The opening of the North/South metro line on Saturday, 21 July 2018 was the first opportunity for many people to become acquainted with Zuidas. ‘In 30 years, I’ve never been here. Now that the metro’s here, I think I’ll be visiting often.’ 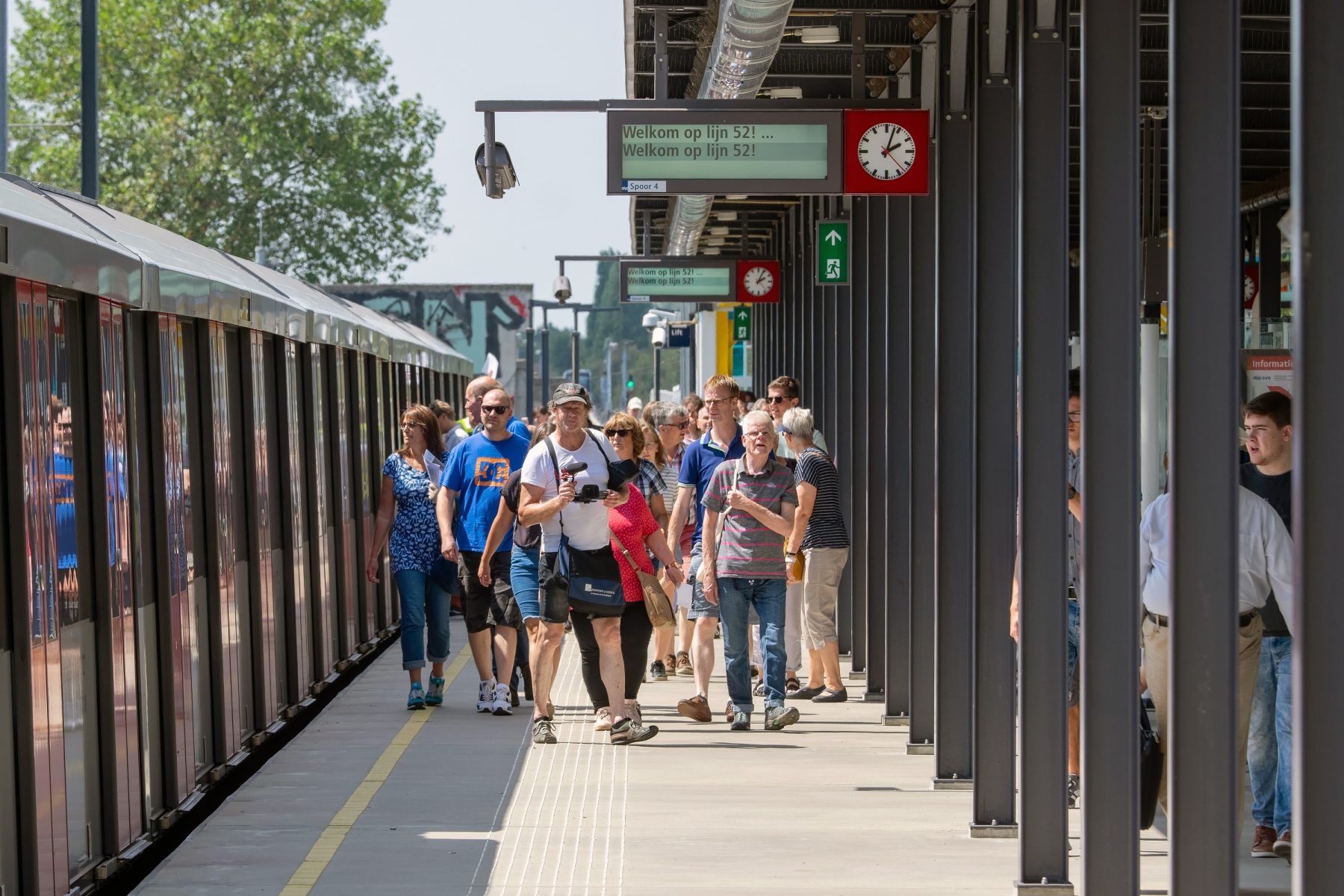 Just a few minutes after 13.00, the very first North/South metro line train arrived. The people who had pre-booked thronged around the access gates. Over the afternoon, everything went so smoothly that the line was soon opened for everyone. 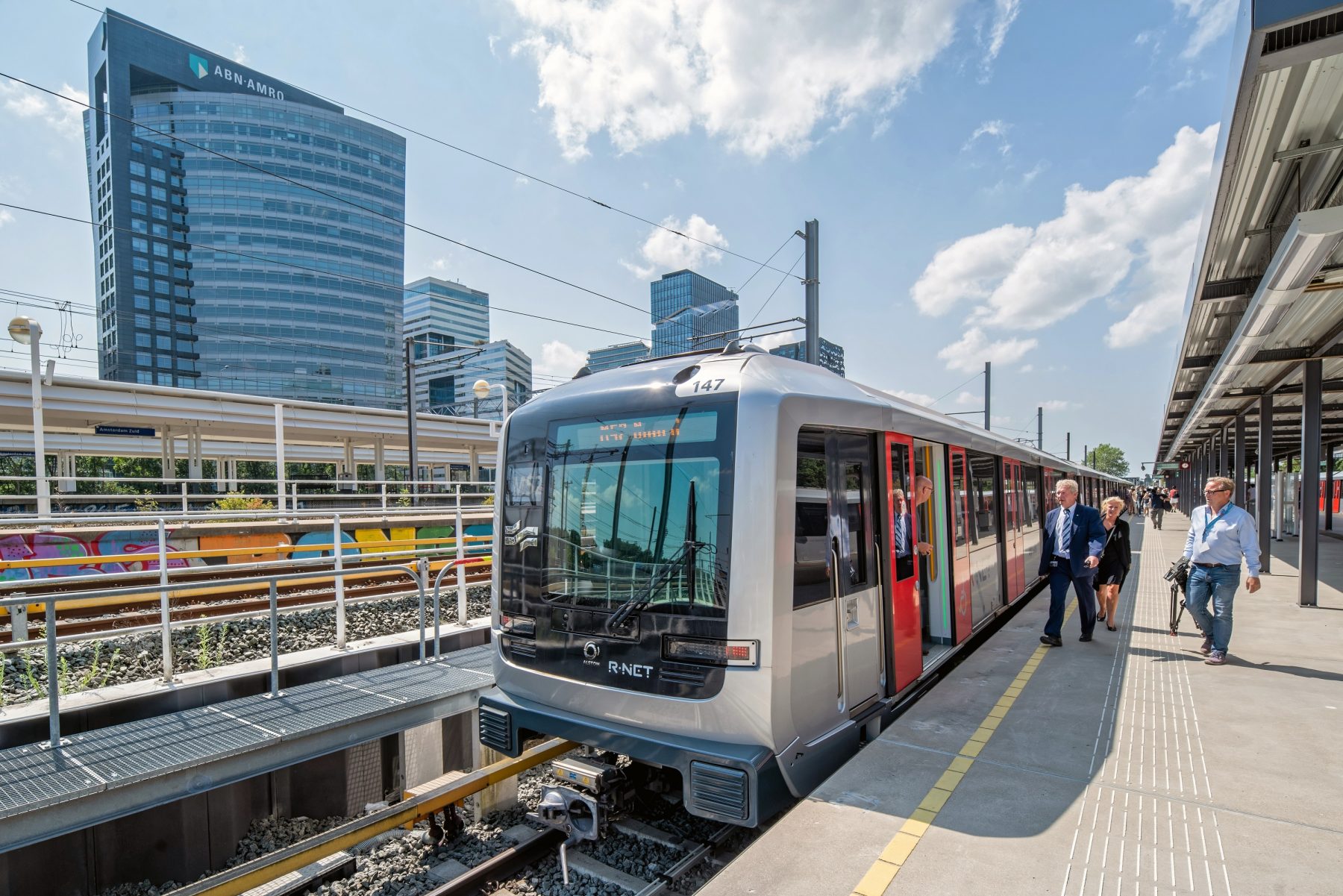 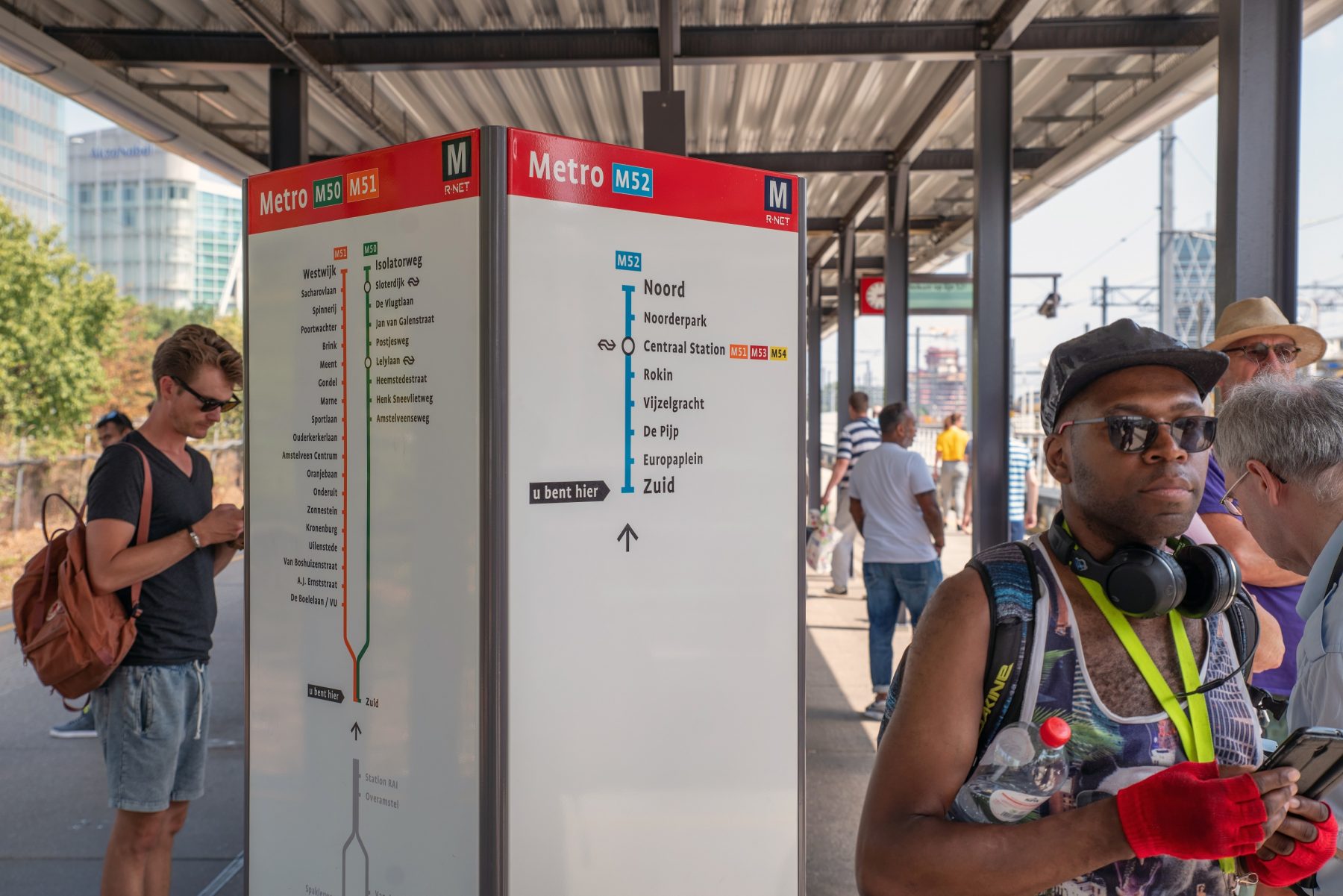 In the underpass beneath Zuid station, people with an interest could take a look inside the new station thanks to 3D animations. Although Zuid station may now be the ‘ugly duckling’ of the North/South line, in ten years’ time, it will be a beautiful swan. Not just for people travelling on the metro, but also for train passengers.

3D-animations of the new railway station on tablets 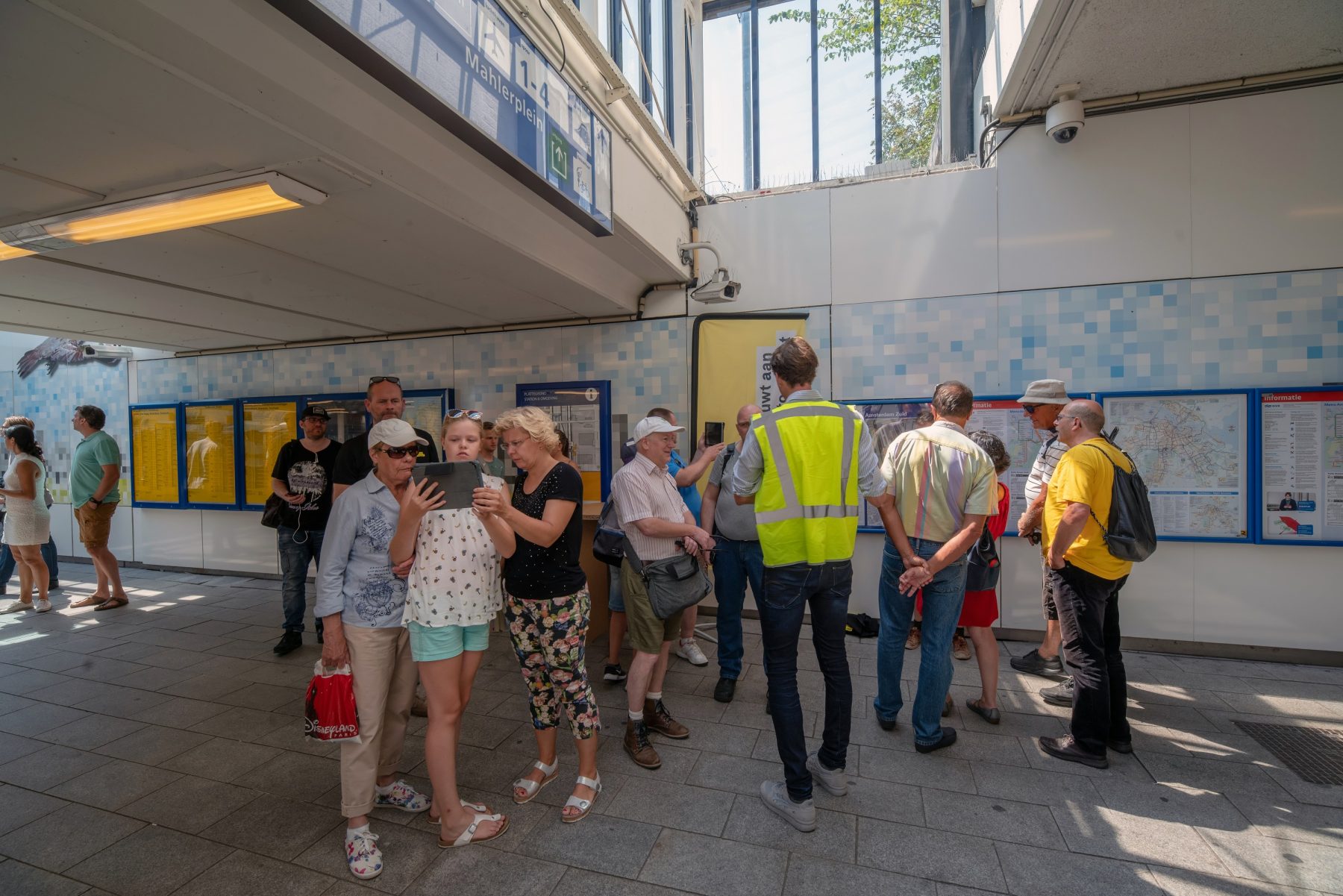 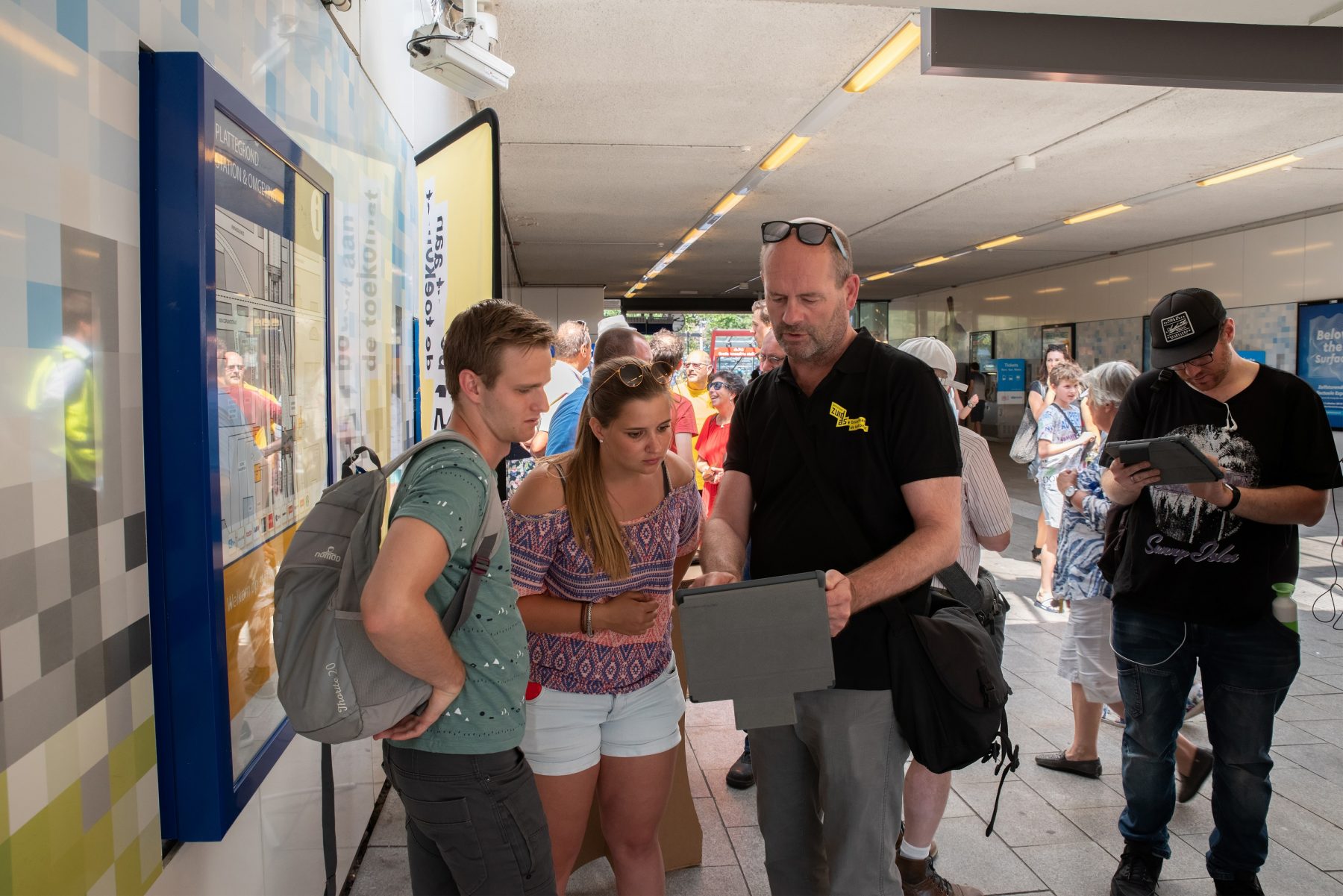 Getting to know Zuidas

Some members of the public took advantage of the occasion to get to know Zuidas and find out more about Zuidasdok. In Circl, the circular pavilion on Mahlerplein, we used words and pictures to explain the metamorphosis that Amsterdam Zuid station is set to undergo in the years ahead. For lots of people, this was their first visit to Zuidas – or a re-acquaintance after many years. It resulted in quite a few surprised and astonished reactions. Some even thought they were in Manhattan, others were amazed by the peace and quiet. ‘How can it be so quiet here when just a kilometre away you’re stumbling over tourists?’ 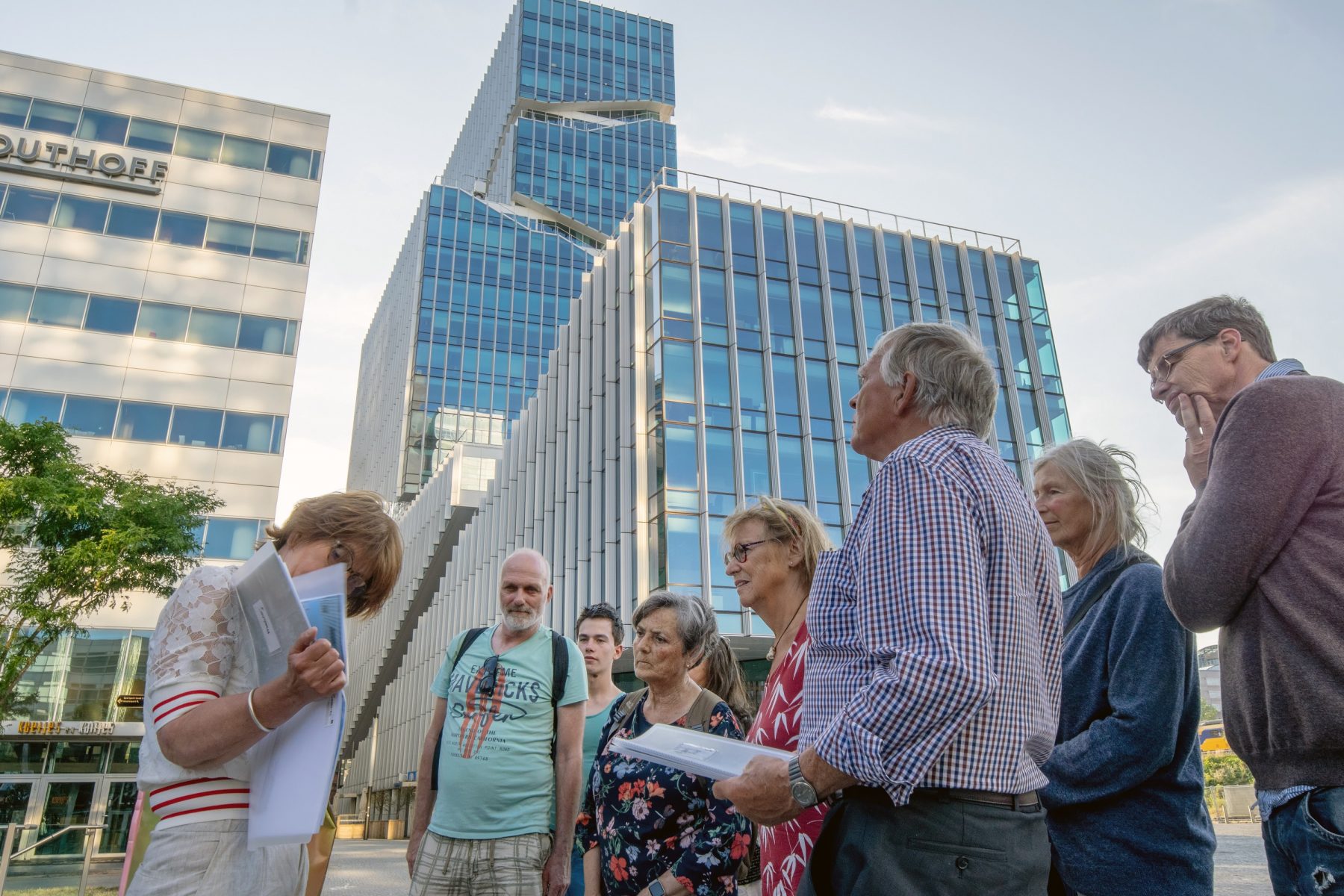 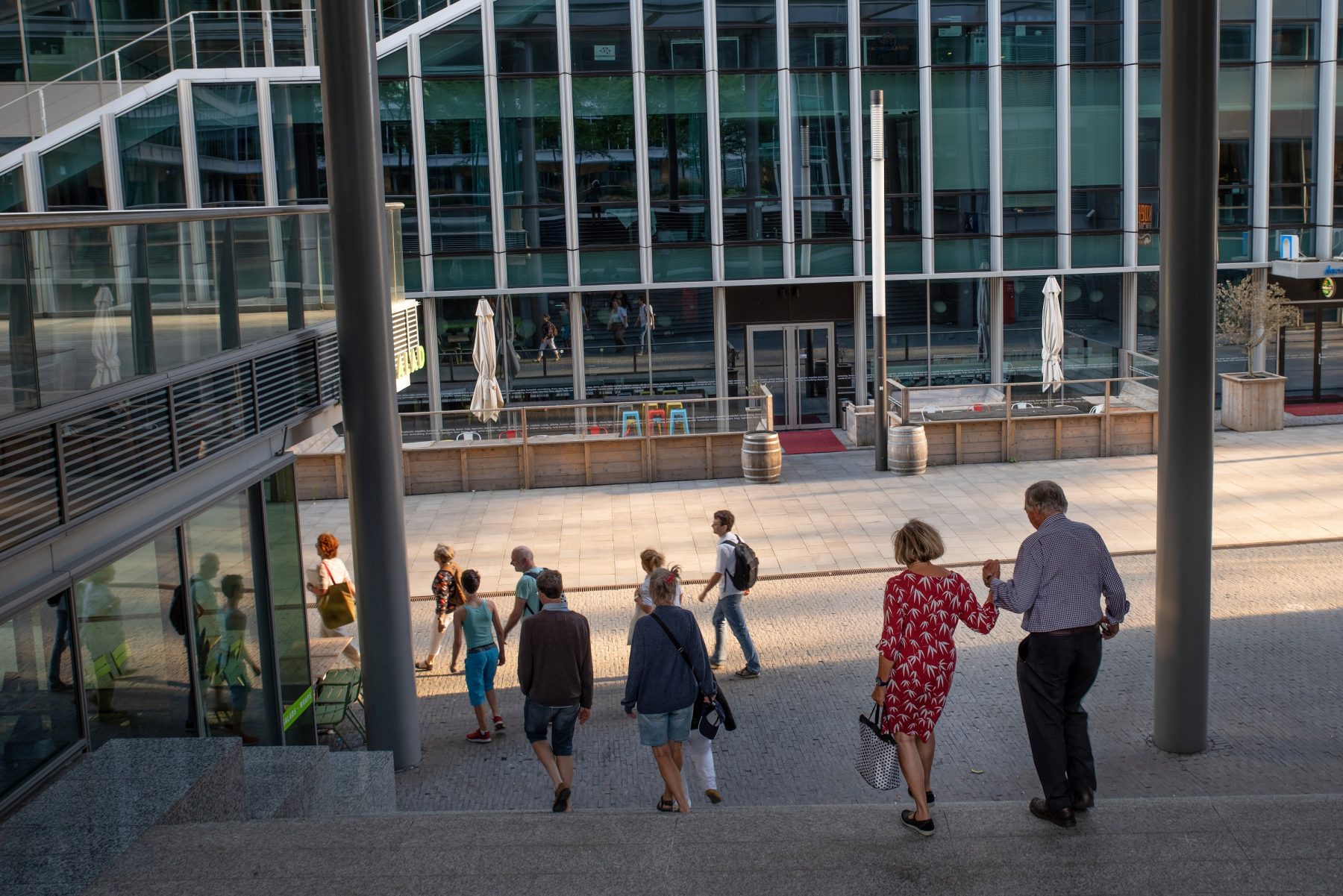 "In thirty years, I’ve never been here. Now that the metro’s here, I think I’ll be visiting often."

The plans for Zuidasdok – widening the A10 Zuid and moving it underground, and the complete renovation of Amsterdam Zuid station – also came as a surprise to many. Just as the euphoria about the opening of the North/South line quickly superseded the annoyance over its construction, so visitors to Circl felt a sense of pride about Zuidasdok: ‘Yet another stunning infrastructure project.’ Of course, there were also plenty of people with reservations about the timescale (completion in 2028) and the estimated project costs (€ 1.9 billion). ‘It’s not the first time we’ve heard that.’ We organised various excursions, all of which were fully booked well in advance. The people from Circl explained all about their circular building. We also gave visitors an opportunity to get to know the architecture in Zuidas, its art and the green roofs. It was a warm and unforgettable day. The former courthouse in Parnassusweg will soon be home to a museum of modern art. Until then, the building is being put to good use by artists. Dorette Evers has even transformed the two raised beds in front of the building into a paint garden.
July 12, 2022 2