Building work on Zuidasdok is set to continue. As became apparent on 26 March 2020, the exploratory study carried out by the Minister of State, Sybilla Dekker, was enough to convince the administrators. Instead of suggesting ways of economising on the plans, Dekker argues the case for expanding the ambitions. 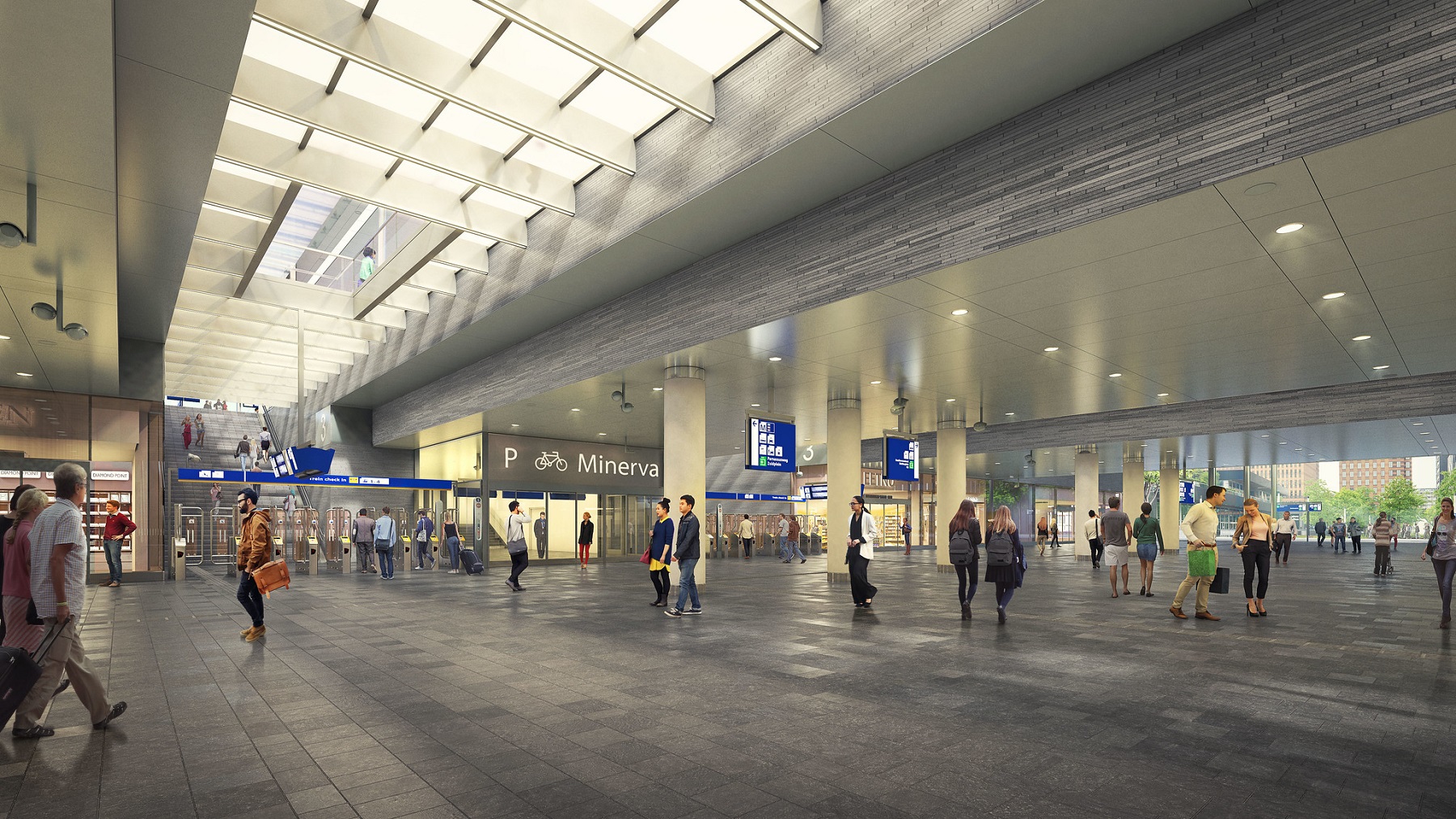 The exploratory study of the benefits and necessity of the Zuidasdok project was a venture into the past, present and future for Minister of State, Sybilla Dekker. While working as Minister for Housing, Town and Country Planning and the Environment from 2003 to 2006, she and the then-Alderman Duco Stadig laid the first stone for the very first home in Zuidas. Her recent exploratory study involved a thorough investigation of Zuidas in the present day, while the report itself focuses on the future. ‘It was a challenge that I couldn’t wait to take on.’

After having accepted the job, Dekker first went for coffee with the various parties involved. She wanted to assess the impact that her report would have on the decisions they would subsequently make. ‘The administrators wanted a short answer to the question about the benefits and necessity of the Zuidasdok project, irrespective of my findings. I understood their wish and it gave me a good starting point for my exploratory study.’

People have been discussing, calculating the costs and designing Zuidasdok for over two decades now. Isn’t it a bit late to be considering the benefits and necessity of the project? Dekker doesn’t think so. ‘If a major project like this takes longer and costs more than you’d expected, and if the collaboration with the consortium carrying out the work isn’t running smoothly, it’s only natural to ask some very fundamental questions. Don’t forget that politically, this is a very sensitive subject. Ministers and aldermen have a huge responsibility for explaining and clarifying the basis on which they make particular choices. This basis has now been re-established and embraced by all of the administrators.’ 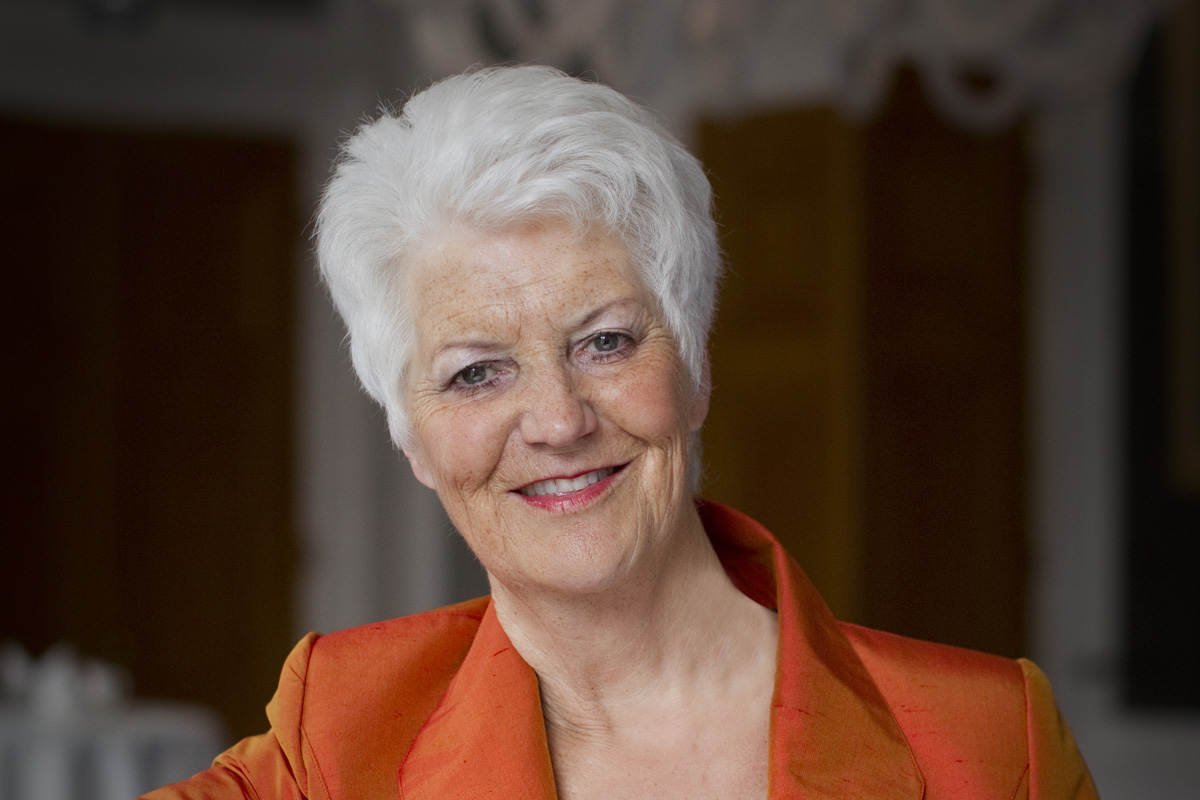 Exploring the potential for economising on the plans for Zuidasdok was an important part of Dekker’s exploratory study. She spoke to countless interested parties, including businesses, developers and residents, to gain a general impression of how people viewed Zuidasdok. ‘It was striking that throughout these discussions, everyone seemed to return to the significance of the Zuidasdok project: its significance to Zuidas, to Amsterdam and to the region as a whole. People were interested in the importance of a better transport infrastructure, increasing the capacity and improving accessibility. I also noticed that many of the discussion partners felt encouraged by the success of the new North/South metro line in Amsterdam. This project received a lot of serious criticism during its construction, but everyone feels vindicated now.’

In her report, Dekker recommends the completion of ‘at least the current plan’. This sounds like a veiled reference to more ambition. ‘It is, particularly with regard to the plans for Amsterdam Zuid station. To put it diplomatically, the existing plans for renovating the station are a little restrained. This station will be used by around 300,000 passengers per day – workers and students, people from Amsterdam and further away. And when Amsterdam Zuid becomes a terminus for international trains, for a lot of foreign visitors too. What’s more, the station will be surrounded by spectacular architecture. Zuidas exudes ambition. The public transport hub should be a jewel in its crown. Look at what’s been achieved in other cities with centres like Zuidas elsewhere the world. I think we should raise our ambition level for Zuidasdok.’

Dekker’s ambition does not only stem from a wish for more allure. ‘If we are to serve the interests of all the people that will pass through this station, we definitely need more ambition. The number of passengers has already reached the number that was predicted for 2025 three years ago, so we’re several years ahead of the prognoses. This is largely because the economic growth of the past few years has increased the activity in Zuidas. The businesses, residents, Amsterdam UMC, and of course the huge number of students and staff going to and from the VU University are all contributing to this activity. At the same time, improved accessibility, partly thanks to the North/South metro line, has been a boost in itself. In places where transport connections are good, the need for even more good connections only increases. We must understand that this process is set to continue in the years to come. Investors also consider the long-term accessibility; this was made abundantly clear during my talks with them. They are keen to develop in Zuidas, but only on the condition that the infrastructure develops with them. Here, too, we must demonstrate ambition, and show what a fantastic transport infrastructure is being created in the south of Amsterdam.’

One of the trickier aspects of Dekker’s motivating study is that on the one hand, her document is stressing the urgency of the project, while on the other hand, the message seems to be that things are going to take longer than expected. ‘This makes it difficult. I’ve examined the potential for speeding things up, but there isn’t much leeway in this respect. This means that we must pay more attention to the quality of life in and around Zuidas during the prolonged construction phase. It also means that the commissioning parties must shine the spotlight on Zuidasdok: they must highlight the prospects and show that building work on the Zuidasdok project is a tour de force, something to be proud of. Yes, it’s going to take a long time, but we need to exude optimism. My exploratory study is now the dot on the horizon. The administrators have embraced it. It’s time to get down to work.’

The visual artist Cesare Botti has created an artwork on the wall of the old parking garage of Atrium, opposite hotel INNSiDE. This is a Zuidasdok initiative. Botti’s ‘Mural Carnival’ is temporary: the Brittenpassage will be located here in a few years’ time.
werken-en
December 30, 2020

From mid-March 2020, the offices in Zuidas were more or less empty. Most schools and amenities were closed. As in the rest of the country, local residents had to adapt their day-to-day lives. But what about the Zuidas builders? They continued their work.
June 22, 2020

In the coming years, new contractors will be responsible for parts of the Zuidasdok project. Rather than being awarded to a single contractor, the project will be put out to tender again, this time in packages of related work. A market consultation will take place on 26 June 2020.
More posts