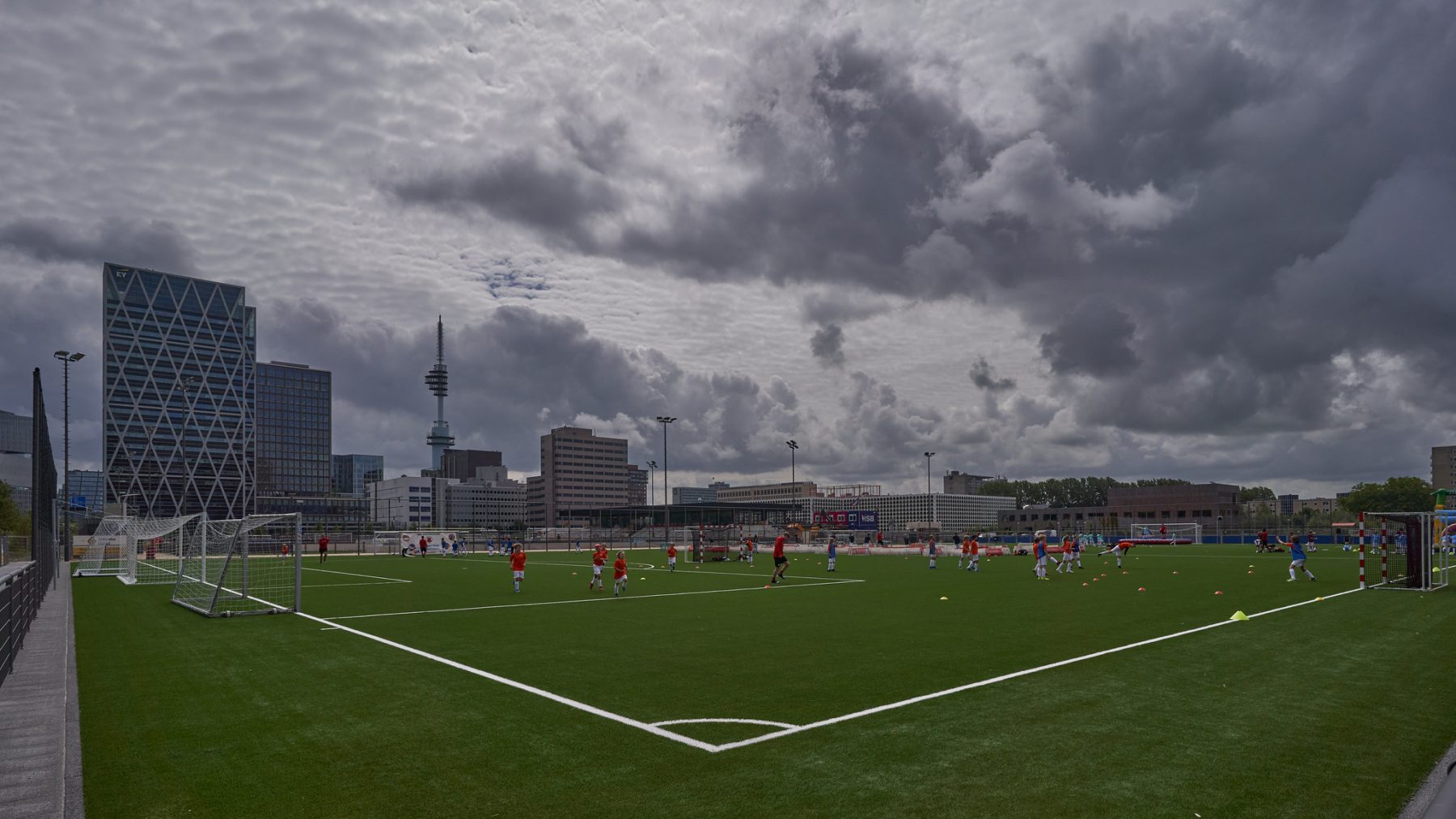 De Haan certainly wasn’t happy about that but does understand the reason why children would want to have a sneaky game on the pitches. ‘There’s clearly a lot of demand for football pitches. And such a large empty field like that is bound to be attractive. Even if – or perhaps because – it’s surrounded by construction site fencing.’ Unfortunately, this did mean that fencing was often down or broken open and repair work needed to be done on the pitches. ‘Obviously, that’s far from ideal and also a waste of time and money.’

Fortunately, the two pitches are now completely ready. De Haan: ‘The final work was done on 16 July 2020.’ This was not on the pitches themselves, which were already being used. ‘The work involved installing pitch-side advertising railings.’ The construction fencing has been moved and the new pitches have now become an integrated part of the sports park. ‘With the addition of the new clubhouse, also scheduled for completion this year, it’s all starting to look much nicer.’

But it’s certainly not all over yet: work on the final pitch will begin when the neighbouring building Valley has been completed in 2021. There will be five pitches in total: one of them was completed in a much earlier phase, the new main pitch was opened at the end of 2019 and the two new pitches are now ready for use.

The transformation of Tripolis Park has reached an important phase. A year and a half after the start of construction, work is now underway on the exterior. It is turning out to be quite a puzzle. ‘The original complex has more than 1,700 different window frames, all of which we had replicated.’
werken-en
July 9, 2021 1

Changes made to plans for area around temporary court building

As we have reported before, there are plans to build homes and offices on the site where the temporary court building currently stands. Those plans have now been modified in order to achieve the best possible quality for future residents. The new design chosen features a base building with two towers.
wonen-en
July 7, 2021

The visual artist Cesare Botti has created an artwork on the wall of the old parking garage of Atrium, opposite hotel INNSiDE. This is a Zuidasdok initiative. Botti’s ‘Mural Carnival’ is temporary: the Brittenpassage will be located here in a few years’ time.
More posts