The preparatory work has been completed. Two concrete structures, weighing a total of more than two million kilogrammes, have been lifted out of their formwork and moved several centimetres to test whether everything is in order. The result: the real work can now begin in earnest. 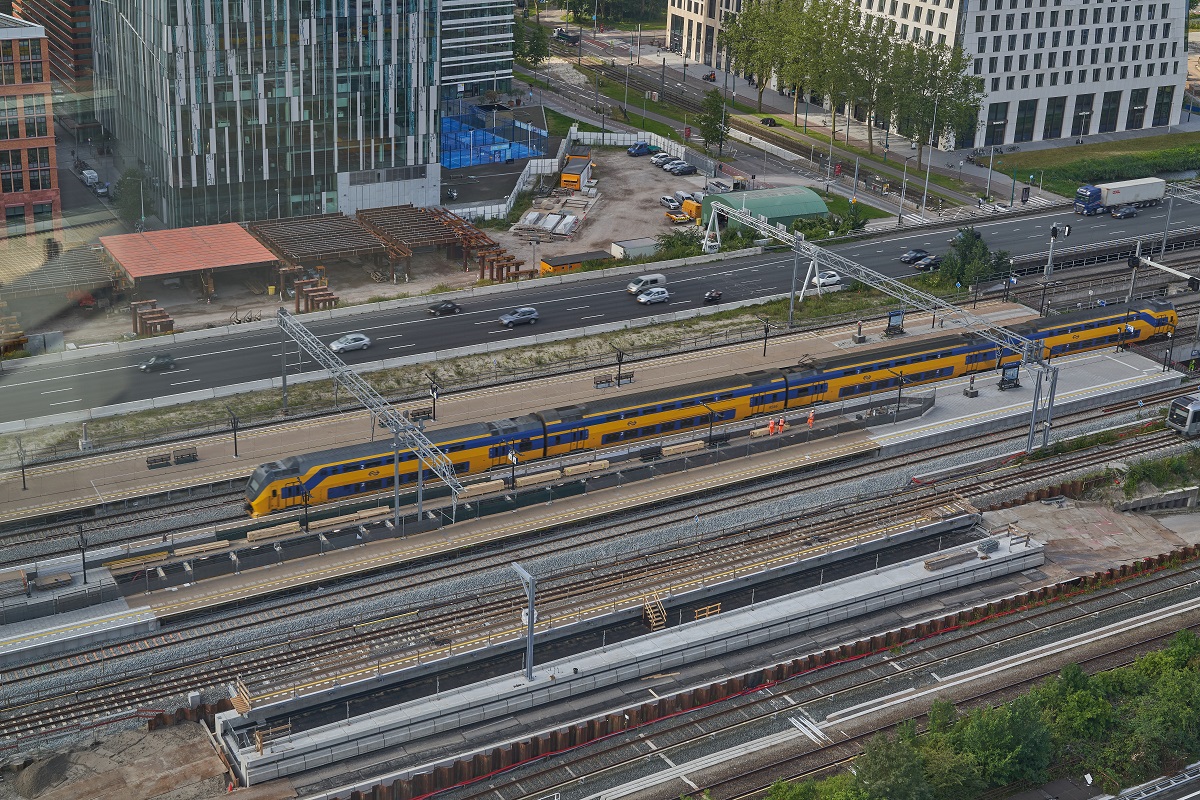 After almost a year of preparation, it’s actually happening: two sections of the roof for the additional underpass at Amsterdam Zuid station will be moved into position on the morning of Saturday, 21 August. This means that, starting at 20:00 on the evening of Thursday, 19 August, there will be a reduced train and metro service. Over a week ago, we already removed sections of the emergency platform that is located between tracks 3 and 4. Starting on Friday, 20 August, we will be digging out the soil from under this emergency platform. We will also be removing railway track 4 and metro track 1. 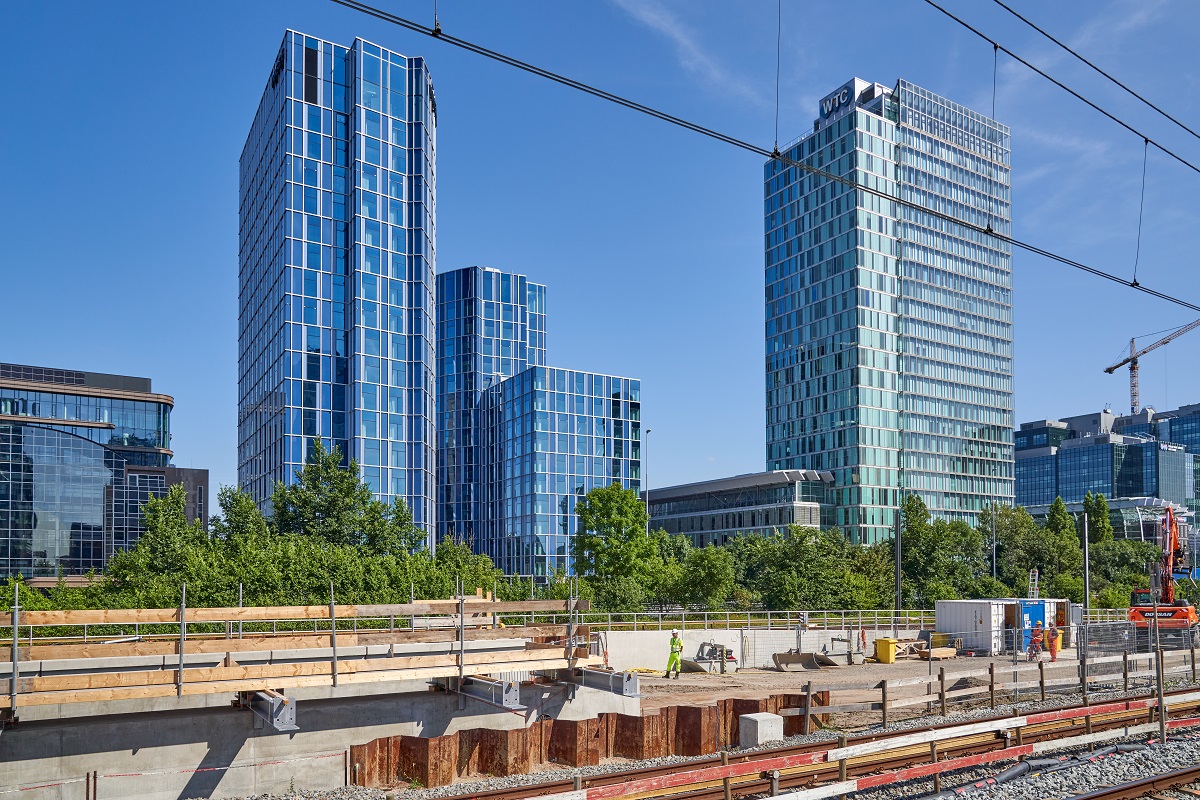 Part of the emergency platform is removed 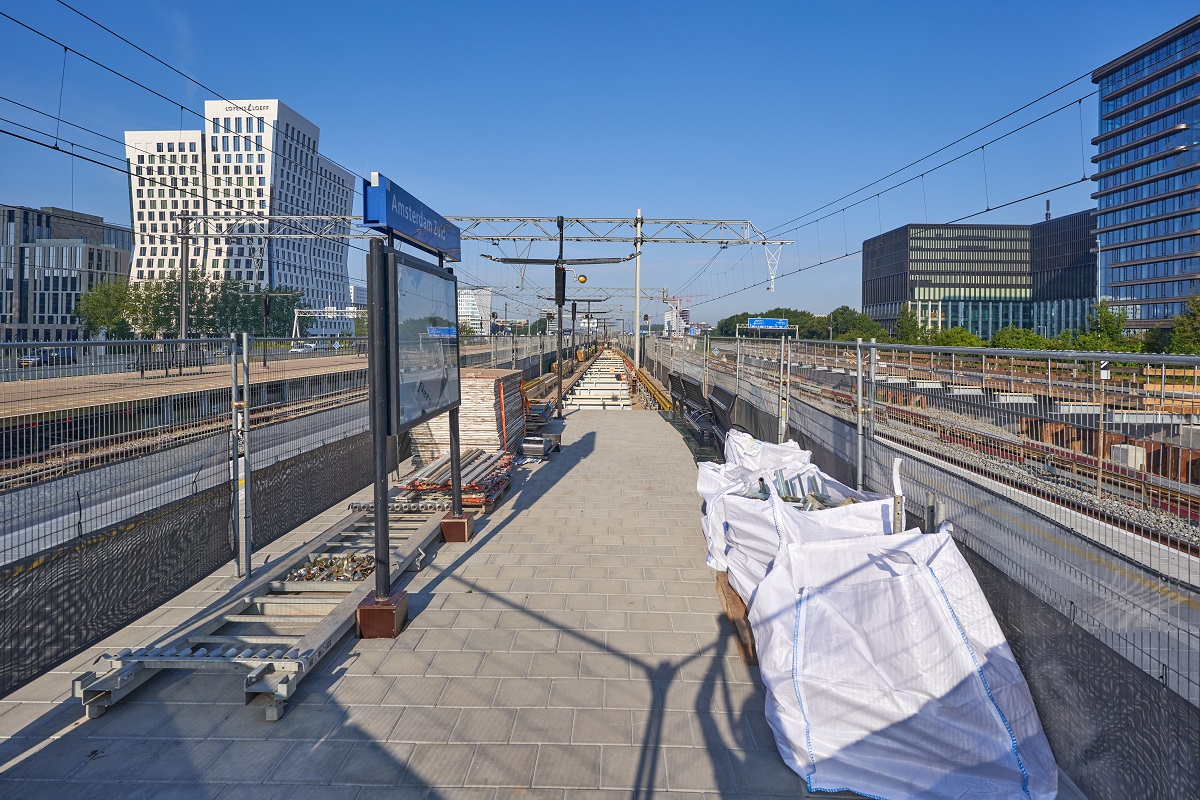 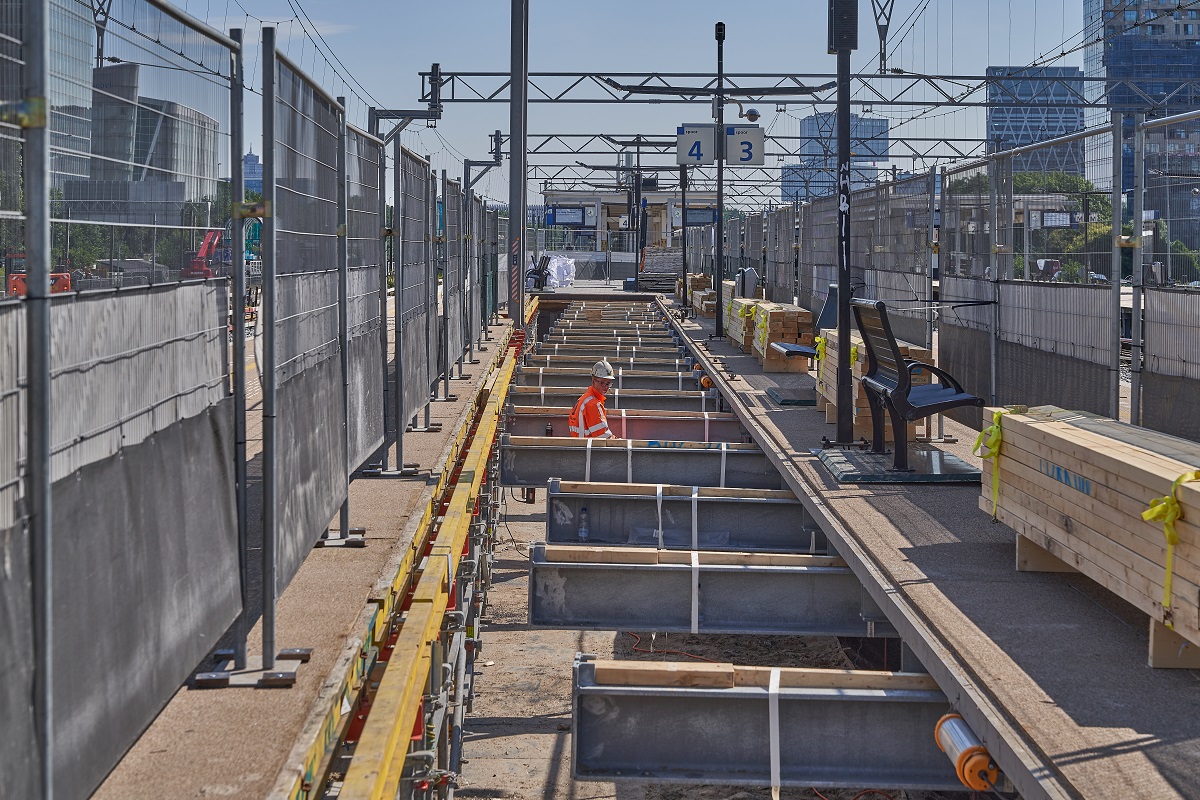 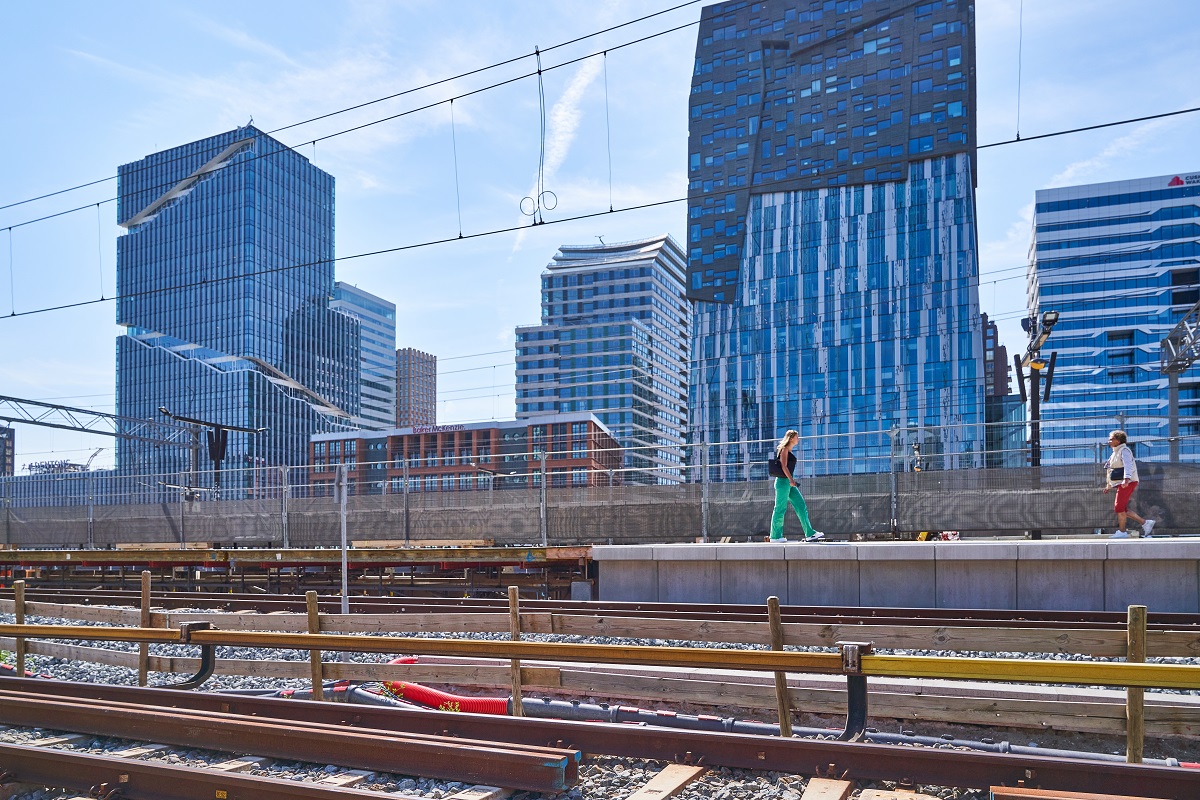 When the tracks and platform have been removed, we will be able to put in place the runners that we will use to shift the concrete slabs into position. Sections of the runners are already in place. There will be four: one at each end and two between them. The last two are support structures: the roof sections are 70 m long and 2 m thick and therefore require additional support. These two central runners will be placed on foundation piles inserted previously.

Sections of the runners
Marcel Steinbach 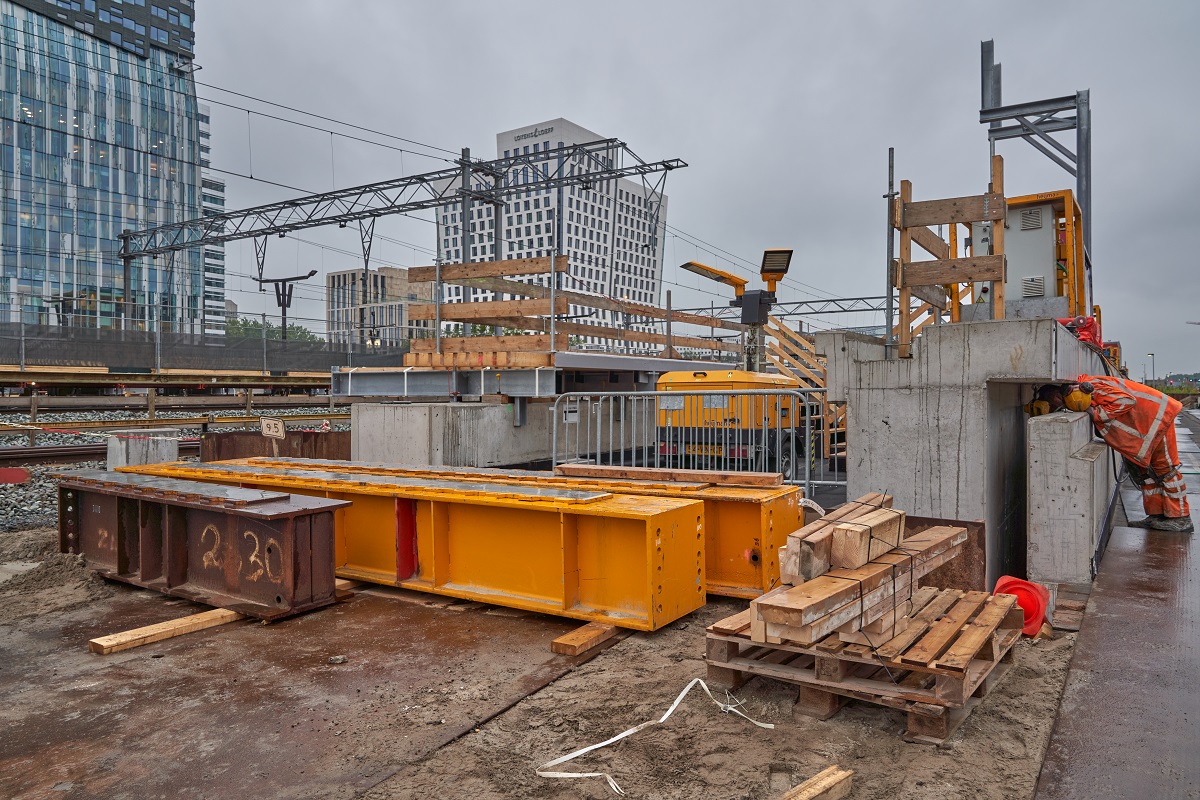 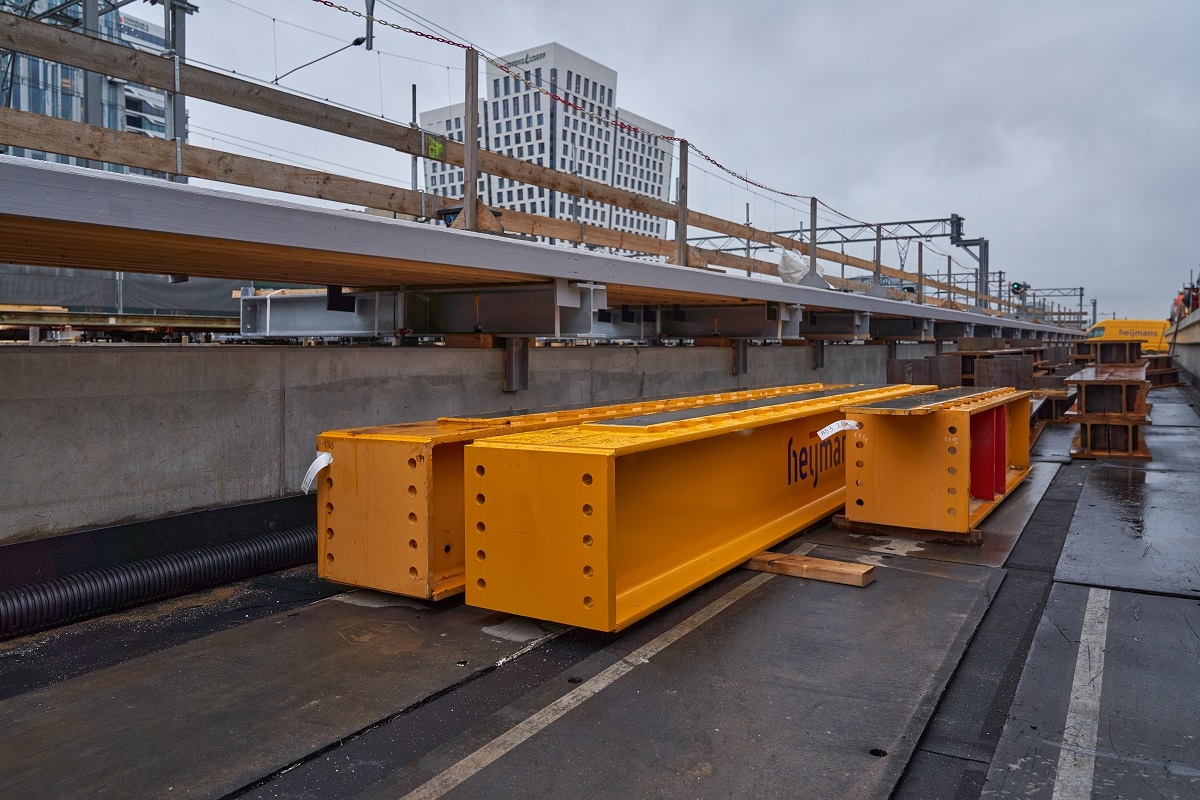 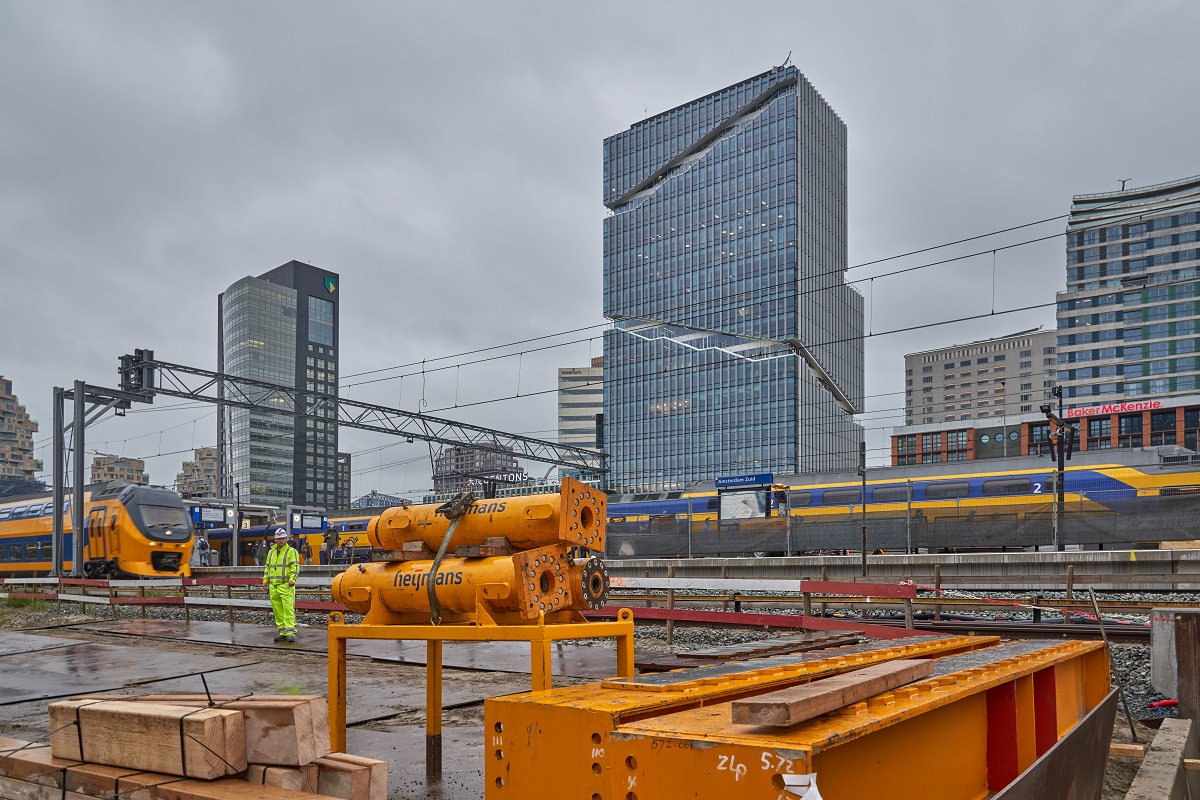 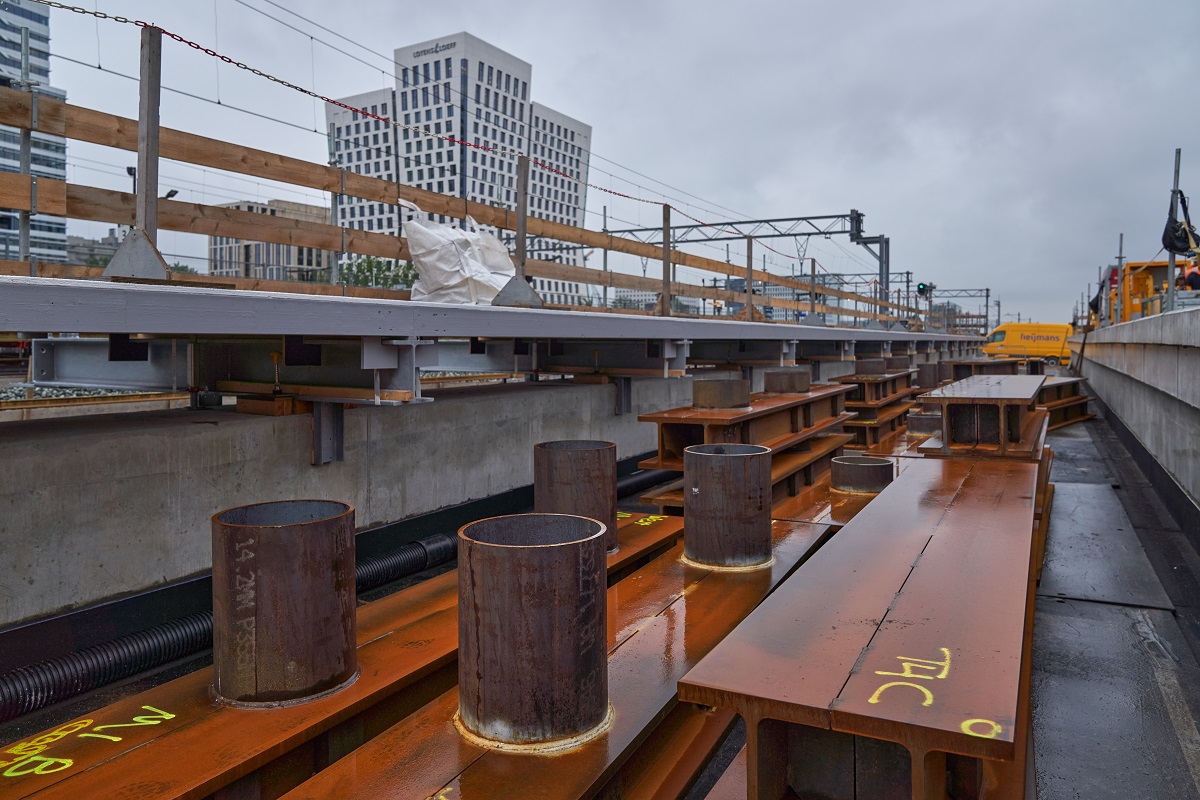 Part of the new platform is also attached to the roof section that will be underneath railway track 4. This will serve as a storage place for materials that we will be using to complete the job this weekend. They include the so-called grippers or jacks that will be used to push the concrete slabs forward. This shifting work will start with mini-grippers that are able to move the two roof sections several decimetres forward in this very limited space. As soon as sufficient room has been created, larger grippers will be used. The grippers will be attached to the runners, to which we will then attach jacks (the tubular units). When the shifting process has reached far enough, we will use another jack behind it to push it further. 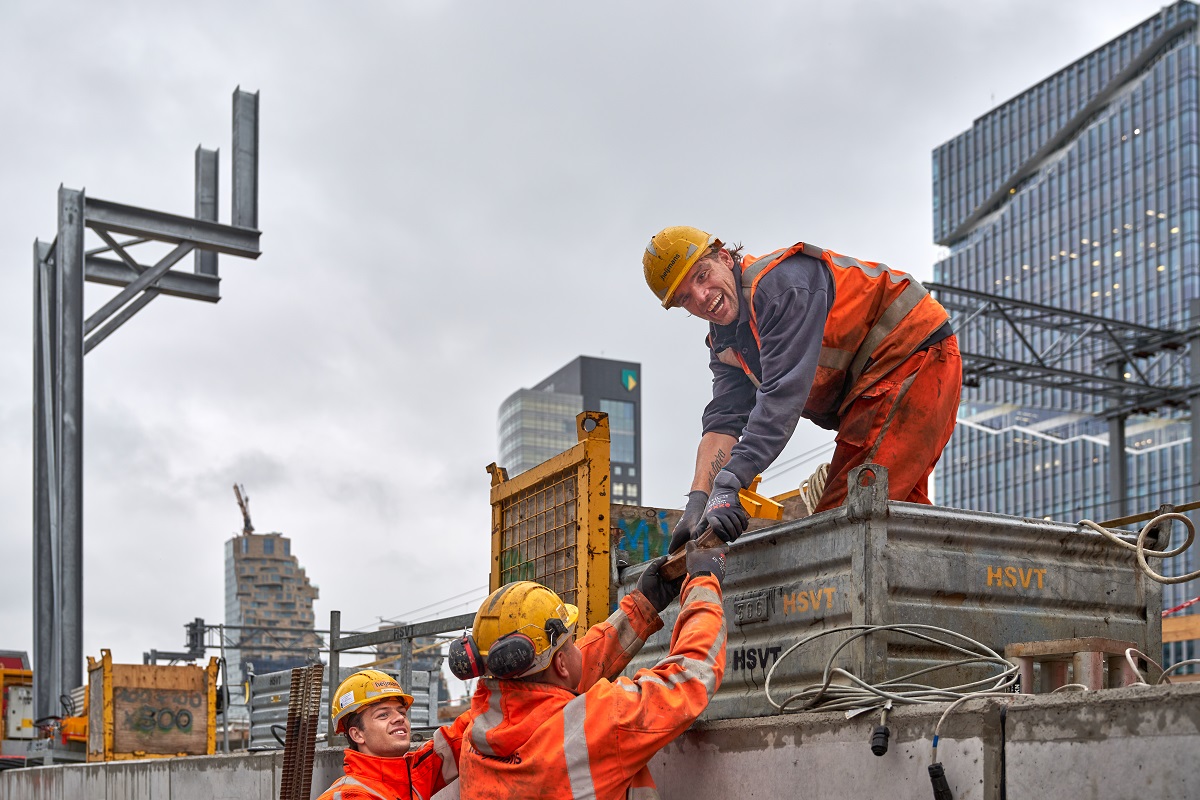 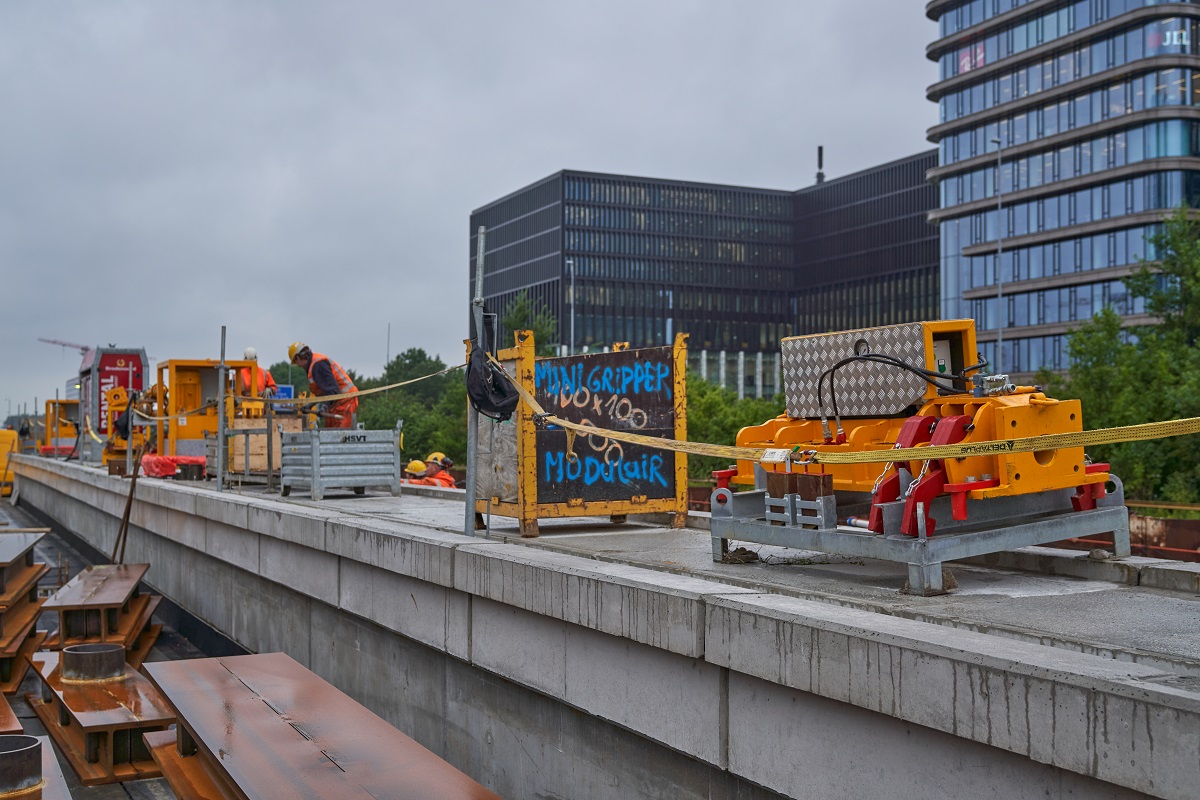 During the shifting process, more and more cylinders will be coupled together 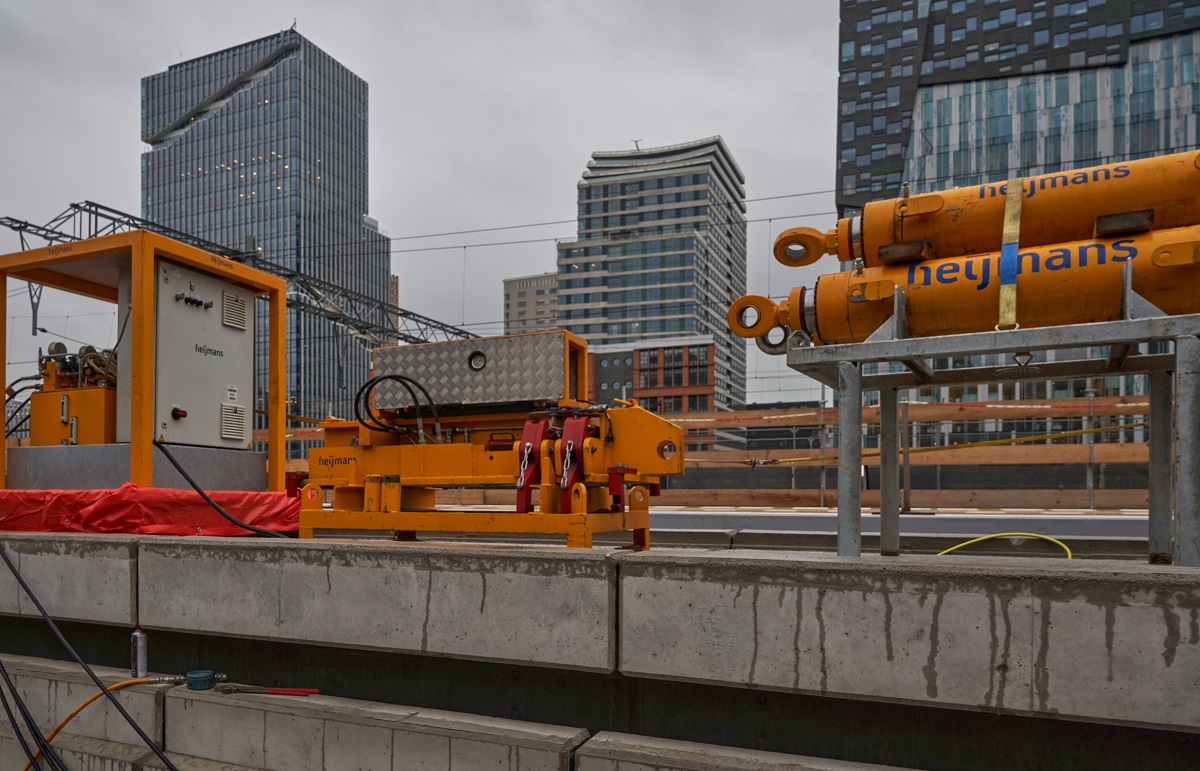 The two sections of the roof have already been lifted (or rather pushed) out of their formwork by jacks. They are now resting on the runners that will take them to their final position. The two roof sections have already been moved several centimetres in order to gauge exactly how much pressure will be needed to get everything moving. 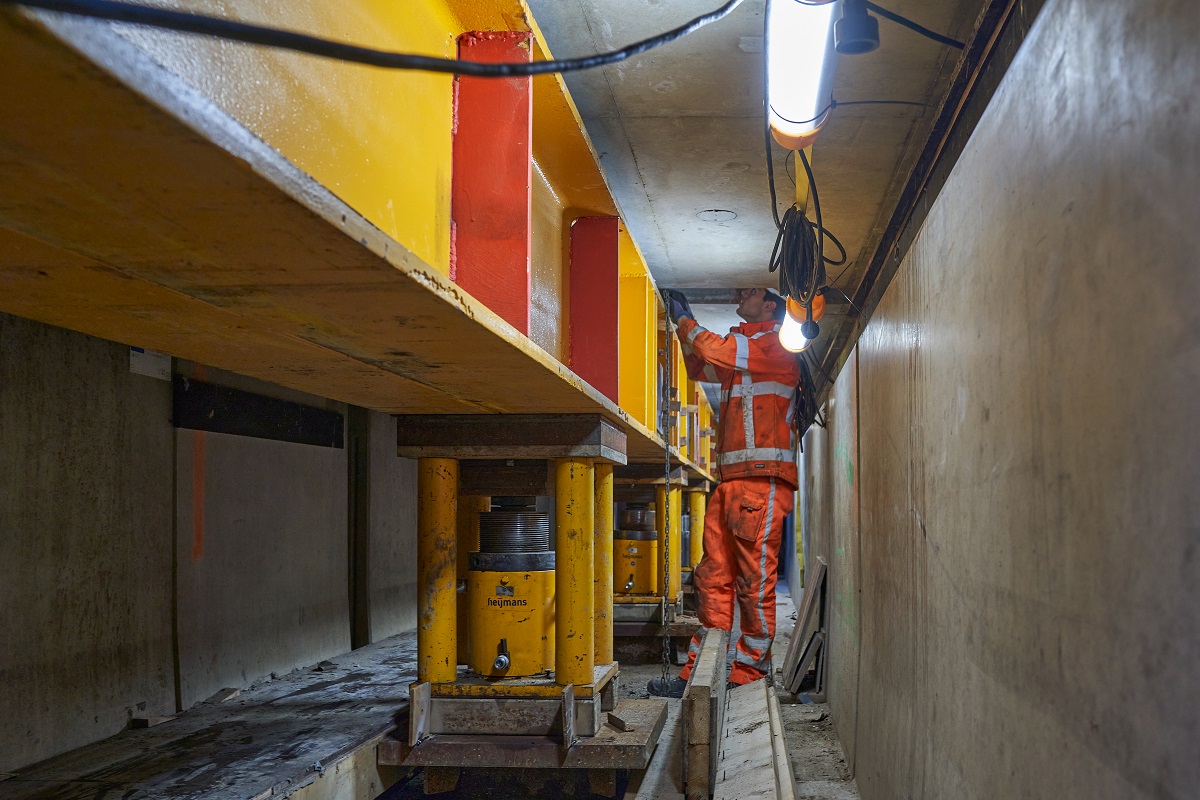 There will be guides between the runner and the concrete 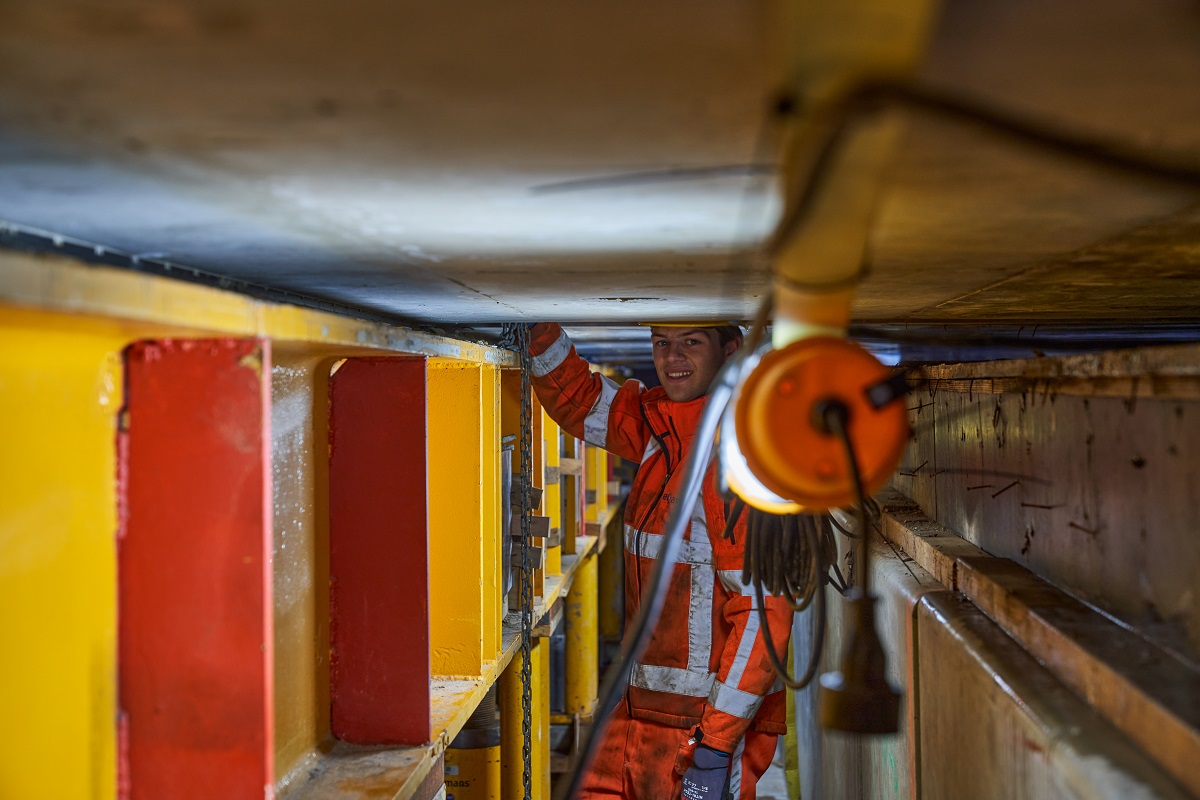 Jacks push the roof sections out of their formwork 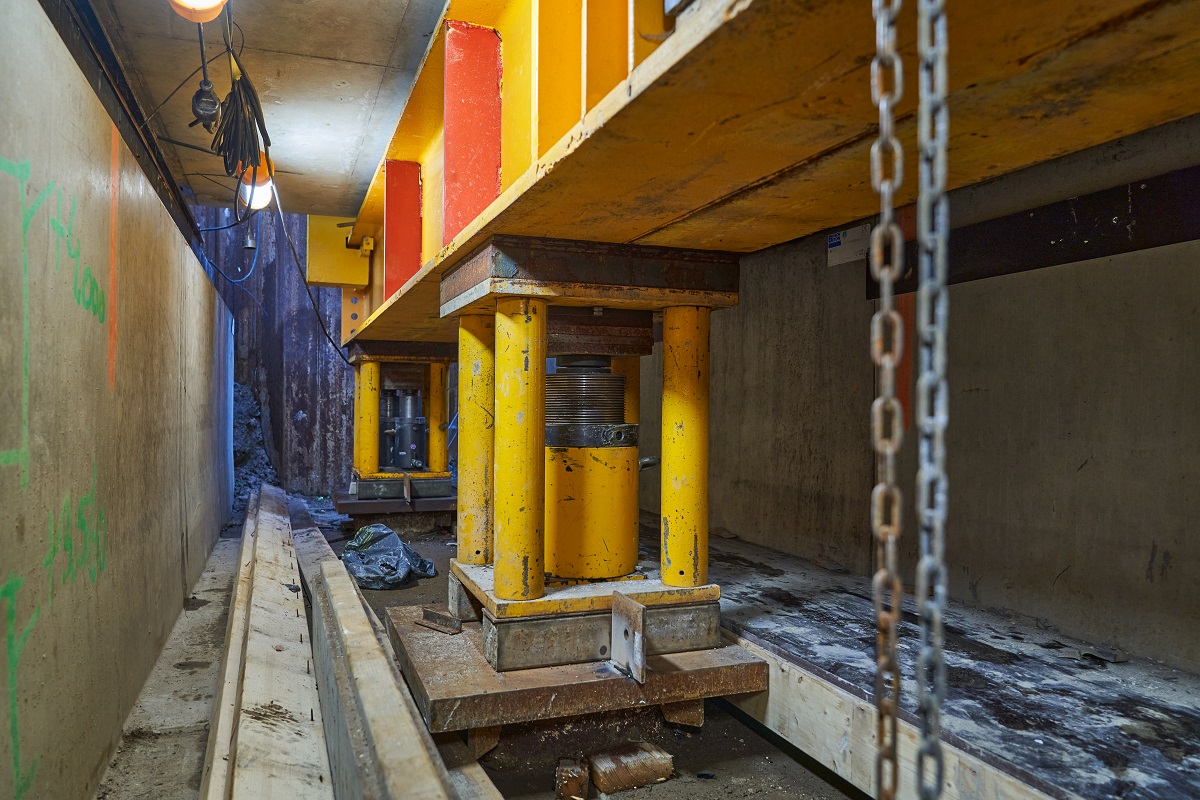 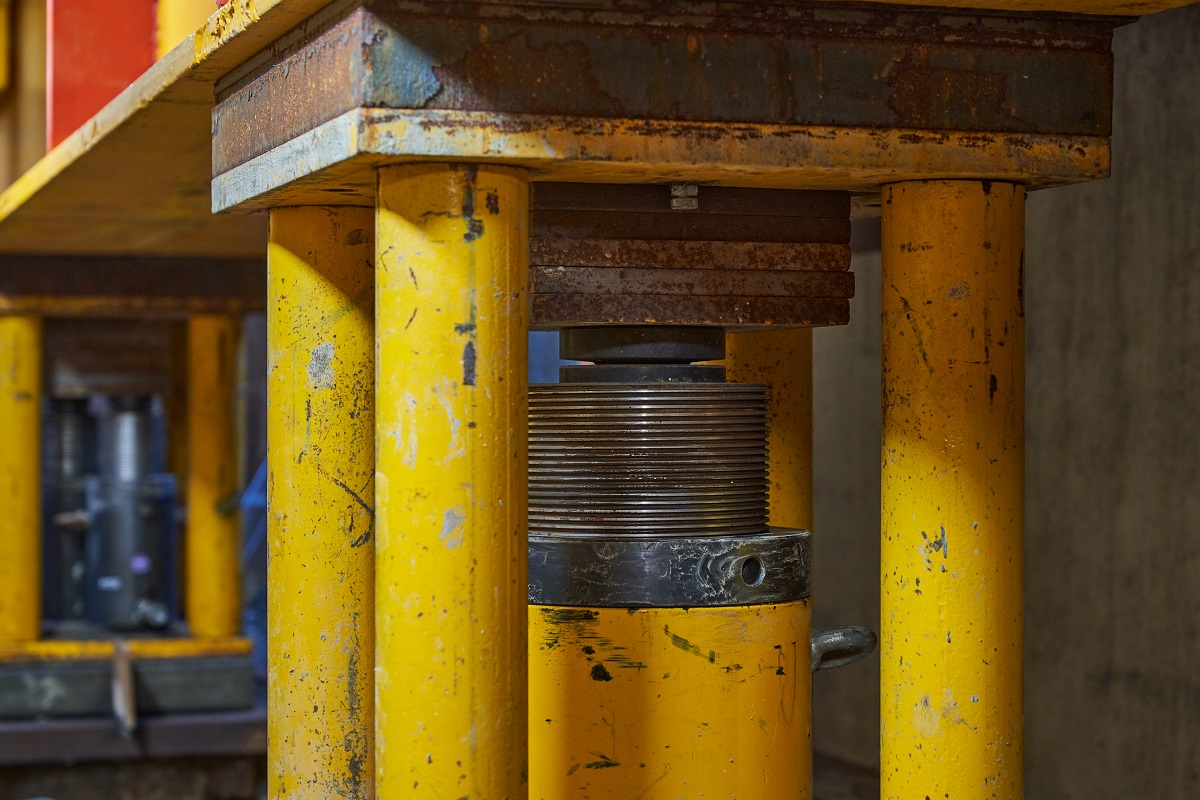 The roof sections off the ground 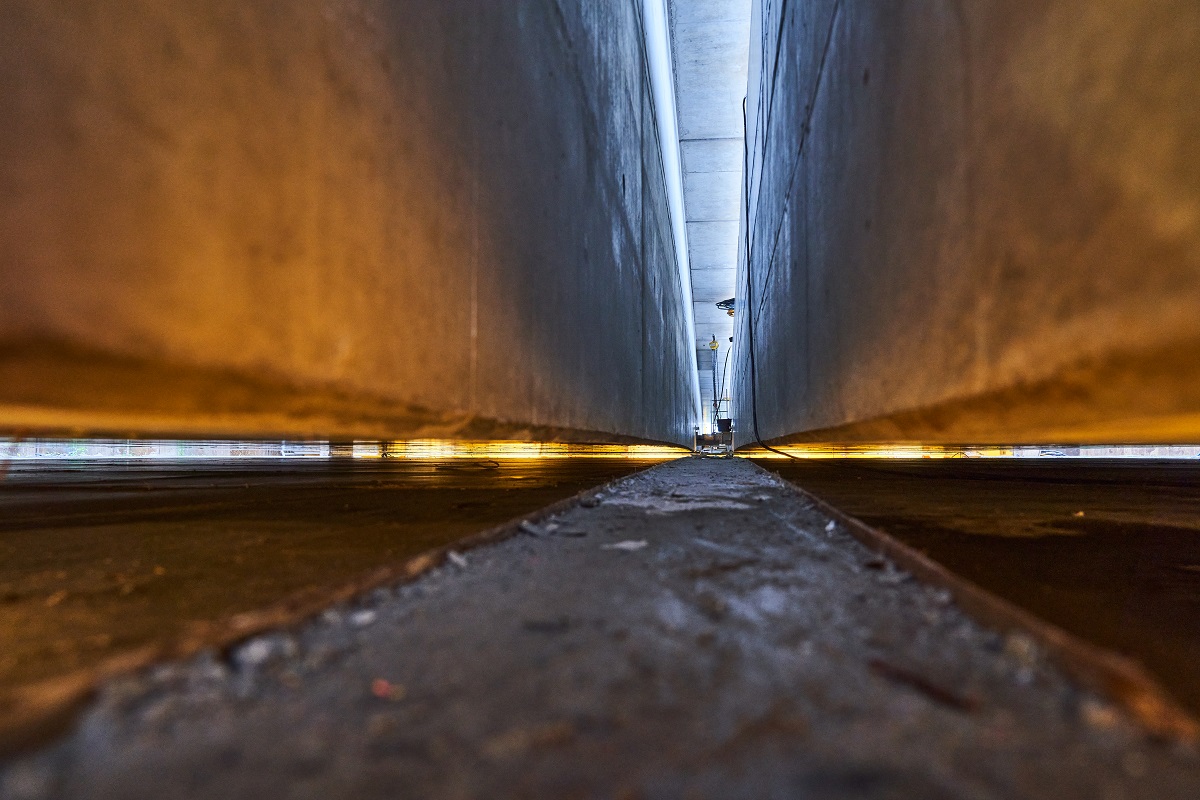 Want to watch as it happens?

You can view the action via two webcams. There are also still limited places available for the live event on Saturday morning.

Amsterdam Zuid station is set to have new metro platforms, between the existing passageway and the new passageway currently under construction. We will need to make space for them. So, how will this be done and how will it affect passengers and local residents?
wonen-en
reizen-en
werken-en
August 26, 2021

Last weekend (21-22 August 2021), we took a major step in the construction of the second pedestrian passageway underneath Amsterdam Zuid station. The work involved installing two enormous concrete roof sections into place for the new passageway. Everything went like clockwork.
More posts