Enjoy a game on the new padel courts

Have you ever heard of the game called padel? A mixture between tennis and squash, it’s played on a brightly-coloured court. Zuidas now has three padel courts in Claude Debussylaan, partly made possible thanks to Amsterdam’s Zuidas district. Fancy a game? 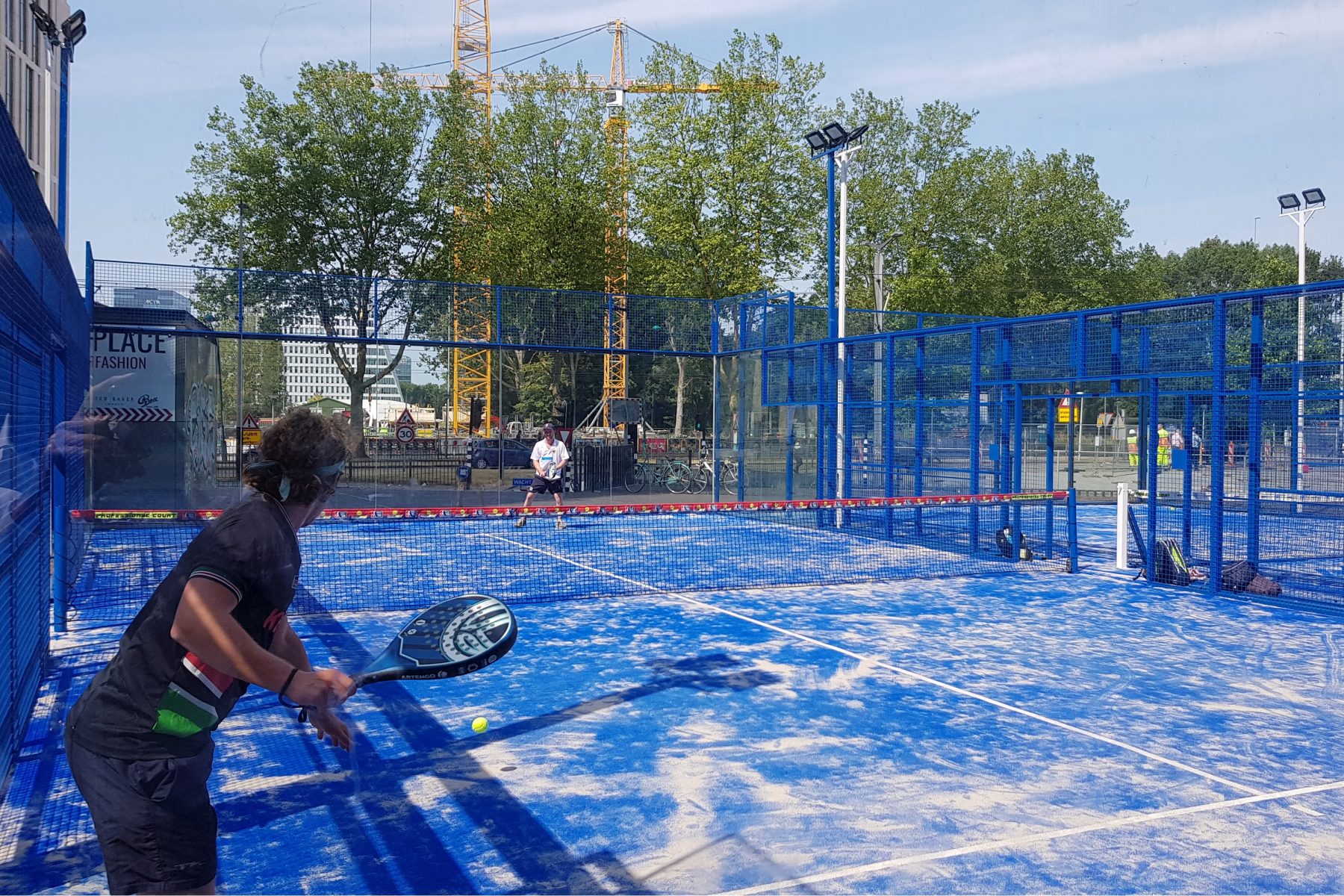 Open since July, the three bright blue courts are located at the end of Claude Debussylaan at the junction with Parnassusweg, an area known locally as ‘de Boog’. The sport of padel has been imported from Spain, where it is extremely popular. In this racquet sport, you are allowed to make use of the walls and it is officially played in fours. The Play Padel Club Amsterdam, established in 2015, has three courts on Olympiaplein. These have proved so popular that three new courts have been added, this time in Zuidas. The new Zuidas courts are professional courts that can host international competitions.

‘Fifty years ago, there was someone in Mexico who had a tennis court, but was too lazy to keep picking up the balls’, explains Erik de Wit from the Play Padel Club. ‘He installed a little concrete wall, so that the ball always bounced back.’ Since then, the sport has evolved and it quickly became popular. This started in Argentina, followed by Southern Spain. ‘Things really kicked off fifteen years ago, when the King of Spain said he played padel in his spare time’, says De Wit. ‘The sport has become amazingly popular in Spain since then.’ It now seems that the game is also gaining a grip on the Netherlands. 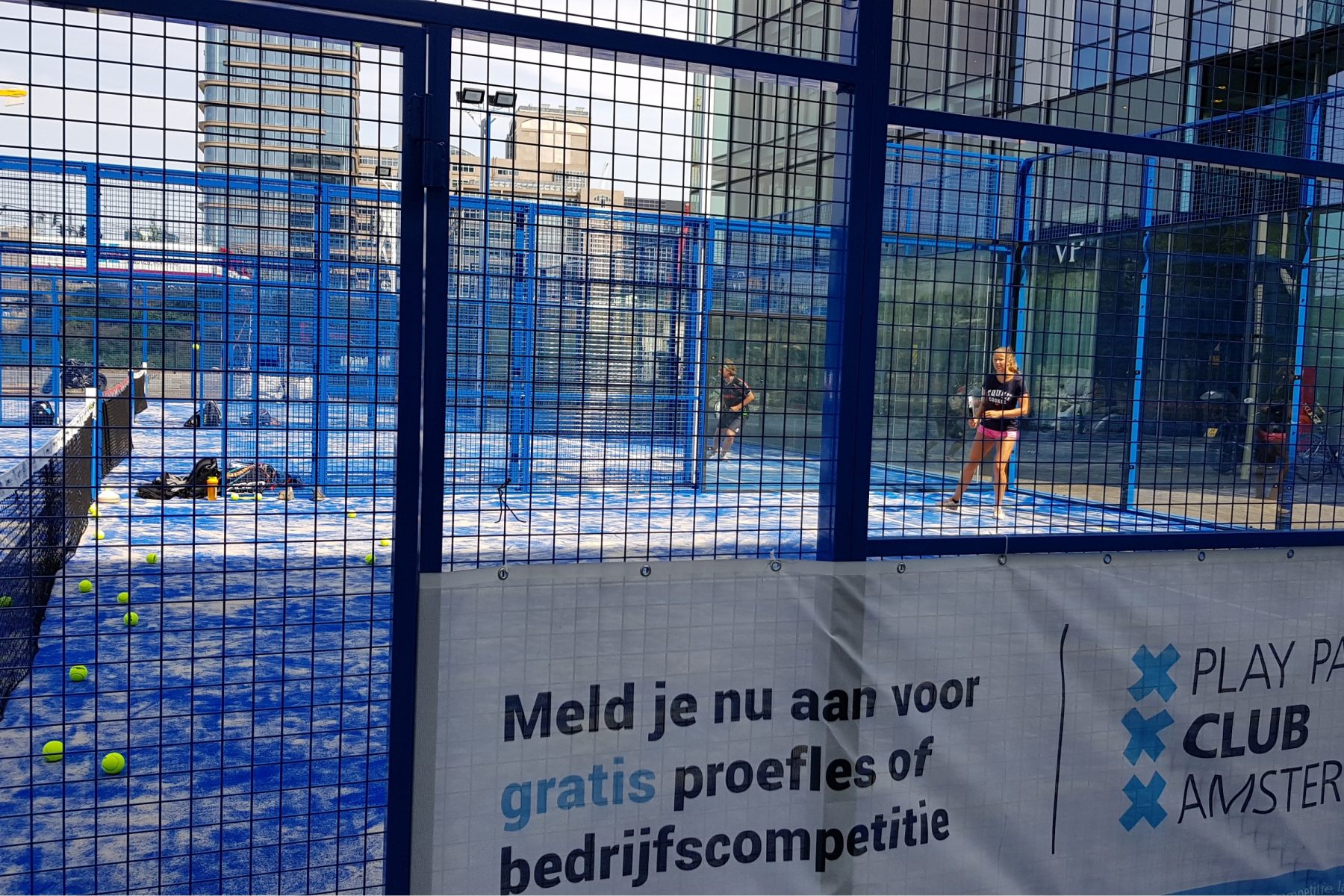 Around five years ago, De Wit introduced padel courts to London’s Canary Wharf business district. Bringing them to Zuidas was therefore the logical choice. ‘The great thing about Zuidas is that you can serve a very wide group of people. This includes businesspeople, but also students and local residents from Buitenveldert.’ De Wit is also trying to open up access to padel to other groups. ‘In London, we have arrangements with schools for them to use the courts free of charge. We also give a discount to people with a city pass. We have plans for something similar in Zuidas.’

Want to try a game?

You are free to play on one of the three courts available. It costs € 20 for one hour. Make sure you book in advance on the Play Padel Club website. Lessons are also available and there are tournaments and socials. The first national padel competition starts in September. For the rules of the game (in Dutch), see the Netherlands Padel Association website.

The former courthouse in Parnassusweg will soon be home to a museum of modern art. Until then, the building is being put to good use by artists. Dorette Evers has even transformed the two raised beds in front of the building into a paint garden.
July 12, 2022 2