Definitive layout of Gershwinlaan side streets set to take longer

The arrangements for the large ‘sunken areas’ (referred to as ‘bakken’ in Dutch) in Benjamin Brittenstraat, Peter Schatstraat and Leonard Bernsteinstraat are taking slightly longer than we would like. The final layout is being decided in partnership with residents. 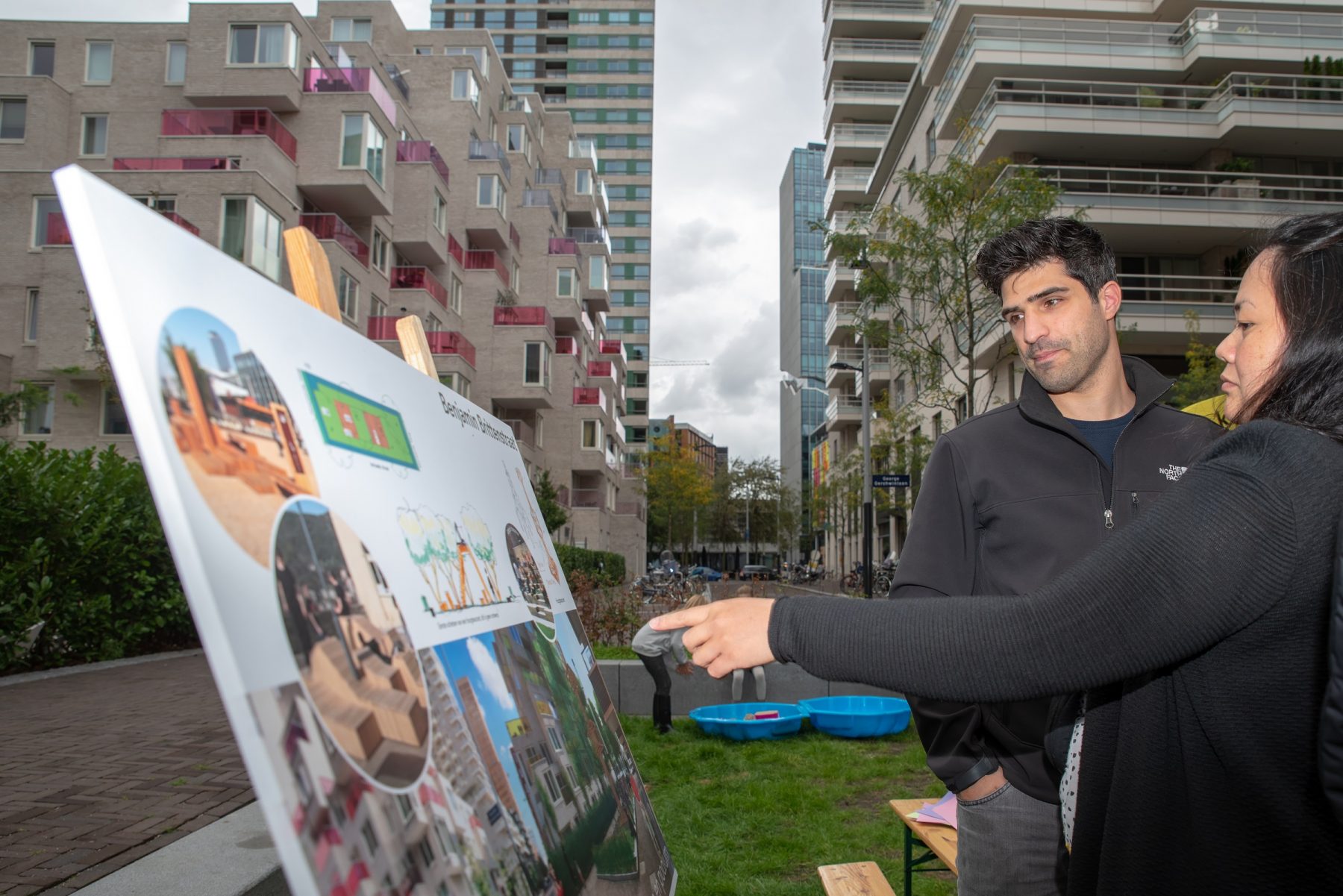 What do residents want the public space in their street to look like? We put this question to the residents of the three side streets off Gershwinlaan. Since April 2018, we have been using an app (the OppApp) to conduct a dialogue with residents. Creating something together in the public space in this way allows all residents to become involved and ensures everyone’s opinions and ideas are given equal weight.

Of course, it emerged during the online dialogue that not everyone has the same idea about what should be in the streets. However, the discussions broadly revealed three key wishes: space for greenery, space to meet each other and space for play. Our designers Joost and Marja then set to work and presented their initial sketches to residents on 22 September 2018. This resulted in some important changes and our designers went back to the drawing board. 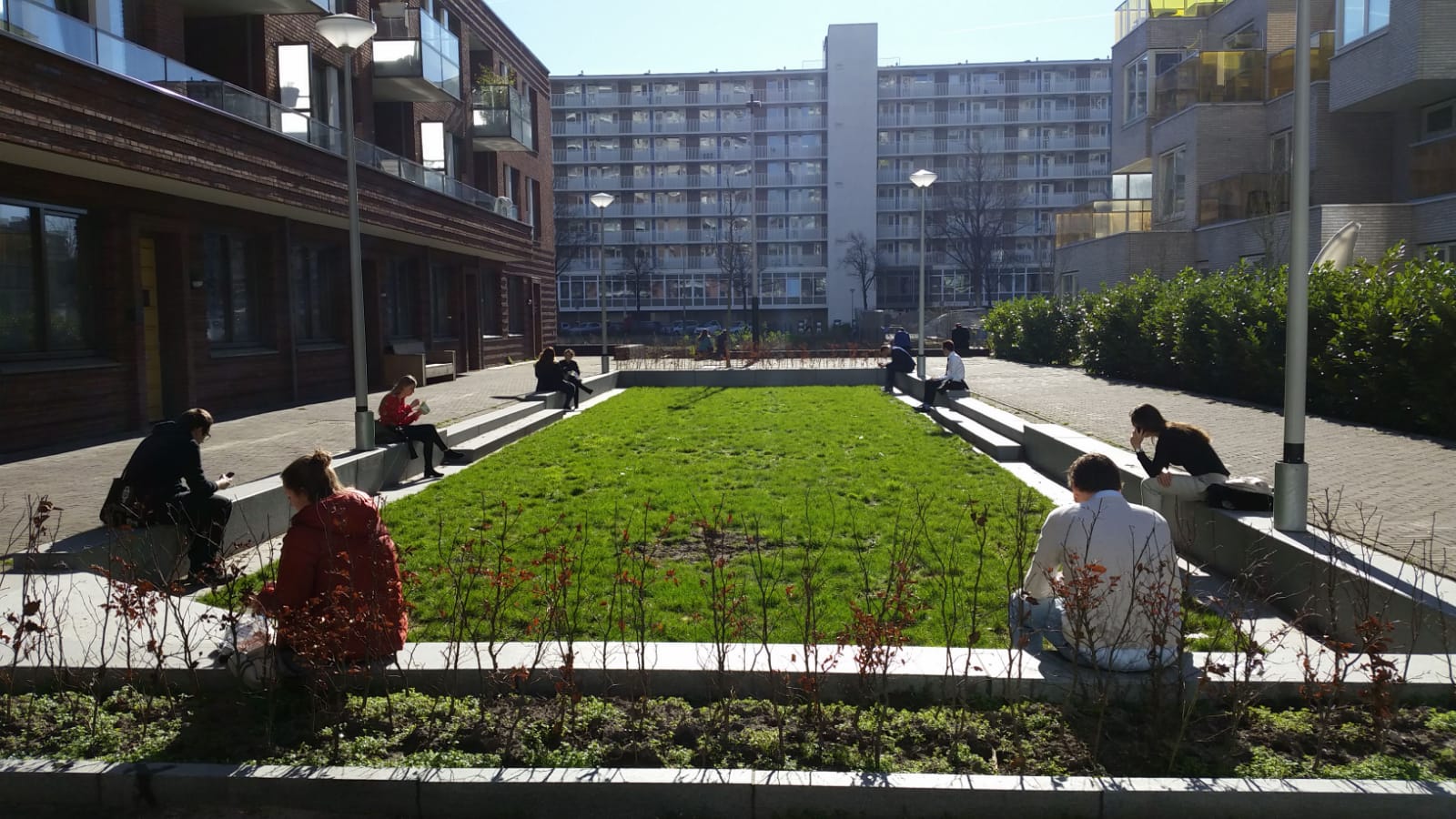 Because of a combination of various problems, the layout of these sunken areas will now not be finalised until later this year at the earliest. First of all, we do not have a definitive design that is also financially achievable. The current design is simply too expensive. This is because we have chosen unusual elements that are not available from a catalogue. In any case, the cost of materials has increased significantly in recent times. Secondly, the construction market is very busy, which has increased the predicted lead time and made it difficult to find a contractor.

Thirdly, this way of collecting input and using it to advance the design is also new for us. We are more used to scheduling a series of fixed appointments, such as residents’ meetings. In the intervening months, the designers then have the time to develop the design further. Because we used the app, this increased the number of contacts between residents and us. As an organisation, we were not always able to keep up. Our lesson for next time will therefore be to ensure better coordination between the pace of the design, the responsiveness of the organisation and the speed of the dialogue on the app. 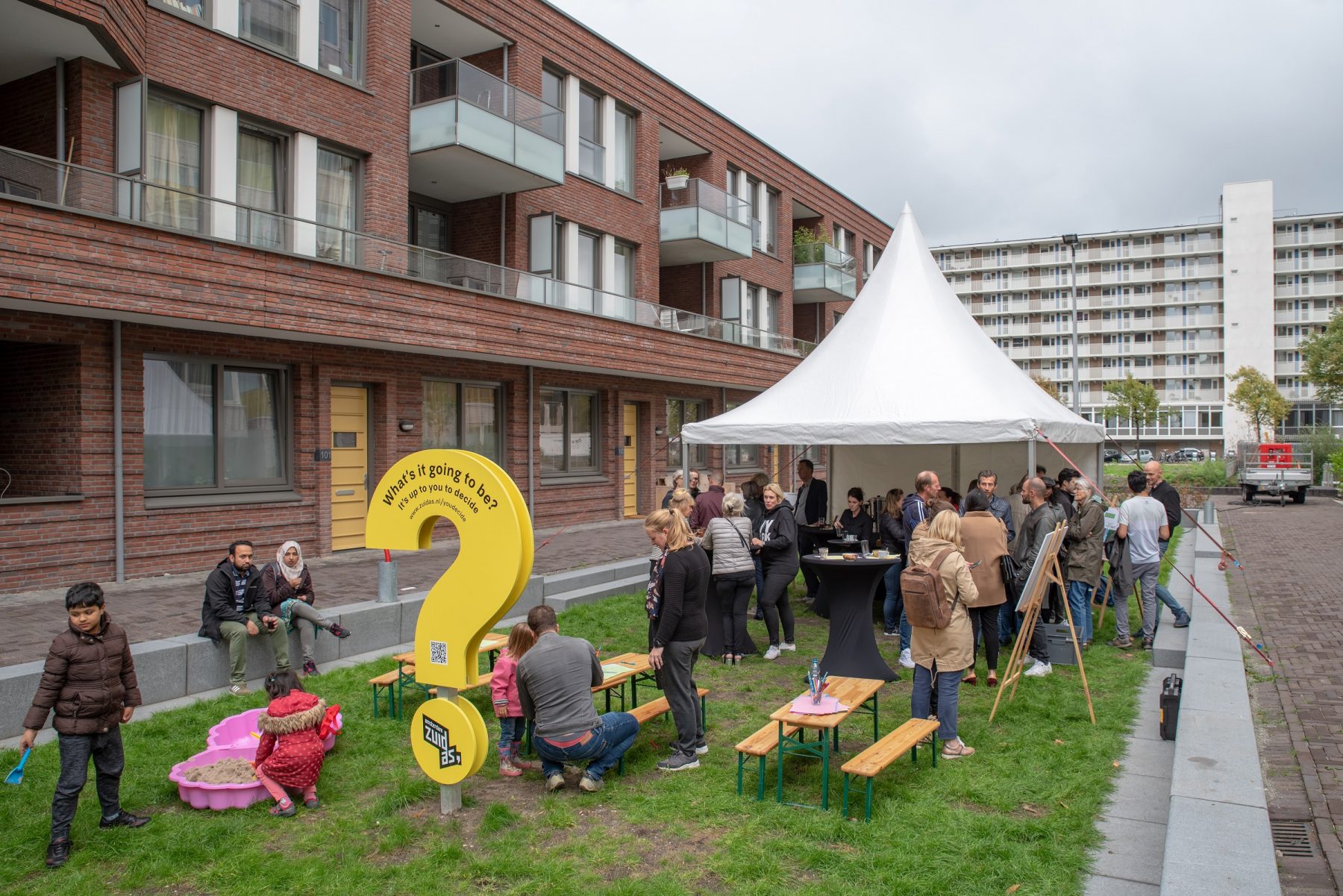 Finally, we have the issue of the planting season, which roughly runs from October to March. Trees and other plants planted after March/April are much less likely to survive and thrive. It will no longer be possible to get things planted this season. As a result of all this, the final layout of the sunken areas is now being delayed until late 2019. However, we will do something else in the meantime: we will arrange a temporary solution, intended for this spring and summer, that will as far as possible reflect the definitive layout that residents would like to see.

View the video in which Joost explains

In April, we held an information meeting about the restructuring work in the central section of De Boelelaan. The meeting focused on the draft design for the green section, the building of the art bridge and the new infrastructure. We promised to report on what was discussed.
July 4, 2022

The restructuring work on Europaplein-Oost has been delayed by four months. We will also only be able to include 46 of the 55 parking spaces planned. The roots of some of the trees are too big, preventing us from paving the soil on top of them.
June 30, 2022

Wielingenstraat set to be made safer

The design of the upgraded Wielingenstraat is now definitive. With a separate cycle path, optically narrowed lanes and a reduction in freight traffic, the street is set to become safer. A green central reservation will also give it a leafier look and feel.
More posts