Testing the stone tiles for the new pedestrian passage: coffee, cola and ketchup 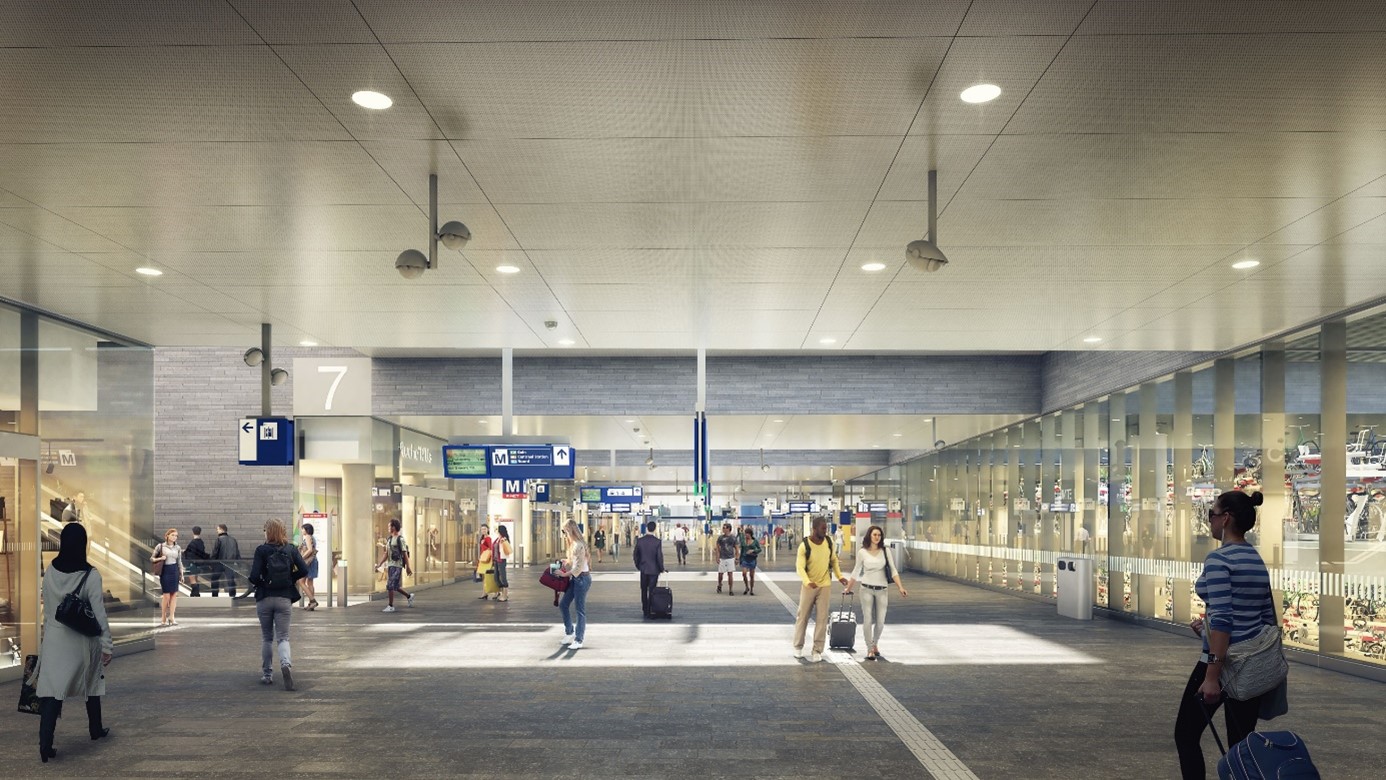 Amsterdam Zuid station is scheduled to become a test location for the stone tiles from the end of June 2021 onwards. Zuidasdok architect Anja Blechen explains more: ‘We’ll be creating three test areas – one on the platform, one just in front of the entrance to the station on Mahlerplein and one inside the existing station passage. That will show us how the materials respond to these different locations. Each test area measures approximately 3 by 5 metres, and on the platform and inside the station there will be different strips so that we can place several of the selected types of stone tiles alongside each other, making them easy to compare. In the test area outside the station, we’re only going to test one type of stone – Negro Favaco.’

Artist's impression of the Minervapassage 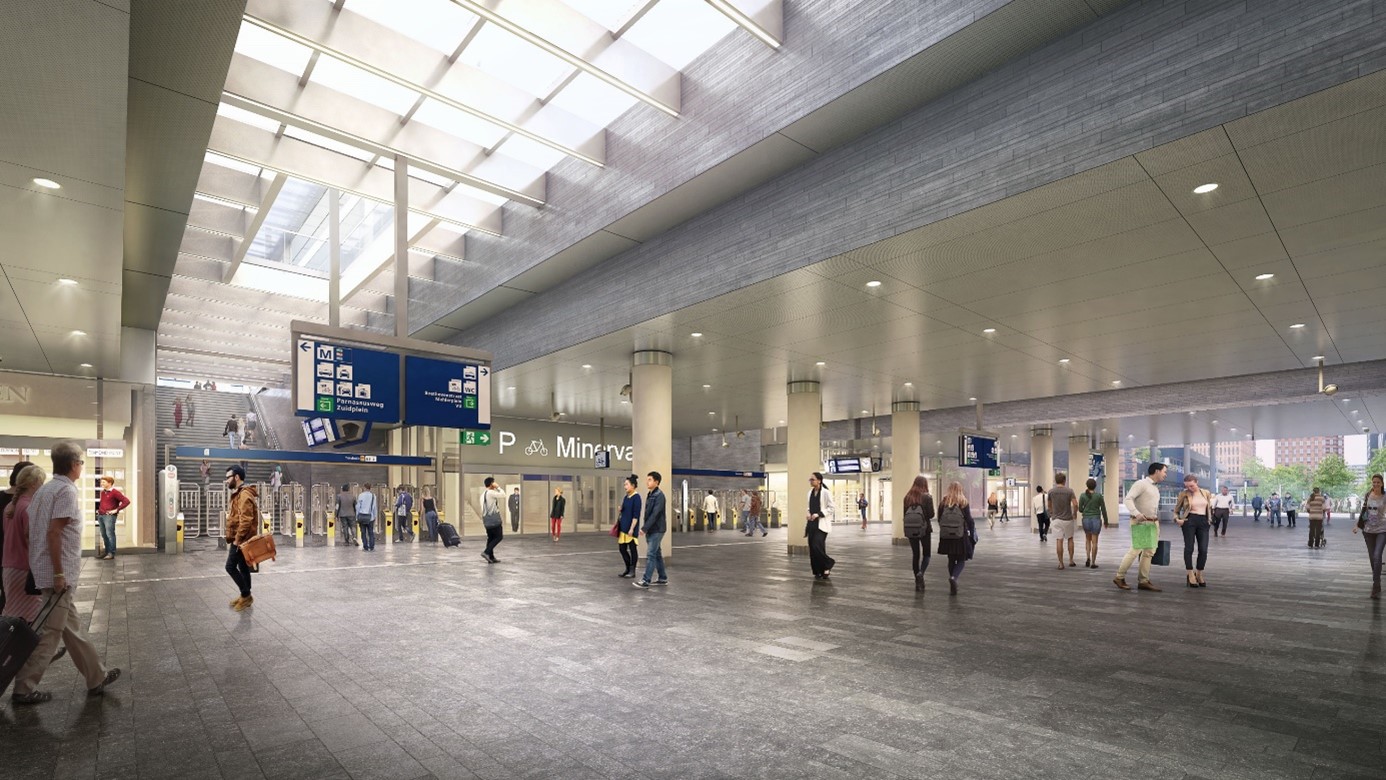 All the stone tiles will be laid according to the pattern included in the station design. ‘Although it is actually is only made up of stones tiles in two different sizes, the pattern looks more dynamic and creates a sense of depth and liveliness due to the different sizes’, explains Blechen. After a few months, the test sections will be inspected in detail. ‘After a while, we will have a very good idea of how the different types of stone are doing, and we can choose the best tiles to use for the floor and walls of the new pedestrian passage, the Brittenpassage.’ We are currently working on the roof of the passage, which will be completely finished in 2025. ‘Later, once the current pedestrian passageway – the Minervpassage – has been widened and renovated, the same tiles will be installed there too.’

Artist's impression of the entrance to the station on Mahlerplein 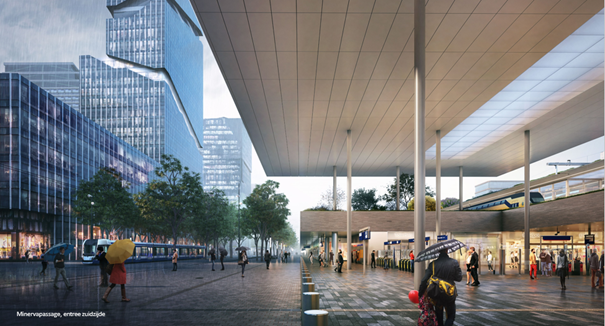 In the end, three types of stone in different shades of grey were chosen for these tests. Orient Blue for the walls and the Spanish stone Azul Noche for the floor; and as an alternative to both of these, there is also Negro Favaco, a Portuguese granite that looks similar to Orient Blue. ‘But that’s not all’, Blechen says laughing. ‘There are different ways to finish the stone, and the different finishes lend the tiles a different appearance. You can make them look softer or you can brush, sand or flame them. All these finishing methods affect the colour and texture of the surface. Now we need to choose between four different treatment methods to see which one matches our design, which will involve subtle and playful variations. Then we can let our suppliers in Limburg know what our preferred tiles are.’

Artist's impression of the platform 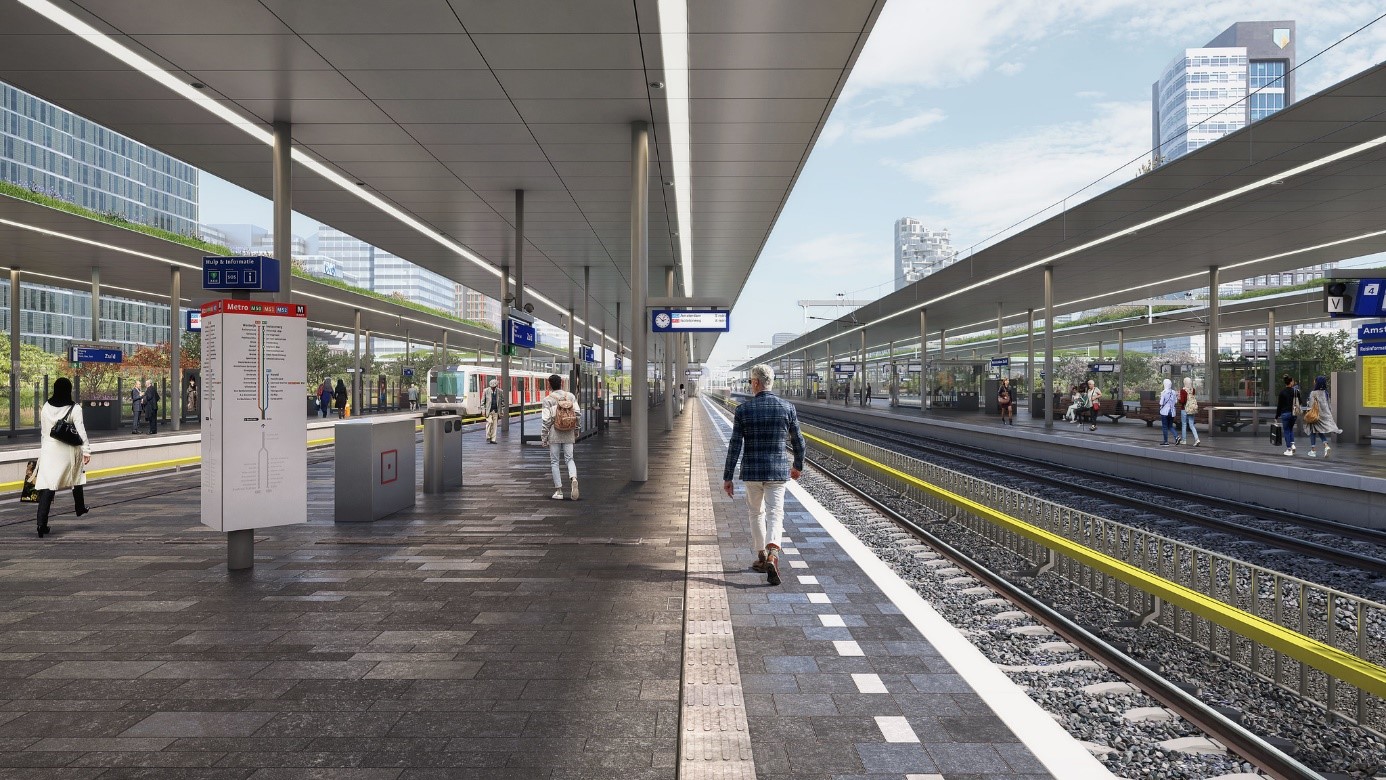 It’s a fantastic project, but also one that requires you to think carefully about the surrounding area, maintenance, sustainability and the future, says Blechen. ‘The station will be here for a very long time, so you need to choose low-maintenance materials that will age nicely. That’s why we are opting for a natural colour scheme in subtle, timeless materials such as metals and minerals. This will give the station a peaceful and spacious look and feel. The station will also need to blend in well with the area around the station. That already features a lot of stone, so the obvious choice was to choose the same type of stone.’ The Zuidasdok team will also use the knowledge it acquired in the past when building and renovating other stations. ‘Another reason why we’re doing such extensive testing is that the requirements that the stone needs to meet are changing and becoming stricter. For example, the stone not only needs to have the right look and feel, but nowadays it’s also very important that we choose a variety of stone that is sustainable.’ 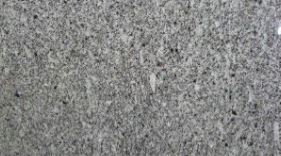 The type of stone used around the station is Orient Blue, a type of Chinese granite. It’s a beautiful material – very hard-wearing, and a unique shade of blue-grey containing visible mineral structures. And it is also a stone material that has already proven itself: we know that it retains its beauty even after a longer period of time. ‘That stone was definitely a strong contender, but unfortunately it is extracted from quarries in China, a very long way from Europe. From a sustainability perspective, transporting stone all the way from China is a clear disadvantage. There is also a chance that it will be more difficult to find in the future. That’s why we are also testing Negro Favaco.’ The different stones have already been tested for their technical properties such as strength, rigidity and ability to withstand the effect of substances like cola, coffee and ketchup. ‘One important requirement from ProRail is that the stone should be easy to clean, so tests were done using the kind of substances that are often spilled in a station. And of course, the stones placed on the floor also need to be wear-resistant and non-slip. So finding the right tiles is not as simple as you might imagine.’

In September and October 2022, we will doing further works in the ground alongside Amsterdam Zuid station. This will involve the removal and replacement of old sheet piling. The works could cause some noise nuisance.
reizen-en
August 3, 2022