Et voilà! The fourth roof section for the second passenger tunnel at Amsterdam Zuid station is complete. On our work site next to the A10, there is now a sheet of concrete weighing 3 million kilogrammes that we will be sliding under the railway tracks in 2023. 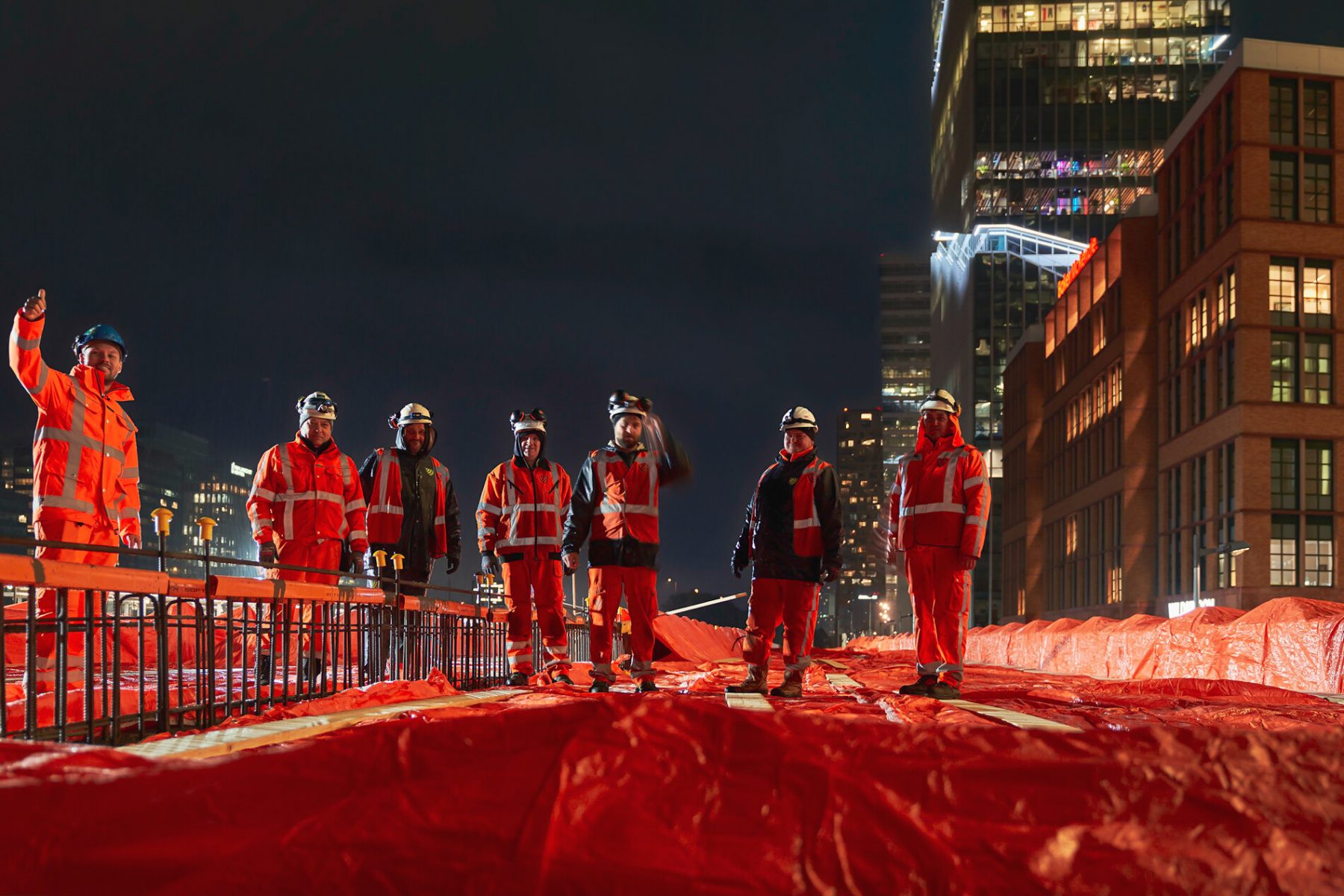 On 15 November 2022, the men and women working for the Nieuw-Zuid construction consortium had an early start. From 06.00 in the morning until deep into the night, they worked non-stop on a concrete sheet that will be pushed underneath railway track 1 and one of the two new future tracks next year. We have photos of their work.

On our work site alongside the A10 Zuid in Arnold Schönberglaan, there were plenty of trucks coming and going. Every hour, we used twelve concrete mixers to create the concrete mix needed to build the colossal roof section with a surface area of around 70 x 14.5 m and 1.2 m thick. After that, two concrete pumps spent ten hours pumping the concrete mix into the pre-constructed formwork, similar to a mould. After ten hours, the concrete had hardened sufficiently and the surface was ready for smoothing. 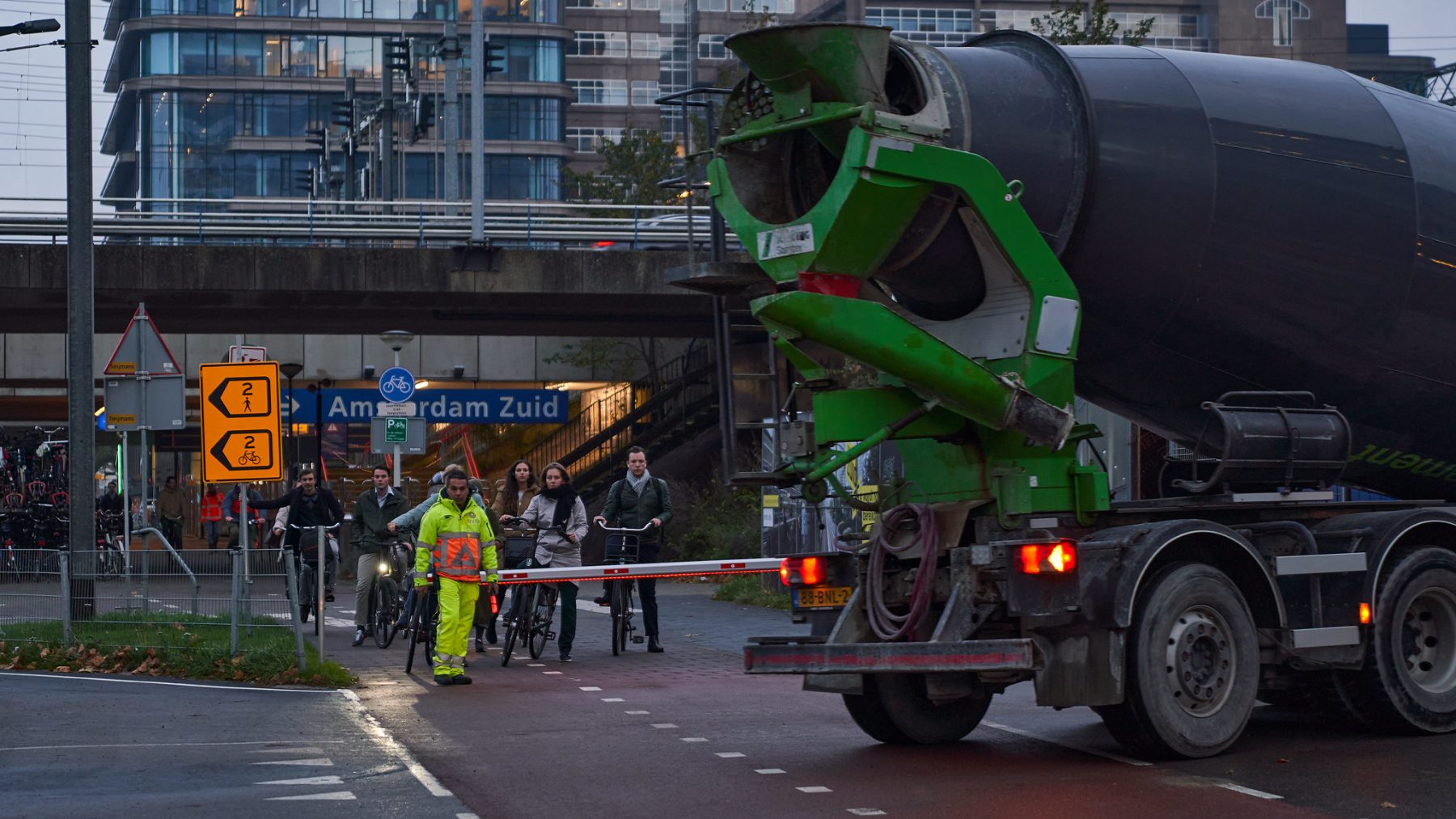 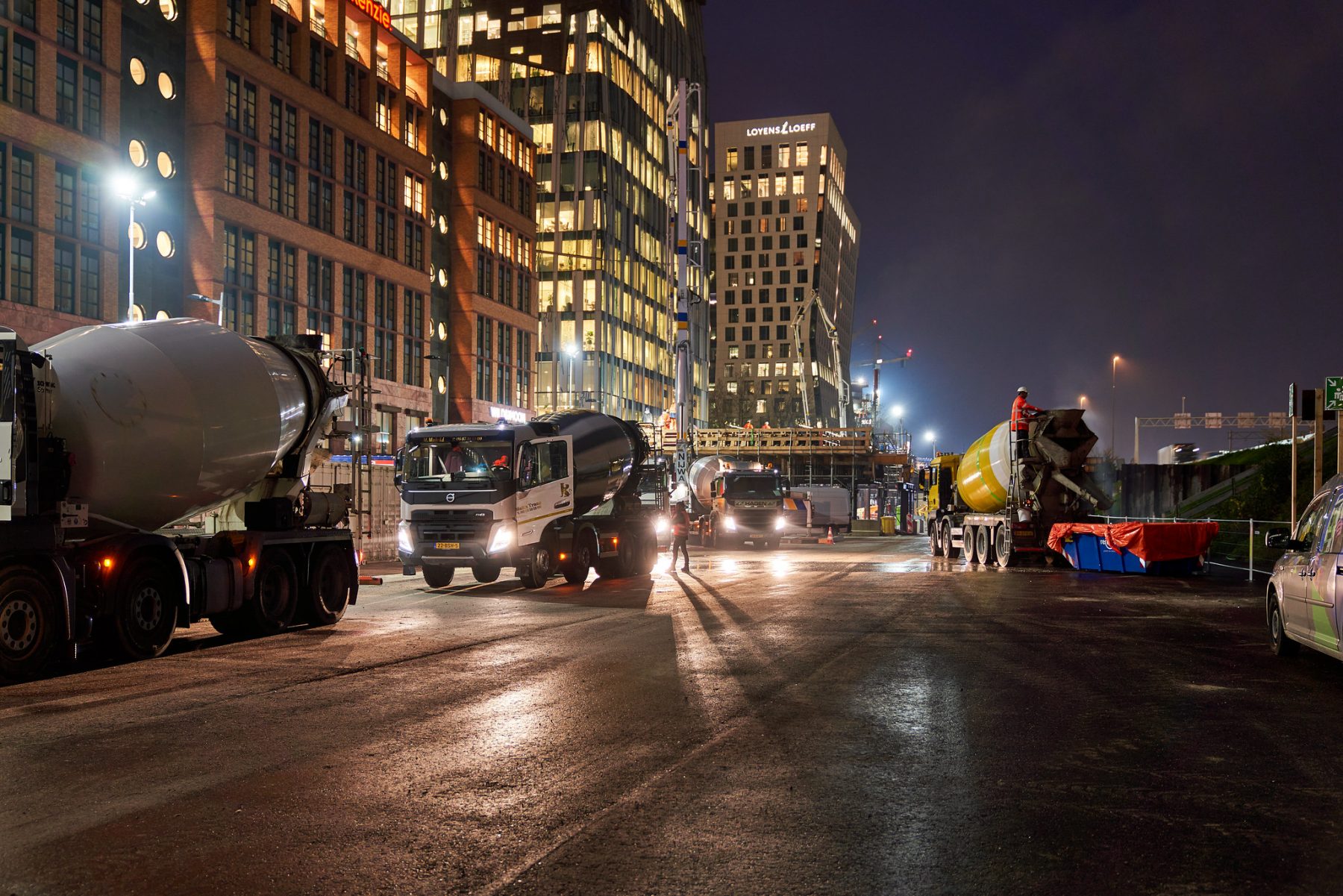 A prefabricated steel frame and formwork sheet on the long side 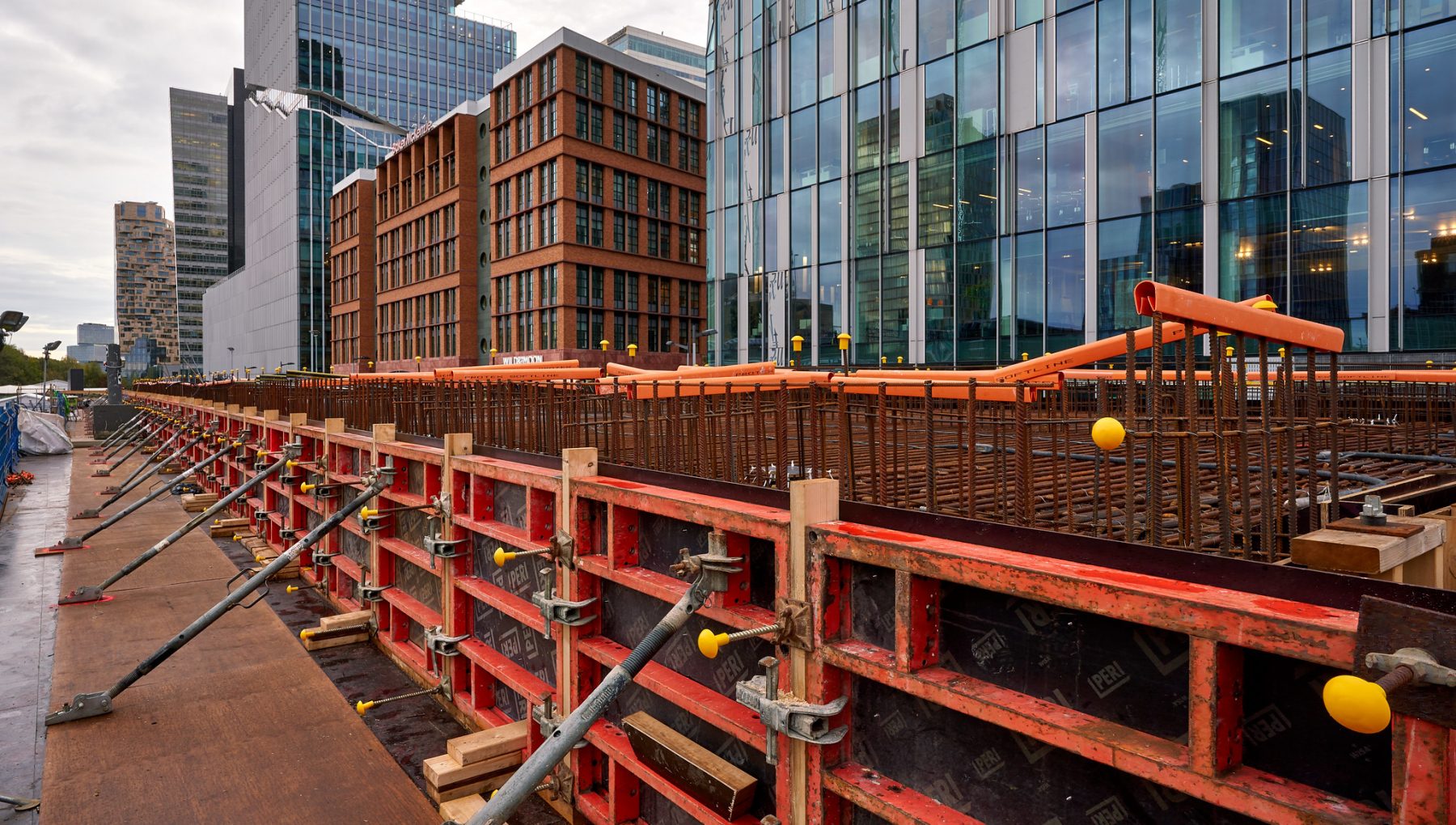 Wooden formwork on the short side 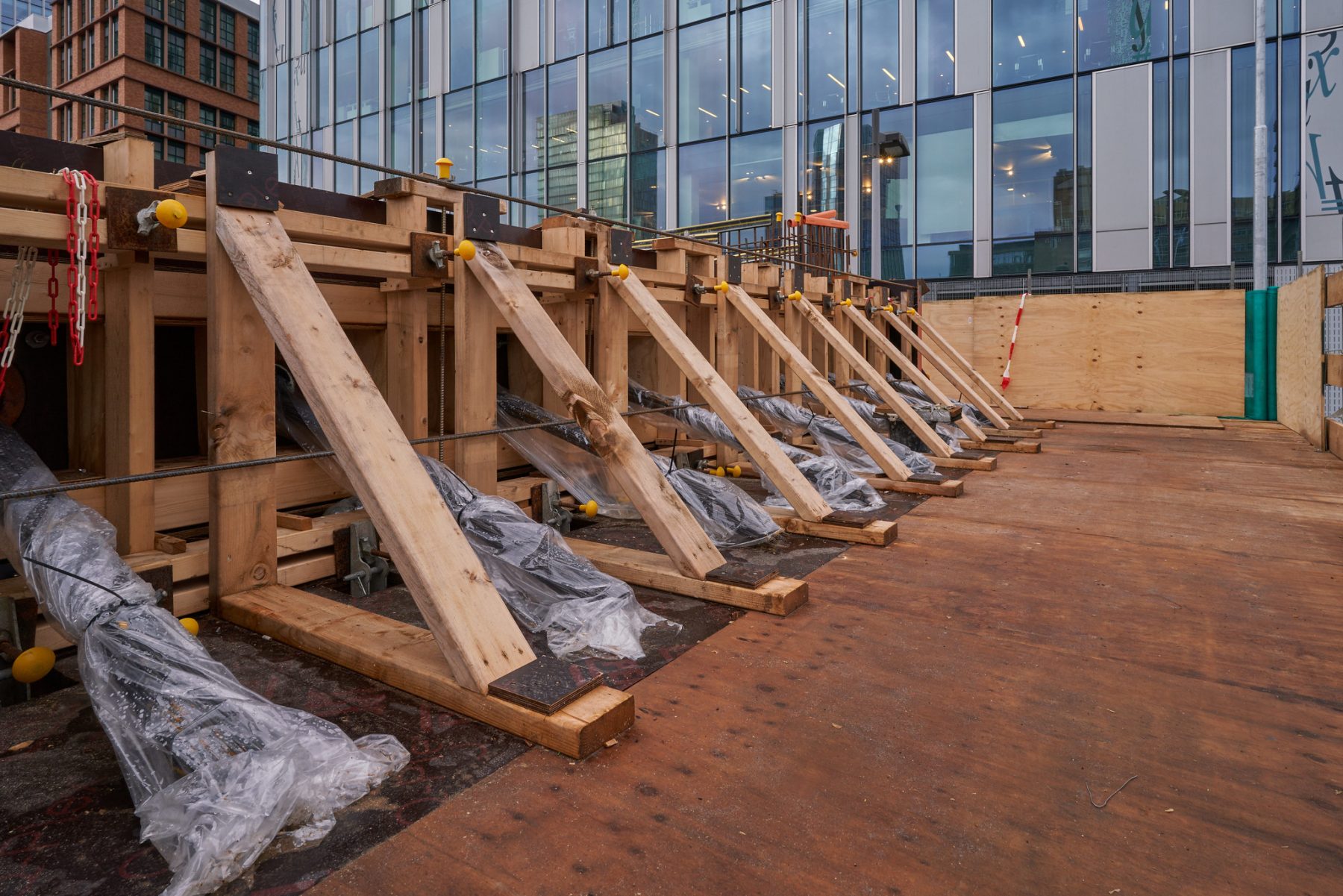 Two concrete pumps pour the mixture into the formwork 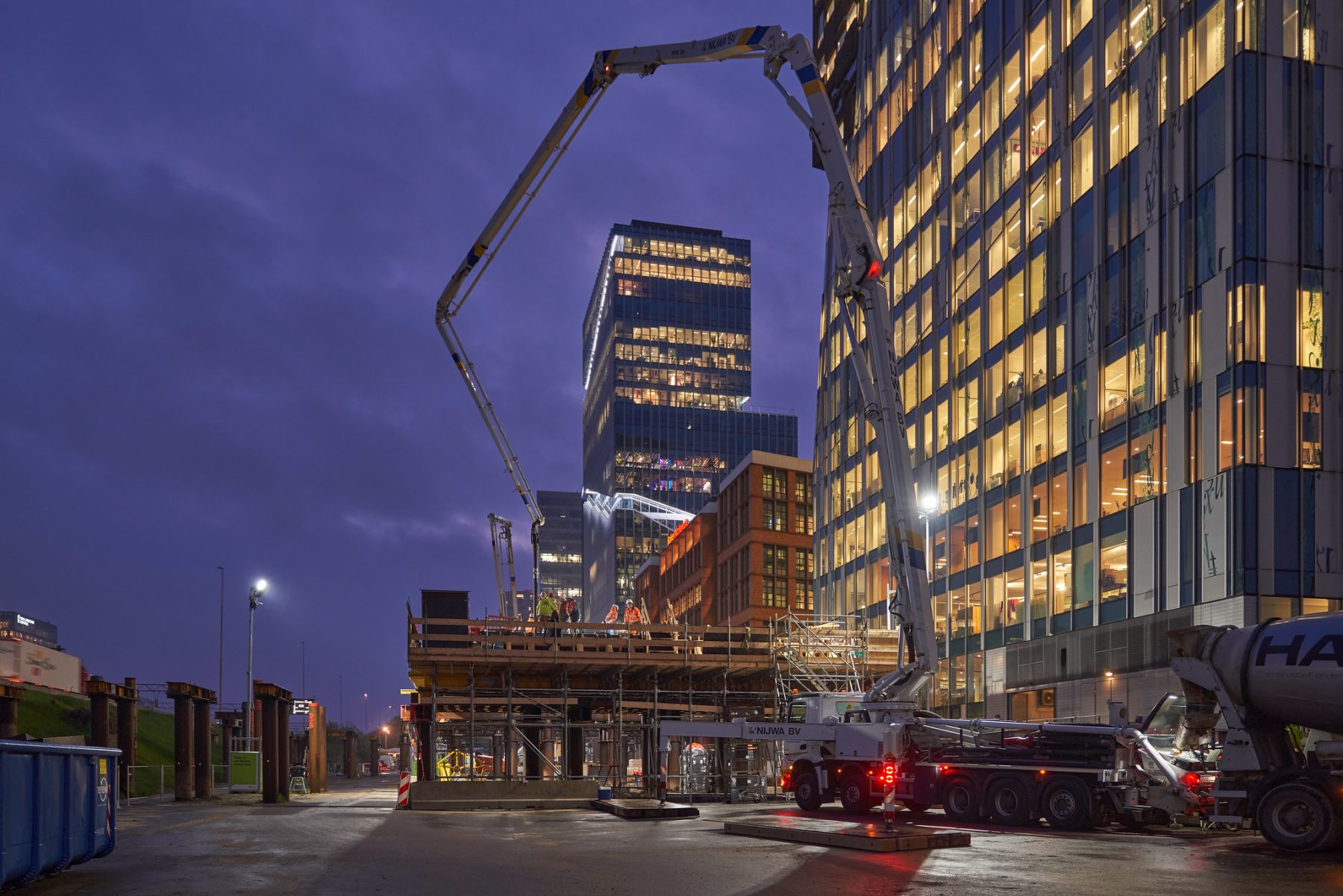 A power float was used to level off the hardened concrete, a process that took four hours. Once the roof section was smooth and level, raised edges were added to the concrete sheet. Ultimately, the rails will be positioned between them and they will also help ensure that the gravel under the track remains in place.

Marcel Steinbach
1,000 m³ of concrete mix made of sand, granite, cement and filler 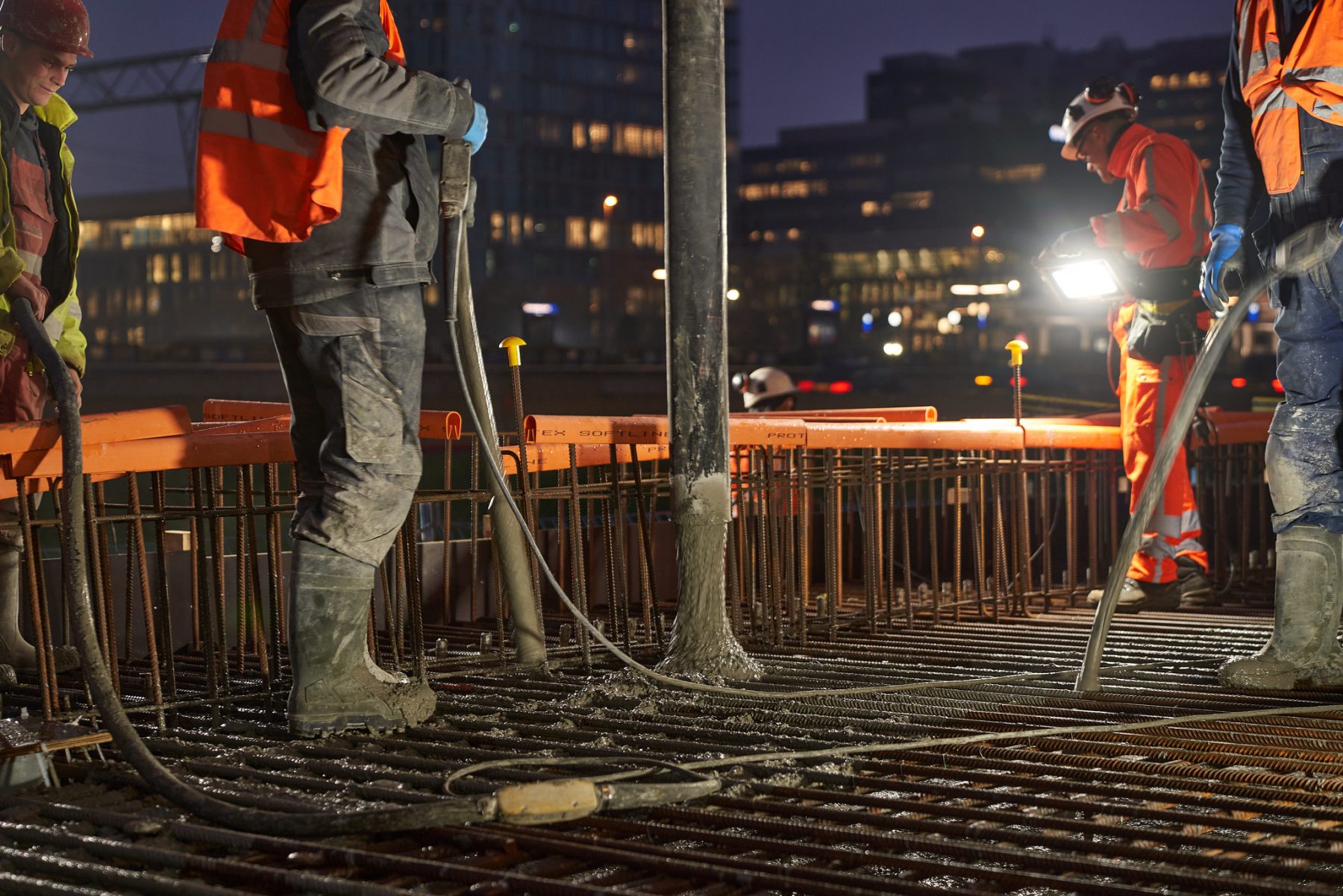 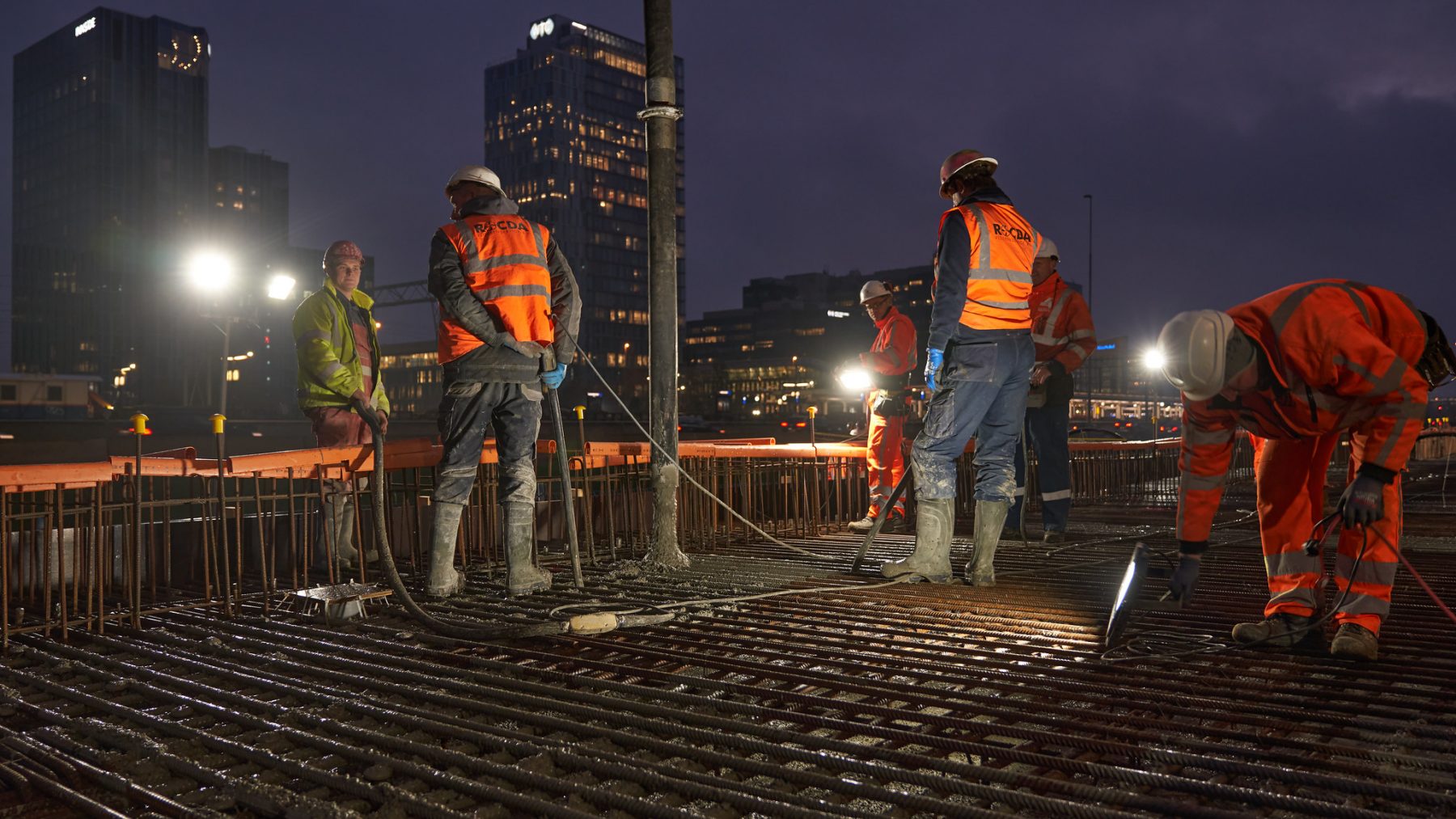 Leftover concrete is removed from the trucks 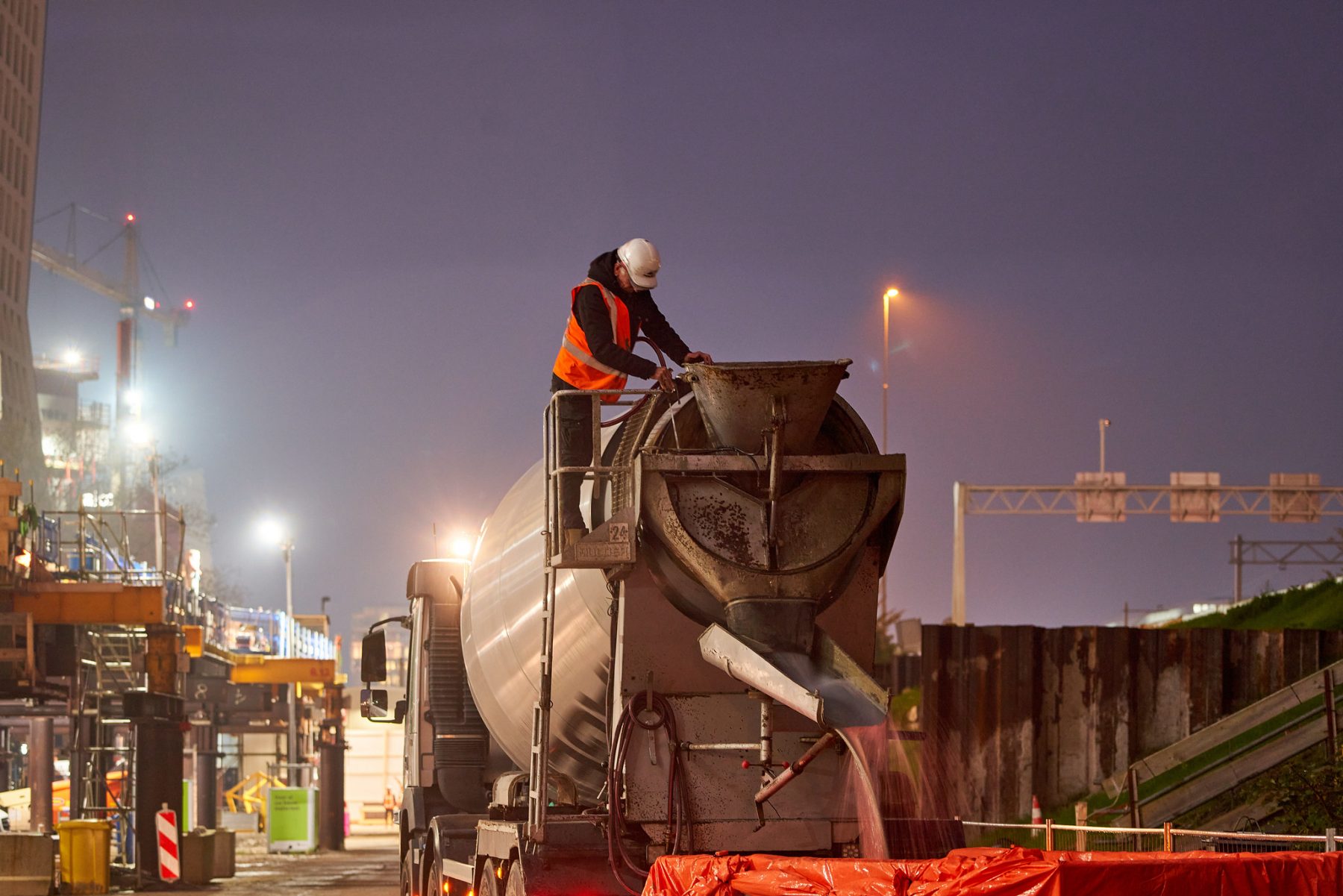 Marcel Steinbach
Vibrating air out of the concrete 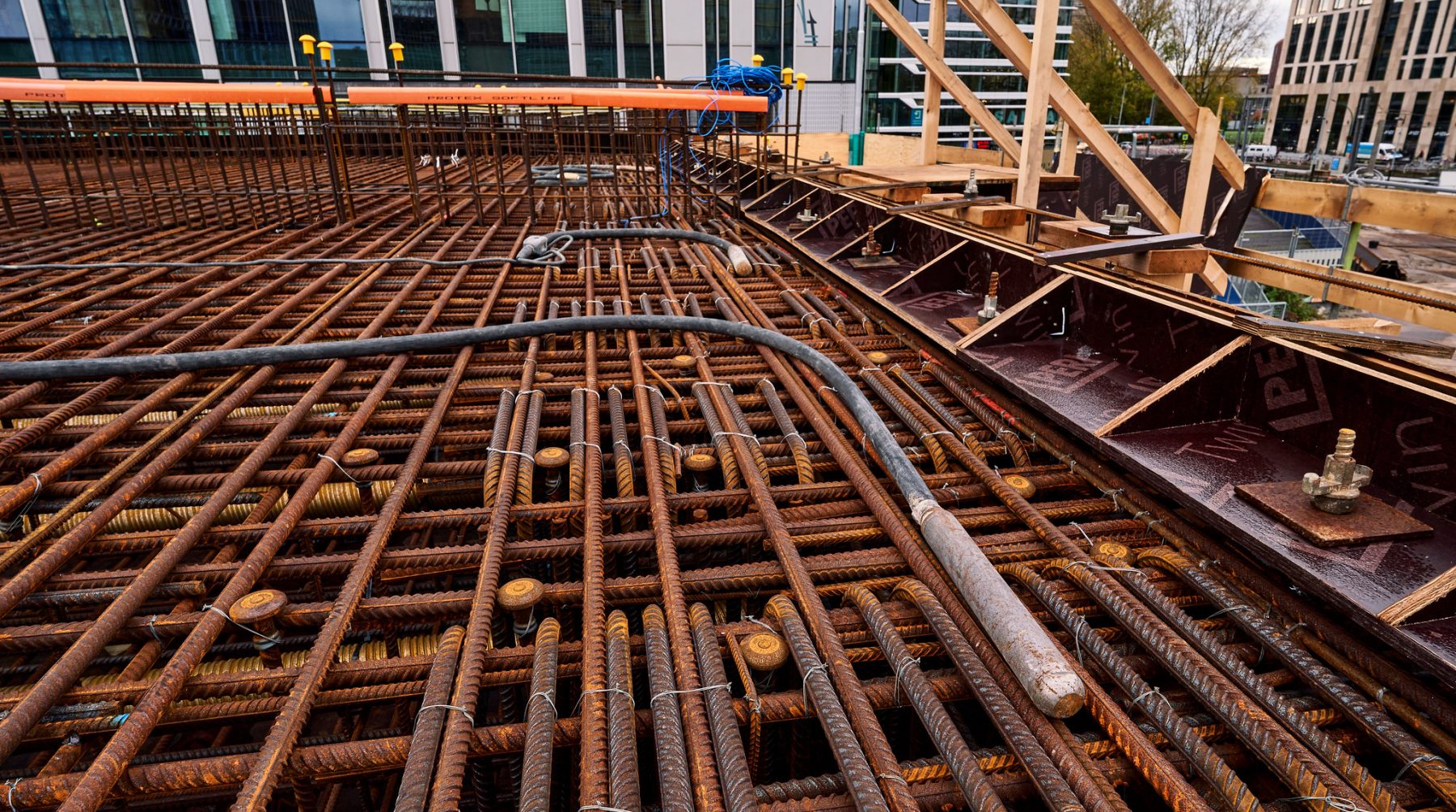 On the short side, the sheathing ducts 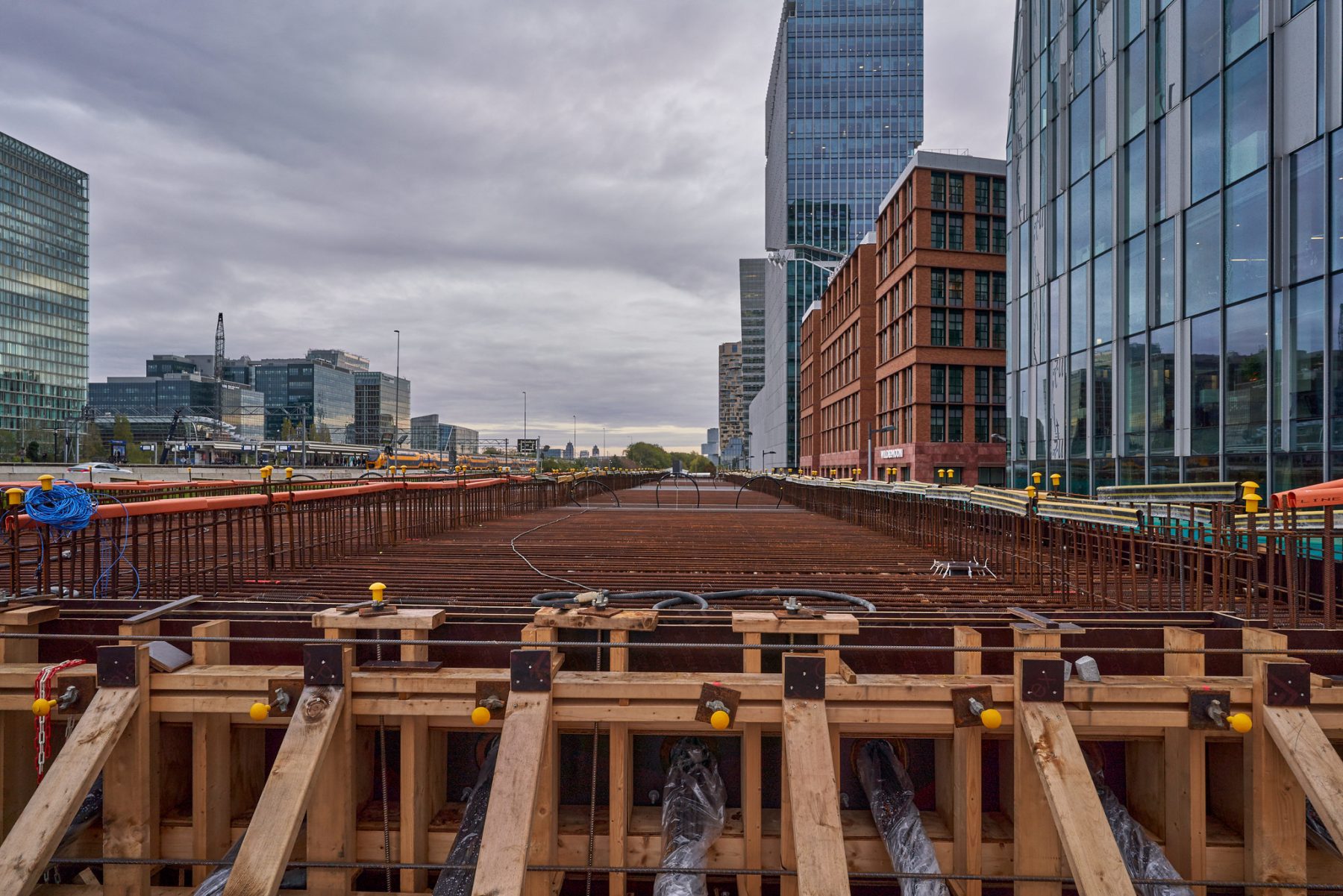 The sheathing ducts seen close up 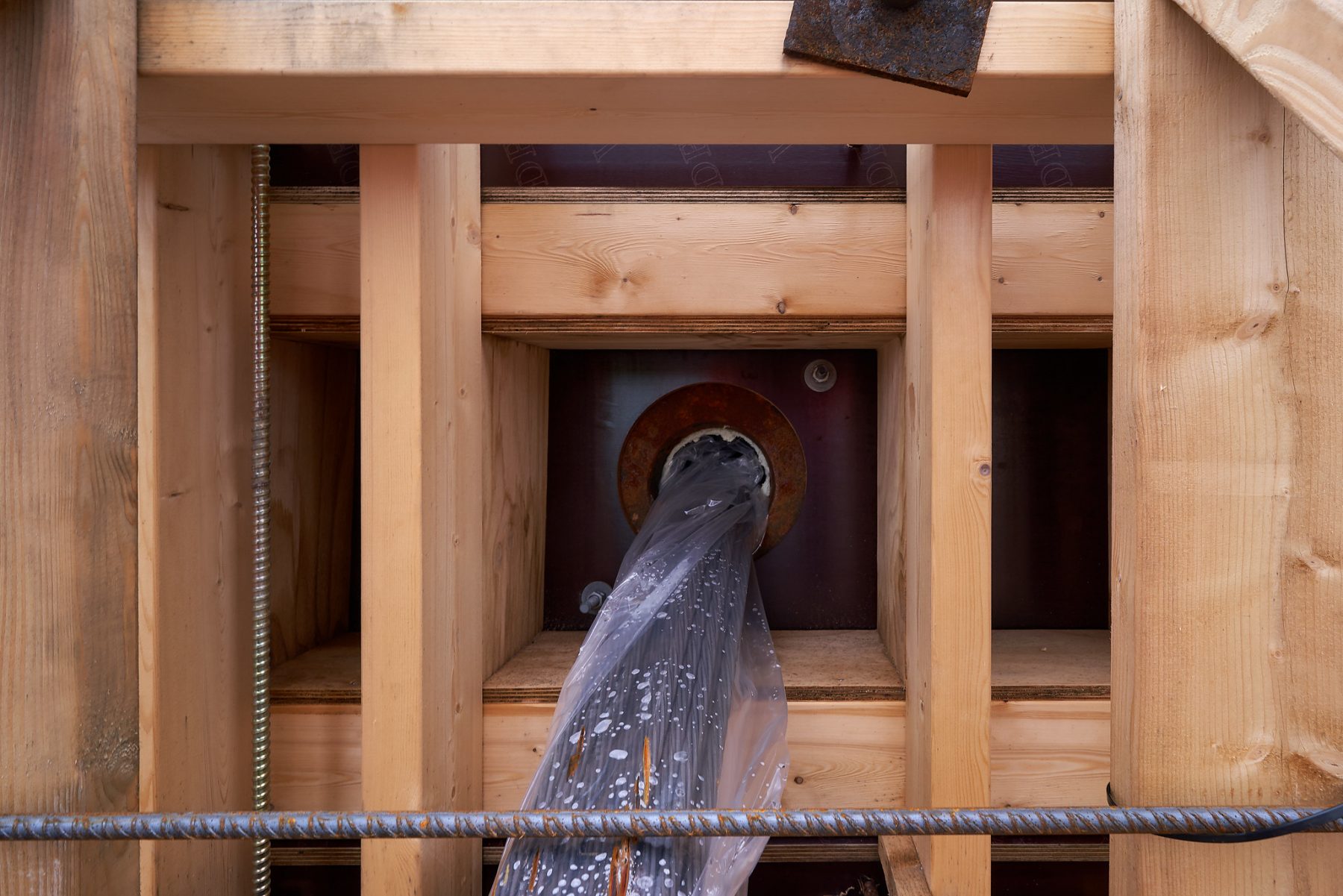 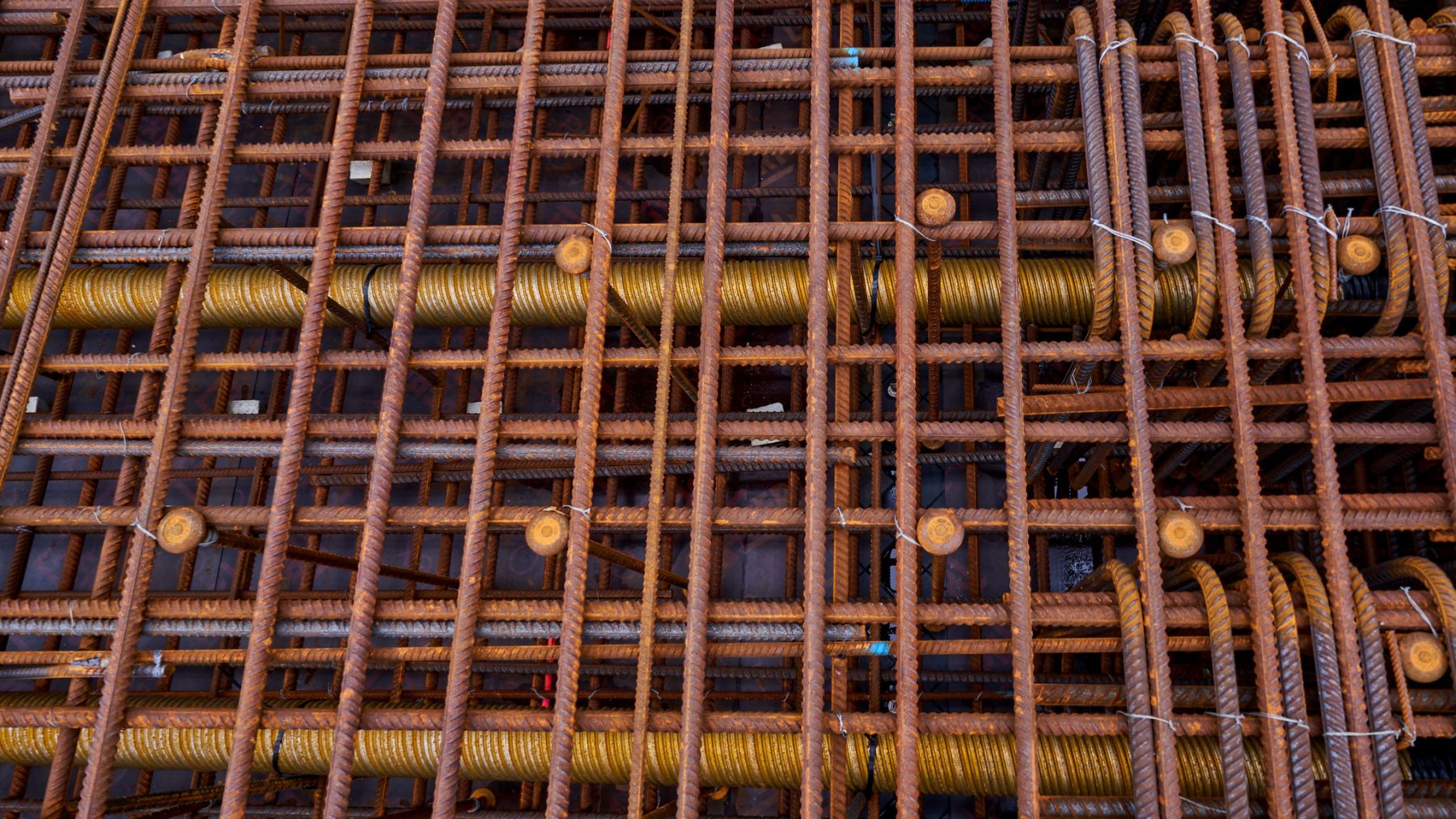 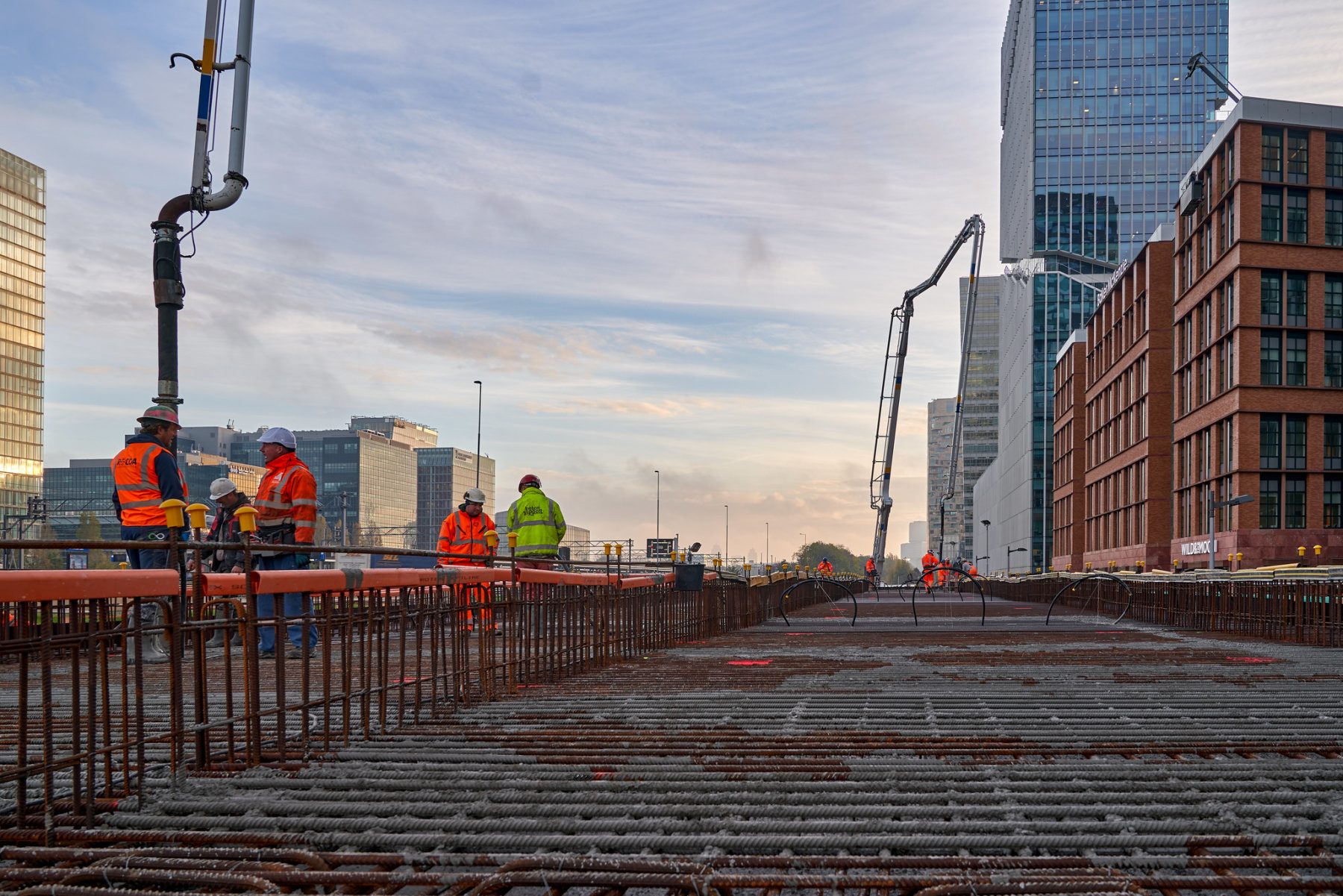 The fresh concrete is protected 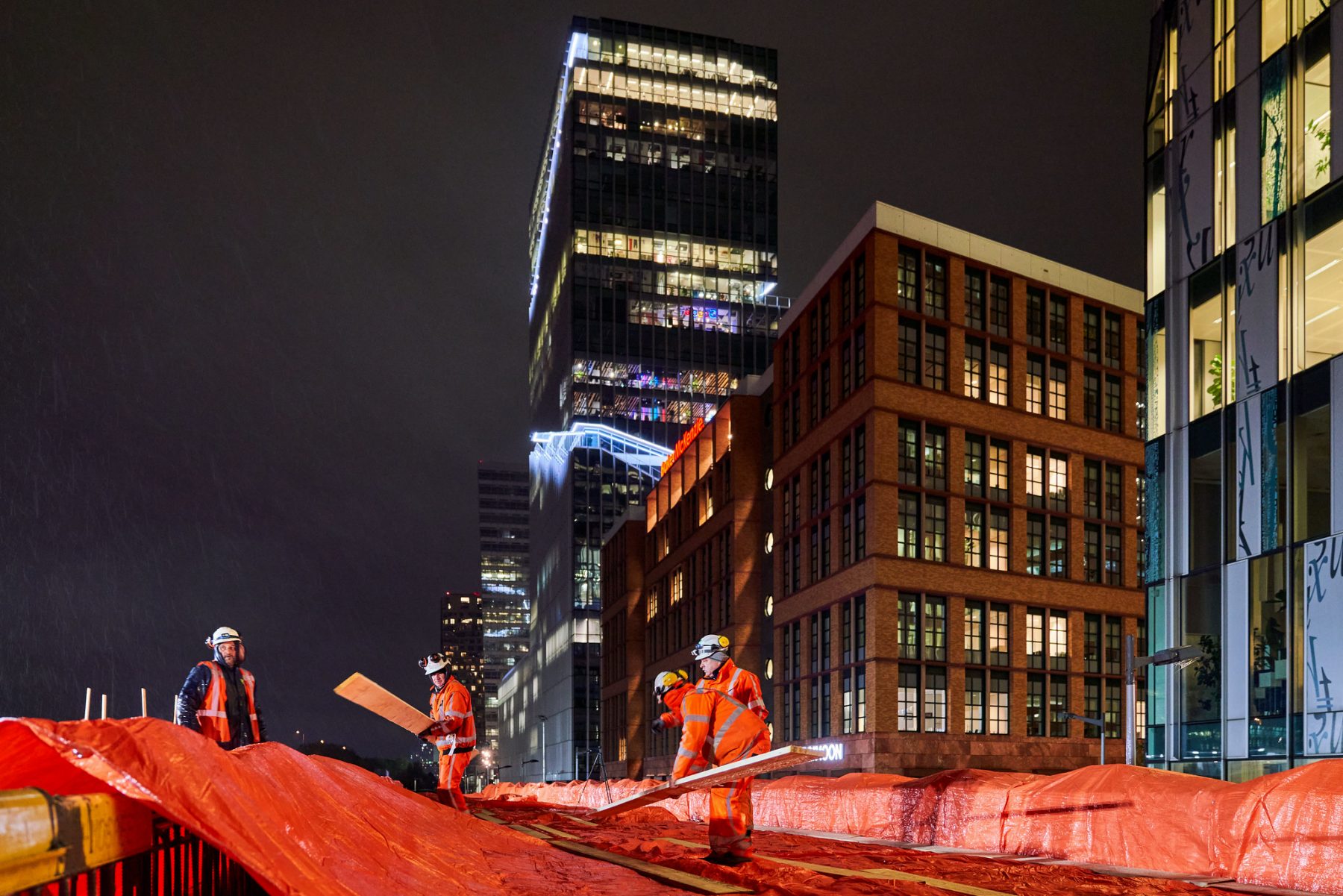 The Brittenpassage roof: now and in the near future

Zuidasdok is working on the renovation of Amsterdam Zuid station. The existing Minervapassage will be made wider and taller and there will be a second passenger tunnel, the Brittenpassage, on the west of the station. This will enable the increasing number of passengers (250,000 passengers by 2030 compared to 80,000 now) to continue to travel safely and comfortably.