On Wednesday 30 May, the head office of Kraft Heinz Benelux was officially opened in NoMA House on Gustav Mahlerlaan. ‘I already feel at home’, said European top man Rafael Oliveira. ‘This is where the future is made.’ 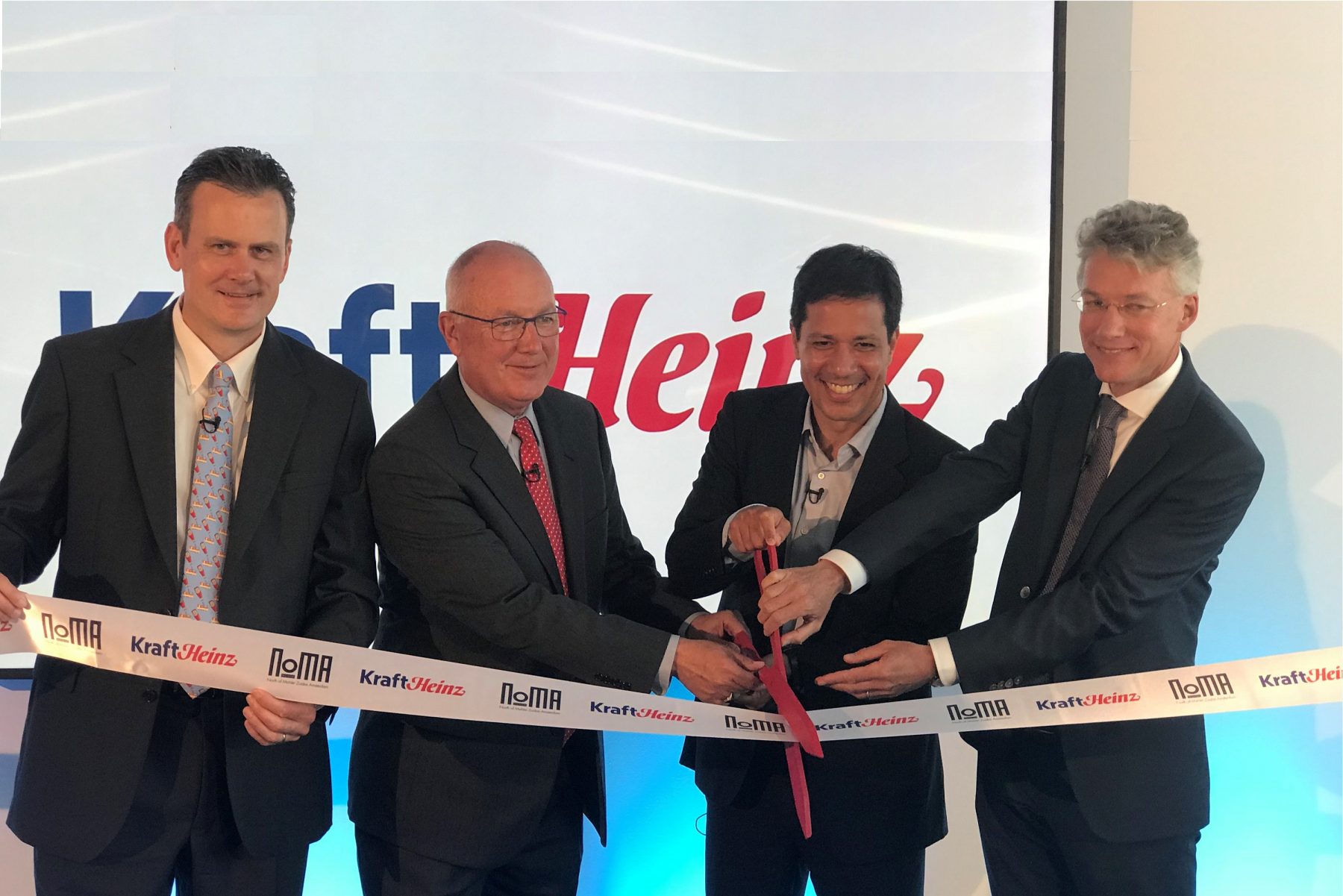 After 16 years in Zeist’s forests, it was time for a major step forwards. As well as establishing their headquarters in Zuidas, Kraft Heinz Benelux will also be establishing their Global Centre of Excellence here. According to Oliveira, it will be a place in which ‘smart people will seek smart packaging, logistics and marketing solutions.’ In these efforts, the concern will be assisted by the Amsterdam’s two research universities. ‘Any talented students who aspire to play in the Champions League of multinationals need look no further than Kraft Heinz.’ For quite some time, the firm has been working together with their Zuidas-based neighbour, the School of Business and Economics of Vrije Universiteit Amsterdam. ‘This is where the future is made’, says Oliveira.

NoMA House (North of MAhler) was developed by Maarsen Groep and Zadelhoff, designed by architect Diederik Dam and built by Dura Vermeer. The building was also awarded the BREEAM Outstanding status. BREEAM is one of the most widely regarded sustainability certification systems and ‘Outstanding’ is the highest score achievable. Another notable factor is that Kraft Heinz does not have any car-parking spaces. ‘We cycle to work!’, laughs spokesman Nigel Dicky. ‘People are happy that we have come to Zuidas. There’s lots to do here: Schiphol is just around the corner and buses, metros and trains will take you anywhere you wish to go. To ensure everything runs smoothly, Kraft Heinz enlisted the services of Forensz, a mobility service provider. Forensz gave advice to all employees regarding the most efficient commute to the new office in Zuidas, organized public-transport passes with transport operators such as NS and GVB and took care of all administrative matters concerning public transport.

NoMA House in March 2018, with Hourglass under construction in the background 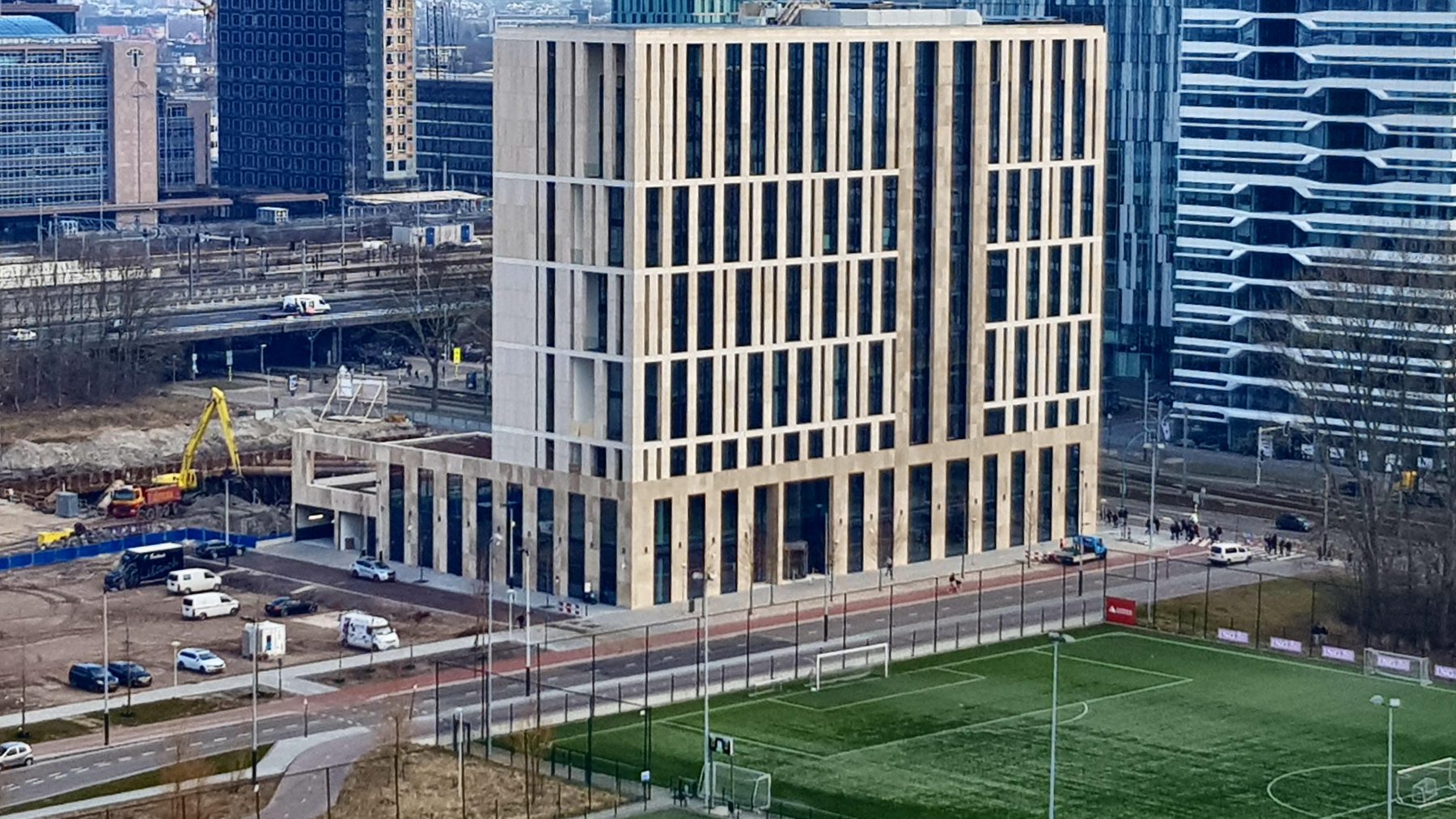 450 Kraft Heinz employees now work in NoMA House, making it the firm’s biggest European office. However, Kraft Heinz – the sixth-biggest food producer in the world – refers to their staff as ‘owners’ rather than ’employees’. ‘Our culture is based on ownership and merit: if you perform well, you will be rewarded for it. This encourages a feeling of ownership in everything you do.’ Oliveira is a shining example of this culture: despite being young, he is already responsible for Europe, the Middle East and Africa.

The opening was a particularly American affair and was attended by Pete Hoekstra, the United States ambassador to the Netherlands. The ambassador was happy to see Kraft Heinz invest in the Netherlands, and specifically in Zuidas. ‘America first, but The Netherlands second’, he laughed, referring to the video by Arjen Lubach, which he says made him laugh out loud. 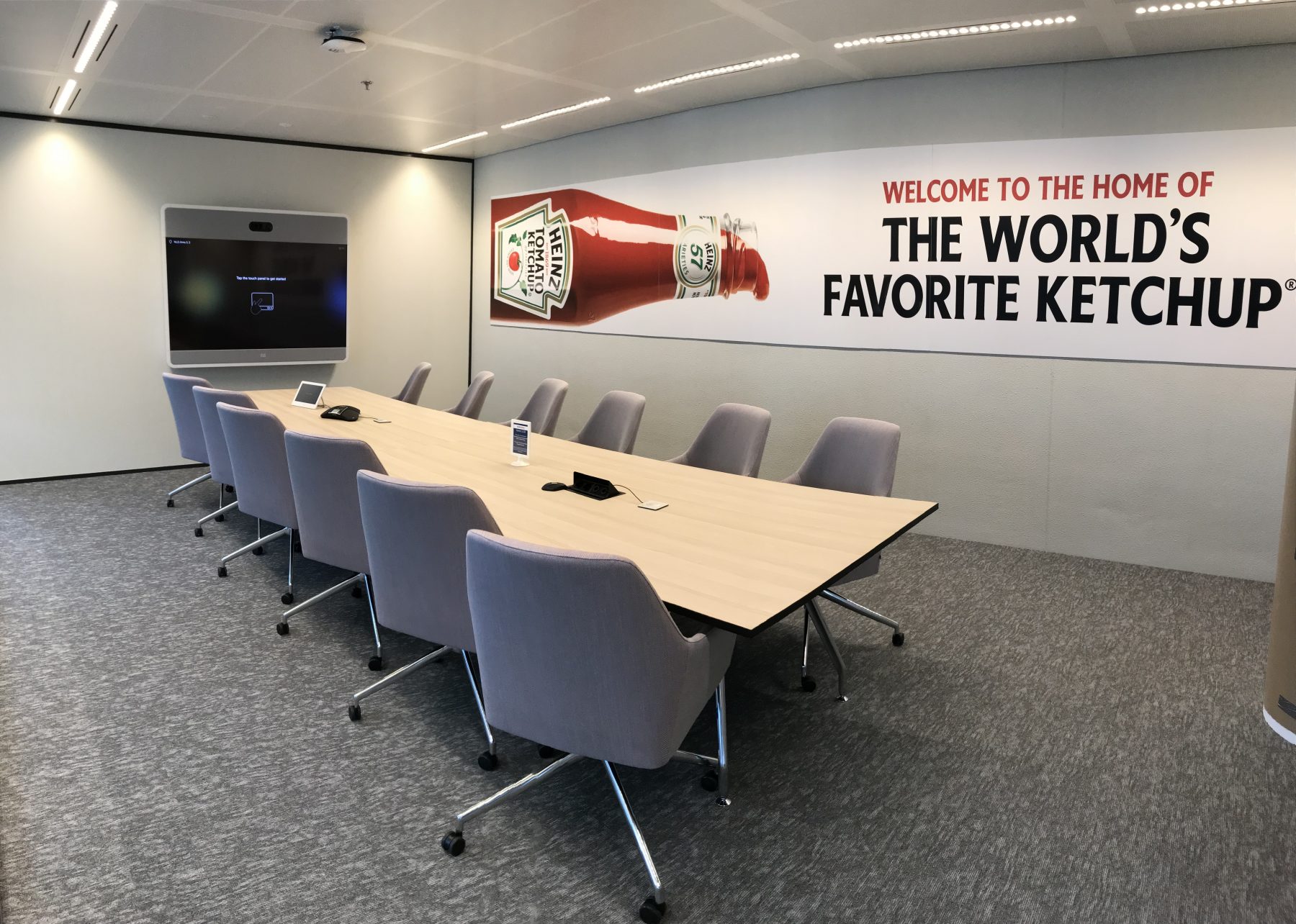 The work to dismantle the temporary courthouse in Fred. Roeskestraat has started. In 2015, the building was one of the Netherlands’ first ever circular buildings. It is now one of the first practical examples of building reuse.
reizen-en
werken-en
August 9, 2021

This week, the trees were hoisted up onto the roof gardens on Terrace Tower. The additional greenery will make Zuidas more attractive to new businesses, boosting the City Council’s ambition to make the area more sustainable and greener.
More posts