Terrace Tower, which will house the headquarters of Suitsupply, is almost finished. Now it is time to create some beautiful public green space around this brand-new architectural masterpiece in the Kop Zuidas neighbourhood. 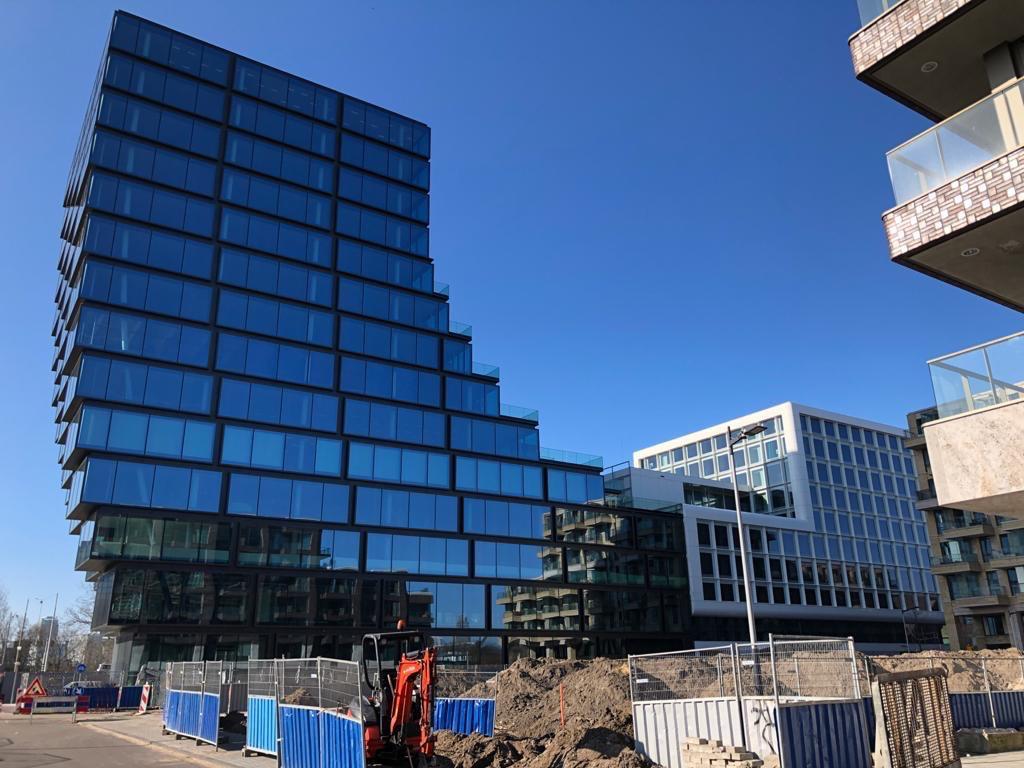 Although the inside is of the building is still largely a shell and the terraced gardens have not yet been laid out, slowly but surely we can start to see that Zuidas has gained yet another remarkable piece of architecture. Terrace Tower was designed by the Danish architectural firm BIG, commissioned by the bespoke suit specialists Suitsupply, and since 2017, it has been raising ever more eyebrows in Kop Zuidas (to the east of Europaboulevard). Suitsupply has now sold the building, but will still be the main occupant. 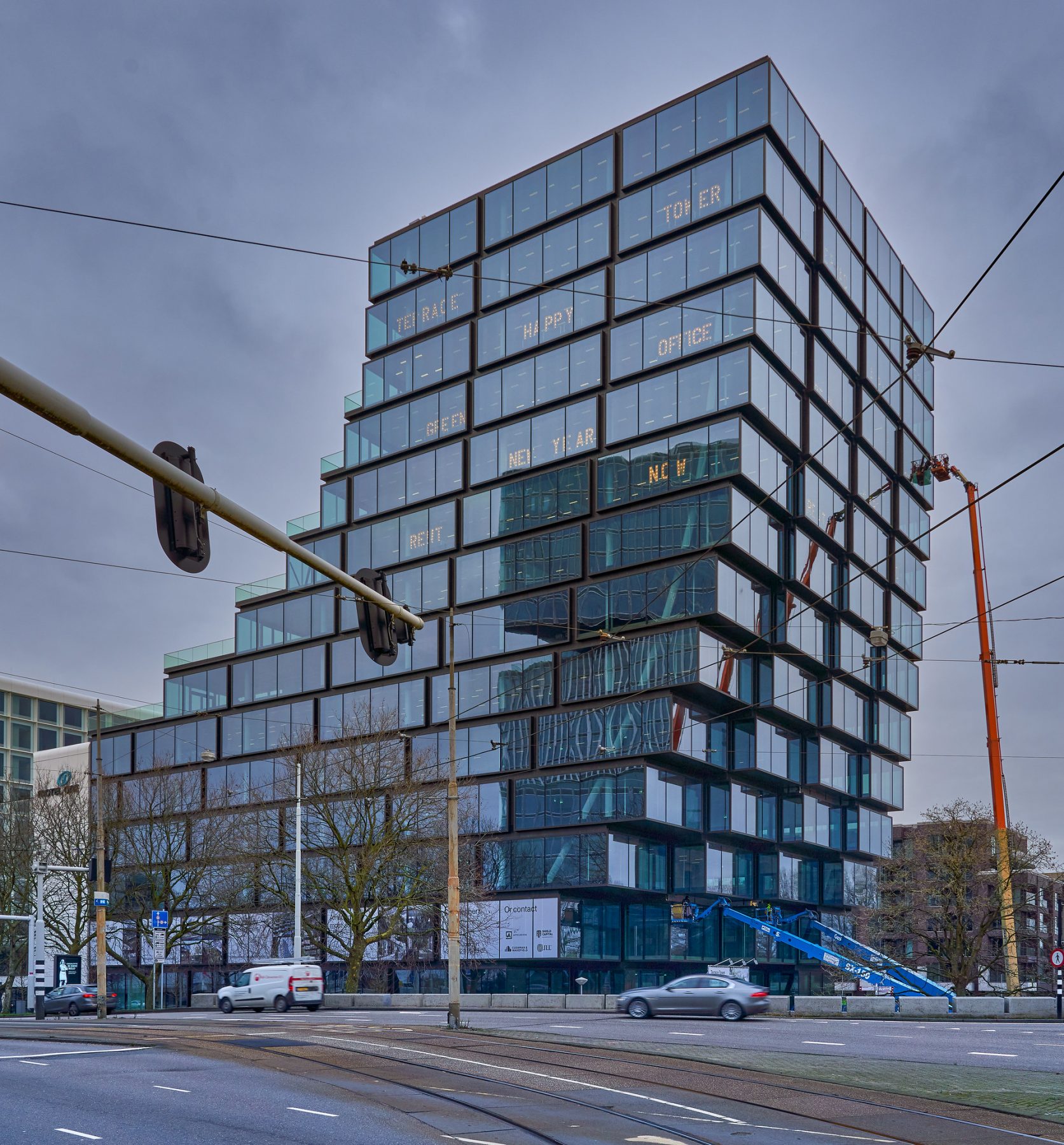 Soft shapes with an abundance of green

Now that Terrace Tower is nearing completion, we need to ensure that the public space around it shows off the new building to the full. Designer Alessandro Solci has clearly made his mark in this part of Zuidas. For example, he was jointly responsible for designing the public space for the nhow Amsterdam RAI hotel and now, together with his team, he is also designing the space around Terrace Tower. ‘With the arrival of all kinds of new buildings in Zuidas, and specifically in Kop Zuidas, this area is perfect for a makeover. We will be using soft shapes, an abundance of green, and stone seating elements.’ 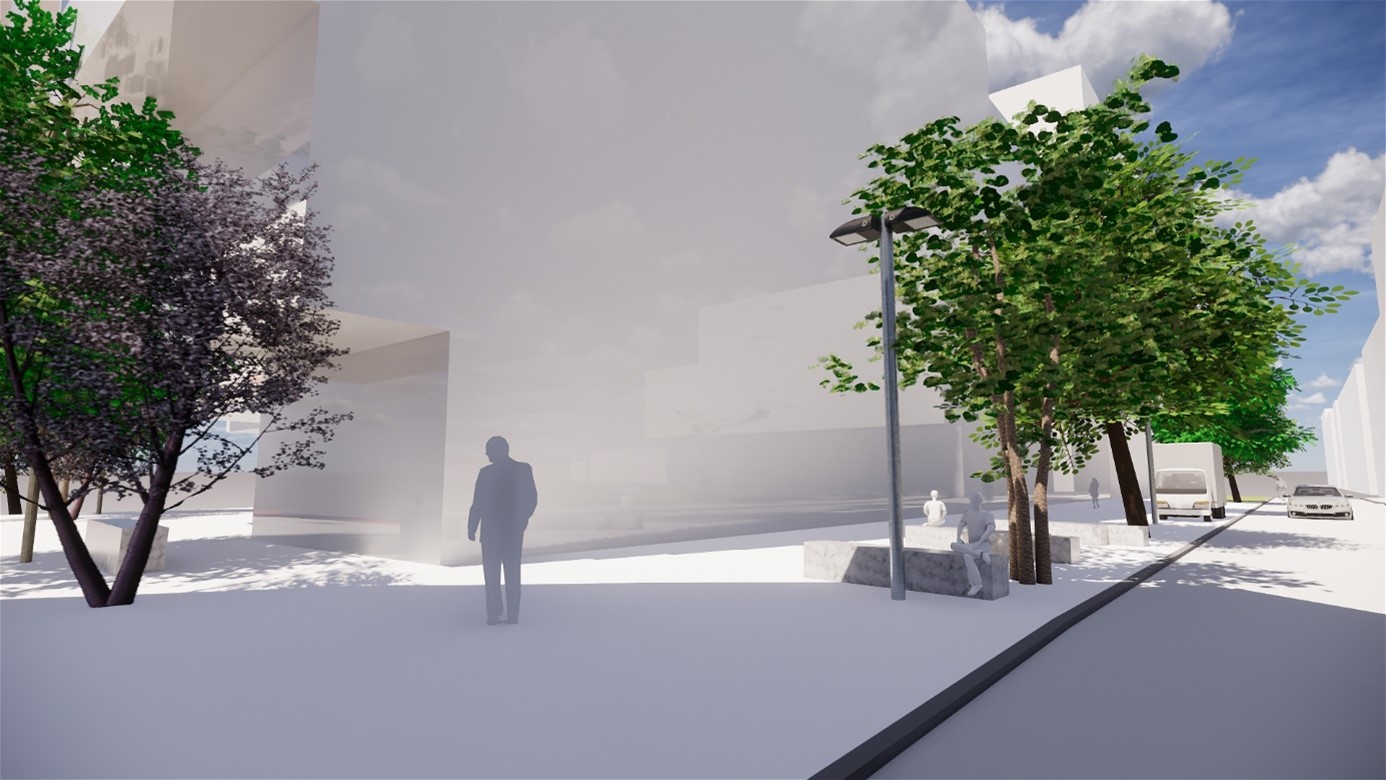 A surprise around the corner

On the Europaboulevard side, the layout has been kept business-like and well-organized. The surprise comes when you turn the corner towards Gaasterlandstraat. That is the street to the south of Terrace Tower, which is also where the main entrance to the building is located. ‘Here we are installing beautiful Breccia tiles measuring 15cm by 30cm, which will be arranged at right angles in a herringbone pattern. Natural stone seating elements, walnut trees, and blossoming trees will also be added here. Gelrestraat will be finished in the same way’, says Solci.

Model of Hogelandplein at Happy Italy 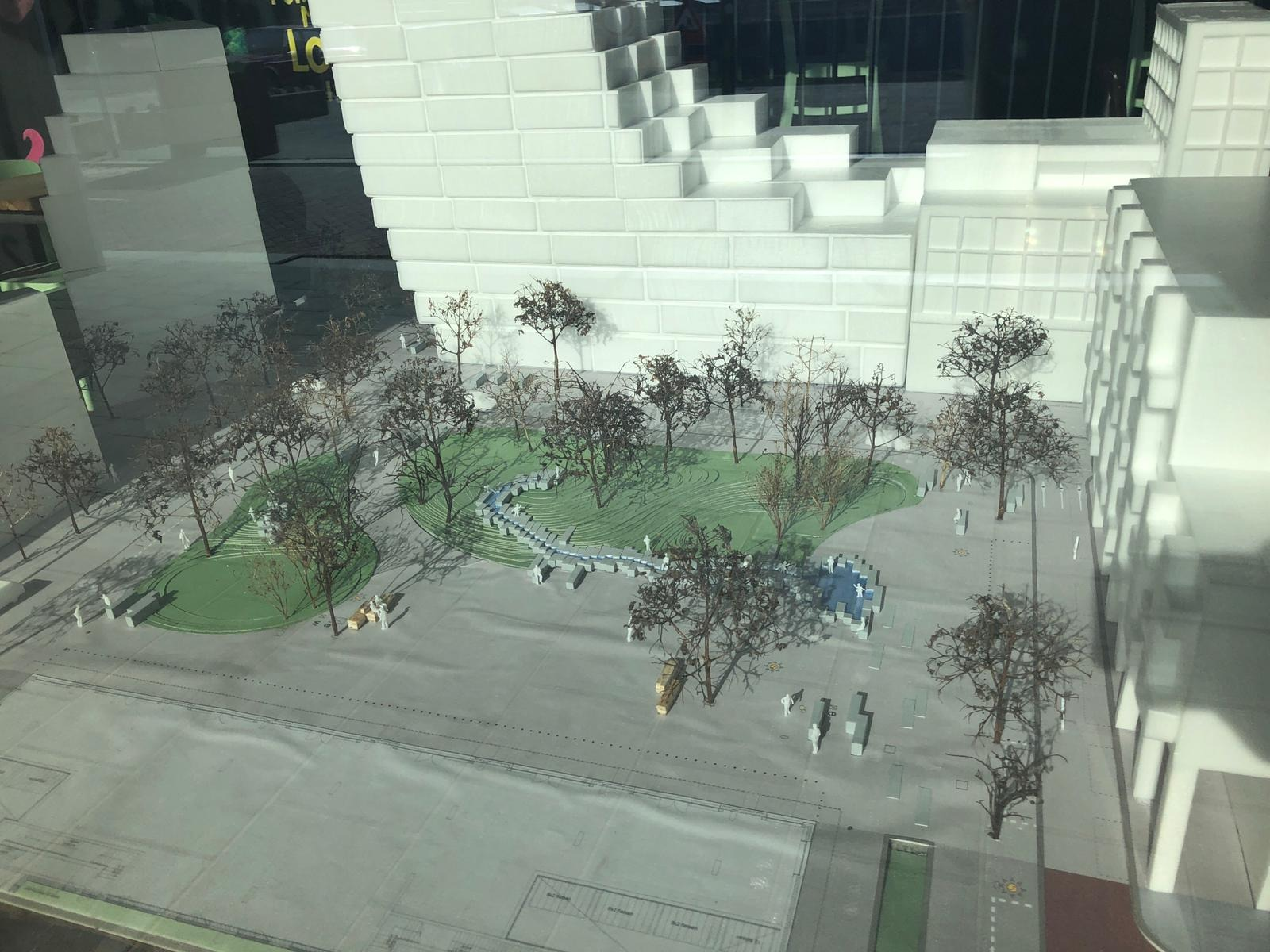 It is no coincidence that just the same trees, materials, and seating elements also feature in the preliminary design for Hogelandplein. This vibrant new square will be located between Terrace Tower and the apartment complex SUD, and will be laid out in September 2021. Solci: ‘Our idea is that when you go to Kop Zuidas, you will leave the busy city behind you and step into a more peaceful world. A world of green, that invites you to sit down and surrounds you with peace and tranquillity. You can only create an atmosphere by creating unity.’ That is why there are so many similarities between the design of Gelrestraat and Hogelandplein. ‘The public spaces will connect seamlessly once they have been completed.’ In the shop window at restaurant Happy Italy (Zuidelijke Wandelweg 78), you can see a miniature model of the new square. Why not take a look?

All done by early April

Meanwhile, we have made some real progress around Terrace Tower. That is a logistical challenge, because in this busy spot – with the ROC and RAI station literally just around the corner – we do not want to create too much disruption for travellers. We have split up the work so that we do not need to close off all the surrounding cycle paths at once, for example. At the end of 2020, we started work on the busiest point – on Europaboulevard. There are now a new sidewalk and a new cycle path there, which can already be used. In the final phase, we will finish the Gelrestraat side. We expect to have finished completely by the beginning of April. That is a week later than planned due to the surprise week of snow we had in February.

The former courthouse in Parnassusweg will soon be home to a museum of modern art. Until then, the building is being put to good use by artists. Dorette Evers has even transformed the two raised beds in front of the building into a paint garden.
July 12, 2022 1