Amsteltram will terminate at temporary stop next to Amsterdam Zuid station

The start and end point for the Amsteltram (line 25) will temporarily be located at Eduard van Beinumstraat, on the north side of Amsterdam Zuid station. This has been agreed by the participants in the Zuidasdok project. 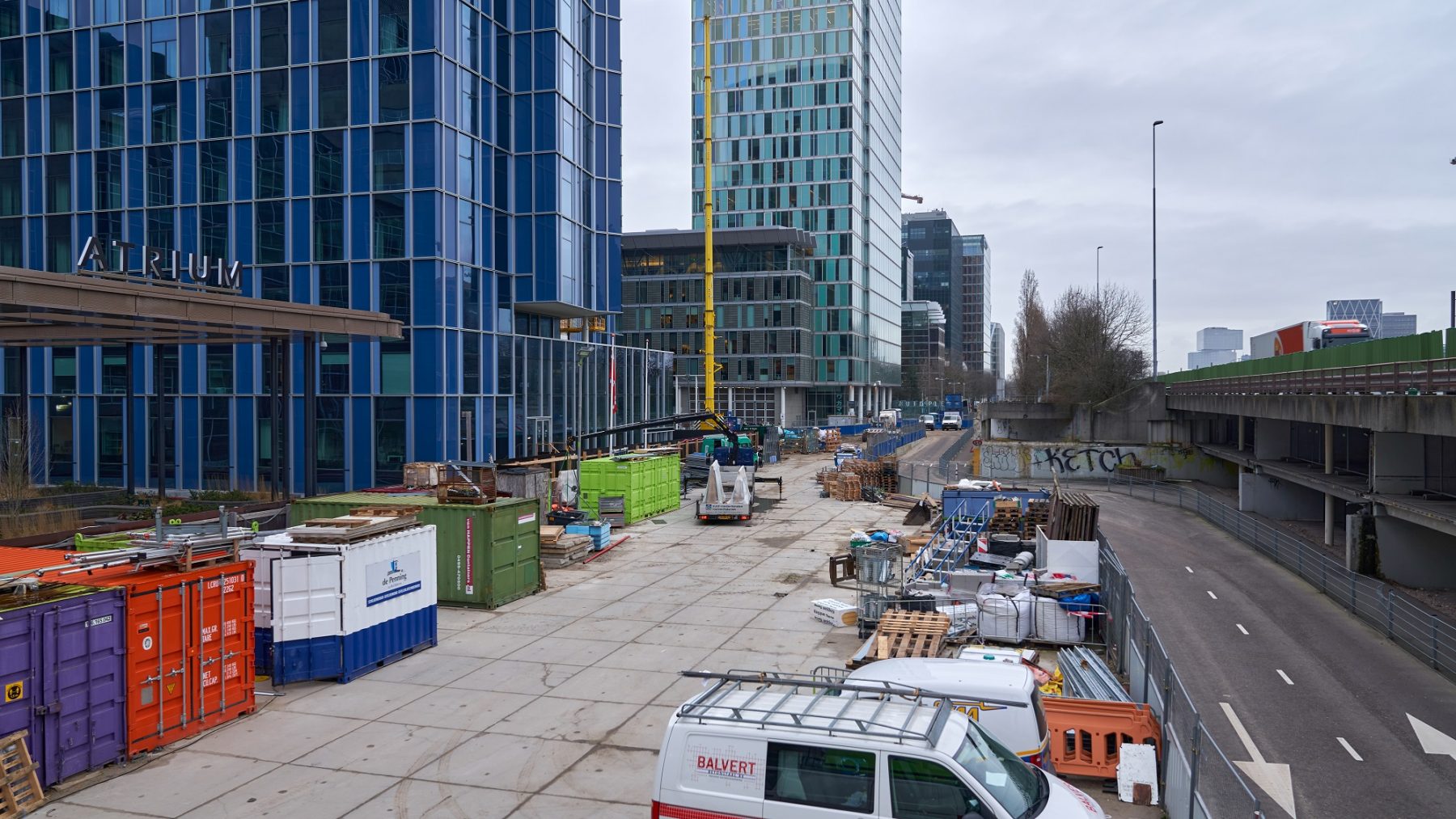 has been agreed by the participants in the Zuidasdok project.
This is a temporary solution, but it should be able to last for a few years. Currently, line 25 starts and ends at Strawinskylaan. The stop will be moved to Eduard van Beinumstraat in 2022. The tram terminus will then be located right next to the station, meaning quicker transfers. Travellers will no longer have to walk from Strawinskylaan through Zuidplein to reach the metro and railway stations. Once the second passenger underpass under the railway station opens (the Brittenpassage), the new stop will be very close to the station entrance. 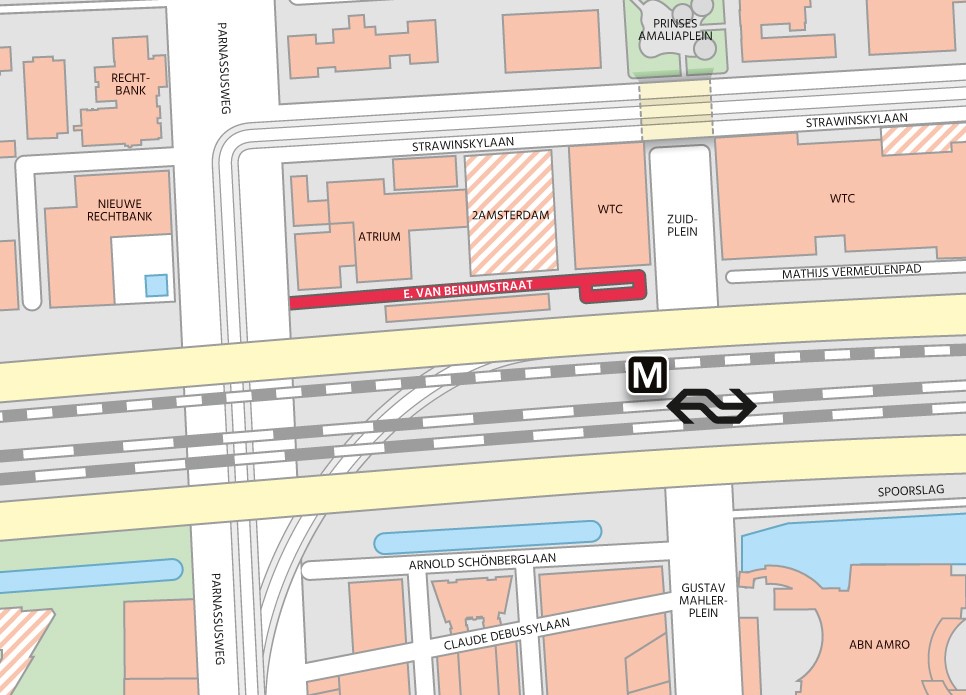 This decision follows an exploratory study by the Amsterdam Regional Transport Authority and the Zuidasdok project, in order to identify a better, temporary location for the tram terminus. The new location will be temporary because eventually the terminus will be at Arnold Schönberglaan, just to the south of Amsterdam Zuid station. The permanent terminus will be built on top of the tunnel for the southern carriageway of the A10, which has yet to be built. Initially, the Zuidasdok project was expected to include a new tram station at Arnold Schönberglaan by 2025. Until that time, the Amsteltram would continue to use the existing tram stop for line 5 at Strawinskylaan. However, due to a delay to the Zuidasdok project, the new tram station will not be built until the end of 2028, at the earliest. All the partners involved agreed that this was too long to continue using the Strawinskylaan stop, because the street is a busy thoroughfare for public transport and taxis. When the walking distance to and from the station and passenger convenience are also considered, the situation is far from ideal. 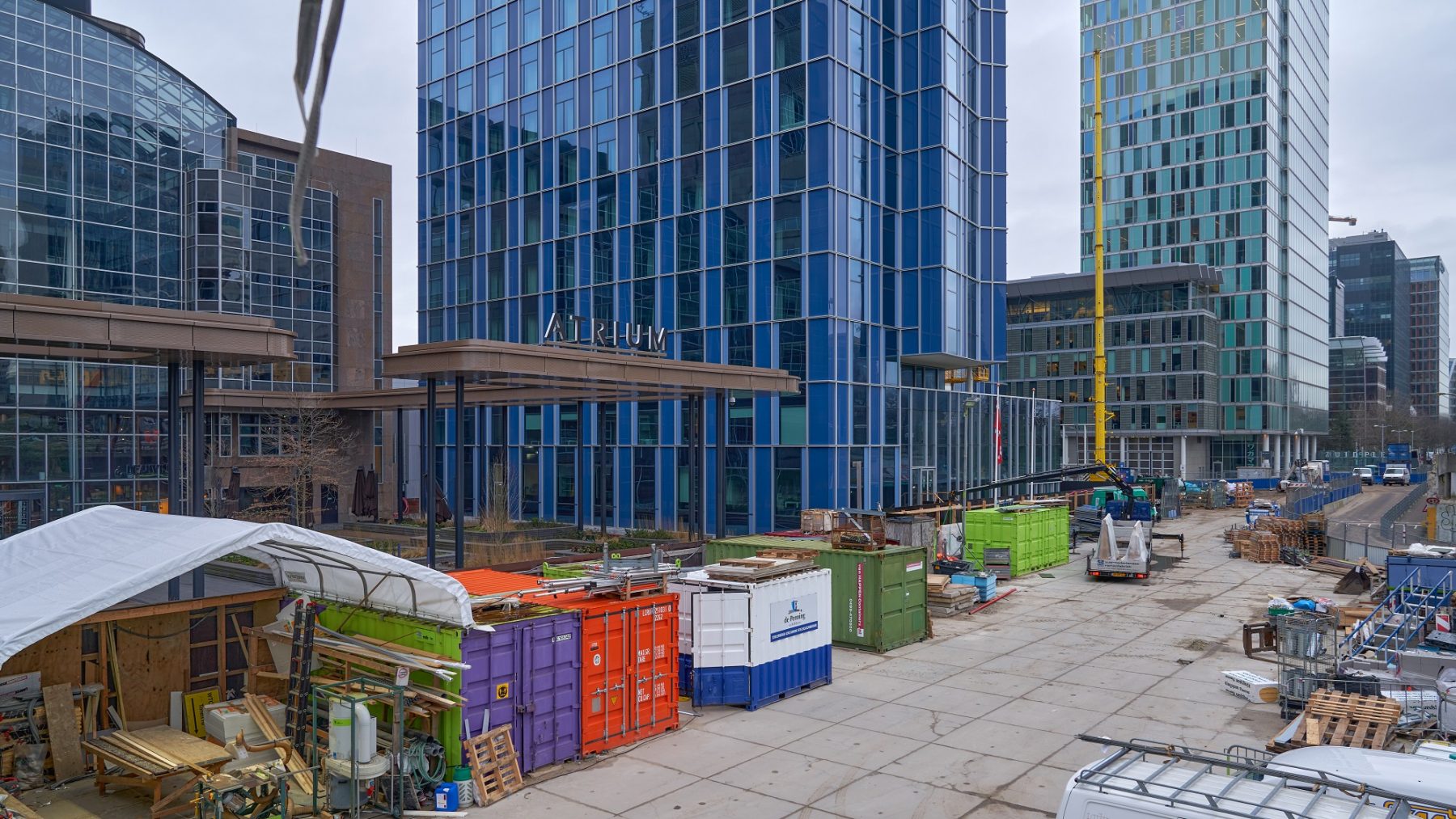 Tunnel for north carriageway of A10

However, the temporary stop on Eduard van Beinumstraat will be in the way of the construction work for the northern motorway tunnel. The stop will therefore be taken out of use when work on building that northern tunnel begins. According to current estimates, that will be between 2026 and 2029. When construction work has to start at the location, the stop for the Amsteltram will be moved back to Strawinskylaan temporarily, until the roof of the southern highway tunnel has been completed and the tram terminus can be moved to its final location. Zuidasdok and the Amsterdam Regional Transport Authority both wish to ensure that this intermediate period is kept as short as possible.

Zuidasdok will make the site for the tram stop on Eduard van Beinumstraat available to the Amsteltram project as soon as it is released by the contractor for the 2Amsterdam project. This construction project – which involves converting two towers into a hotel and office – is still taking up space on Van Beinumstraat. According to the current schedule, the 2Amsterdam project will be finished in the summer of 2021.