Three new artificial grass pitches have been laid at SC Buitenveldert football club this summer. The club is located between Mahlerlaan and De Boelelaan, and its old pitches were worn out. ‘We’ll be able to use these new pitches for many years to come’, said board member Paul Rijnierse. 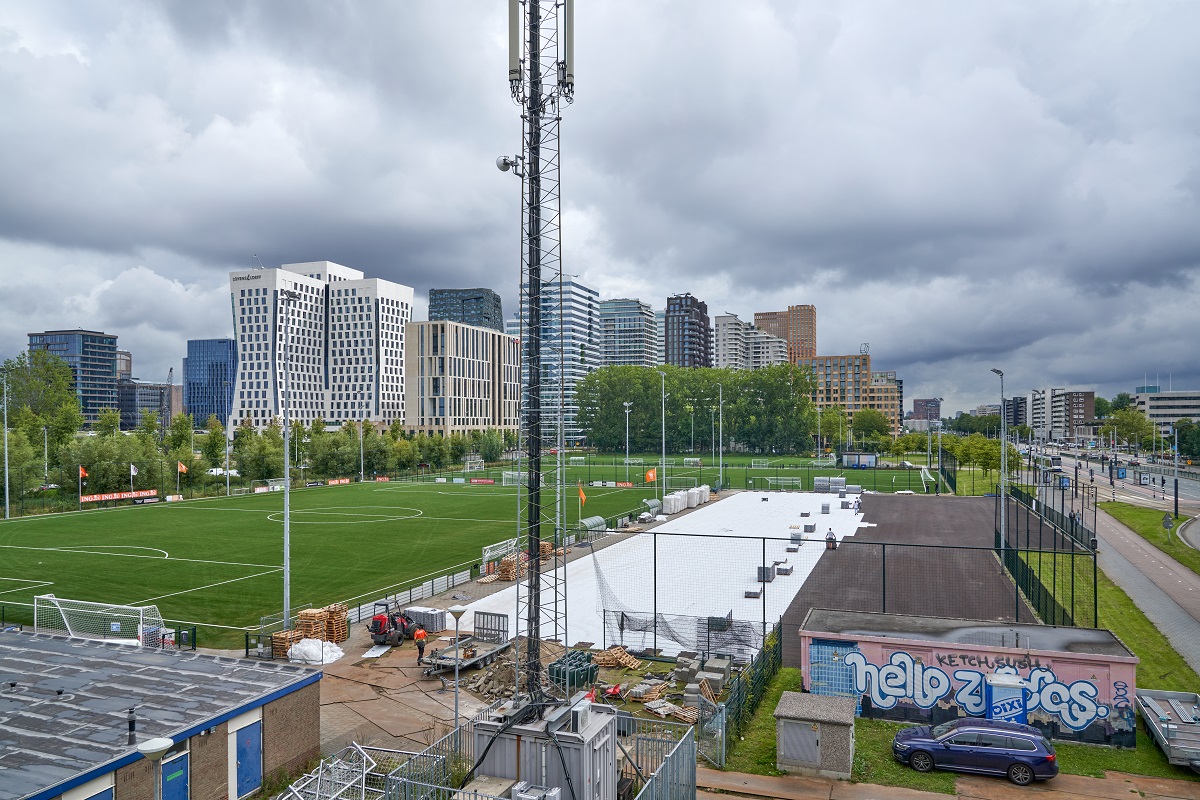 Thanks to the wonderful Dutch summer, it is not just the artificial grass pitches of SC Buitenveldert that look bright green – trees and plants in the area are also looking very well-watered. Construction workers are now putting the finishing touches to the last smaller-size pitch for younger players, but there have been a few delays due to logistical problems. ‘The three fields were really worn out, and the pitch used by our younger talents was in the same condition’, explains Paul Rijnierse, board member of the football association. That’s not surprising. Artificial grass only lasts about ten years, and the old surfaces had been there for twelve. The new surfaces have been installed on behalf of the municipality, so the sports complex will be in top shape for the start of the new football season. 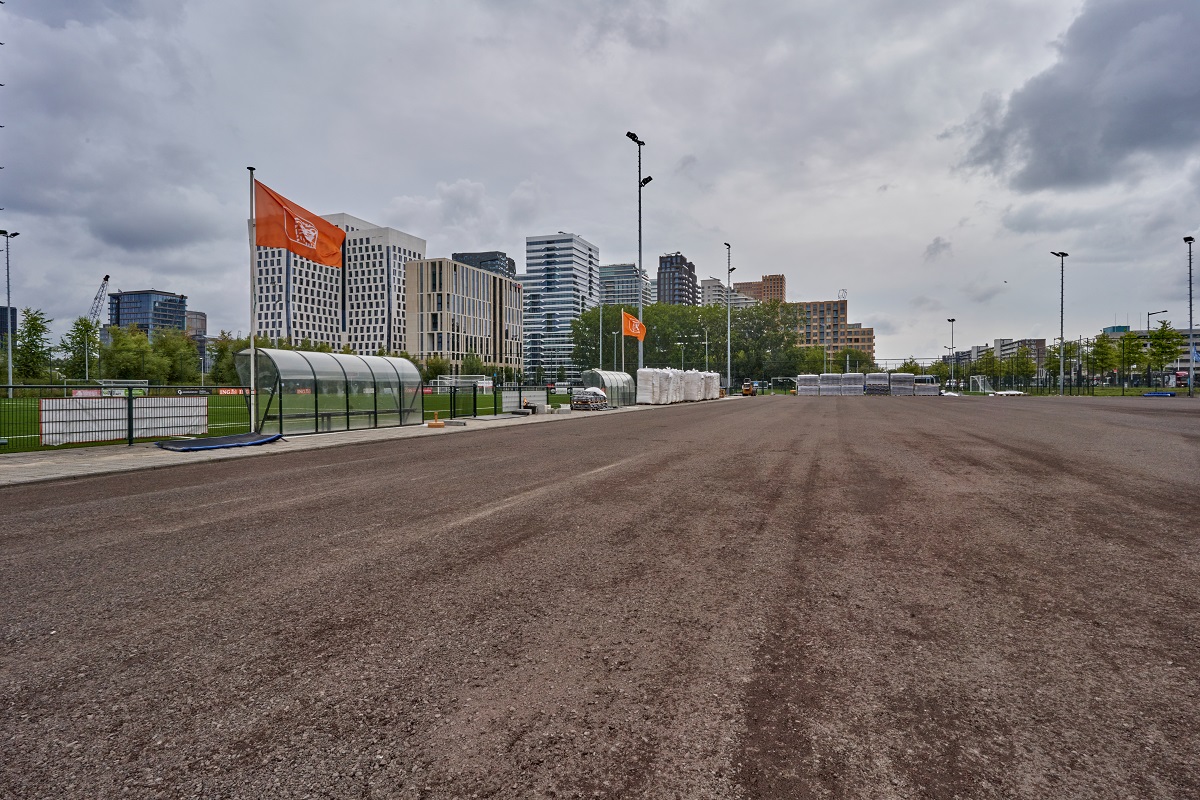 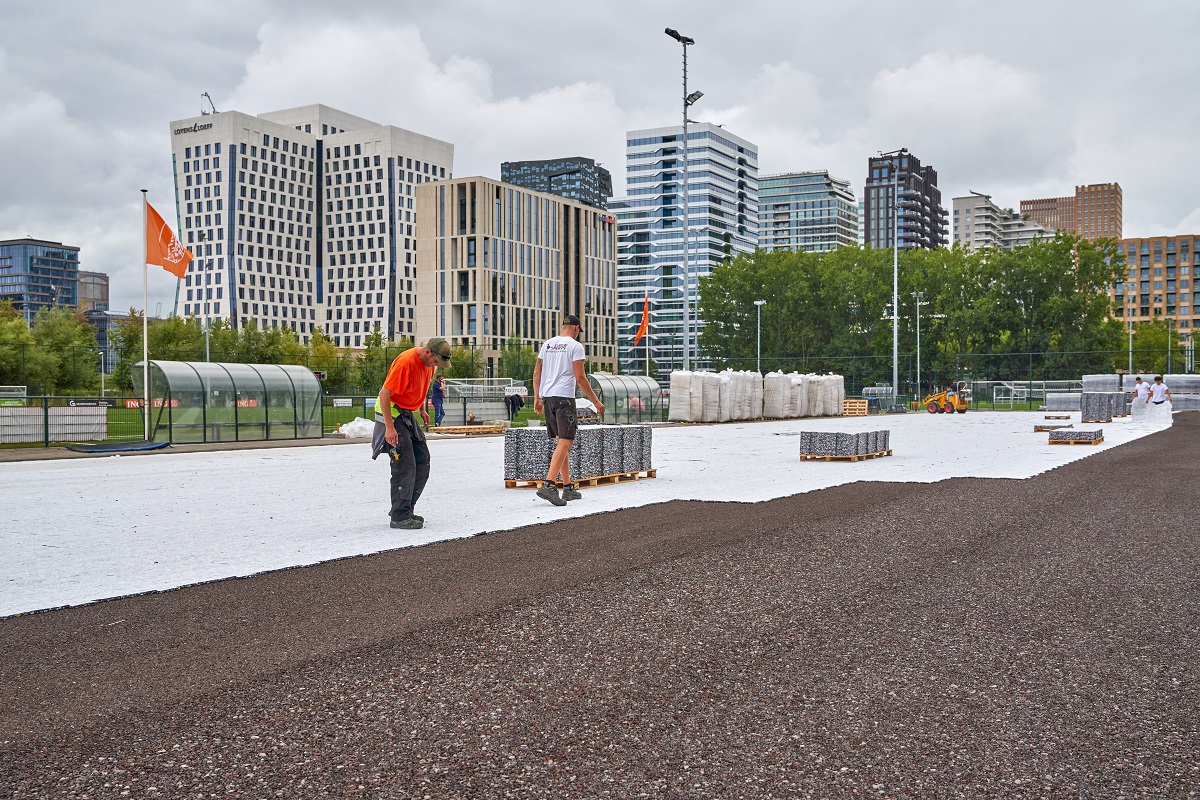 And then the new surfaces 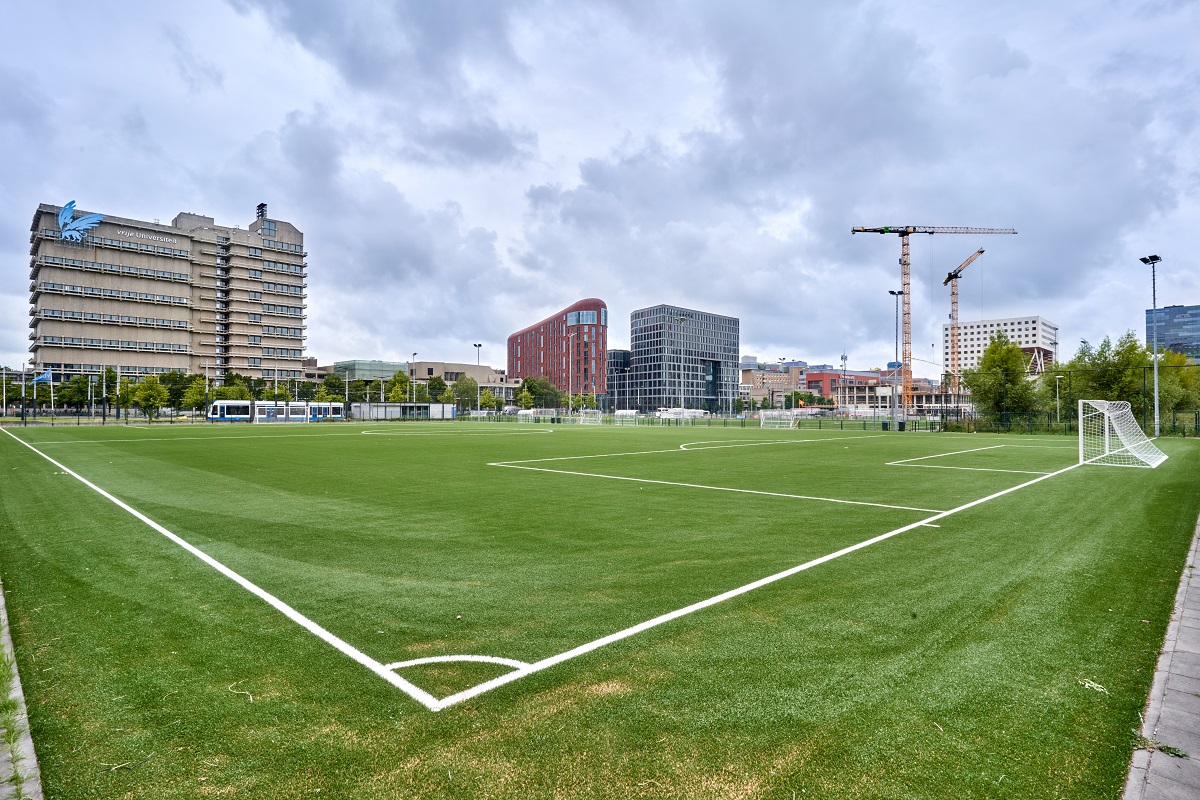 SC Buitenveldert is not just any football club. It has been located at Sportpark Buitenveldert since the 1960s, and has been under its current name since 1974. Over the years, it became a pioneer in women’s football. The association still has the largest women’s football division in the Netherlands, with about 500 members. It has produced talents such as Merel van Dongen (Atlético Madrid) and Laura Du Ry (Ajax), among others. As well as the women’s division, SC Buitenveldert also has a youth division recognized by the KNVB – for both boys and girls. This is how the young Myron Boadu began his early career, before going on to play for AZ Alkmaar and AS Monaco. And while we’re on the subject, we also have to mention one more famous player produced by SC Buitenveldert: Frank Rijkaard. SC Buitenveldert has a partnership with Ajax to encourage talented female players to move up the ranks.

Developments in the local area

A lot has changed in the area since the club was founded. The whole of Zuidas has been developed, as well as the area around the football club. But there is still a lot to do in the years to come: just to the north of the football pitches, a multi-purpose building called De Puls is being built, and to the west a new research building for the Vrije Universiteit is rising up from the ground. Ultimately, this will be a neighbourhood with an exciting mix of entrepreneurs, researchers, doctors, lawyers, students, (data) scientists and residents. It will also be a wonderful place to live and spend time in, thanks to its many cafés and restaurants, a cinema, theatre, sports and fitness centres, and of course the new public library, OBA Next.

But that is all in the future. In fact, it’s all taking a little longer than expected and SC Buitenveldert has also noticed this. ‘We have regular meetings with the Vrije Universiteit and the City of Amsterdam’, says Rijnierse. ‘The move to the new location south of the university campus has now been postponed several times.’ That’s not a problem in itself, but it is having other knock-on effects for the club. ‘We don’t mind staying here for a bit longer, we like it here. It’s just that our clubhouse is now starting to need some serious repairs. But we understand that dates have to be flexible sometimes.’ The long-term solutions will come once the university’s old Maths and Physics Building is demolished. After that, SC Buitenveldert can move to the new location. But right now, it looks like that won’t be until the end of this decade. ‘So laying new artificial grass is certainly the right thing to do. The new surfaces will still last for their full life cycle.’

A weekly market in Zuidas will be held for the first time on Thursday 2 September. There will be 16 market stalls on Gershwinplein to begin with, offering mainly food products. Amsterdam Zuid district council will examine whether the market is a success after 18 months.
wonen-en
August 27, 2021

Museum of Contemporary Art in the old court house building

There are plans for a new art gallery in the old court house on Parnassusweg, so Zuidas could soon be home to another cultural hotspot.
More posts