The permanent base for the air ambulance will move away from the roof of Amsterdam UMC, location VUmc, significantly reducing noise pollution for local residents. 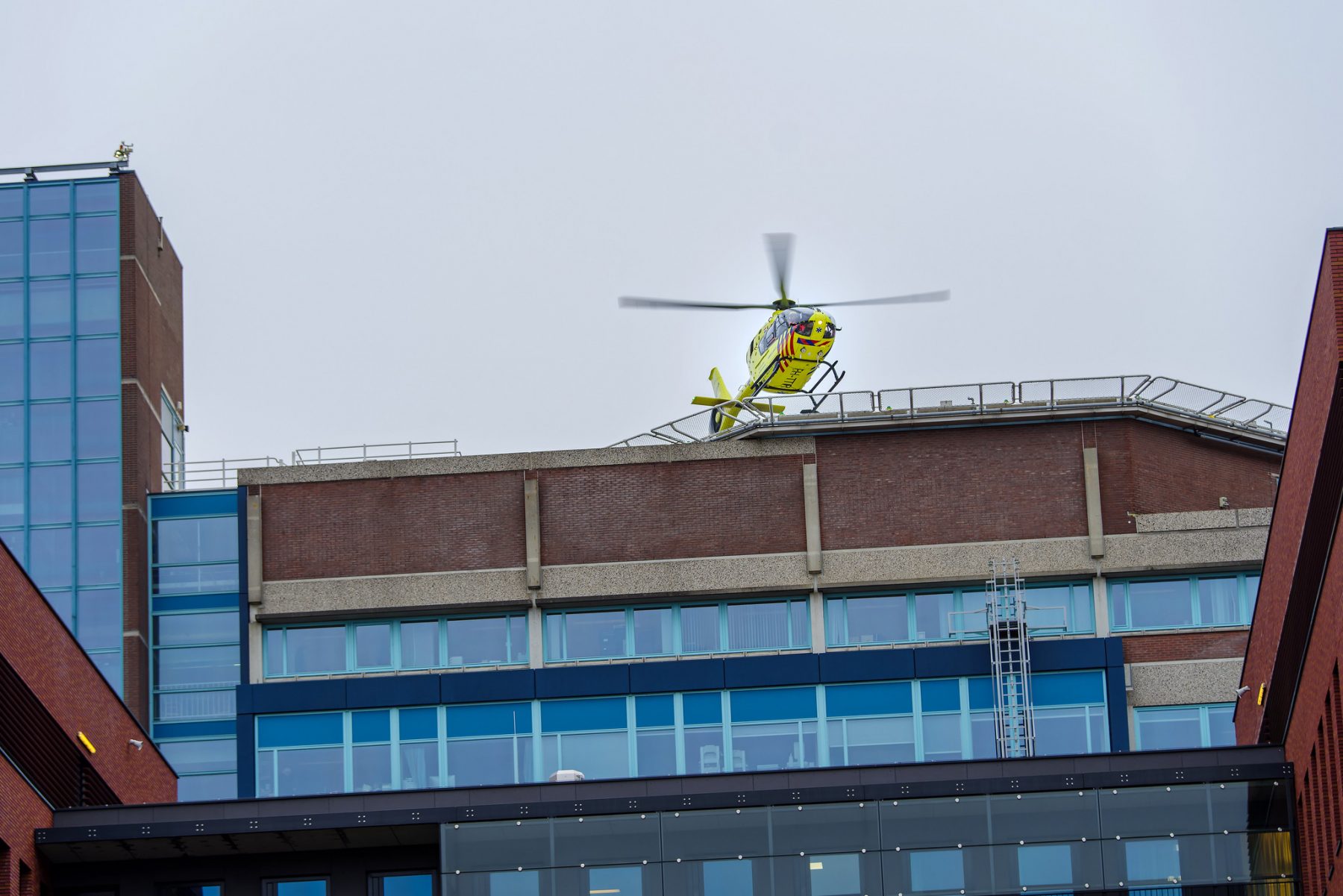 This decision has been made by the Executive Board of Amsterdam UMC. In partnership with the City of Amsterdam and the Province of Noord-Holland, a new location has been chosen at the site of the Amsterdam Heliport in the Western Docks area of the city. ‘We have chosen a location that will enable the Mobile Medical Team (MMT) to provide optimum responsiveness with as little disruption to local residents as possible. The relocation will not affect the speed with which the MMT can get to where it is needed’, said Mark Kramer, member of the Executive Board of Amsterdam UMC.

The MMT and the air ambulance have been stationed on the roof of the VUmc location since 1995. The team includes a doctor, a nurse, a driver for the car and a pilot. It is only deployed when there is a serious incident, and whenever a call comes in, a decision is made about the quickest way to arrive at the scene – by car or by helicopter. The air ambulance is used six to seven times a day, on average. It therefore has a very special role to play, but its current location on the roof of the VUmc location causes a lot of disruption for local residents due to noise.

The roof of Amsterdam UMC, location VUmc, will continue to have a helicopter pad, because it is a trauma centre for people who have been injured in accidents. However, for most patients the helicopter will not be used. A doctor from the MMT will travel to VUmc in the ambulance with the patient. Once the patient has been handed over to the staff at the VUmc, the doctor will be picked up and taken to the Amsterdam Heliport location by helicopter, so that the MMT is ready to take its next call. The air ambulance is expected to land or take off from the roof of the VUmc location 760 times a year once the location has been moved.

This holiday season, the pandemic means that a quick visit to the cinema, the theatre, a cafe or restaurant is off the cards. But if you still feel like getting out and about, why not take a walk around Zuidas? There are two surprising audio tours for you to try, in your own time and at your own pace.
wonen-en
December 22, 2021

They were shunned and unknown during their own lifetimes, but now the names of female composers will add some diversity to the streets of Zuidas. ‘They died sad and lonely – and that’s why now, after all these years, we have to honour their work.’
wonen-en
werken-en
December 21, 2021

An important first step has now been taken in the development of OBA NEXT. Three consortia have been invited to submit designs for the new library and the offices in the Innovation District (‘Kenniskwartier’).
More posts