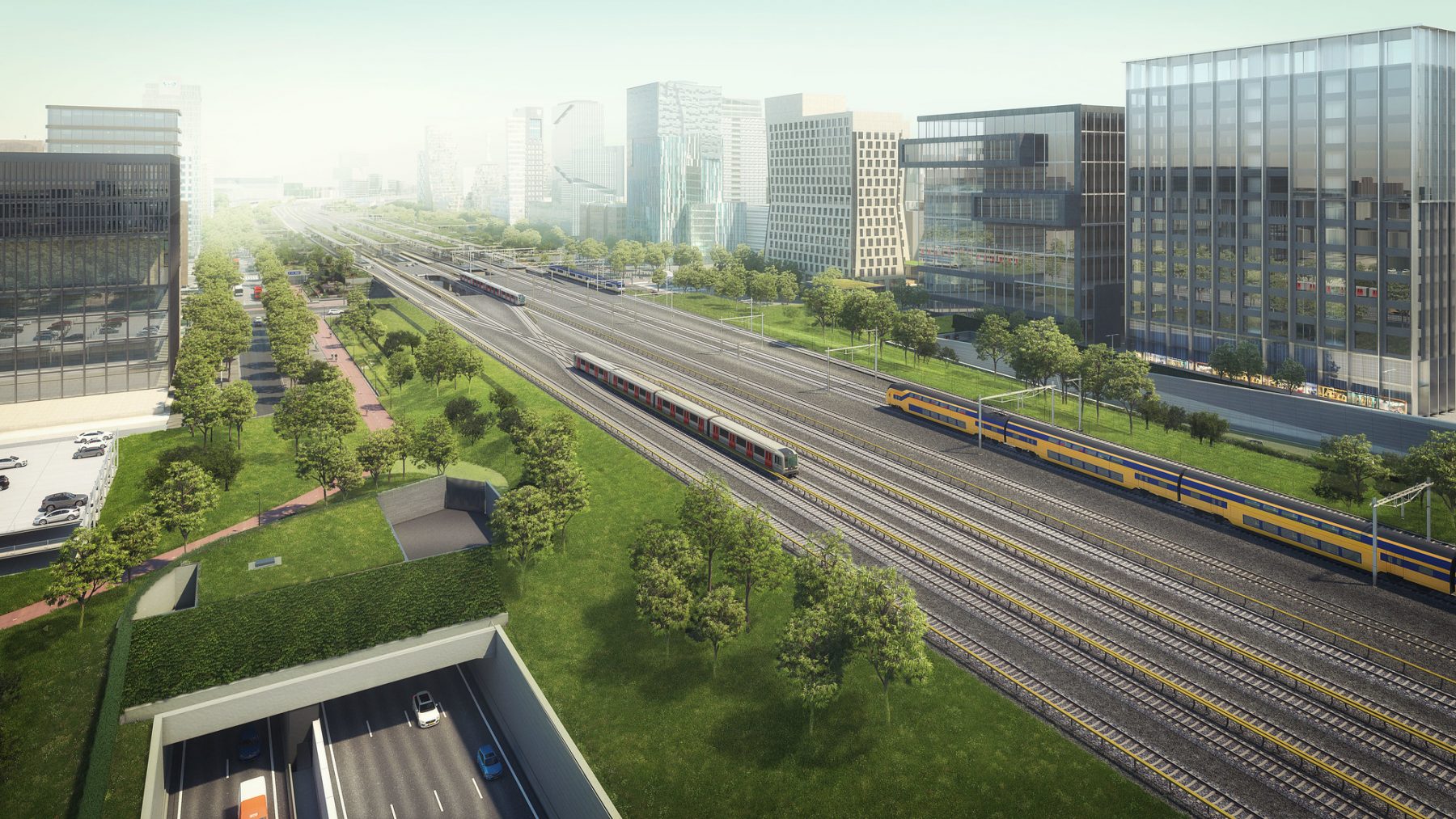 Thanks to the agreements, funding is now available for all parts of the Zuidasdok project: the tunnel underneath the A10 Zuid, required in order to expand Amsterdam Zuid station; the widening of the A10 Zuid from four to six lanes in each direction; and the separation of through-traffic and local traffic. ‘This will be an important step forward in improving the accessibility of the northern Randstad and Amsterdam and boosting quality of life in Amsterdam Zuid’, said Hans Ruijter, director of Zuidasdok. ‘The A10 will be going underground and Amsterdam Zuid station is being converted into a state-of-the-art public transport terminal with shops and amenities. Tackling the De Nieuwe Meer and Amstel interchanges will also result in much better and safer flow of traffic.’ The agreements also include the construction of a fifth and sixth track at Amsterdam Zuid station, especially for international train traffic. The latter is not part of Zuidasdok, but obviously closely related to it.

The parties involved have not only reached agreement on the Zuidasdok project, but also, in the longer term, on extending the North/South metro line to Schiphol and Hoofddorp and exploring the options for completing the metro ring (the Ring line) by extending the metro track between Isolatorweg (next to Sloterdijk) and Amsterdam Central station. The total investment for these three major public transport and infrastructure projects in the Amsterdam region will amount to €5.4 billion, of which €1.5 billion has been set aside for Zuidasdok.

All of these investments are necessary in order to improve connections between the three key economic centres in the Amsterdam Metropolitan Area: Amsterdam within the A10 orbital ring road, Zuidas and Schiphol-Haarlemmermeer. This will ensure that the region remains attractive to Dutch and international businesses, which is expected to result in an additional 270,000 jobs by 2020. By then, the aim is also to have built an additional 325,000 homes.

The investments will also help improve travel for students and people working in healthcare, education, childcare or facility services – groups that are often dependent on public transport. The investments in public transport will also make travel more sustainable. It will become more attractive to take the train, even to international destinations. It will also become more convenient to combine different types of transport with each other, such as train, metro and bicycle.

On 28 November 2022, the Dutch House of Representatives will be discussing the results of the official consultation on the MIRT (Multi-year Infrastructure, Spatial Planning and Transport Programme).