In the tender for the work to reconstruct the De Nieuwe Meer interchange, the offer put forward by TriAX has been judged to be the best. This provisional awarding of the project marks the start of the process of widening one of the busiest motorways in the Netherlands, the A10 Zuid. 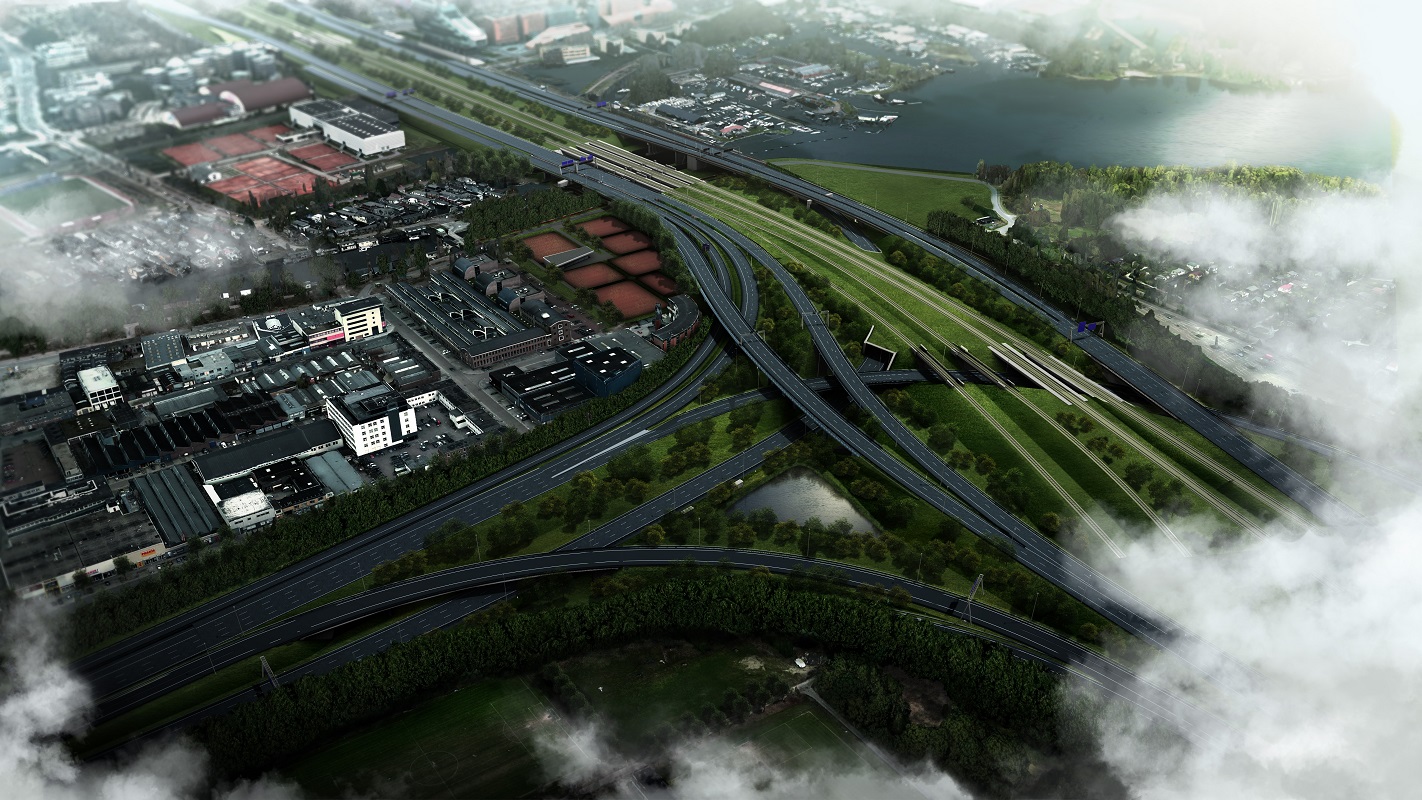 TriAX is a consortium made up of Dura Vermeer Divisie Infra B.V., Heijmans Infra B.V. and N.V. BESIX S.A. One of the key challenges involved in the project is the very limited room for construction, combined with the large number of motorists, public transport passengers and boat traffic that will need to continue to use the infrastructure on and around the De Nieuwe Meer interchange. TriAX has devised some smart working methods to reduce disruption to businesses and local residents and do the work within the limited space available. ‘We received two high-quality bids after a tendering process that ran smoothly and according to schedule’, says project manager Ferdinand Bockhoudt. ‘The TriAX bid offers best value for money. We look forward to working with TriAX and are standing by to begin the preparatory work quickly. Zuidasdok is now working on both Amsterdam Zuid station and the road.’ TriAX project director Bart Heijblom is also delighted. ‘Following an intensive, but smooth tendering process, we are proud to be able to realise the De Nieuwe Meer interchange project. We look forward to continuing our great collaboration with the Zuidasdok project team.’

Renovation of A10 Zuid

The structural renovation of the A10 Zuid will start with the large-scale reconstruction of the De Nieuwe Meer interchange. In order to improve safety and traffic flow on the road, through-traffic will be separated from local traffic from this interchange. The number of lanes is being increased from five to six in each direction. Achieving this will involve work on 14 viaducts and the construction of a completely new flyover from the A10 Zuid to the A4.

The Schinkelbrug currently consists of five movable bridges. One of these is to be demolished and four will be rebuilt. There will be a new cycle path across the Nieuwe Meer on the southernmost, outer bridge. The lanes will be separated from each other by noise barriers. Noise-dampening asphalt will also be used. The northern access road S108 will be moved in order to make space for the motorway tunnel; traffic heading for the A10 will then pass in front of Tripolis. This will create the space needed for better and safer traffic flow. 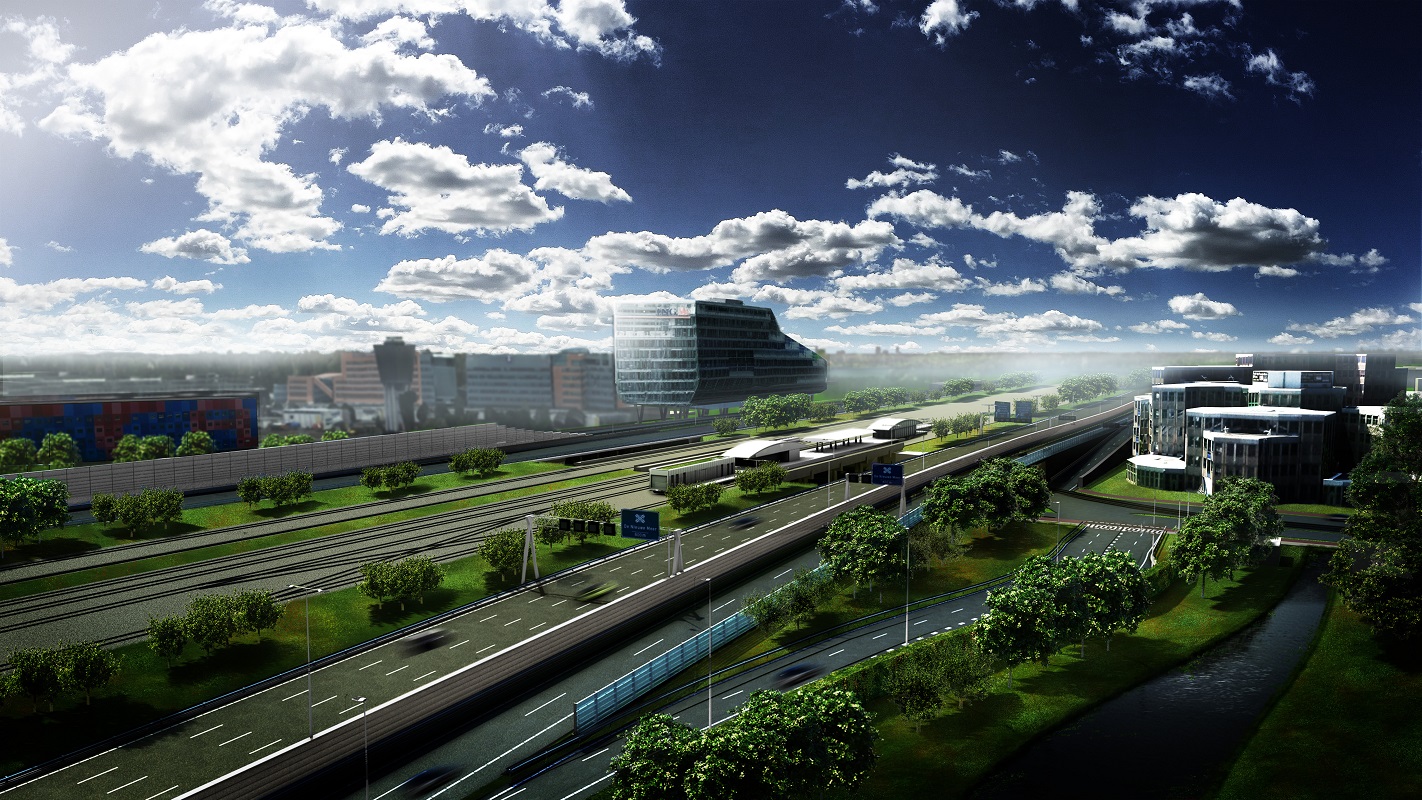 Impression of the renovated Schinkelbrug 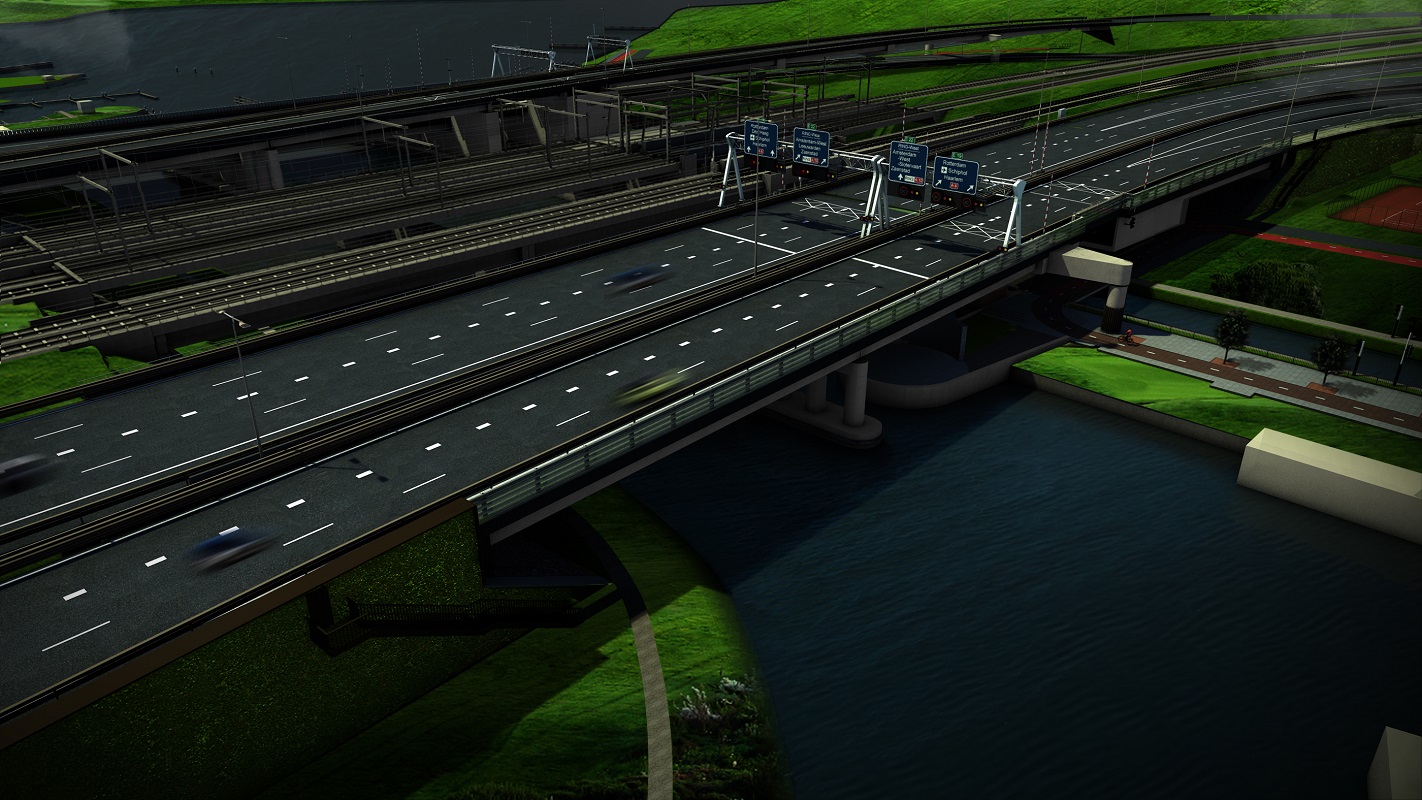 The first phase of the reconstruction of the De Nieuwe Meer interchange involves preparatory work, such as a soil survey, the setting up of construction sites and relocation of cables and pipelines. This work is expected to start in early 2023. According to the current schedule, all parts of the De Nieuwe Meer interchange regeneration will be completely in use by 2031 at the latest.

At the heart of Zuidas, the A10 will be re-diverted underground. The tender for the construction of the motorway tunnels is currently being prepared. The changes to the A10 Zuid will end with the reconstruction of the Amstel interchange.