The impact of upcoming construction work on Zuidasdok is making itself felt far in advance. On 19 February, the first group of trees (about 630 in all) will be felled. A total of approximately 14,400 trees are to be felled, to make way for the work on Zuidasdok. 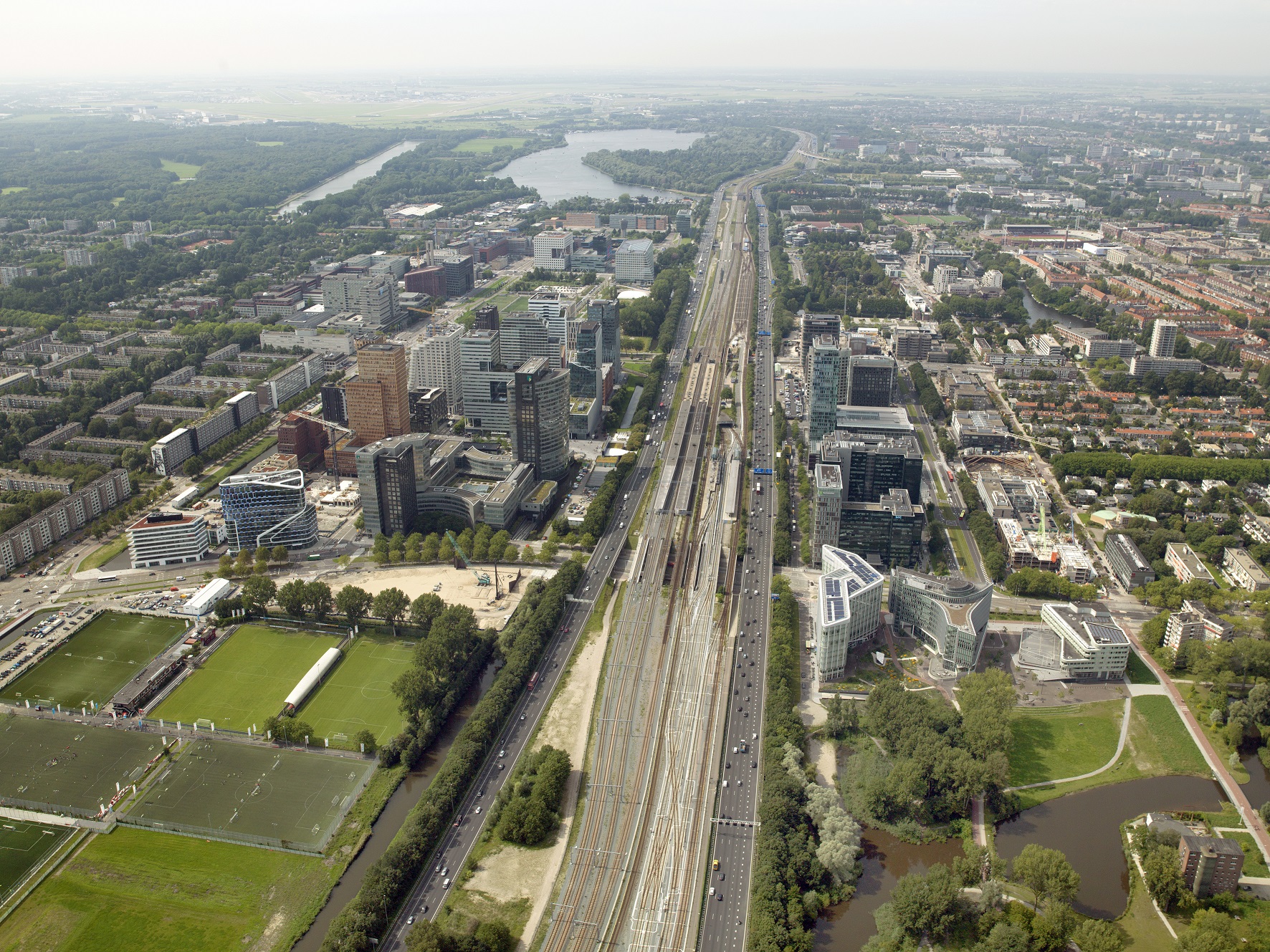 All of the trees along the southern section of the A10 orbital motorway, between the Amstel and De Nieuwe Meer junctions, will be cleared. This will make room for work to widen the motorway and run part of it through an underground tunnel. We will also clear the trees at the Amstel and De Nieuwe Meer junctions. These junctions will then be refurbished. Zuidasdok is scheduled for completion in 2028. The work will be carried out by the ZuidPlus construction consortium.

We will start work on 19 February, near the offices of EY (formerly Ernst & Young). We will clear the trees between the A10 orbital motorway and the railway line, to make room for the construction of a bicycle and pedestrian tunnel. This will connect Spoorslag (the path north of the Goed Genoeg sports park) with the Beatrixpark.

A week later, starting on 26 February, we will start felling trees on the north side of Arnold Schönberglaan. Here we will be setting up a building site for construction work on a new passage, the Brittenpassage. The Brittenpassage is the additional passage for the renewed Amsterdam Zuid station. Seven trees along Eduard van Beinumstraat will be cleared, to make room for the demolition of the multi-storey car park. That structure has to go, to make room for Zuidasdok’s northern tunnel. The clearance of these trees and the demolition of the multi-storey car park will not be carried out by ZuidPlus. Instead, this work will be carried out by the J.P. van Eesteren construction company, which is also involved in the renovation of 2Amsterdam. 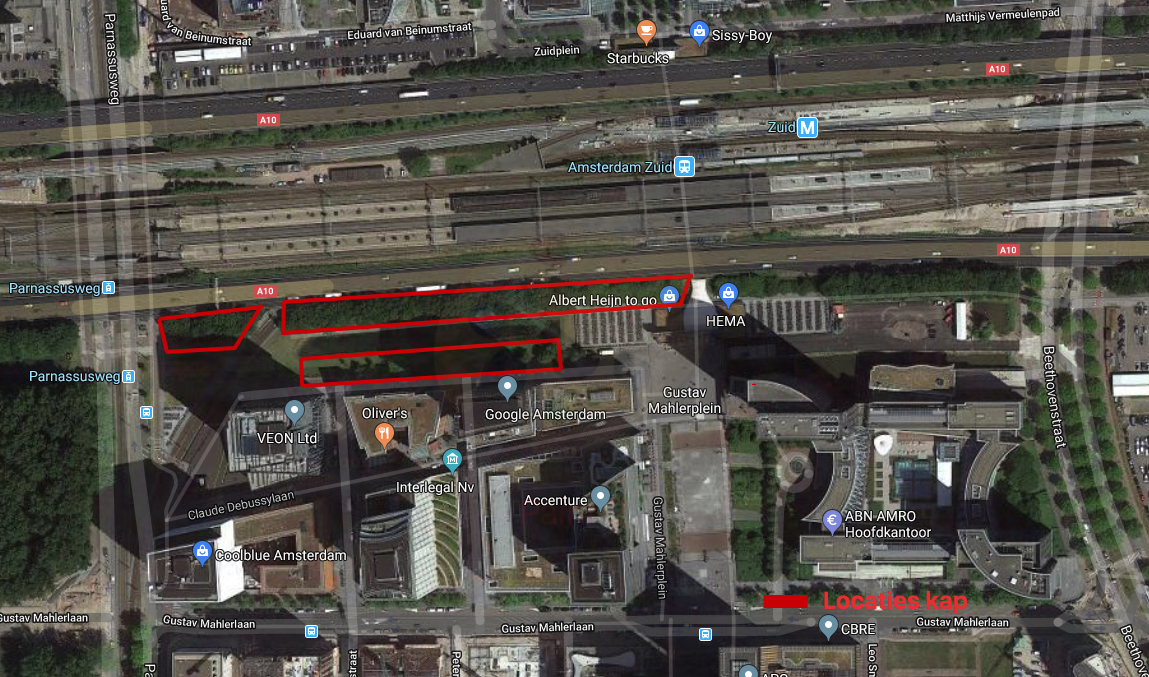 The initial work on Zuidasdok is scheduled to take place at these three sites, so this is where our tree-felling operation will start. The entire operation will be based on the same approach, in which we will not remove any trees until it is absolutely necessary. We will also make allowance for the bird breeding season, of course. As a rule, no trees may be felled during this period.

We want to give some of the wood from these trees a second lease of life. For instance, it could be used to make benches, nesting boxes, or other practical or beautiful objects. Whether or not that is successful depends on the ‘harvest’. The inventory of every tree to be felled in the project area only lists specimens with trunk diameters of eight centimetres or more. There are numerous trees with small trunk diameters on the embankments to either side of the southern section of the A10 orbital motorway and in the central reservation. So we will just have to wait and see how wood from the felled trees is to be used. If you have a great idea about a new use for this wood, please let us know by adding a comment below.

Return of the green areas

Following the completion of Zuidasdok, we will recreate as many green areas as possible. There will be fewer than before, but they will be of better quality. So we’re not trying to cram in as much vegetation as possible. Instead, our goal is to create attractive green areas that add genuine value to the area. Depending on the species and the trunk diameter, approximately 2,500 to 4,000 new trees will be planted in the project area. In addition, a different pattern of planting will be used. This will feature enhanced diversity, to strengthen the area’s ecology.

In Parnassusweg, the development of the museum for contemporary art in the former courthouse building (part of which has protected monument status) is now a step closer. The City Council voted to purchase the building on 15 September 2021.
wonen-en
July 7, 2021

The visual artist Cesare Botti has created an artwork on the wall of the old parking garage of Atrium, opposite hotel INNSiDE. This is a Zuidasdok initiative. Botti’s ‘Mural Carnival’ is temporary: the Brittenpassage will be located here in a few years’ time.
werken-en
December 30, 2020

From mid-March 2020, the offices in Zuidas were more or less empty. Most schools and amenities were closed. As in the rest of the country, local residents had to adapt their day-to-day lives. But what about the Zuidas builders? They continued their work.
More posts