First of its kind: P-route for cyclists in Zuidas 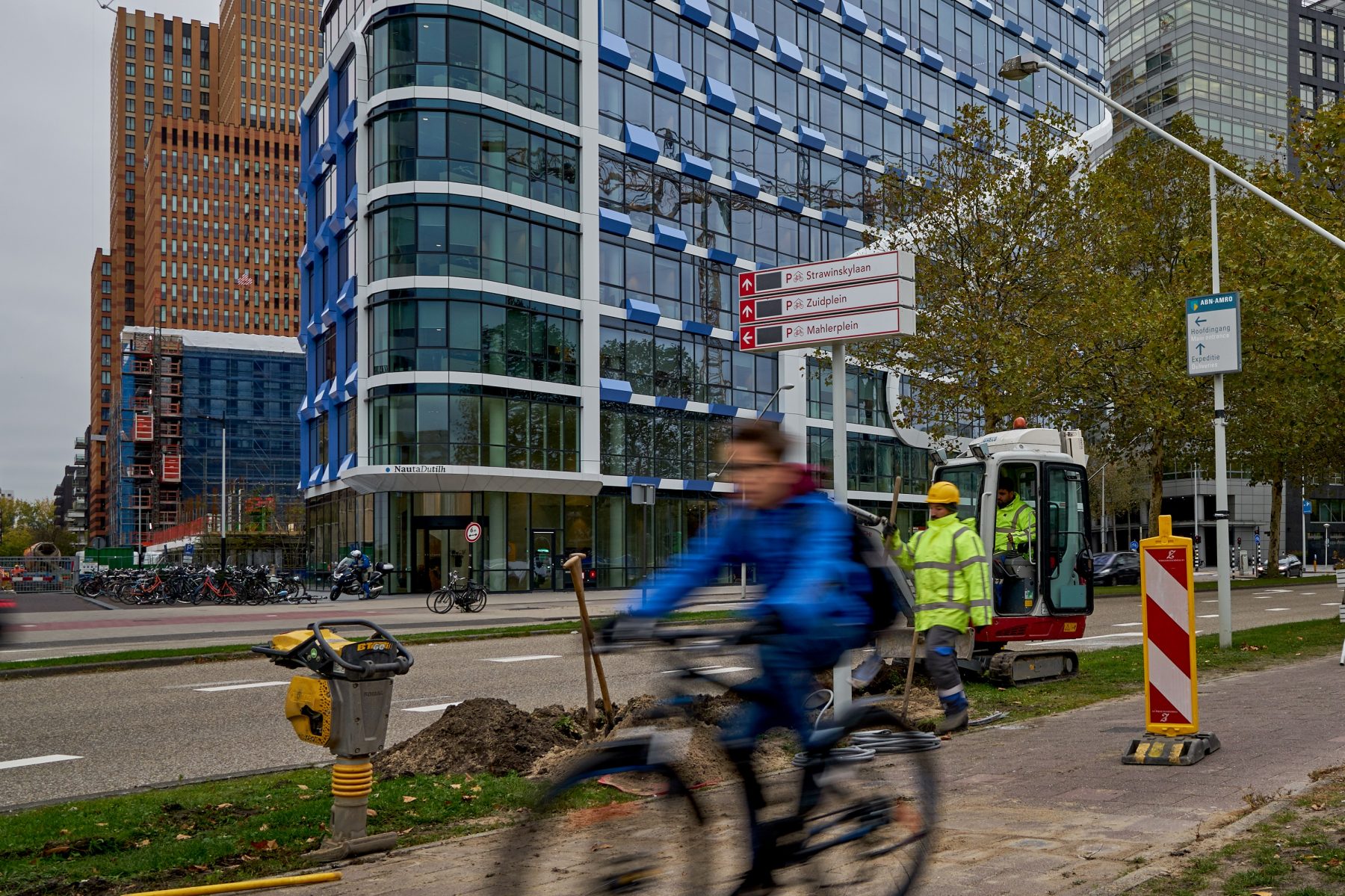 No other district in Amsterdam has a parking guidance system for cyclists. We will test the system for approximately one week before the signs go live, at which point cyclists going to Zuidas or Amsterdam Zuid Station will be able to see how many parking spaces are available in each of the three bike parks near the station (under Mahlerplein, Zuidplein and under the former Vijfhoek (Strawinskylaan bike park) near Prinses Irenestraat). The available capacity will be measured either using cameras over the bike racks or detectors in the racks (depending on the bike park). Any images captured by the cameras will not be stored.

Car use among Amsterdammers is now 30% lower than in the 1990s, despite the city’s population growth. The number of bikes is now almost as high as the number of people and as positive as this is, we need to make sure there’s somewhere to put them all! Not so long ago, the number of cyclists was so high that large queues would form in the early morning to park in the Zuidplein bike park. In response, the number of bicycle parking spaces was substantially increased in May 2018 with the opening of the Strawinskylaan bike park: the third and largest underground bike park near Amsterdam Zuid Station (3,750 spaces, compared to 3,000 in the bike park under Mahlerplein and 2,500 in the bike park under Zuidplein.) Despite these developments, the use of the bike parks near Amsterdam Zuid Station is very unevenly distributed and many cyclists are still parking their bikes above ground, often causing obstructions, inconvenience and in some cases even creating a safety risk.

In addition to the broadening of the A10 Zuid motorway and its relocation to an underground tunnel, the Zuidasdok Project also involves a complete redevelopment of Amsterdam Zuid Station. Upon completion of the revamped station, the on-site bicycle parking capacity will be further increased to 5,500.

Where will the signs be installed?

The dynamic signs will be located on Parnassusweg (near the Fred. Roeskestraat), on Beethovenstraat (near Prinses Irenestraat, Mahlerlaan and the Van Stibbe office) and adjacent to the Strawinskylaan bike park. Following their installation in Zuidas, more dynamic signposting will be installed in other districts, including the De Pijp district and the area around Amsterdam Amstel Station. This system will be further expanded in the years to come.

The cyclist guidance system will be installed on Beethovenstraat, near Mahlerlaan.
Marcel Steinbach 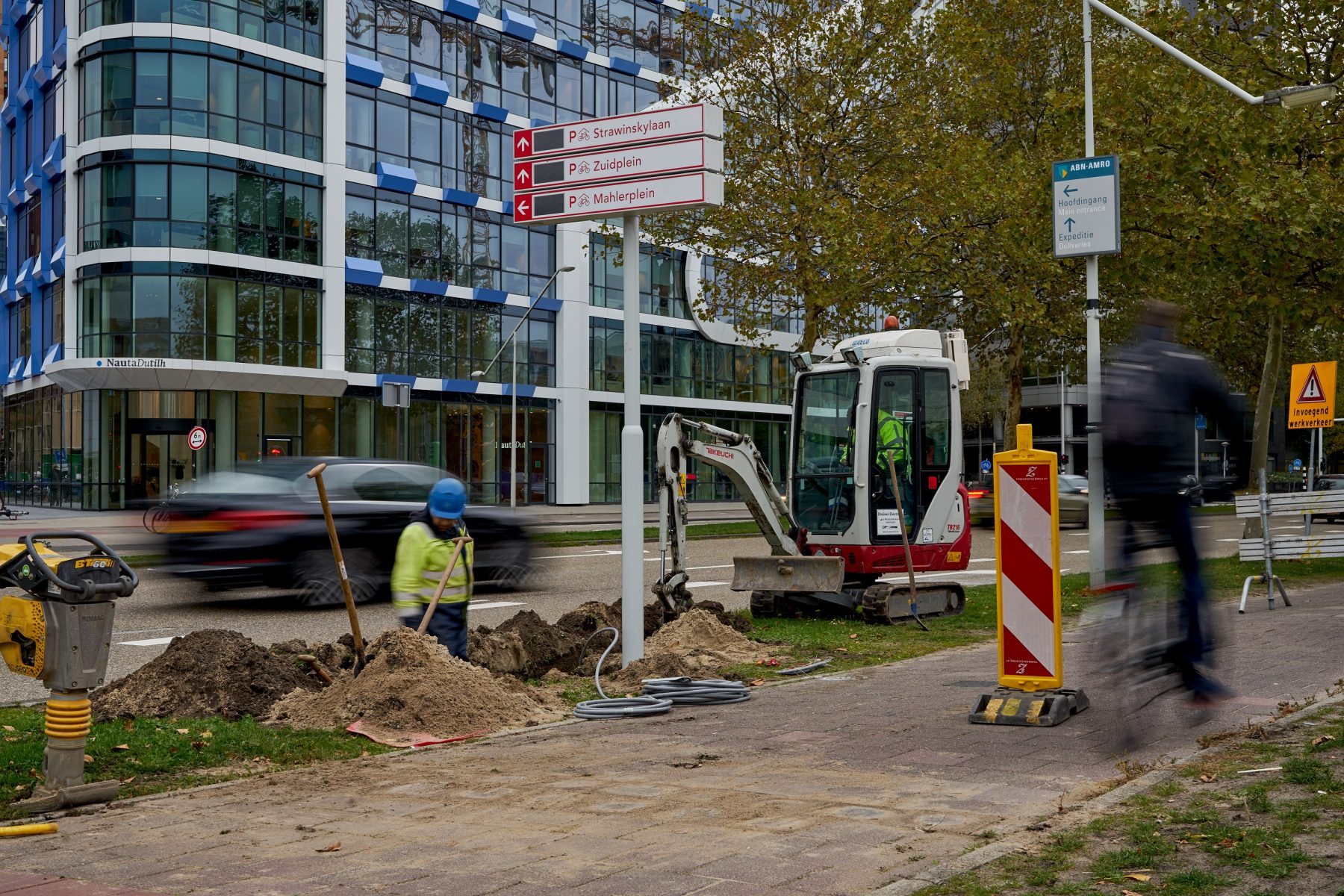 After an 11-day closure, motorists were once more driving on a fresh layer of asphalt across the A10 Zuid on the morning of Wednesday, 3 August 2022. There is no longer any sign that these major works even happened. A complex job has been completed with pride.
reizen-en
August 2, 2022