The tendering process for the reconstruction of the De Nieuwe Meer interchange, including the bridges over the river Schinkel, has been officially launched. The project is part of the Zuidasdok project and aims to improve traffic flow on the A10 Zuid. 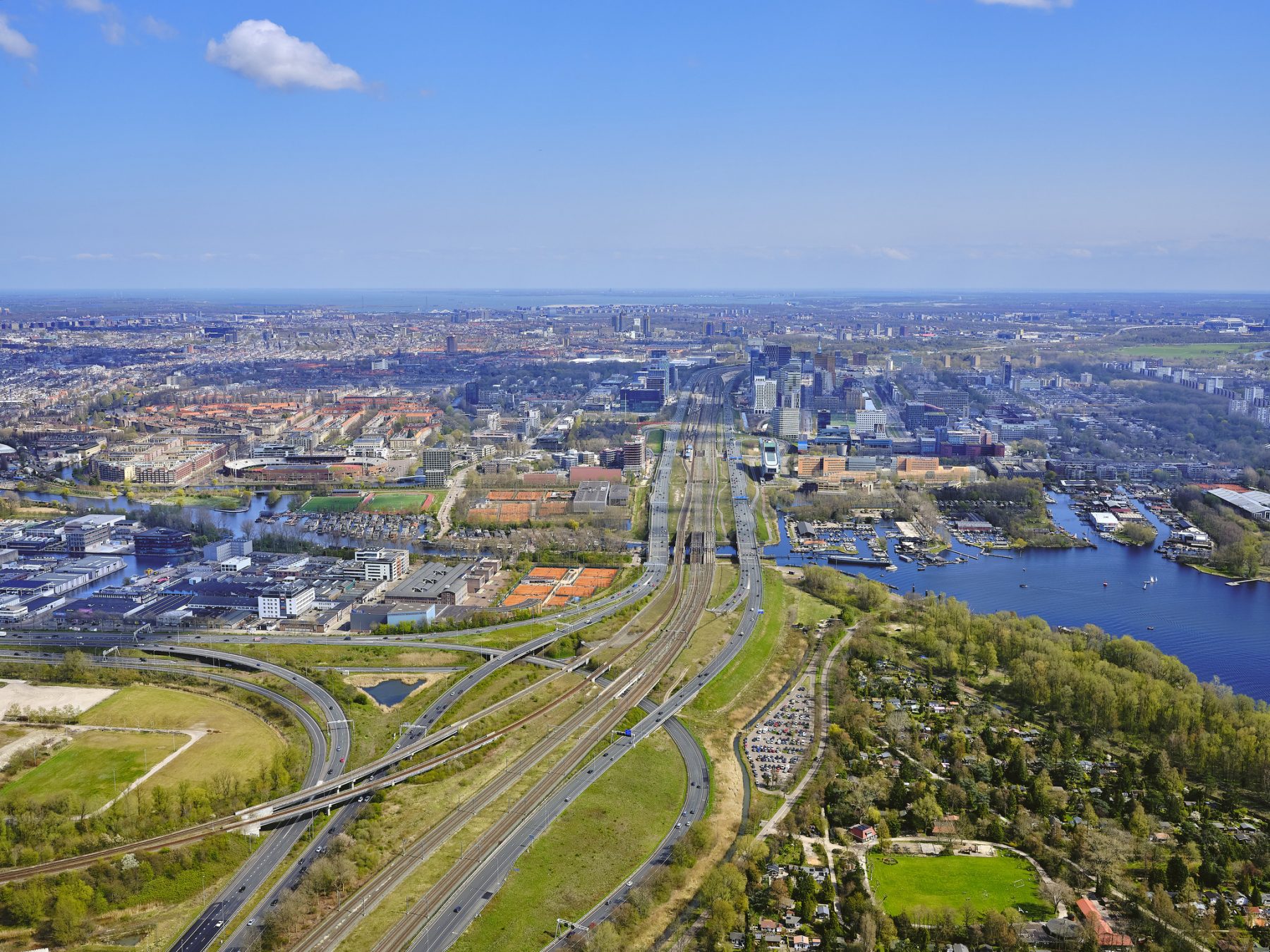 The announcement has been posted on TenderNed. The De Nieuwe Meer interchange, which connects the A10 Zuid motorway with the A10 West and A4, currently suffers a lot of ‘weaving traffic’. All of these vehicles weaving in and out in order to change lanes is not conducive to safety and means that the roads are particularly prone to traffic jams. This is why work is set to be done on this interchange in the coming years. In order to improve traffic flow, we are separating through traffic from local traffic. For through traffic, there will be four lanes and there will be two lanes for local traffic (accessing and exiting the S108). This road widening and separation will involve a lot of work. It will include the construction of new railway links, work on 14 viaducts and we will be building several new movable bridges across the Schinkel. 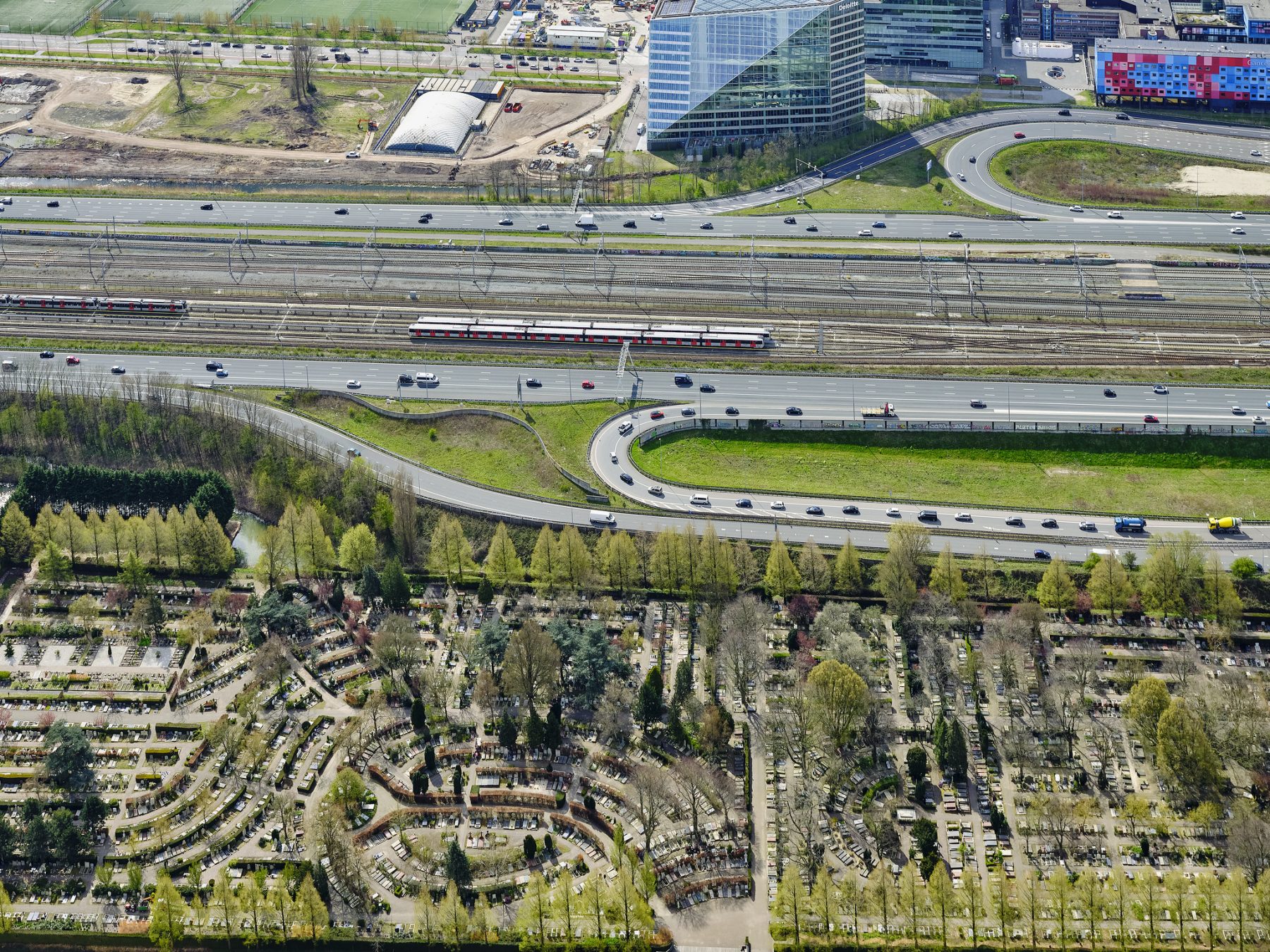 Bridges over the Schinkel

The location where the A10 Zuid passes over the Schinkel is an important part of the work being put to tender. There are currently two service towers there, together with five bridges for trains, metro and road traffic. In order to widen the motorway and divide it into lanes for through traffic and local traffic, two bridges will be added, another one replaced and one will be refurbished. The service towers will need to be removed to make way for the new bridges and all the technical systems will be adapted for remote operation.

The complex of bridges over the river Schinkel
Siebe Swart 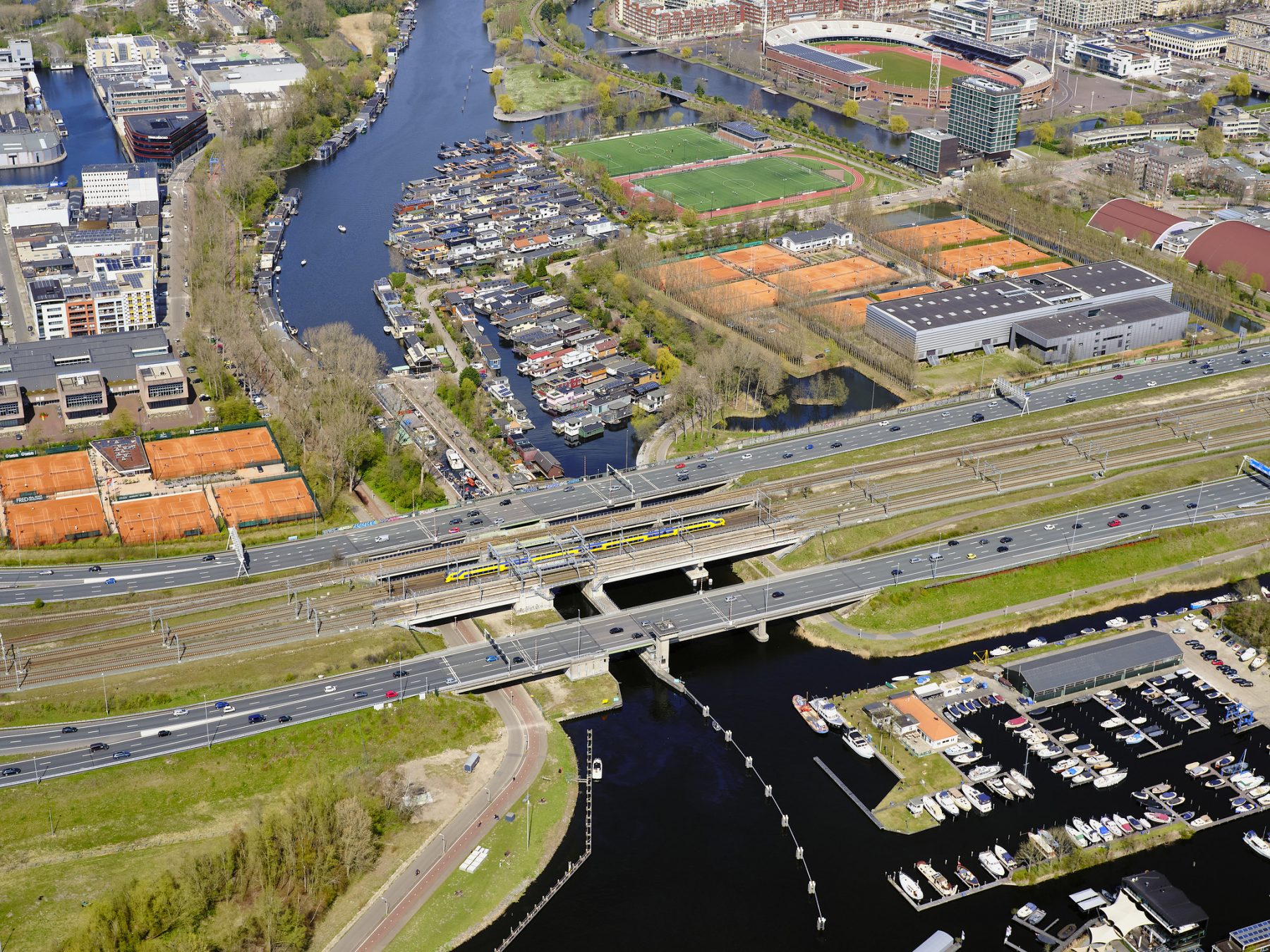 In order to make the extensive and complicated Zuidasdok more manageable, the decision was made to divide the work into separate projects in 2020. This means that it will no longer be a single contracting consortium completing the entire project, but various contractors working on parts of Zuidasdok instead. These include the renovation and extension of Amsterdam Zuid station, the northerly tunnel, the southerly car tunnel and – in this case – the reconstruction of the De Nieuwe Meer interchange. In order to effectively work out the details for the latter project, time has been set aside in the tendering process for a dialogue phase involving interested contractors. The tender is expected to be awarded at the end of 2022/start of 2023. The reconstruction of the De Nieuwe Meer interchange will take around seven years.

The new Amsterdam Zuid station will have platform roofs that are 6 metres tall. So how do you expect to maintain them? This is not the only maintenance challenge that required a solution in the design of the new station. ‘It involves a lot of thinking and solving of puzzles.’
reizen-en
September 23, 2021

Three roof sections are now in place under the tracks for the new pedestrian passageway at Amsterdam Zuid station. The construction sites look neat and tidy, but appearances can be deceptive. By popular request, here is a preview of the next phases of the work.
reizen-en
September 21, 2021

Amsterdam Zuid station is set to have new metro platforms, between the existing passageway and the new passageway currently under construction. We will need to make space for them. So, how will this be done and how will it affect passengers and local residents?
More posts