Tram 25 set to stay in Strawinskylaan for now

For the time being, Tram 25 will continue to have its start and end stops in Strawinskylaan. Despite the original plan, the temporary tram terminus in Eduard van Beinumstraat will not be happening. Later this year, the platform will be widened and the crossing on Strawinskylaan improved. 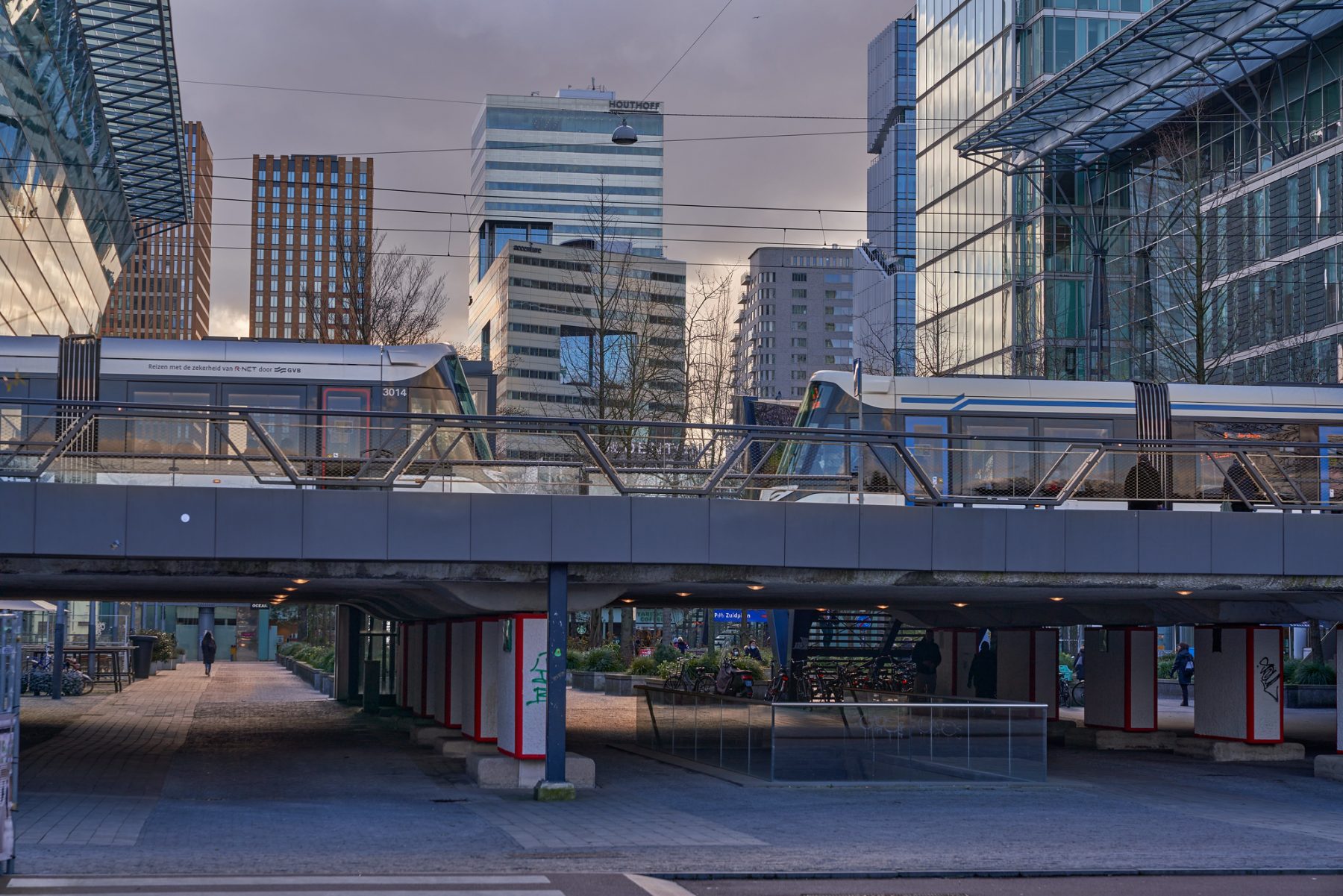 Amsterdam regional transport (Vervoerregio Amsterdam) is investigating whether it is financially viable to reposition the temporary terminus at a new start and end stop in Parnassusweg as soon as Amsterdam Zuid station has been extended with an additional passageway (by 2027 at the latest). The Vervoerregio expects to reach a decision in around the summer of 2022.

In 2022, Tram 25 (Zuid station – Westwijk) was supposed to be given a start and end stop in Eduard van Beinumstraat. The plan was for the tram to use this for around five years until such time as Zuidasdok needs the location in order to redirect the A10 underground. At that point, the start and end stop for line 25 was supposed to move to Strawinskylaan before being relocated again several years later in the definitive tram station on the roof of the southern A10 tunnel. This therefore involved multiple movements for the various stops. Moreover, the total investment required for the new construction and later removal of the stop in Eduard van Beinumstraat turned out to be too much for this relatively short five-year period. Further investigations in recent months have shown that a cheaper option is possible in Parnassusweg, where line 25 will also be given facilities for turning.

In the case of the option that has now been chosen, the Vervoerregio now plans to make a series of changes (in the course of this year) to the Strawinskylaan stop in order to improve capacity and safety. This will involve wider platforms, better crossings and other minor adaptations aimed at improving the comfort and safety of the route taken by passengers changing transport and heading towards the current entrance to Zuid station.

This decision relates to the transitional period until the tram station (with the definitive start and end stop) for line 25 becomes available in Arnold Schönberglaan on the roof of the future southern tunnel of the A10. This is expected to happen by 2031 at the latest.

A green public transport hub at the heart of the city

A leafy green area where public transport and the urban environment blend into one. That’s the idea behind the design of the new station – or more accurately public transport hub – Amsterdam Zuid. What will it be like for travellers?
May 17, 2022

Zuidasdok report on the second half of 2021

Zuidasdok has updated Amsterdam City Council and the Dutch House of Representatives on progress made in the second half of 2021. The renovation of Amsterdam Zuid was given the go-ahead and the tender procedure for tackling the De Nieuwe Meer interchange was initiated.
May 9, 2022

Between 22 July and 3 August, the A4 and A10 Zuid will be closed in the direction of Utrecht. The trains will run a revised service. What does this mean for you? Ask&GO can provide you with personal travel advice, e.g., via Whatsapp.
More posts