Beethovenstraat closed because of works

From Friday 26 August, 2022 until 05.30 on 29 August, there will be traffic disruption and potential noise nuisance in Beethovenstraat, next to Valley. We are carrying out works in preparation for the new Ravel residential district. 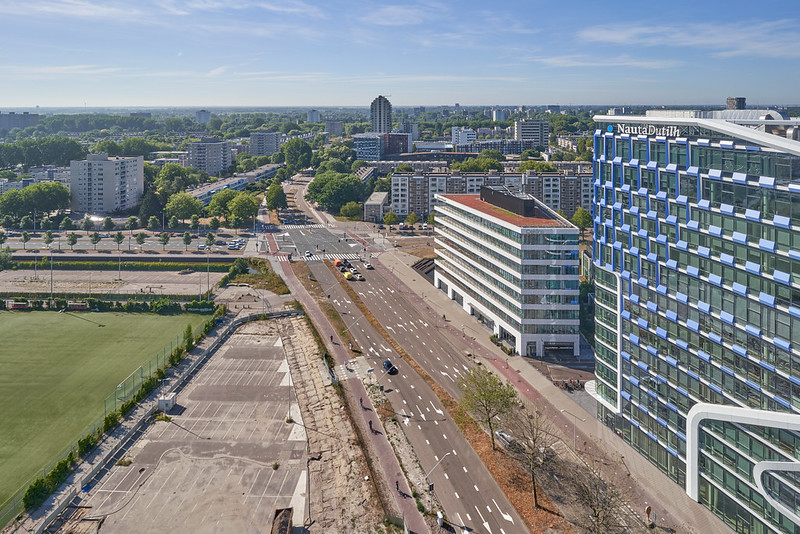 Starting in 2024, to the south of the AFC football club, the new Ravel residential district will be developed, boasting 1,350 homes and a school. It will be located between Beethovenstraat, De Boelelaan and Antonio Vivaldistraat. We are preparing this undeveloped site for construction. From 22.00 on Friday, 26 August until 05.30 on Monday 29 August, we will be placing new cable ducting into the ground. This will be where the electricity cables go that supply the energy needed in Ravel. Since work will also continue at night during this weekend, you may experience some nuisance from noise or light. Of course, we will try to do any work that produces excessive noise during the day as far as possible. There will be some diversions because of this work.

Beethovenstraat closed in a northerly direction

From 22.00 on Friday, 26 August until 05.30 on Monday 29 August, the eastern lane of Beethovenstraat will be closed to motorised vehicles in a northerly direction between De Boelelaan and Gustav Mahlerlaan. Cars and buses will be diverted via De Boelelaan, Parnassusweg and Strawinskylaan. Cyclist travelling in a northerly direction can use the cycle path on the other side throughout the weekend.

Beethovenstraat in a southerly direction

After that, the western lane of Beethovenstraat will be closed for traffic heading south from 05.30 on Saturday, 27 August until 05.30 on Monday. Vehicles will be diverted via Strawinskylaan and Parnassusweg to De Boelelaan. Cyclists travelling south can use the pavement that will be fenced off from pedestrians.

See the map for more details 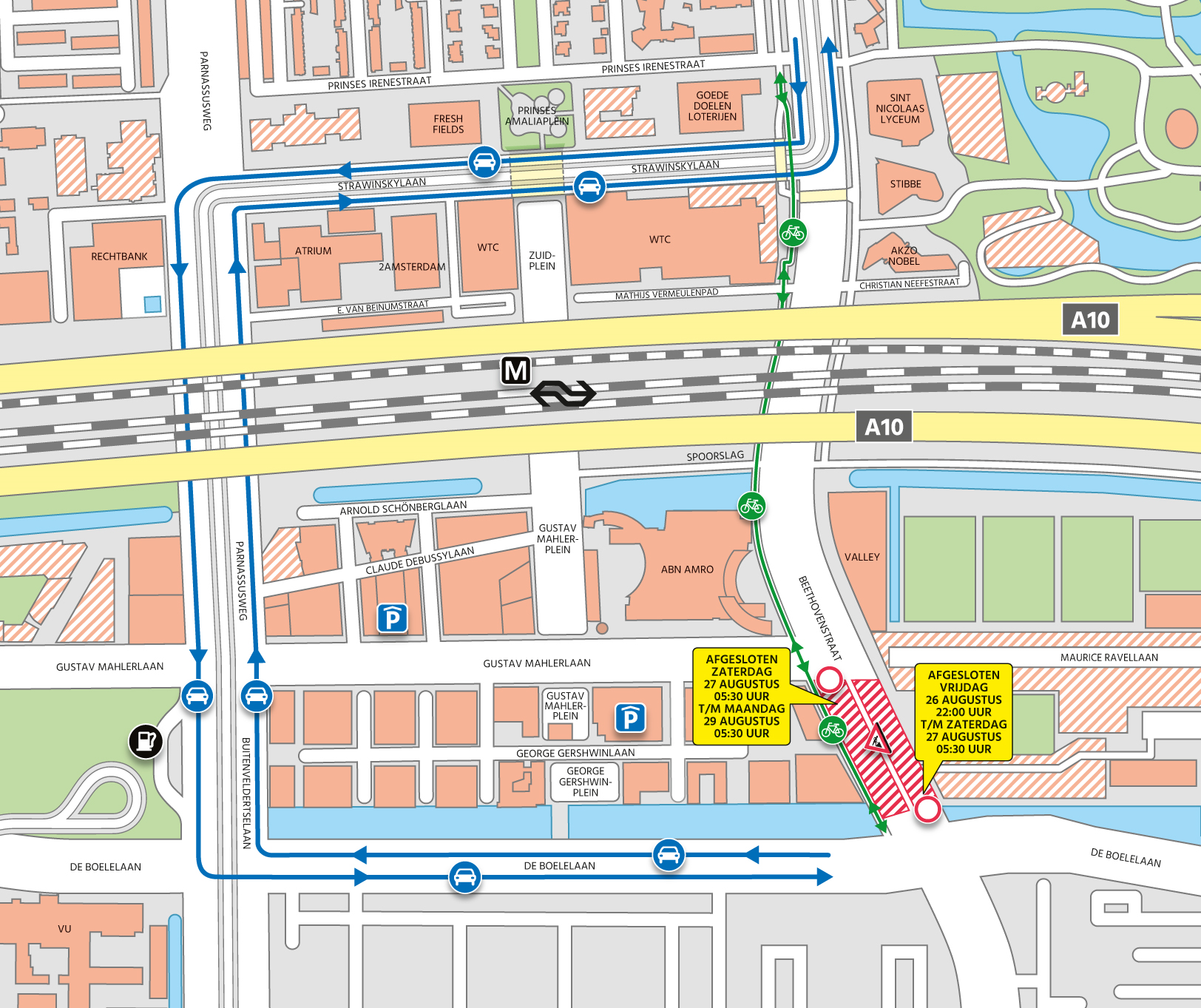 Works in the autumn

In September and October, we will continue work installing cable ducting in Beethovenstraat. We will provide you with further information soon.

From Friday, 2 September until Friday, 21 October 2022, there will be further traffic disruption and potentially also noise nuisance in Beethovenstraat, between Gustav Mahlerlaan and De Boelelaan. This is because of works in preparation for the new Ravel residential district.
August 5, 2022

From Sunday 7 until Sunday 28 August, we are carrying out works at Amstelveenseweg station. This will involve replacing the tramlines and renovating the metro stop, making it safer and more comfortable. It is expected to cause some disruption.
reizen-en
August 3, 2022

After an 11-day closure, motorists were once more driving on a fresh layer of asphalt across the A10 Zuid on the morning of Wednesday, 3 August 2022. There is no longer any sign that these major works even happened. A complex job has been completed with pride.
More posts