A10 Zuid closed in the direction of Utrecht for five weekends, with no trains running

During five weekends in May and June 2019, Zuidasdok will be carrying out works on the A10 Zuid and the railway at Amsterdam Zuid and RAI stations. If you plan to drive or make use of public transport during these weekends, you will need to be prepared for longer travel times, road closures and diversions. 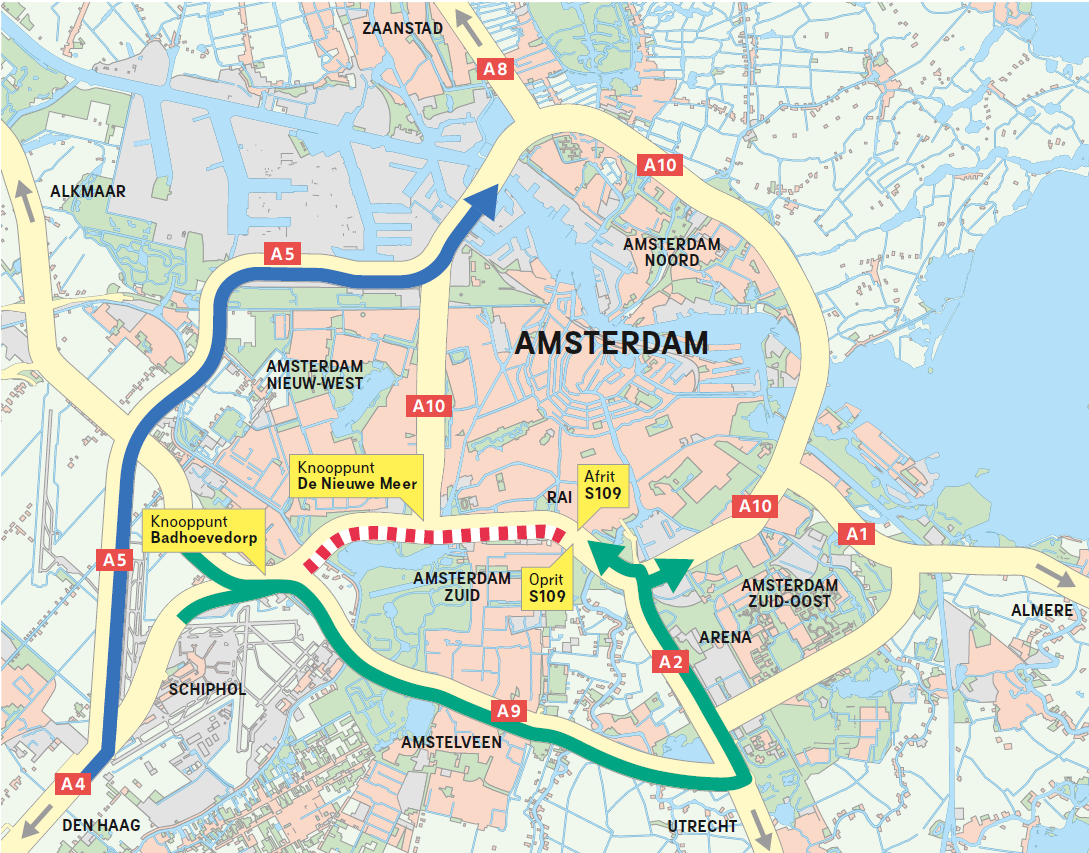 The works on the A10 Zuid and the railway will take place during the following weekends:

Road users should expect increased traffic and extra travel time of up to 1 hour. Rijkswaterstaat (Directorate-General for Public Works and Water Management) advises road users to prepare their journeys, for example via www.vananaarbeter.nl.

It will not be possible to travel by train from, to or via Amsterdam Zuid and Amsterdam RAI railway stations Passengers will be diverted via Amsterdam Central Station. In the first four weekends, train services will resume as normal on Mondays. During the fifth weekend, there will be only limited trains running on Whit Monday, 10 June. Passengers travelling to and from Amsterdam Zuid and Amsterdam RAI stations can make use of the metro. NS advises passengers to consult the NS travel planner before departure and to expect longer travel times.

Marcel Steinbach
During Whit weekend, we are putting the roof section for the Brittenpassage in place, diagonally across the A10 and the tracks 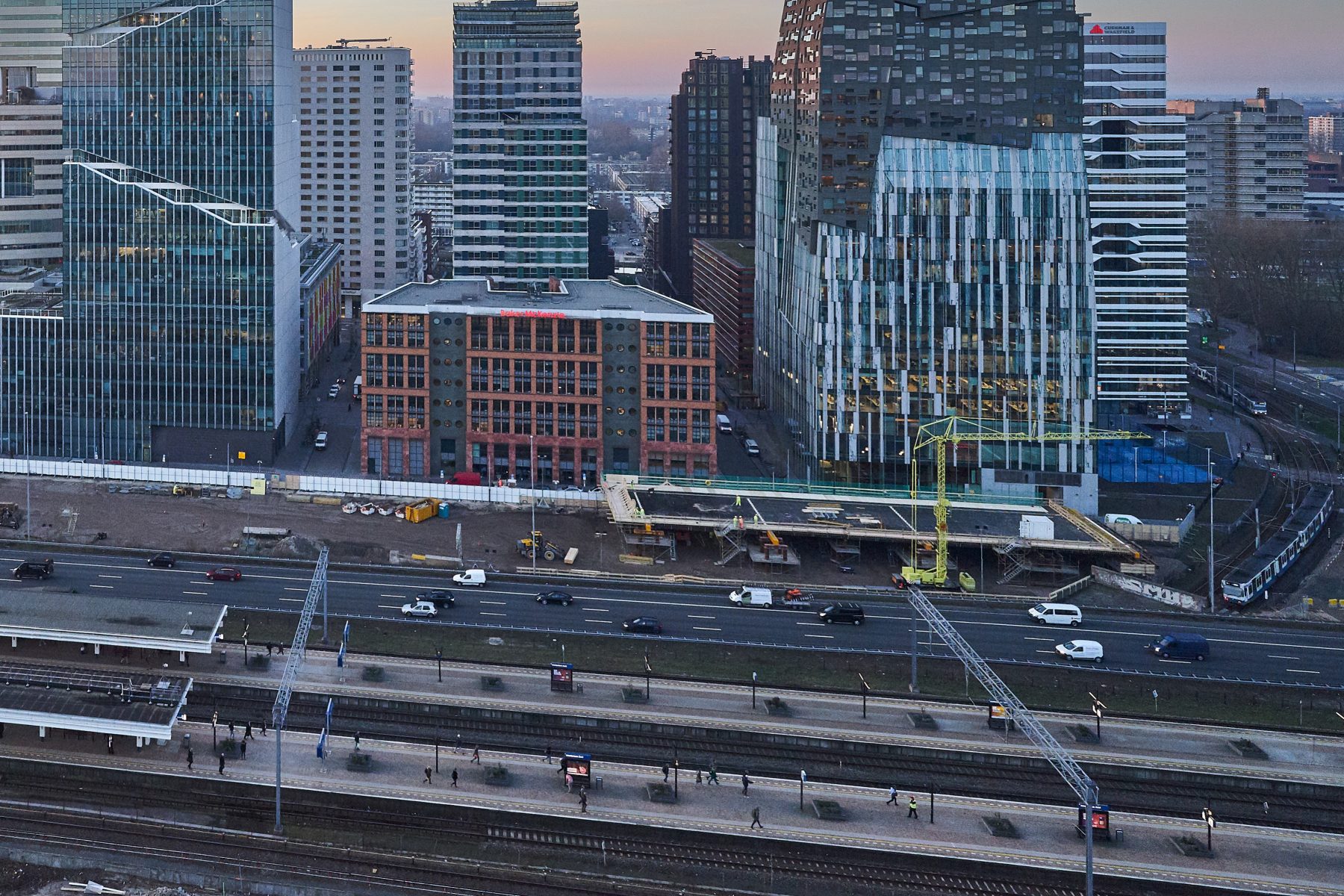 Work on the new station passage

These five weekends were agreed 18 months ago, in order to enable NS to include them in the timetable and take account of other projects and events. Work is required during these weekends to complete extension work on Amsterdam Zuid station as part of the Zuidasdok project. Since November 2018, we have been building a huge concrete platform measuring 70 m long, 15 m wide and 2 m thick. The trains will travel over this and it will also serve as the roof for the new passenger tunnel, the Brittenpassage. During the weekends in May and June, we will install foundation piles and put the roof in place, diagonally across the southern lane of the A10 Zuid and the railway tracks. By concentrating the work in five weekends, we will affect as few passengers as possible and prevent a longer period of inconvenience.

In addition to the five weekends in May and June, there are also several other weekends when fewer trains or metros will be running at Amsterdam Zuid and Amsterdam RAI stations. This will be on 15 and 16 June and 22 and 23 June. If you plan to use public transport during these weekends, consult a travel planner such as 9292.nl before you set out.

Work is also underway on motorways outside Amsterdam. Rijkswaterstaat is carrying out major maintenance works on the A2 and there are road closures on the A6 in the direction of Lelystad. On Saturday 18 and Sunday 19, tram number 5 will also be out of service between Amsterdam Zuid and Amstelveen Stadshart stations. Shuttle bus 45 will be running to connect Amsterdam Zuid station and Amstelveen bus station.