Closure of A10 southern carriageway will be a complex challenge 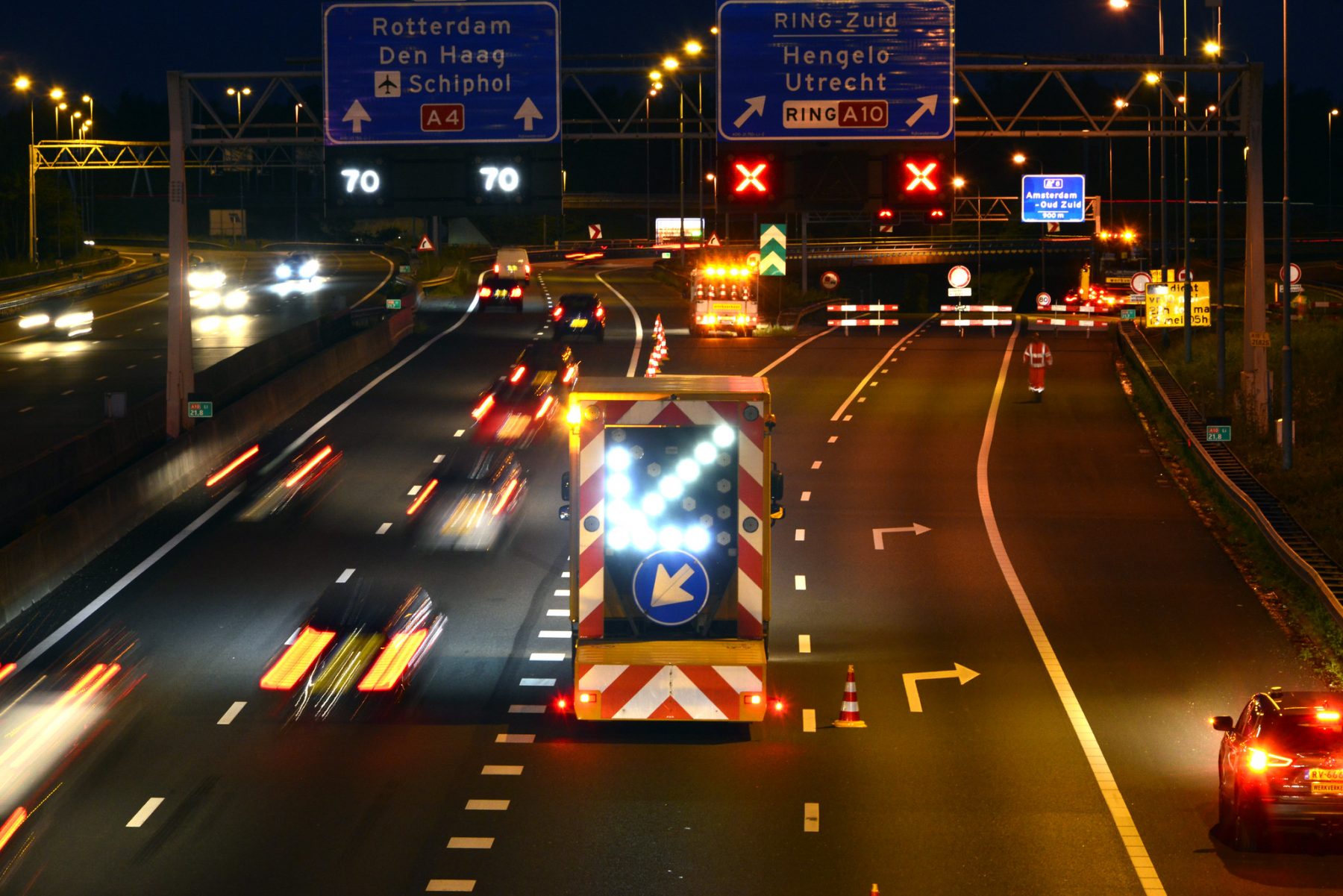 Niels van den Brink, traffic manager at Zuidasdok, is all too aware of the many preparations being made for the 11-day closure of the A4 and A10 southern carriageway from the Badhoevedorp junction, between 22 July and 3 August 2022. ‘You can’t just close such a major traffic route without any forward planning. The effect will be not just regional but also national.’

A9 will feel the strain

The capacity of alternative routes like the A5 and A9 is not enough to cope with all that extra traffic, so highway closures will only take place during ‘low-traffic’ periods like weekends, public holidays or during the holidays. The closure between 22 July and 3 August is necessary to enable work on the upgrade of Amsterdam Zuid station. That work therefore has to be scheduled to coincide with these low-traffic periods. But even though there will be fewer cars on the road, more needs to be done to keep the traffic flowing. Van den Brink: ‘The A9 will become our main traffic artery, so we have to do everything we can to stop it getting blocked up.’’

Between 22 July and 3 August, three recovery companies will be on standby to clear the highway immediately in the event of a breakdown or accident. Around 45 traffic controllers will regulate the flow of traffic day and night. Eleven additional cameras will be monitoring the traffic and eight mobile information vehicles will be used to point out alternative routes. There will also be eight traffic police officers patrolling on motorcycles, who will act as the eyes and ears on the road. Everything and everyone will be monitored in real time from a traffic control centre, the heart of the operation. ‘The trick is to work together and respond rapidly’, says Van den Brink. The police will obviously play an important role in this. Nick Huijsmans, operational specialist with the police, explains: ‘We will be there mainly due to our knowledge of traffic management and to support the traffic regulators. We know that major road closures like this can have an impact on public order and safety. A few drivers ignore the traffic regulators and sometimes they even get verbal abuse. We are ready to respond rapidly if things get out of hand.’

Despite all these steps, motorists will need to plan for longer journey times – even up to an hour or more longer. Working at home or elsewhere is therefore advisable. Anyone who has no choice but to drive can ask the Ask&Go service on WhatsApp about traffic on their planned route is.

Buses and emergency service vehicles will be able to use the A4 until the S108 exit. Some other road closures and major events have already been taken into account. For example, the Piet Hein tunnel and part of Buitenvelderstelaan will be closed for maintenance during the same period. Van den Brink: ‘We are also making agreements about the flow of traffic during major events. For example, in the last weekend of July, there will be a major football event at the ArenA – the Johan Cruijff Shield. We will try to notify as many visitors as possible in advance. On the day itself, we will keep a close eye on the roads: for example, we will try to make sure that motorists from Almere and Hilversum drive to the ArenA using the A10, instead of via the A2 and A9. That should help to relieve those roads.’

A10 tunnel under Luchtvaartstraat-Overschiestraat closed

From 27 May to 8 July 2022, the tunnel under Overschiestraat/Luchtvaartstraat (A10 West) will be closed to traffic. We will be laying cables and pipelines in it in preparation for the planned work to update the De Nieuwe Meer interchange.
May 9, 2022

Between 8 and 13 May 2022, we are working overnight on the viaduct underneath Beethovenstraat. We are installing a steel structure that will form the base for a metro platform. Between 22:00 and 06:00, we are closing the road to traffic in one direction as well as the pedestrian and cycle path.
More posts