7 days with no metro connection at Amsterdam Zuid station

Starting on Saturday 16 July, Europaplein will be the terminus and starting point for the North/South line (metro line 52) for seven days. Shuttle buses will run from there to Amsterdam Zuid station, where work on the metro platforms will be carried out until 23 July. 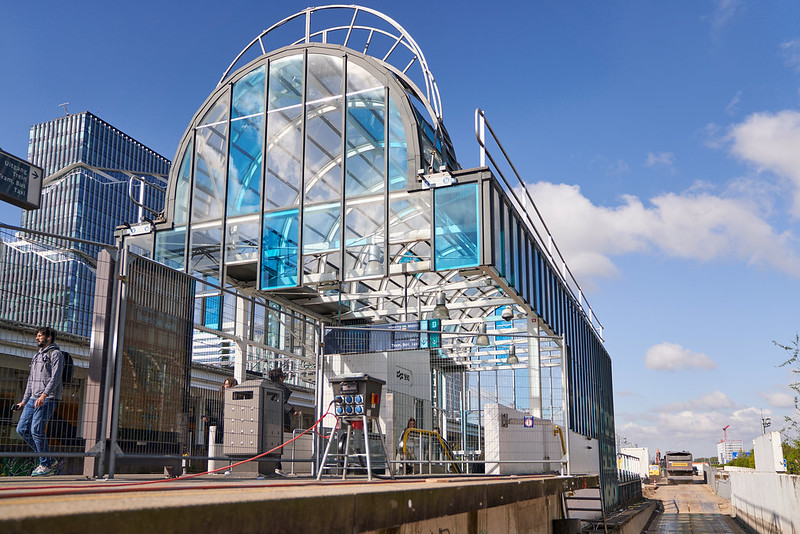 Preparations for raising the metro tracks and platforms of the North/South line began early. ‘We have been working on this since project the end of 2019’, says Barry Stoop, Signalling & Control project leader at GVB, who is responsible for the metro safety system above and next to the metro track. ‘Everything needs to come together in this one week. We have to get it all done.’

Work on the tracks and platforms cannot begin until Stoop and his team have removed all the safety systems above, alongside and in the track: ‘During the night of 15 to 16 July, we will remove all the train safety equipment from the metro signalling and control system.’ Then it will be the turn of the contractor, Heijmans. ‘They will remove the tracks and get to work on widening and raising the platform.’

Reinstalling and testing the safety systems

By Thursday 21 July, Heijmans will have finished work on the platforms, and Stoop and his team will be back in action. ‘We will replace all the equipment correctly, and in some places install new equipment. Then we will do tests, tests and more tests.’ They will start with the equipment and then the new software. This has already been done using simulators, but this time they will be testing ‘live’ on the track. ‘The software had to be changed because the metros will be stopping in a different place after the work is complete. The metro can’t run without these adjustments.’

The normal timetable should be resumed on Saturday 23 July, on the newly raised and relocated platforms. ‘On Friday afternoon at around 15.00, we will start test driving until Saturday morning. And then hopefully the metro will be able to start running again as normal’, says Stoop. It is difficult to give any guarantees: ‘We now know that in practice fresh incidents can occur with software changes. So it’s always tense to see how things will work out in practice.’ He finishes with some advice for travellers: ‘We would ask travellers to check the journey planners in advance and to leave extra time in case there are any delays.’

7 days with no metro connection at Amsterdam Zuid station 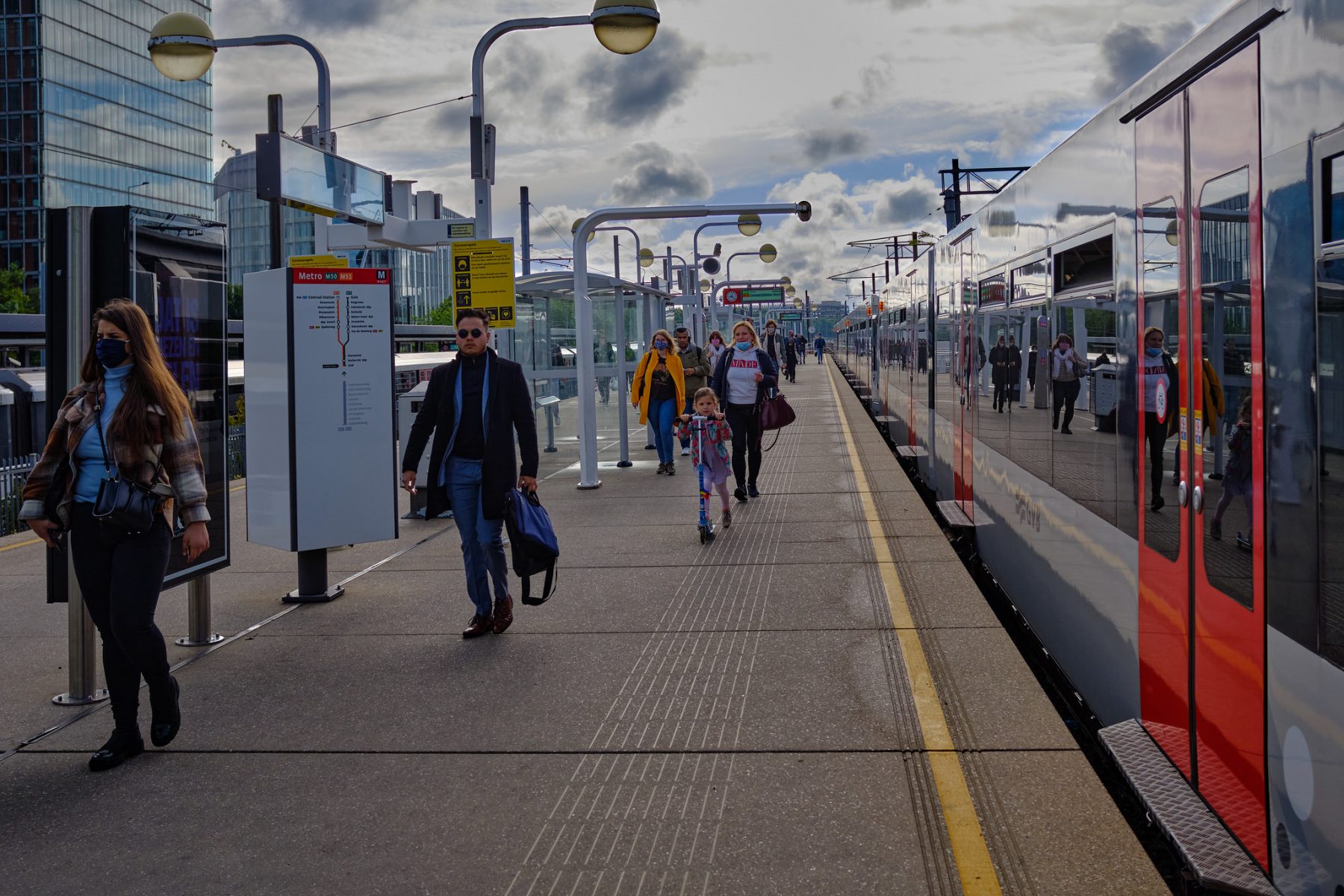 Line 52 will leave from and terminate at Europaplein
Jan Vonk 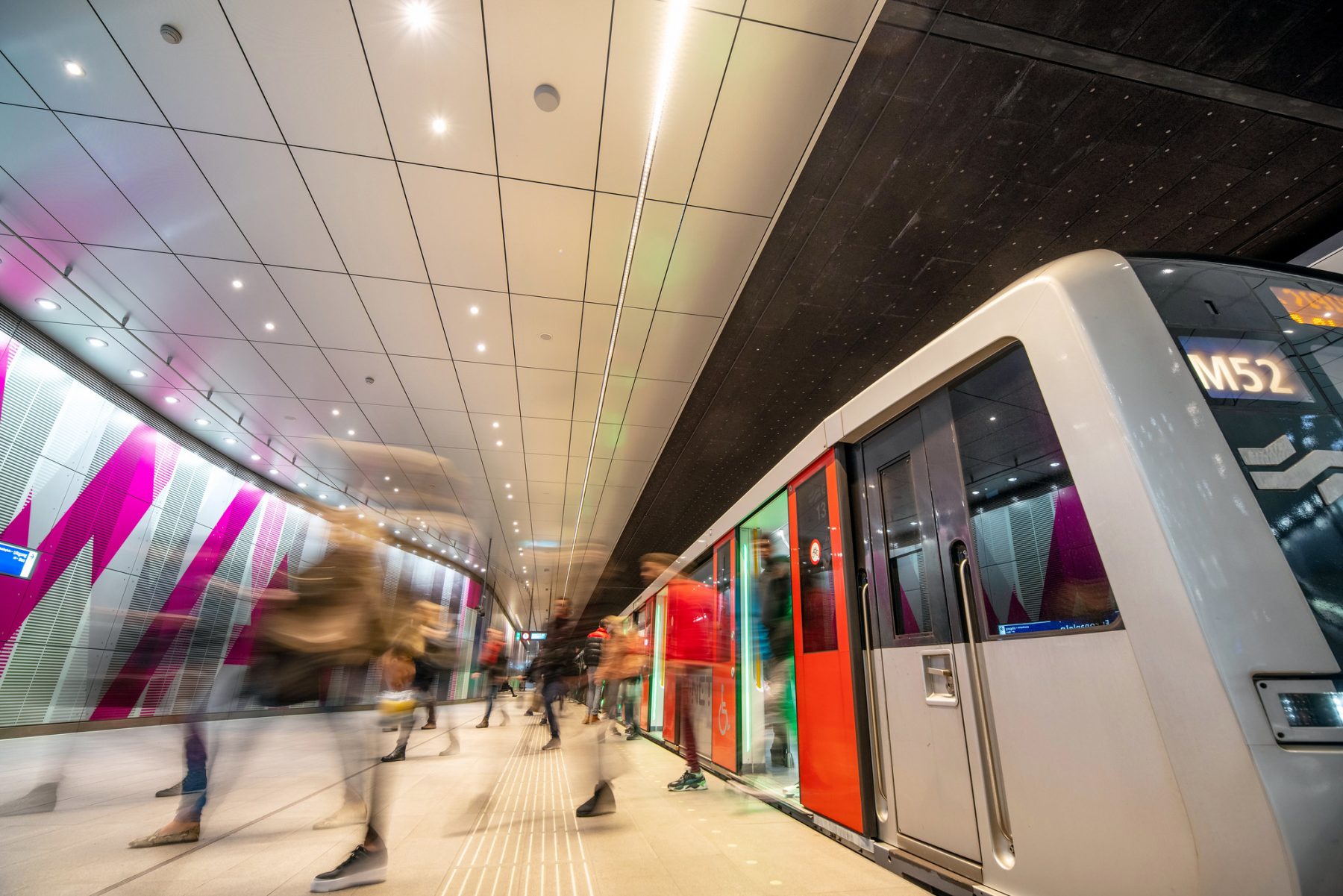