Work on the additional passenger tunnel for Amsterdam Zuid station, the Brittenpassage, is slowly continuing. In April and August 2021, we will be inserting the second and third roof sections into position. Work outdoors to prepare for this is already starting on 14 September 2020. 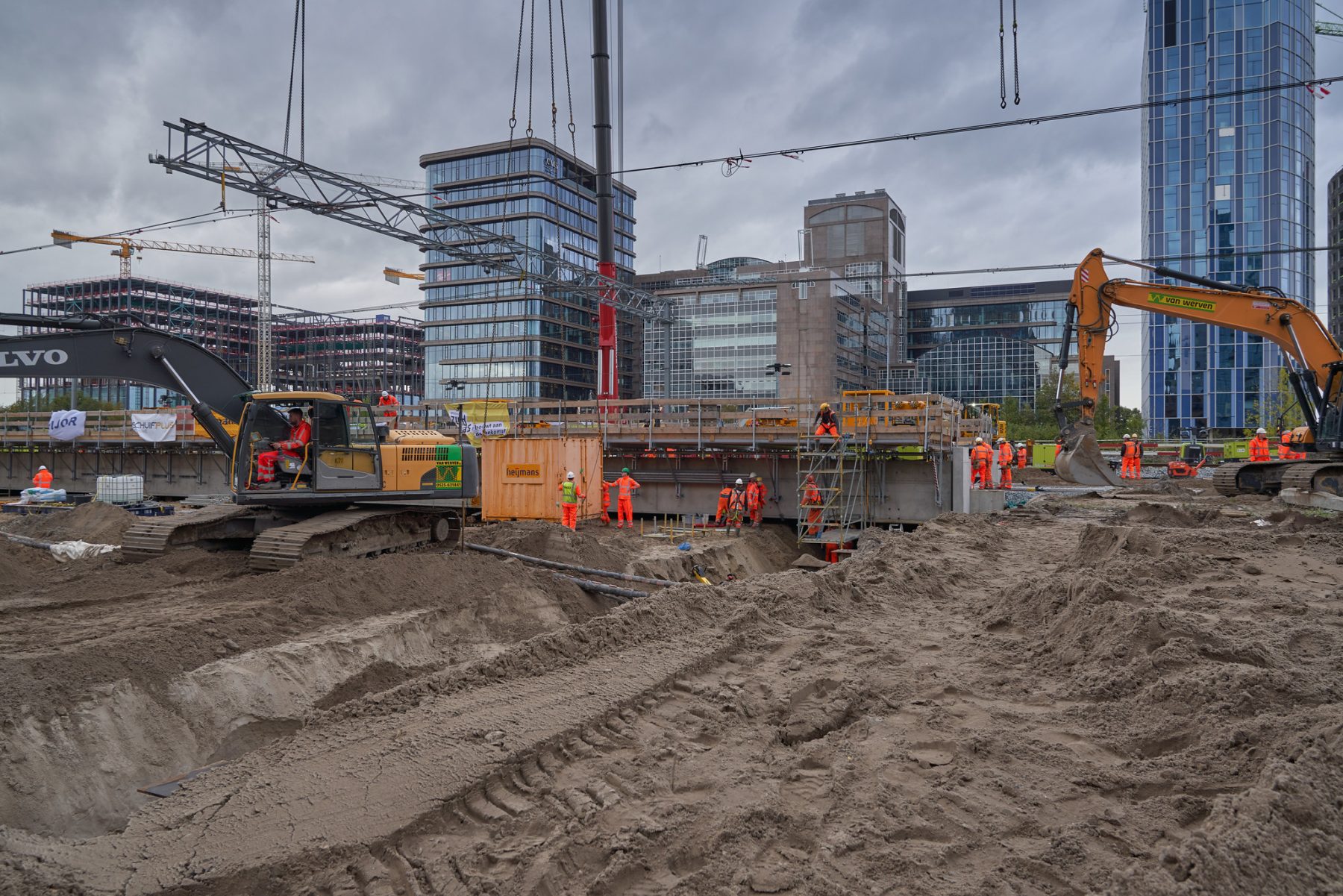 We will use the Easter weekend of 2021 (from 20.00 on 1 April until 05.00 on 6 April) to prepare the foundations for the two roof sections. There will be only limited railway and metro services during that weekend. After the last train, in the evening from Thursday into Friday, we will begin excavation work to reveal the foundation piles that were put into position last year. We will then put in place the abutments: foundation blocks, 12 m in length, that will support the new roof section. On the morning of Tuesday, 6 April, all metro and railway services will resume their normal timetable. We will use the period between 20 August (01.00) and 23 August (05.00) to put the roof sections into their position. We have opted for Easter and days in August because there are relatively few travellers at these times, and it fits in well with other work being done in the region and nationwide. 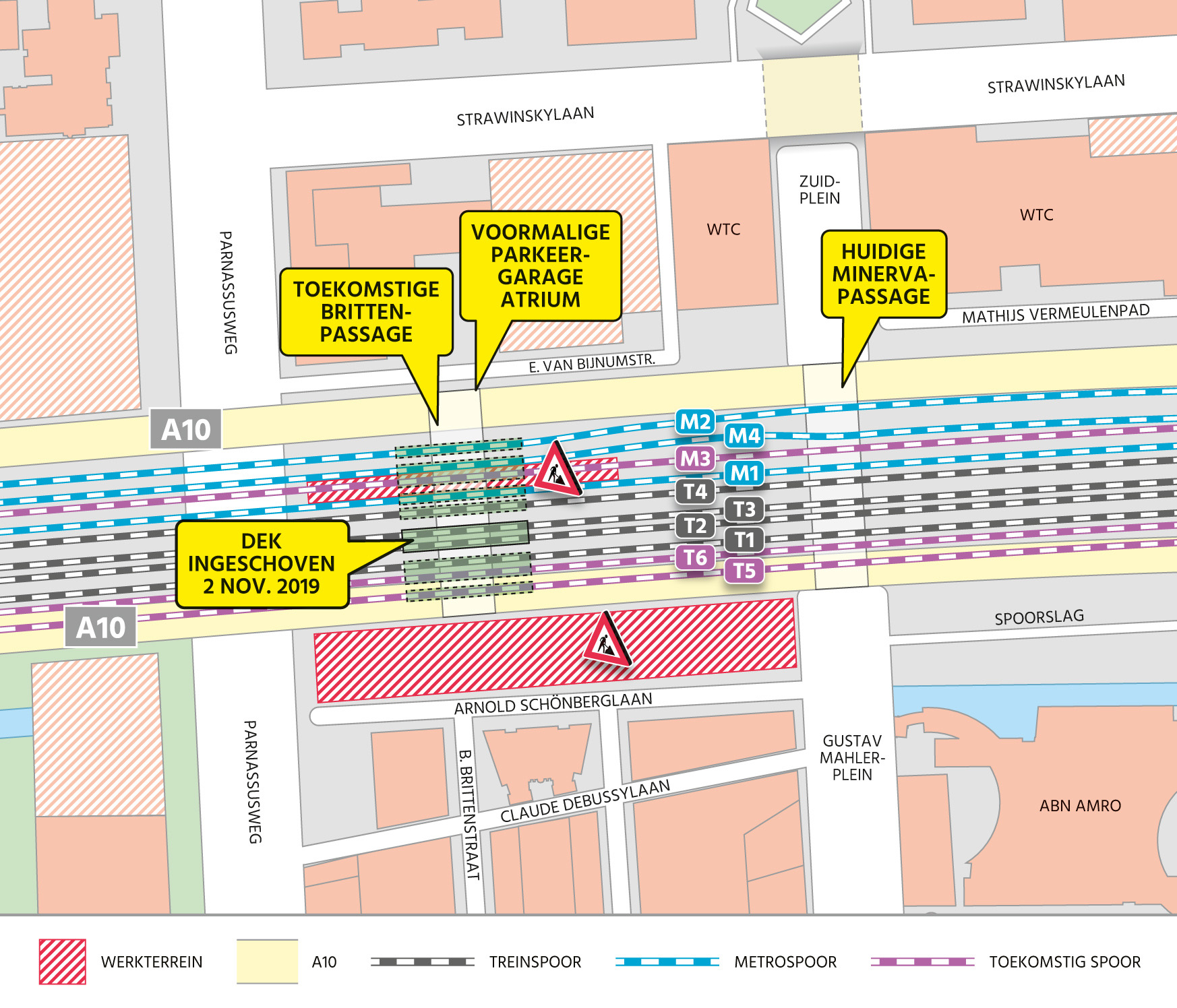 Sheet piling to be installed in September

Outdoor preparation work is already starting in September 2020. The roof sections are large and heavy, and we will therefore do the building work between the metro tracks, close to their final destination. From 14 September, we will be preparing the construction site over a period of 12 nights. Using two rows of sheet piling along metro tracks 1 and 4, we will ensure that the location is strong enough to enable preliminary building work on the two roof sections. The sheet piling will be put in place using a vibration-free method in order to prevent subsidence, any effect on the tracks and excessive noise. We will then widen the entrance to make it possible for the two roof sections to be constructed alongside each other in the months ahead. One roof section will be under railway track 4 and the other under metro track 1. Because, unlike the first section, these two roof sections are being built and inserted from a location between the tracks, traffic will still be able to use the A10 Zuid this time.

In the years ahead, the fast-growing Amsterdam Zuid station will have a second station passageway added, the Brittenpassage. In November 2019, we inserted the first roof section of the additional station passageway under railway tracks 2 and 3. This involved digging an 85 m hole in the A10 Zuid. This spectacular event was viewed by huge numbers of you, live and via the webcams. The roof of the new passageway requires several roof sections. There will be seven in total. These will need to be positioned under the four metro tracks, the four railway tracks and in the place where there may also be a fifth and sixth railway track in the future. When all of the roof sections are in position, we can begin excavation work for the Brittenpassage and the construction of a fully-fledged passenger tunnel, with shops and facilities similar to those in other recently updated stations.