The history of Zuidas

The origins of Zuidas are all about the city’s need for expansion and improved accessibility. In that sense, little has changed in the last 150 years of Amsterdam history.

It actually all started with the advent of the train. In 1839, the first railway line in the Netherlands was built, running from Amsterdam to Haarlem. This was followed four years later by a railway from Amsterdam to Utrecht. Each line had its own station and, twenty years later, the idea of connecting them was suggested. The first plan dating from 1867 put a ‘Central Station’ on the southern side of the city (south of Frederiksplein). Two years later, Amsterdam City Council eventually opted to site the Central Station on the banks of the River IJ, close to Damrak.

The Niftrik plan, never realised, with station on the south side of Amsterdam 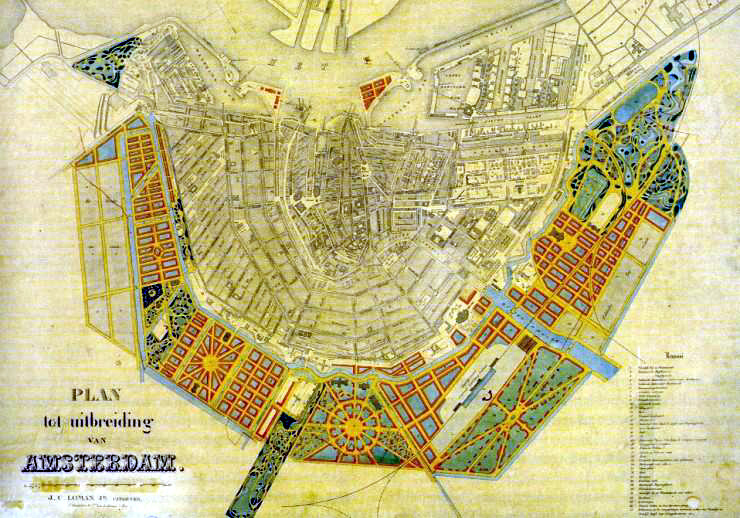 In early 1900, new plans emerged for a ‘Zuiderstation’, a station in the south. In 1914, architect Berlage presented his Plan Zuid (“South Plan”). It was based on three pillars: firstly, the existing Vondelpark and Museum Quarter, secondly, a connection to the east via a bridge (later known as Berlage bridge) and, thirdly, a southern station (Zuiderstation), extending the north-south axis (later Minervalaan). All of these elements were connected together by wide avenues. Construction work started on Plan Zuid in 1911, reaching as far as the Zuideramstel canal. 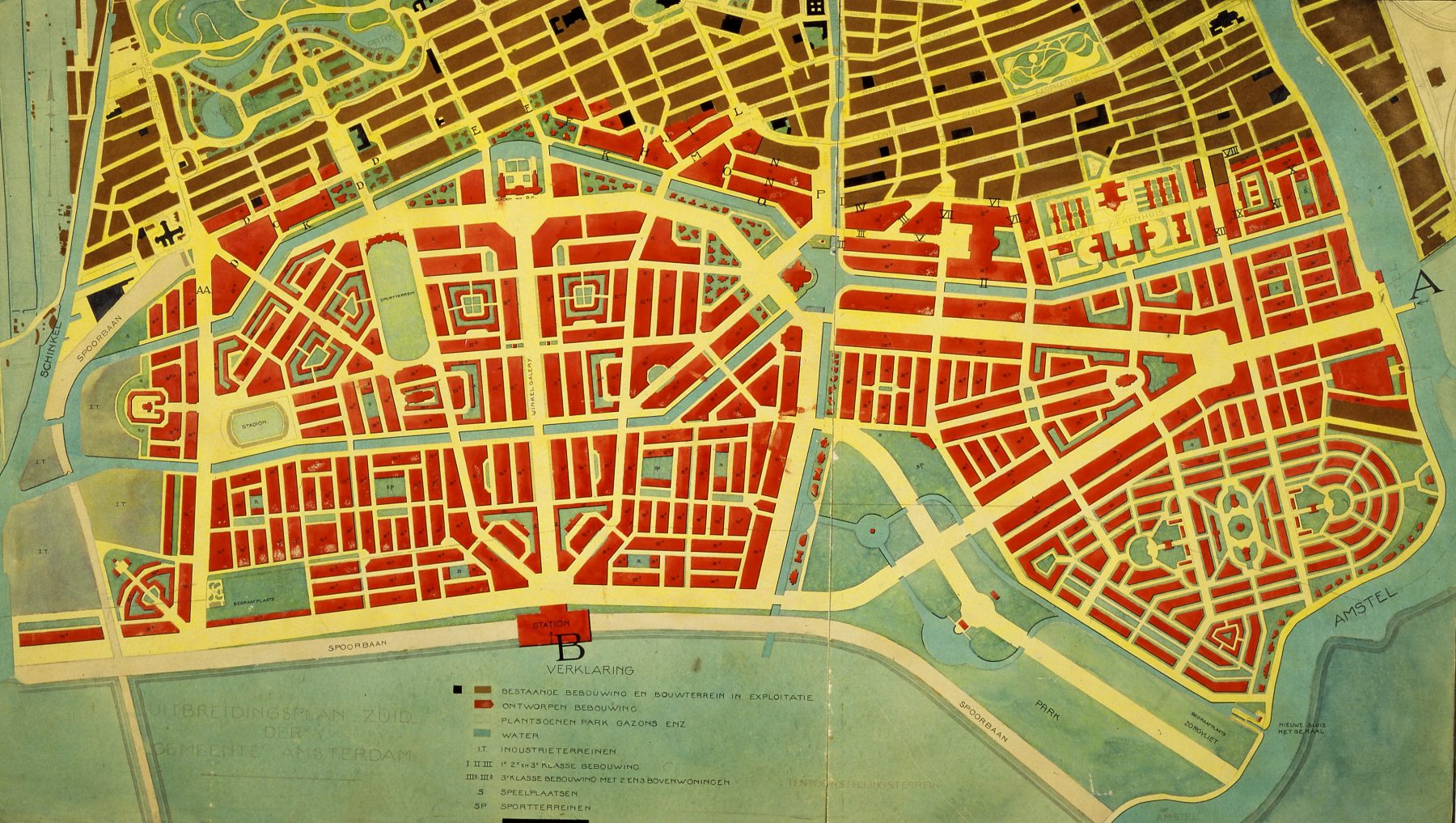 In 1921 construction work began on the Ringspoordijk to the east and south of Amsterdam. This railway embankment was intended to connect the tracks to Haarlem and Utrecht, but was never completed because of the 1930s crisis and World War II that followed it. Cornelis van Eesteren, who was head of urban development in the Amsterdam Public Works department, came up with the General Expansion Plan (Algemeen Uitbreidingsplan) for the city in 1934. This would form the basis for the city’s expansion up to 2000. Work started on it in 1951. The Prinses Irene district in Zuid was built between 1954 and 1958, followed by Buitenveldert between 1958 and 1966. 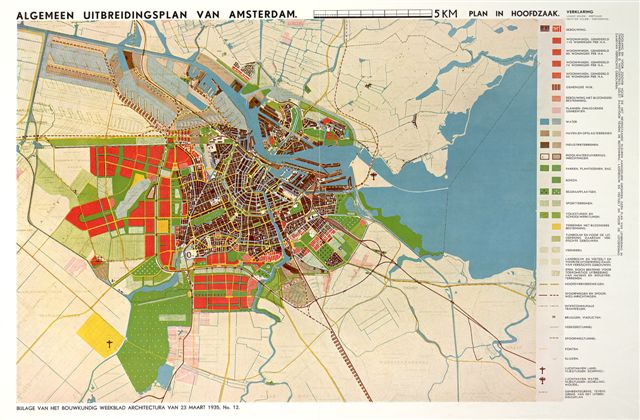 The Southern Promenade (Zuidelijke Wandelweg) ran between the Prinses Irene district and Buitenveldert forming the dividing line between two areas of reclaimed land with a height difference of 1.5 m. Bordered by poplars and willows, this path was a popular place for the people of Amsterdam to escape the city, over 40 years ago. There was good reason why it was known locally as Lovers’ Lane. During the construction of Buitenveldert, it was engulfed by sand. The first building to emerge in this area was the Academic Hospital on De Boelelaan in 1961, followed by the RAI Exhibition Centre’s Europa Hall in 1961. A small section of the Southern Promenade still remains to this day (south of the Mirandabad swimming pool in the Rivierenbuurt district). The other section of it was replaced by the A10 Zuid, which opened in 1981. 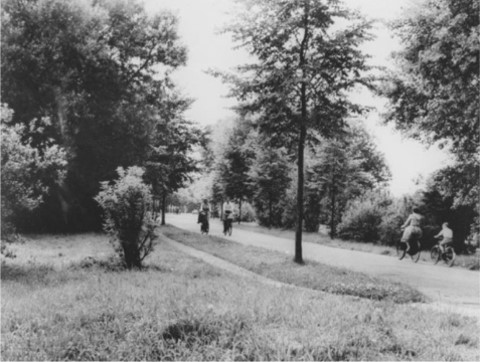 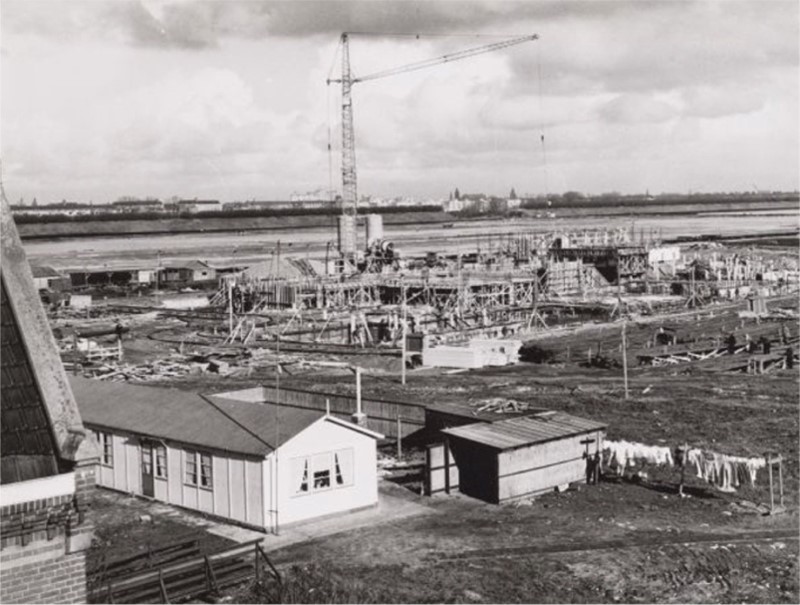 From the 1980s onwards, the City of Amsterdam started to consider the options for a prime location for business. The preference was for the southern banks of the River IJ. Starting in the early 1990s, studies were conducted to explore the possibility of accommodating a specific part of the offices market along the motorway between Schiphol and Amsterdam Zuid-Oost (South-East). The working title for this area was ‘Zuid-as’ or ‘Southern Axis’. The section between Schinkel and Amstel, now called ‘Zuidas’, was then still known as ‘the centre of the Zuid-as’. The NMB Bank opened its headquarters here in 1974, followed by the World Trade Center in 1985. 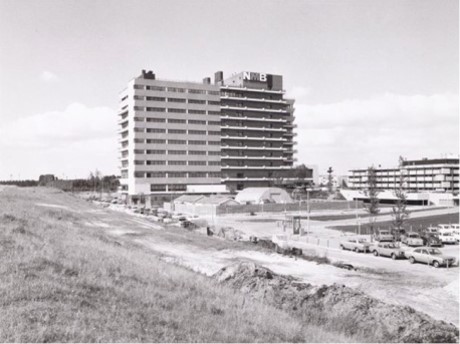 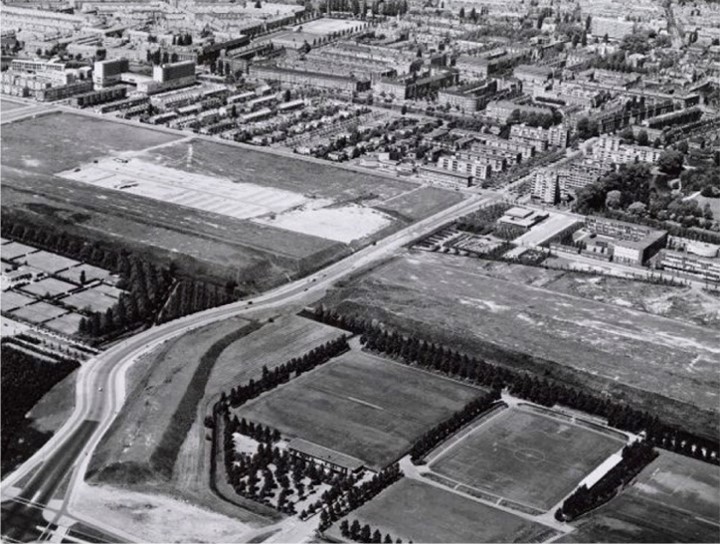 From 1994, Amsterdam had a change of strategy. It began to focus on making optimum use of both the specific qualities of the banks of the River IJ (mainly pointing towards the city centre) and Zuidas, the prime location for business. The coalition agreement for the period 1994-1998 describes a plan that was intended to form the basis for Zuidas’ development. This was because private parties had withdrawn from development of the banks of the IJ but still showed an interest in Zuidas as a location for development and to set up business. This was mainly due to the fact that Zuidas was much more accessible than the banks of the IJ. In the early 1990s, ABM Amro decided to move its headquarters from the city to Zuidas. Construction began on the prestigious headquarters in 1996 and work was completed in 1999. 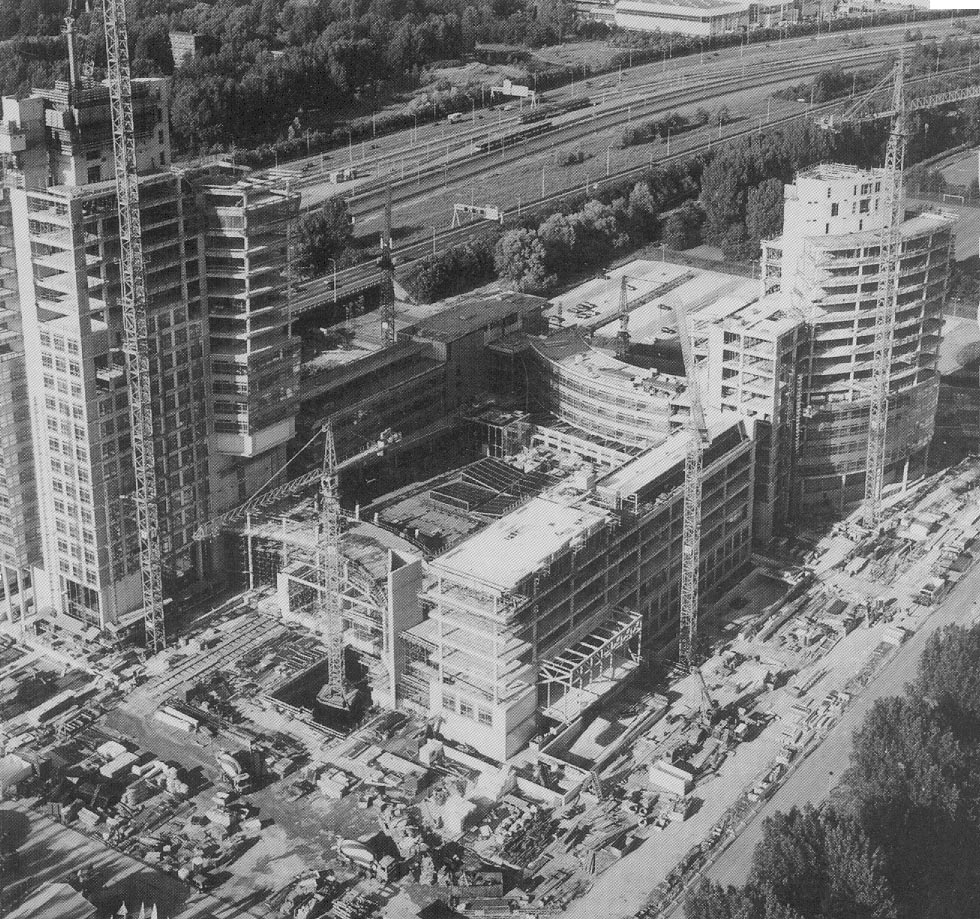 In early 1997, the City of Amsterdam and central government began negotiating about the importance and development of Zuidas. At the end of 1997, the government designated Zuidas as a ‘New Key Project’, underlining its importance as an international location. In 1998, the City Council approved the Zuidas Masterplan, which aimed to develop Zuidas over a 30 to 40 year period into an international prime location for living and working, with all the appropriate facilities. In 2000, the City Council approved its Zuidas Vision.

A central part of the 2000 vision was the so-called ‘dock model’, bringing both the A10 Zuid and Amsterdam Zuid station underground. This would make it possible for the large-scale construction of homes and offices on top. In 2002, the City and central government spoke out about their preference to develop Zuidas according to this dock model. After an assessment of the plans, they concluded in 2004 that it was financially viable. Central government was willing to contribute, providing that private institutions took a majority 60% stake in the business. The City and central government would each have a share of 20%. Elco Brinkman was then appointed to explore the ins and outs of setting up the new Zuidas company. His conclusion was that the dock model was feasible and private parties were willing to take a majority stake in the company. In early 2005, central government and the City appointed Jan Doets to spearhead the planning of the Zuidas company, with a brief to come up with a definitive implementation plan for the dock model, a sound business case and a prospectus for auctioning shares to private parties. The Zuidas company was founded in 2006.

But the situation was soon to see a disastrous turn. Because of the credit crisis, private parties began questioning the financial feasibility of the dock model from 2008. In response, the government appointed a representative at the end of 2008 charged with identifying a feasible solution for Zuidas. The crisis also triggered a fall in the value of land. In 2012, a new variation of the plan was chosen in which only the A10 goes underground and Zuid station is renovated above ground: the Zuidasdok.