From past to present

Zuidasdok is one of the largest infrastructural projects of the Netherlands. The project provides for better accessibility of the Amsterdam Zuidas district and the northern part of the Randstad conurbation, both by road and by public transport.

Zuidas is developing into the second centre of Amsterdam, a first-class location with a strong international nature where working, living and facilities are combined. Zuidas is characterised by good accessibility due to the proximity of Amsterdam Zuid station, several metro stations, the A10 South motorway, and the proximity of Schiphol Airport. 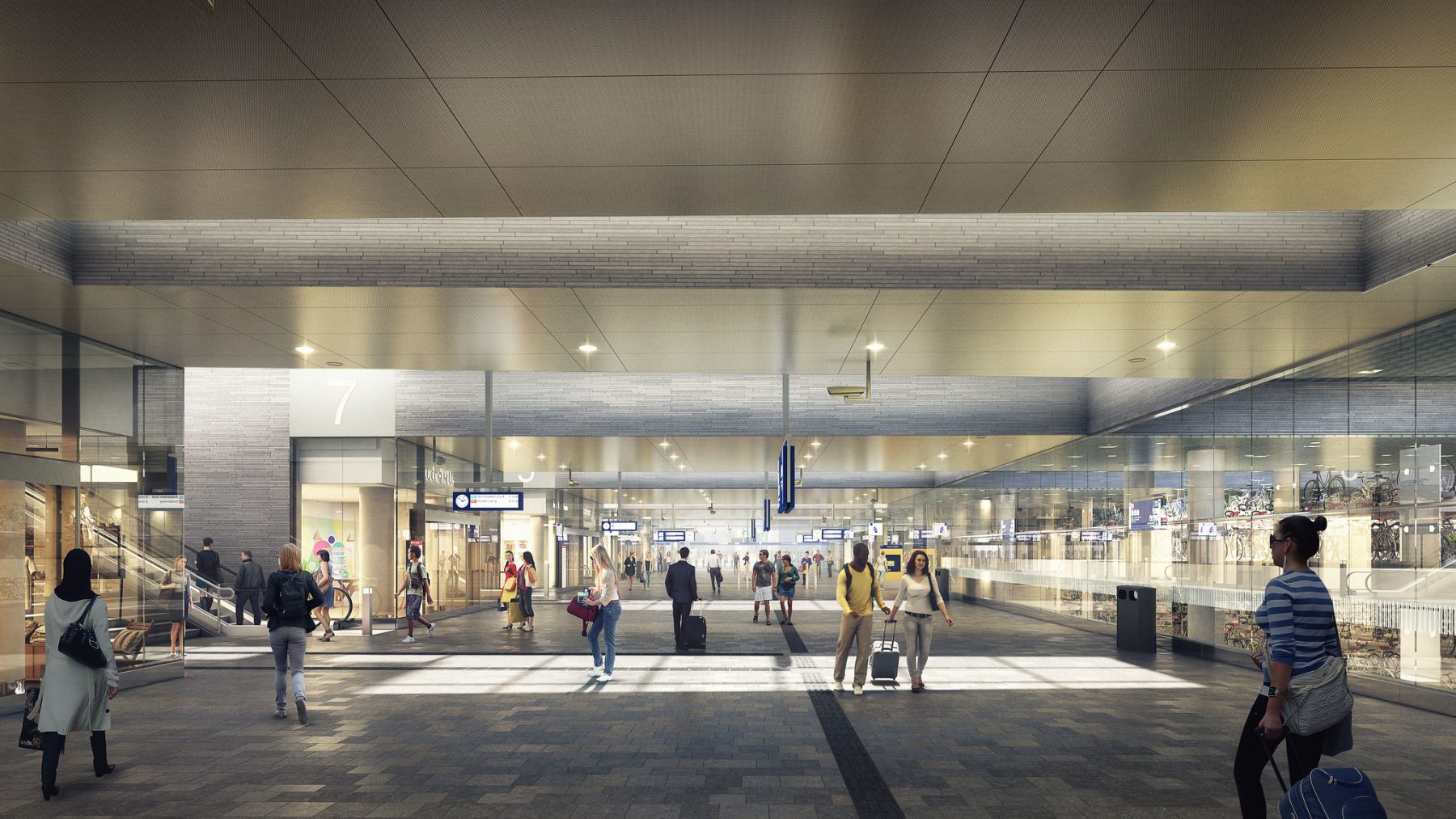 On the roof of the motorway tunnel… 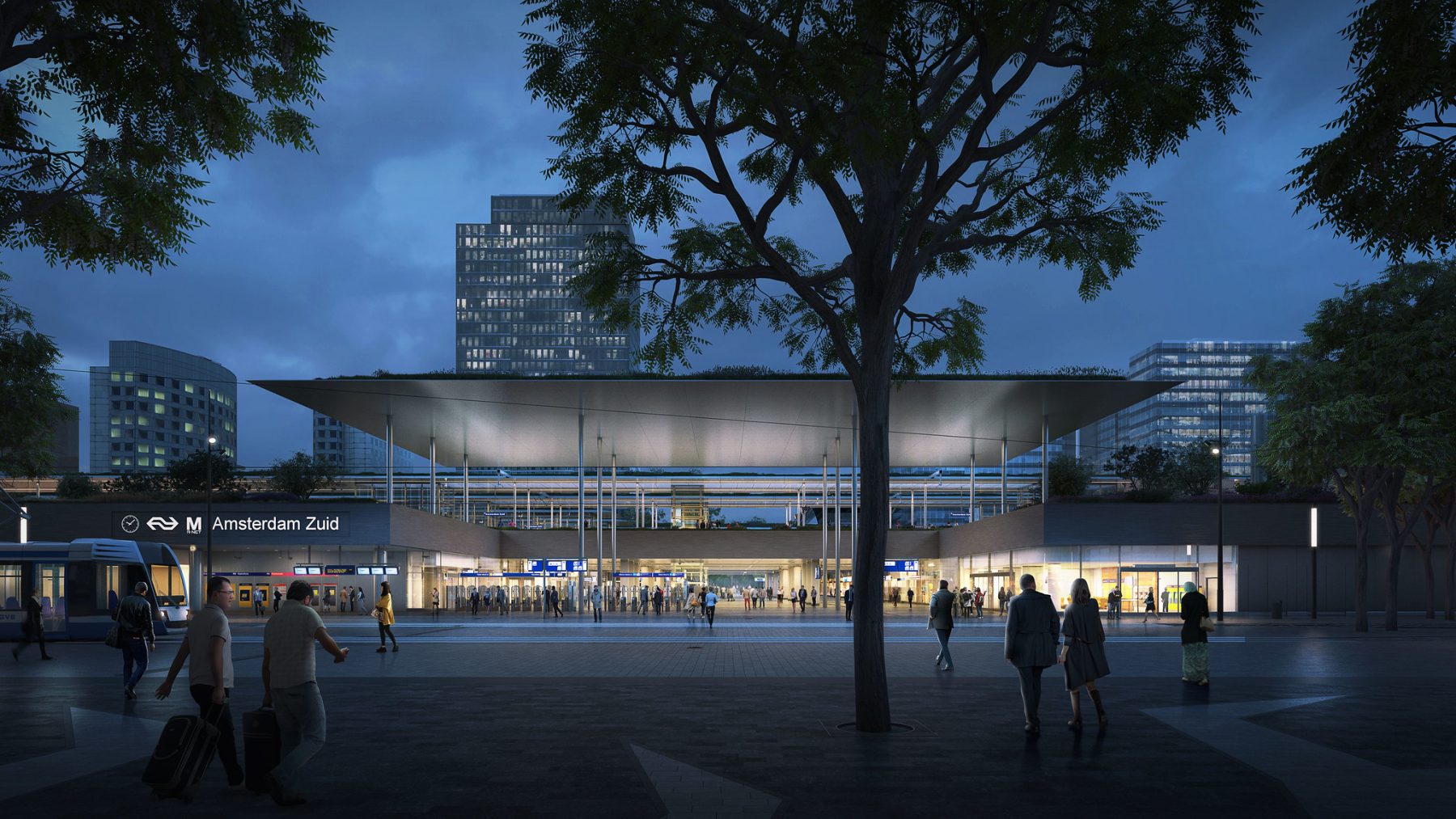 In the coming years, thousands of houses and square metres of office space are built in Zuidas. Ever more people travel to and from the district, or pass through the area during their journey elsewhere. As a result, it is already quite busy on the A10 South motorway and at the Amsterdam Zuid station. To safeguard the accessibility of Zuidas and the northern Randstad conurbation and to increase the liveability in Zuidas, we are realising the following with the Zuidasdok project:

Between 1994 and 2012, many different options were elaborated in the long history of the Zuidasdok project. The principle of tunnelling the railway and motorways was always guiding, to offer space on top of it for urban development (dock model). Eventually, this appeared to be unfeasible. On 9 July 2012, the clients reached a preferential decision for the present Zuidasdok project. This will take the A10 South motorway from four to six lanes and it will be tunnelled in the heart of Zuidas. This creates space for a complex refurbishment of Amsterdam Zuid station and the pooling of various forms of (public) transport. The station area will be refurbished, in the course of which the districts north and south of the station are better connected.

Since 2012, Zuidasdok has been expanded on a number of points. For instance, it was decided to build an extra station passage, the Brittenpassage, and to widen the present Minervapassage. The possibility of a fifth and sixth track for future train traffic was also added to the project. Throughout the years, with these adjustments Zuidasdok started focussing ever more on the refurbishment of the junction for public transport.

With a construction site now installed in the tight space between the metro tracks, the Zuidasdok builders have embarked on the ‘real work’: the construction of two roof sections that we will be inserting into position in August 2021.
April 1, 2020

Building work on Zuidasdok is set to continue. As became apparent on 26 March 2020, the exploratory study carried out by the Minister of State, Sybilla Dekker, was enough to convince the administrators. Instead of suggesting ways of economising on the plans, Dekker argues the case for expanding the ambitions.
October 30, 2019

Installing a roof? I thought Zuidasdok had shut down?

As you are probably already aware, you should avoid the Zuidas area on Friday 1 November 2019 and on 2 and 3 November as well. That’s when we will be doing work for the Zuidasdok project. How come? I thought work on Zuidasdok had stopped? No, actually, it hasn’t and we explain why below.
More posts