In Eduard van Beinumstraat, we are setting up a new construction site for the Zuidasdok project. This is needed for the renovation work on Amsterdam Zuid station. On it, we will be pre-building components for the second station passageway, the Brittenpassage. 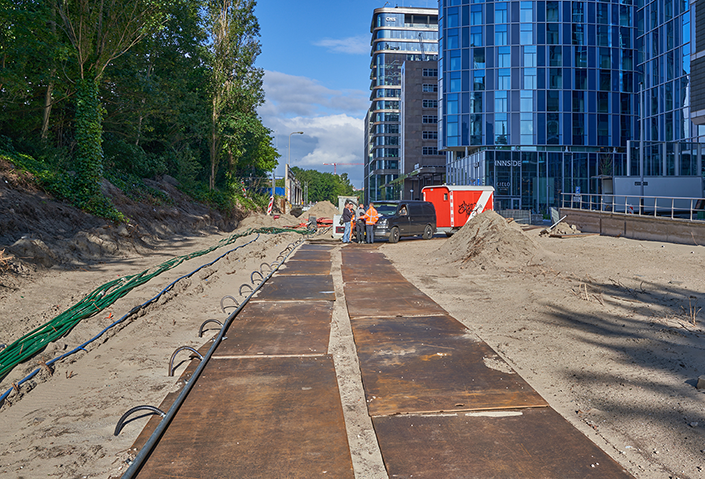 Eduard van Beinumstraat has been closed for over two years to enable the renovation of 2Amsterdam, formerly known as the Twin Towers. This was originally intended to be the start and end stop for the Amstel tram (line 25). Since the decision was made in March for the tram stop to remain in Strawinskylaan for now, this has created space to set up a construction site for Zuidasdok. Ultimately, in 2027, this will be the site of the northern entrance of the new Brittenpassage. Until then, the site will be put to good use: we can store materials on it and pre-build parts of the roof of the new station passageway. There is no room for this on any of the existing work sites.

Streets of the World

We are widening the footpath alongside the façades on the northern side of Van Beinumstraat to 6 m. Between the A10 and the footpath, we will set up the construction site for the station refurbishment. On the fencing around the construction site, it will then be possible to admire the Streets of the World exhibition, currently still on display in Arnold Schönberglaan. The exhibition, which shows images of all of the world’s 195 capital cities, was at risk of being dismantled because development work will shortly be starting on the De Boog plot.

Lowering the height of the site and on-site building

We have recently been installing cables and pipelines in Eduard van Beinumstraat. We are lowering the height of part of the construction site and the eastern section of Van Beinumstraat by around 80 cm because it is currently slightly higher than the area around it. Starting in mid-June, we will be constructing an on-site building next to the old entrance to the Atrium car park. That will take around four weeks and the on-site building will remain in place until Zuidasdok begins construction work on the northern motorway tunnel. 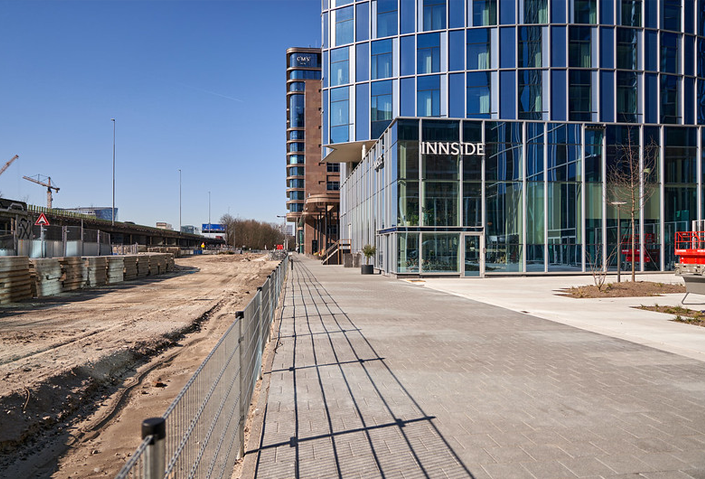 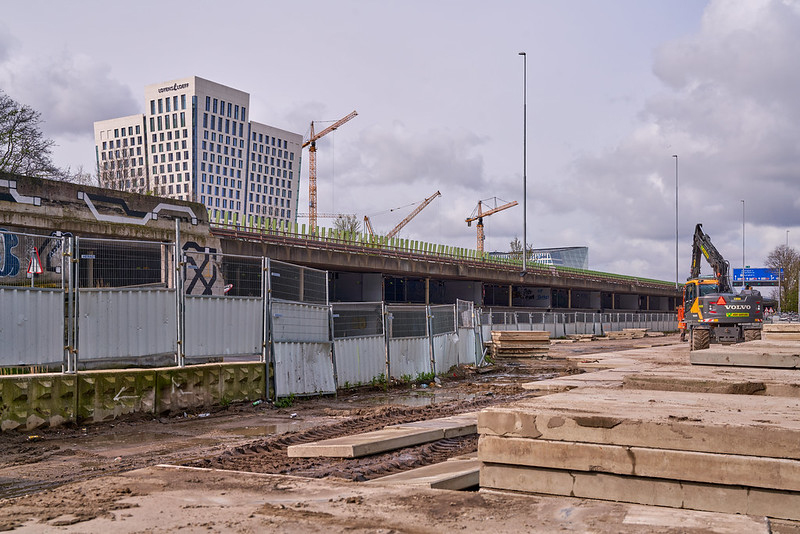 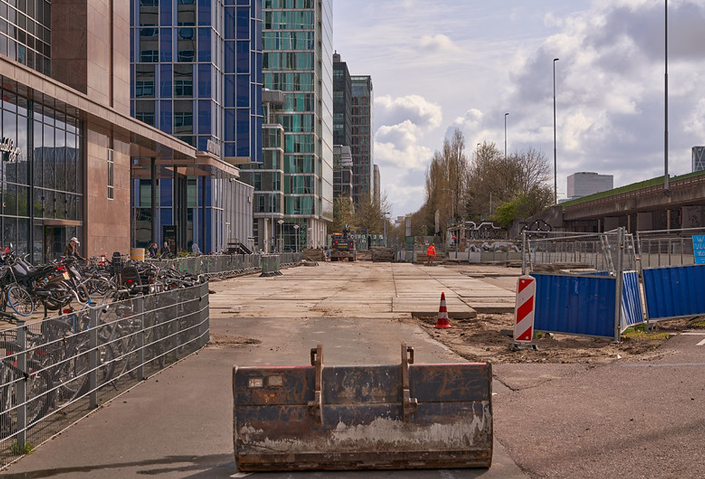 Next to Parnassusweg, Eduard van Beinumstraat will remain largely unchanged. We will add additional cycle racks and the entrance to the Atrium car park will stay the same. To the east of the construction site, Eduard van Beinumplein will also be developed in the future. There is not yet a definitive design for this. We are currently laying cables and pipelines, which is why the area has been opened up. From mid-June, we will add concrete sheeting to the area to reduce the sand blowing in the wind.

Between 22 July and 3 August, the A4 and the southern carriageway of the A10 towards Utrecht will be closed. There will also be fewer trains running during this period. During the 11-day period, we will be working on the foundations for the roof sections of the new Brittenpassage. Continue reading to find out exactly what we will we be doing.
April 14, 2022

Starting in mid-July 2022, major works will cause traffic and transport disruption in Zuidas. Metro line 52 will not run to Zuid station for a seven-day period. The A4 and A10 Zuid in the direction of Utrecht will be closed for 11 days. There will be a reduced train service. Below, we provide a summary of three weeks of work during the summer.
More posts