In the Beethoven neighbourhood, where a section of Beethovenstraat and part of Beatrixpark are located, housing is set to be built and an annex of the Conservatorium van Amsterdam is also being developed. Progress on both of these projects has turned out to be slightly different from our earlier reports. 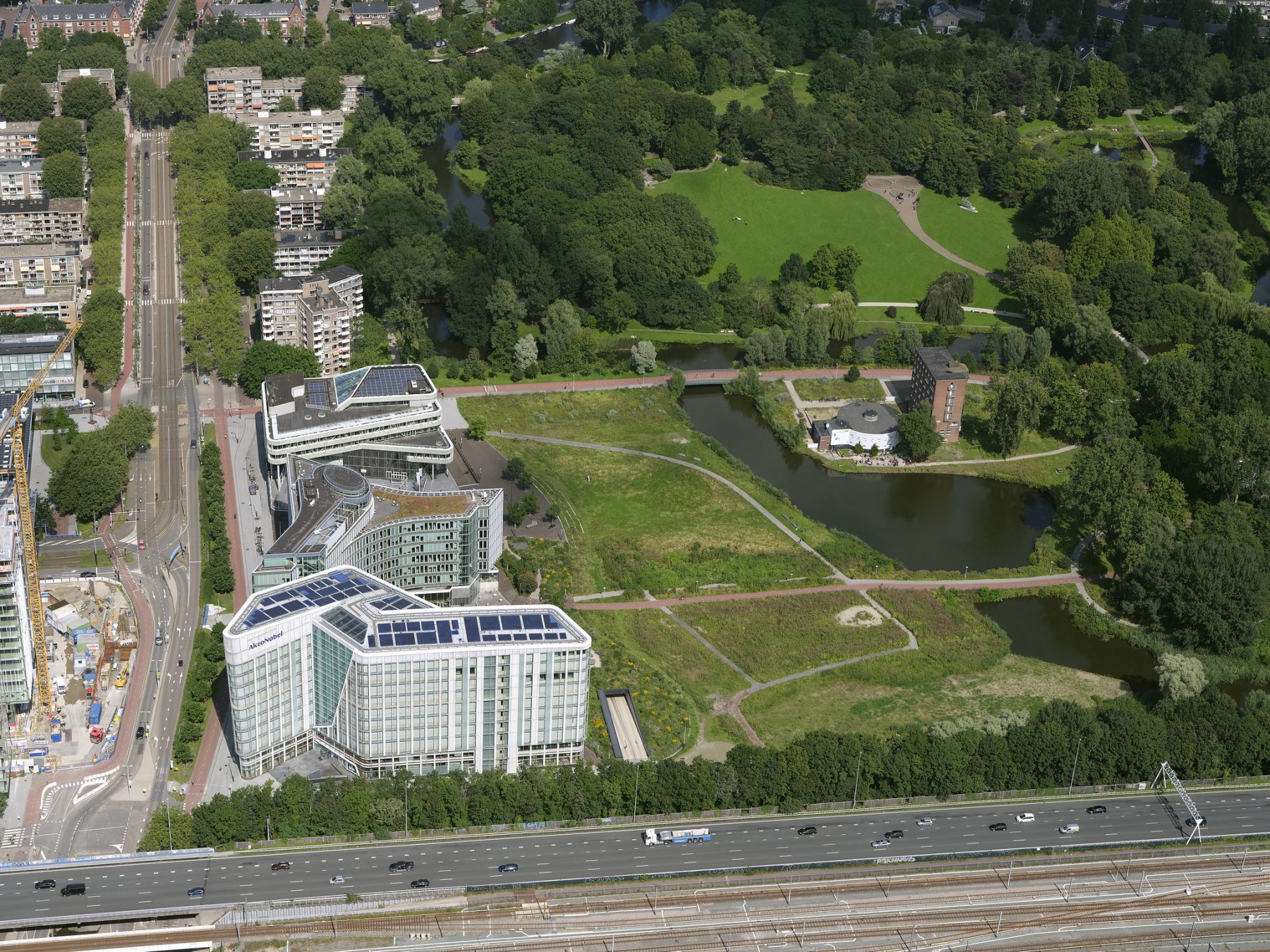 We are preparing the buildings of the municipal monument Kapel & Convict to create an annex for the Conservatorium van Amsterdam, part of the Amsterdam School of the Arts. Plans for that were made definitive in September 2020. The Conservatorium is moving because it has outgrown its current location at Oosterdok. The definitive design for the renovated buildings is already complete and the environmental permit has been granted. Finding a suitable contractor to do the work is taking longer than expected. As a result, the work will start at a later date, probably in the spring of 2022. The Conservatorium van Amsterdam will then be able to move into the buildings in the summer of 2023.

In order to make the buildings suitable for the Conservatorium, we are increasing the height of the first floor in the Kapel. This will create better acoustics. In the circular Kapel auditorium, there will be room for small-scale (public) performances, supported by an education programme. Little will change on the ground floor. We are increasing the entrance area and adapting the ground floor for a catering or hospitality facility, the details of which are still to be determined. The Convict building will also be subject to modifications: we are extending both ends by adding a stairwell and classrooms. On some floors, we are merging rooms in order to improve the acoustics. We are also improving the sound insulation, both between the rooms and externally. As a result, the building will be fully equipped for teaching music. 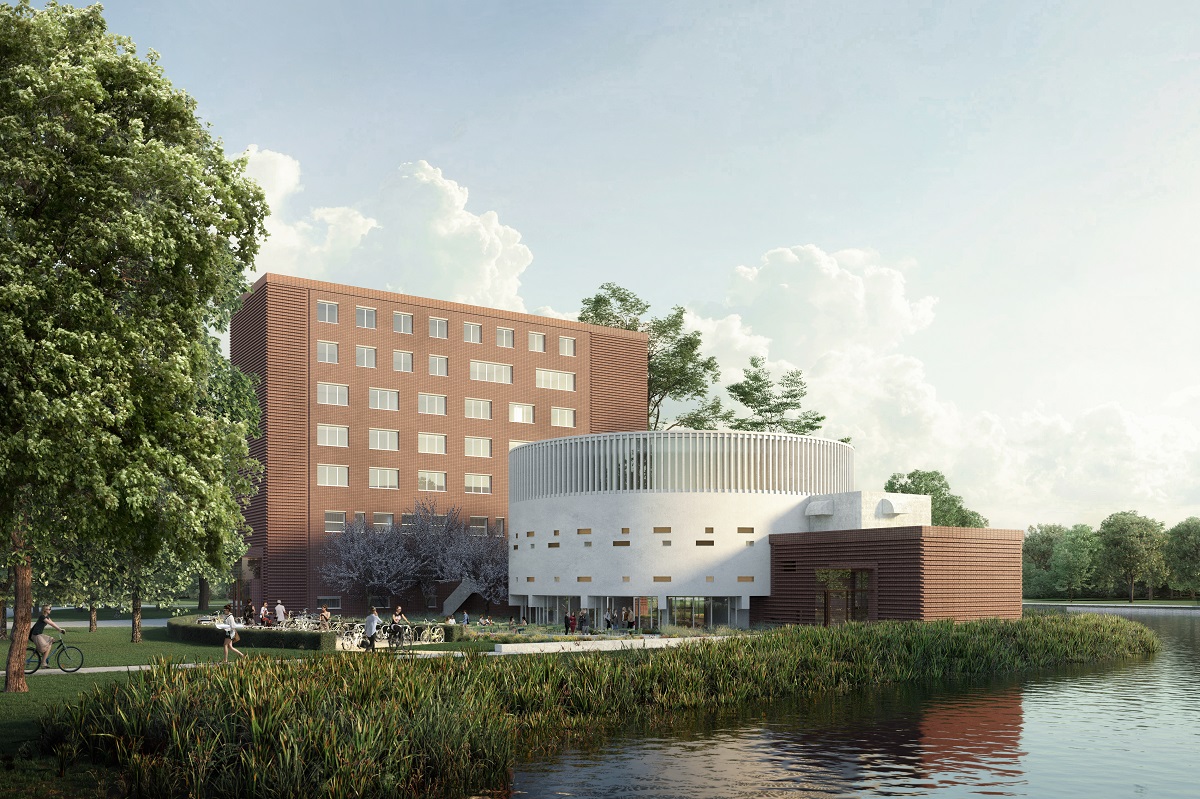 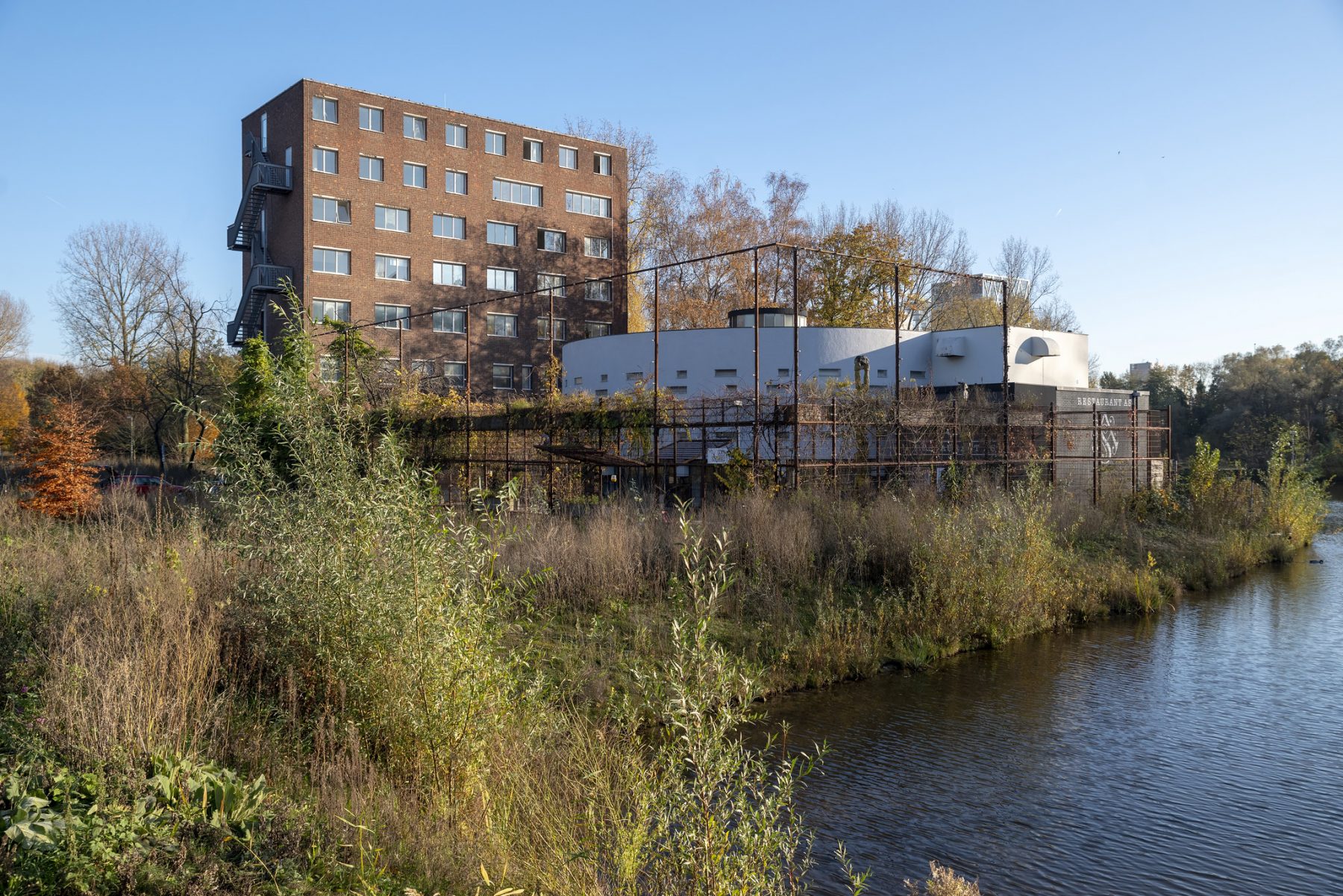 On the site in front of the offices of AkzoNobel, Stibbe and the St. Nicolaaslyceum, a total of 350 homes are being built, with room for amenities on the ground floor. The plans for this housing have been in place for a long time. The development will be on plot 6/7 and plot 2 (see the map below). Construction work on the housing on plot 6/7 is set to start first, probably in the second half of 2022. This location experiences a relatively large amount of environmental noise, especially from the A10. In order to reduce noise nuisance and ensure good quality housing, the apartments will now be slightly larger than originally planned. As a result, the number of apartments has been reduced to around 200, compared to the 300 previously reported. The developer, Breevast, will shortly be organising an information meeting to provide a briefing on the plans. On plot 2, there will be approximately 150 homes. A plan still needs to be drawn up for this. For this plot, we are launching the tender in the first quarter of 2022, which should ultimately result in a developer. We expect the housing on both plots to be completed in 2026.

The plots where the housing will be 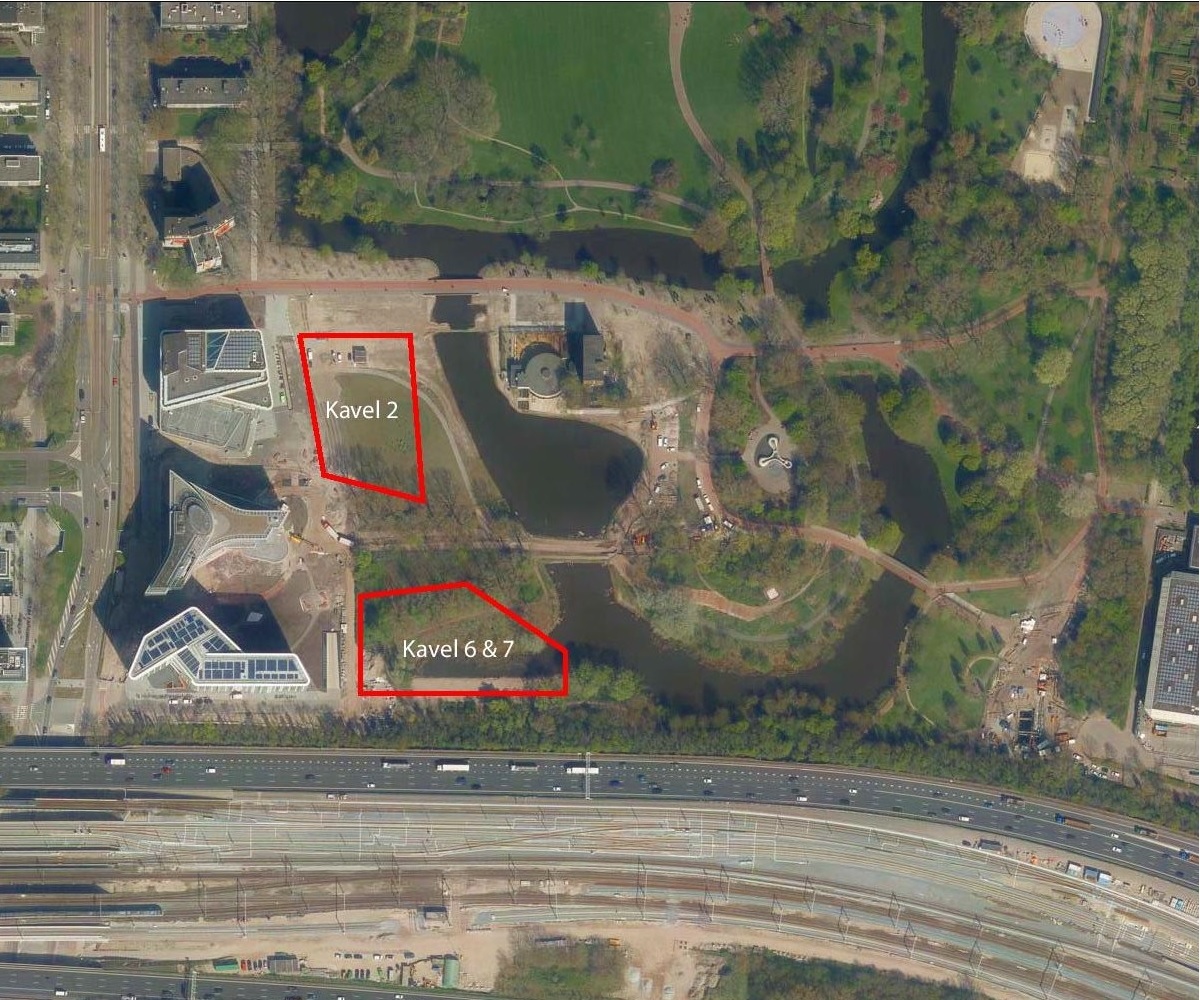 The public space between the two apartment buildings will have green landscaping. This is an important part of the construction plan. On 13 April 2021, the City of Amsterdam organised an online meeting to enable interested parties to suggest ideas about the design for the public space. Our aim was to present a provisional design for this in December 2021. However, this is now expected to happen in the first half of 2022.

For the planned construction work, progress has already been made in preparing the site. For example, trees have been felled in recent years. We always try to fell trees ‘just in time’, in other words only when really necessary. The timing in this case was based on the original plan. Since the construction work is starting later, we now know that the trees were felled too early. In September 2021, we also reported on the construction of a site access road leading from Christian Neefestraat. This road is needed in order to enable access to the construction sites at Kapel & Convict and the housing construction plots. Since this work is starting later, the site access road is also being added later, in the first quarter of 2022. However, a dam has already been added in order to enable access to the Kapel & Convict buildings from this site access road. This work had to be done this autumn because the wildlife in the water cannot be disturbed during winter and spring because of hibernation and the breeding season. 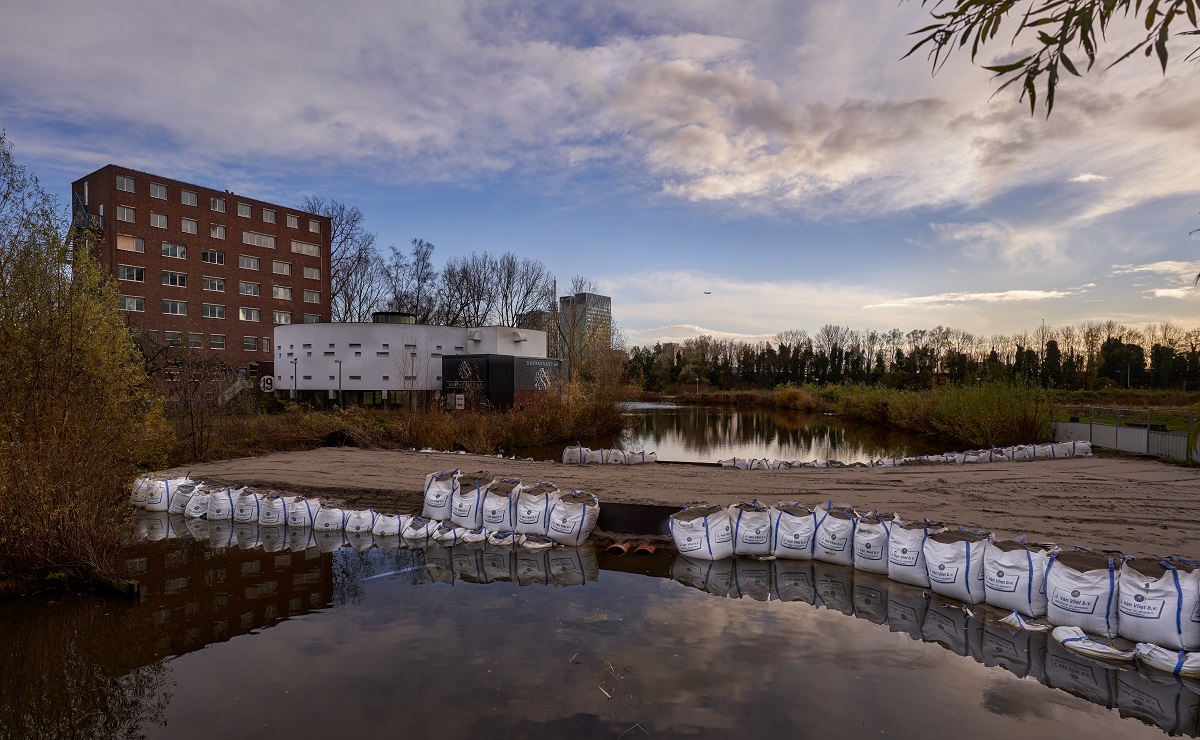 The permanent base for the air ambulance will move away from the roof of Amsterdam UMC, location VUmc, significantly reducing noise pollution for local residents.
wonen-en
December 22, 2021

They were shunned and unknown during their own lifetimes, but now the names of female composers will add some diversity to the streets of Zuidas. ‘They died sad and lonely – and that’s why now, after all these years, we have to honour their work.’
More posts