Between 22 July and 3 August, the A4 and the southern carriageway of the A10 towards Utrecht will be closed. There will also be fewer trains running during this period. During the 11-day period, we will be working on the foundations for the roof sections of the new Brittenpassage. Continue reading to find out exactly what we will we be doing. 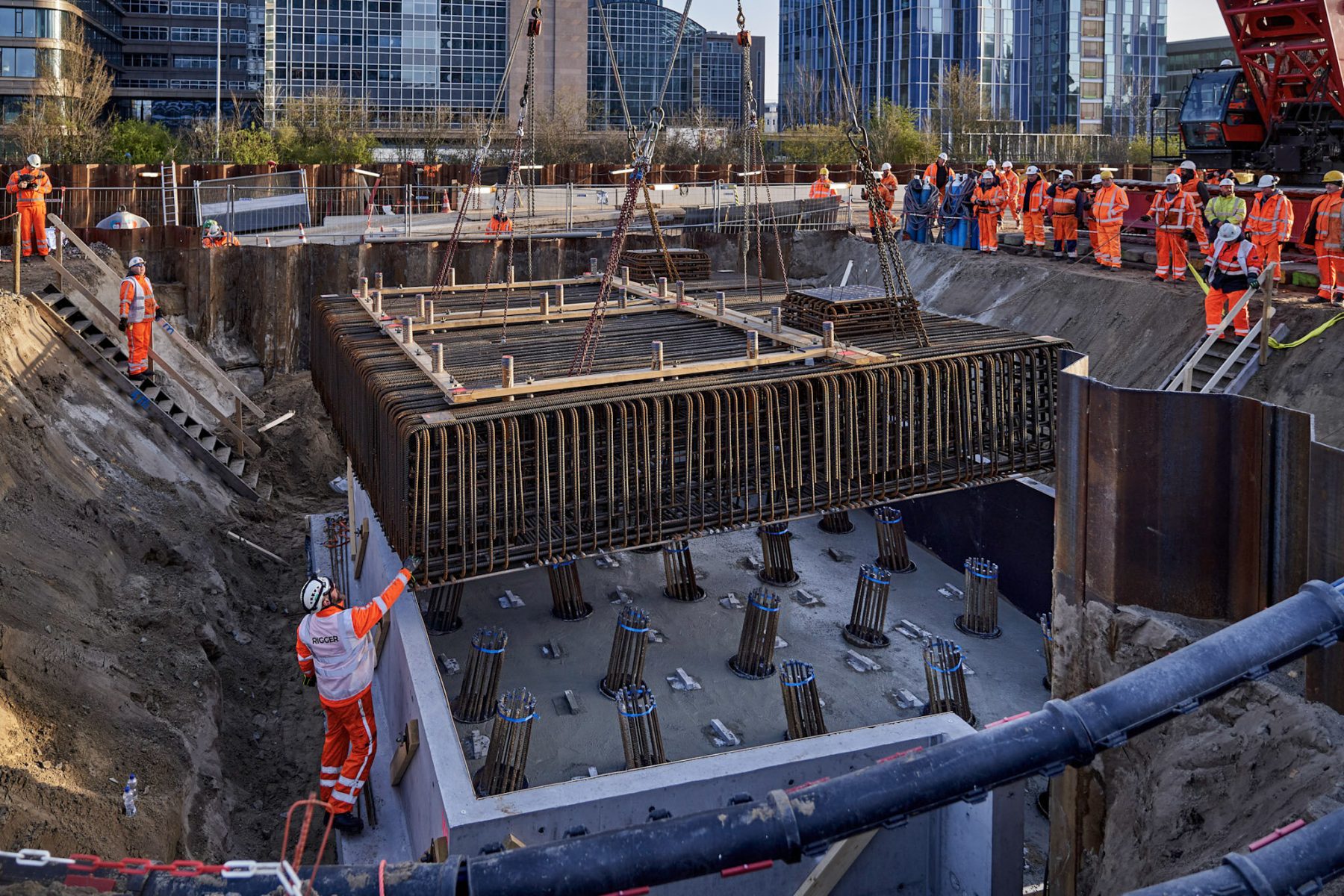 The construction of the additional pedestrian underpass, the Brittenpassage, is beginning by creating the roof, which consists of seven enormous concrete slabs. Those roof sections need to be able to support very heavy weights because the metro and train tracks will be laid on top of them. And what is more, the trains and metros will be braking and accelerating, putting those roof sections under even more pressure. They will therefore need very robust foundations. It is those foundations that we will be working on between 22 July and 3 August. We will be driving a series of foundation piles into the ground and building abutments on them. We completed the same process in June 2019.

To be able to build the foundations, we will need to dig up the southern carriageway of the A10 over a length of about 100 metres, because the motorway is built on top of a dike. We will also be removing the two train tracks. Dozens of foundation pipes will then be driven into the ground. We can then apply the reinforcement bars and pour the concrete. Next the precision work begins: we will lift the huge steel structures onto the foundation piles on site. Once these steel structures are in place, we will build a formwork around them (a kind of mould) and fill this with a large quantity of concrete. Once that has been done, we will have finished the abutments. The role of the abutments is to support the roof of a tunnel.

We will be building four of these abutments between 22 July and 3 August, and they will support two roof sections. These sections will support train track 1 and future train tracks 5 and 6. Currently, the motorway runs past this location, which is why we will need to dig it up. Once the foundation piles and abutments are in place, we will rebuild the track and the motorway. By the morning rush hour of 3 August, motorists will be driving over a brand-new layer of asphalt and will hardly be able to notice any difference. 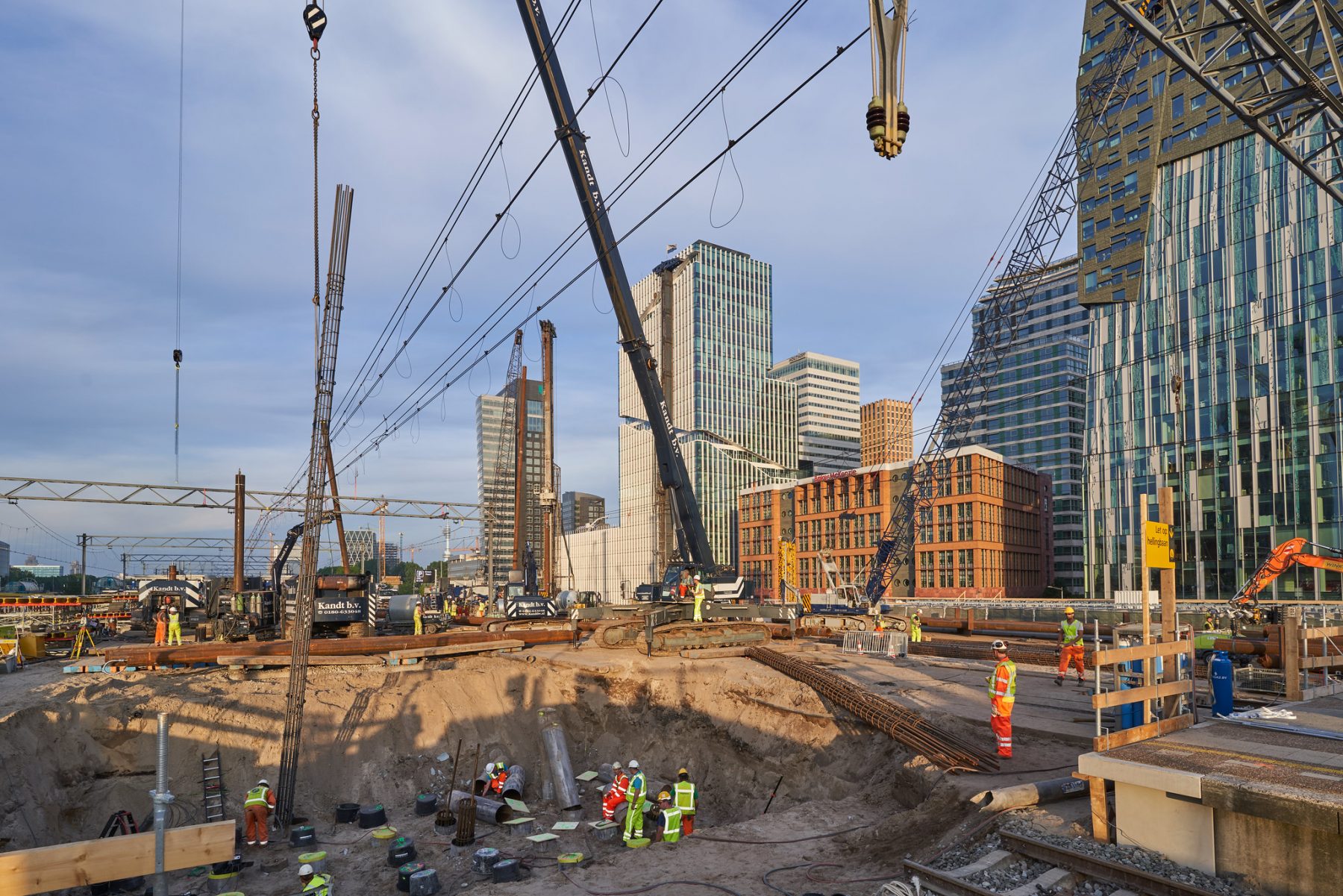 Sliding the roof sections into place

You would hardly notice it now, but we have already put three of the seven roof sections for the Brittenpassage into place. That was a huge challenge because the roof sections are extremely large and heavy, and there is very limited space in which to work so we had to create the roof sections on site. We created the first section in 2019. It was truly gigantic, measuring 70 metres long, 12 metres wide and 2 metres thick. We installed another roof section under train tracks 2 and 3 in November 2019. More sections were installed under one another train track and under the metro track in August 2021. This time we are going to be working under train track 1 and future tracks 5 and 6. Once the foundations are in place, we can then start creating the roof sections from September 2022 onwards. We will slide them into place during the Ascension Day weekend of 2023. Of course, we will keep you updated on those plans.

Between 22 July and 3 August, the A4 and A10 Zuid in the direction of Utrecht will be closed between the Badhoevedorp interchange and the S109 RAI exit. Traffic will be diverted via the A9 and A5. It will still be possible to access Amsterdam Zuid by train during this period, but a modified timetable will apply.