For two whole weeks, there were no trains running via Amsterdam Zuid station because of works by ProRail. Zuidasdok made good use of this by continuing work on the Schinkelbrug bridge, the Brittenpassage and the Vivaldipassage. Our photographer was on hand to capture it. 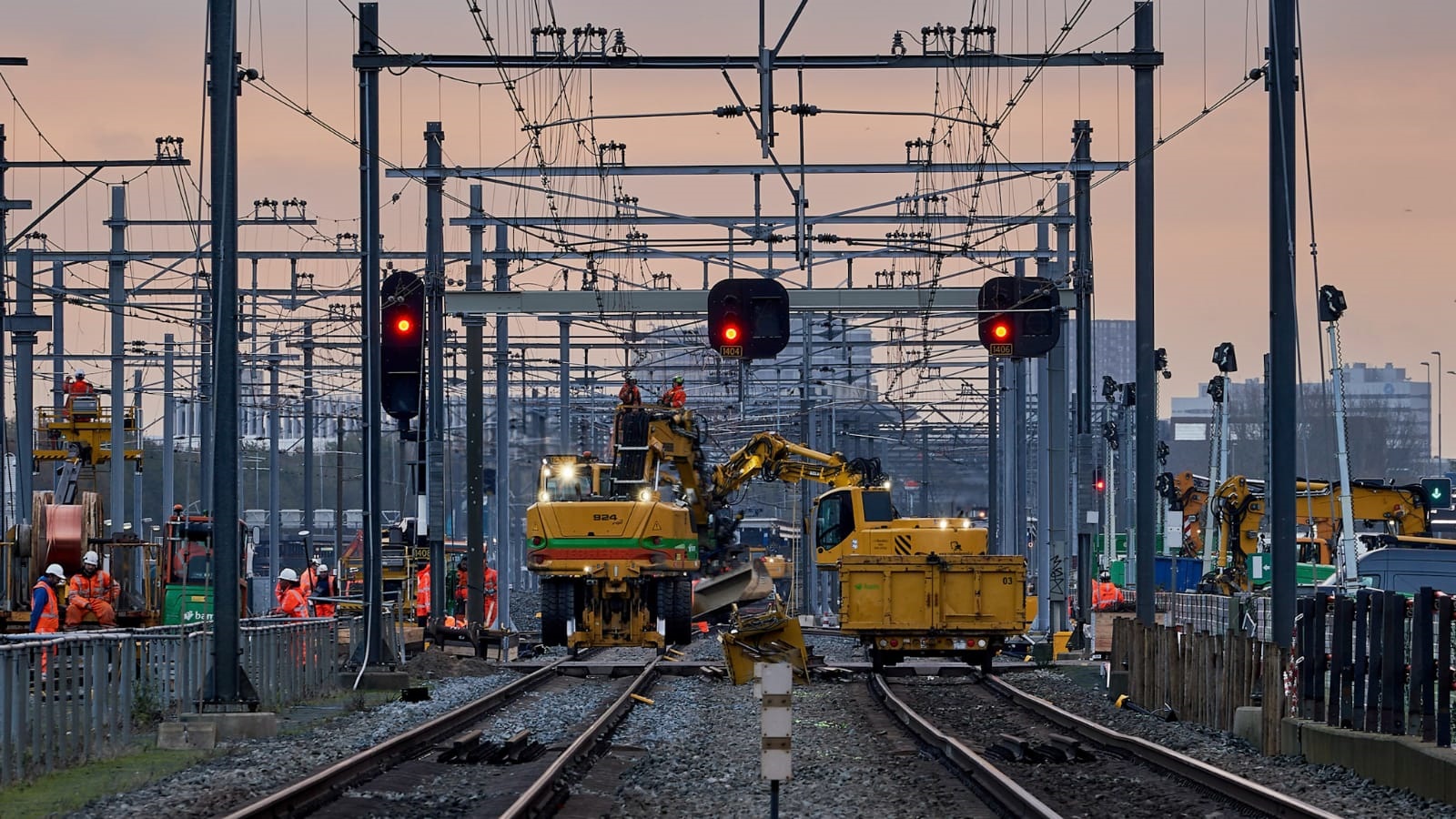 Zuidasdok made use of the train-free period between 13 and 26 November 2022 to install security cameras on the Schinkelbrug bridge to enable it to be controlled remotely in the future. This is in preparation for the updating of the De Nieuwe Meer interchange. As part of the regeneration of Amsterdam Zuid station, we also worked at two locations: the Brittenpassage (to be completed in 2027) and the Vivaldipassage (to be completed in 2036).

With the widening of the A10 Zuid in the years ahead, the number of bridges across the Schinkel is set to increase. In order to make space, we started by moving the controls, after which the two control towers were demolished. During the train-free period, five camera-mounted platforms were attached to the ProRail platform bridges, pointing towards the water, passing vessels and the bridge. The controls have been successfully tested remotely and in the weeks ahead, the GVB metro bridge and the RVS (Public Works Department) vehicle bridges will also have camera-mounted platforms fitted. When all of the cameras are in position and testing has been successfully completed, the control of the bridge can switch completely to remote control.

The existing cameras are replaced 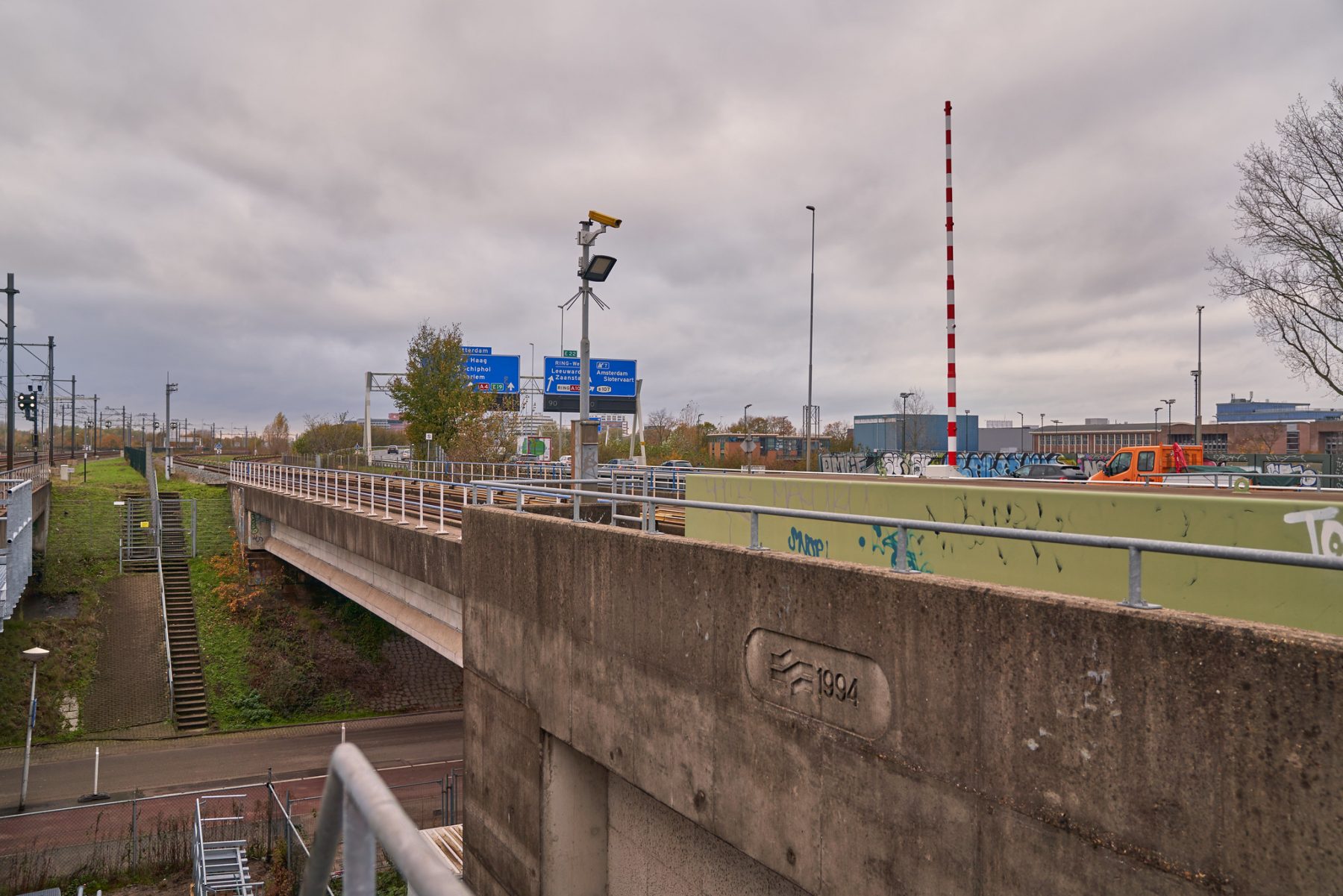 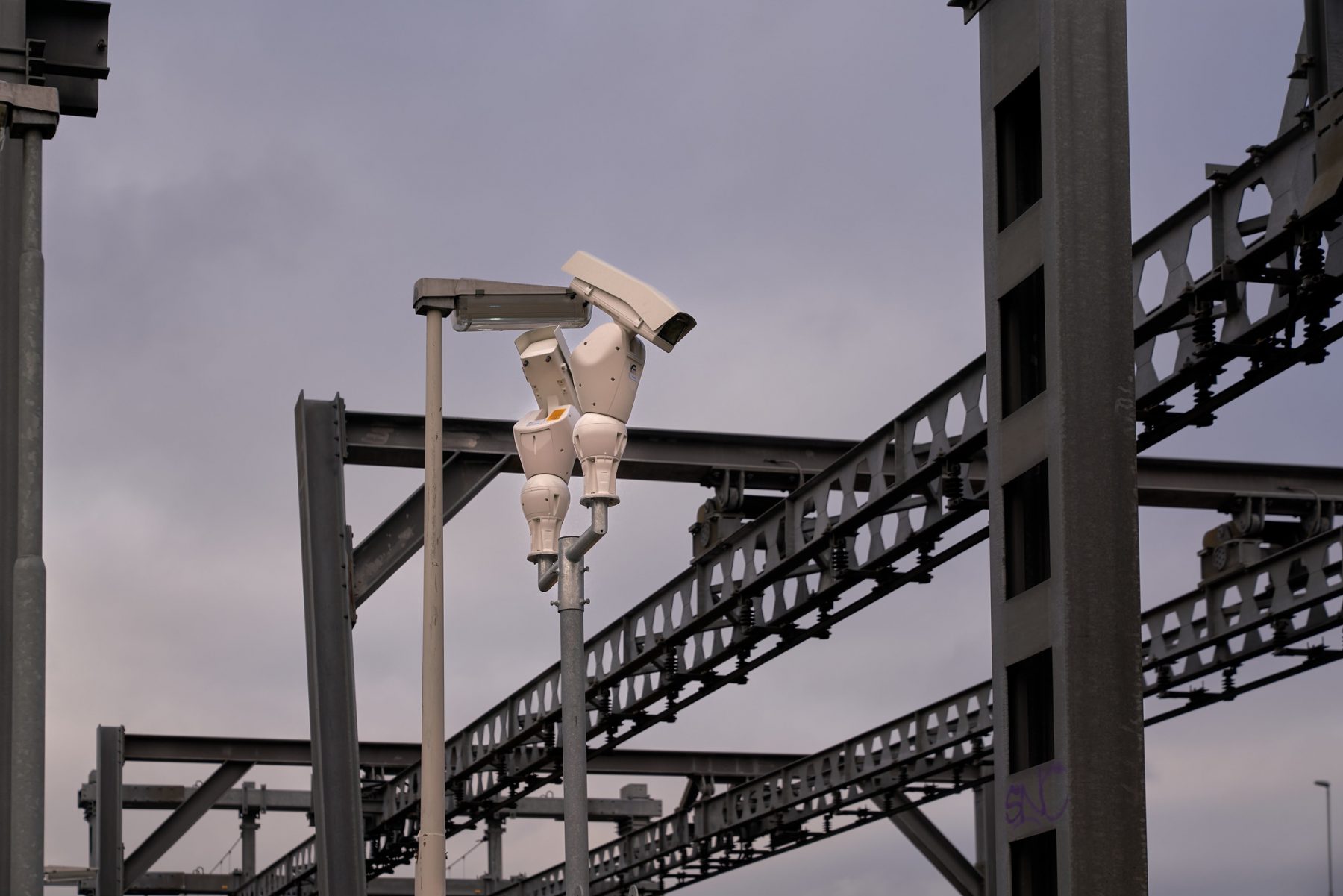 A platform fitted with a camera 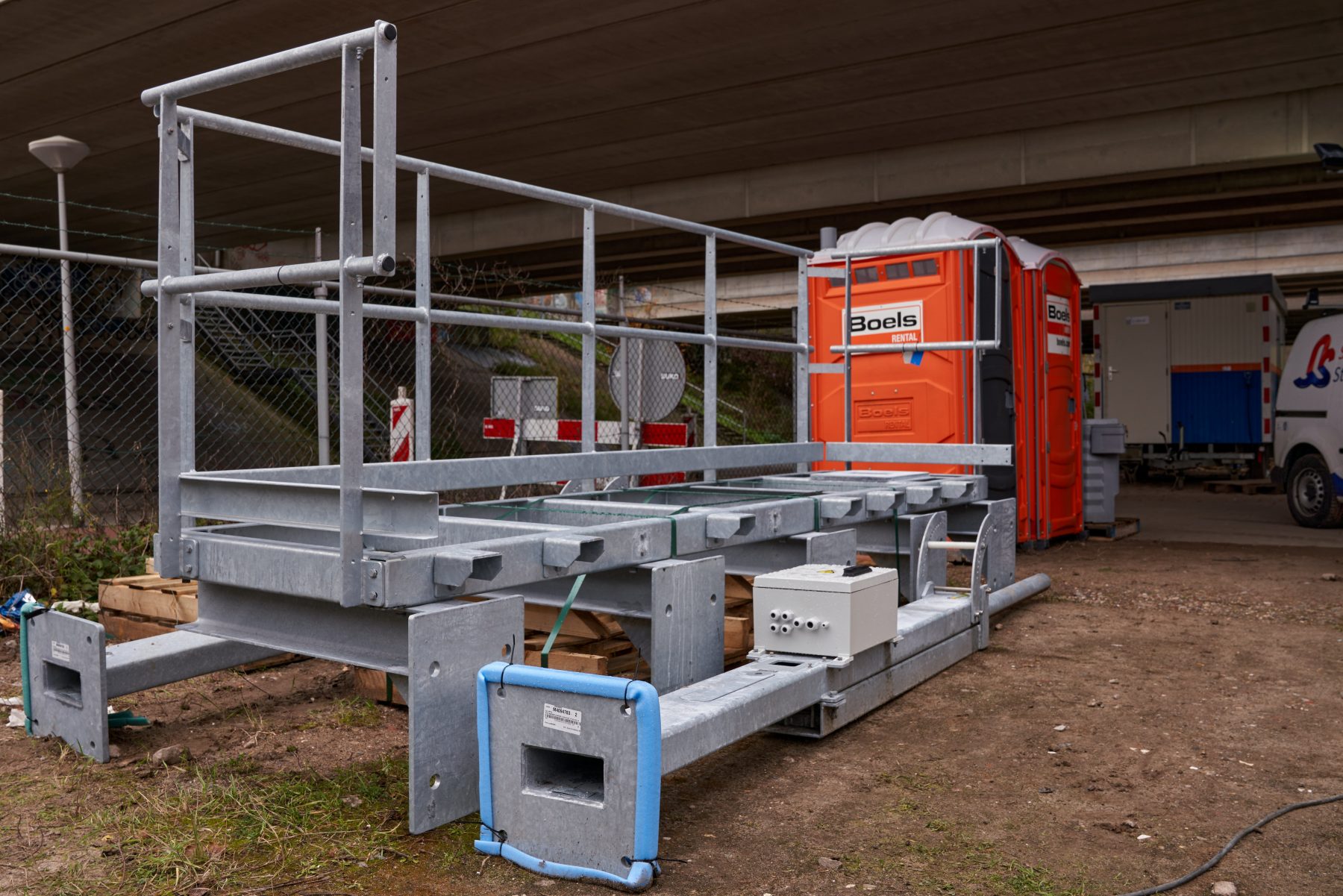 A total of five platforms were hoisted into position... 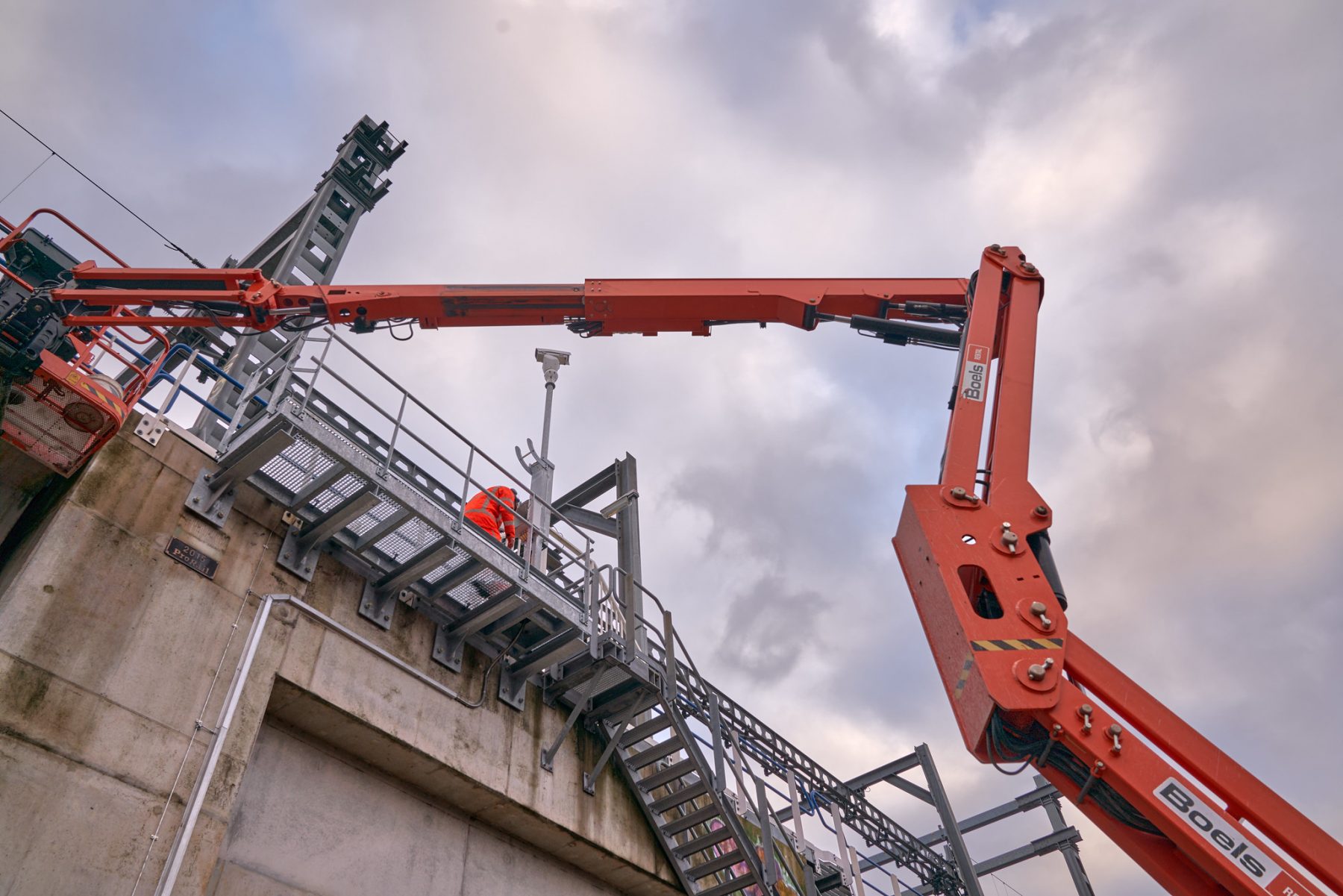 Marcel Steinbach
...and attached to the platform bridge 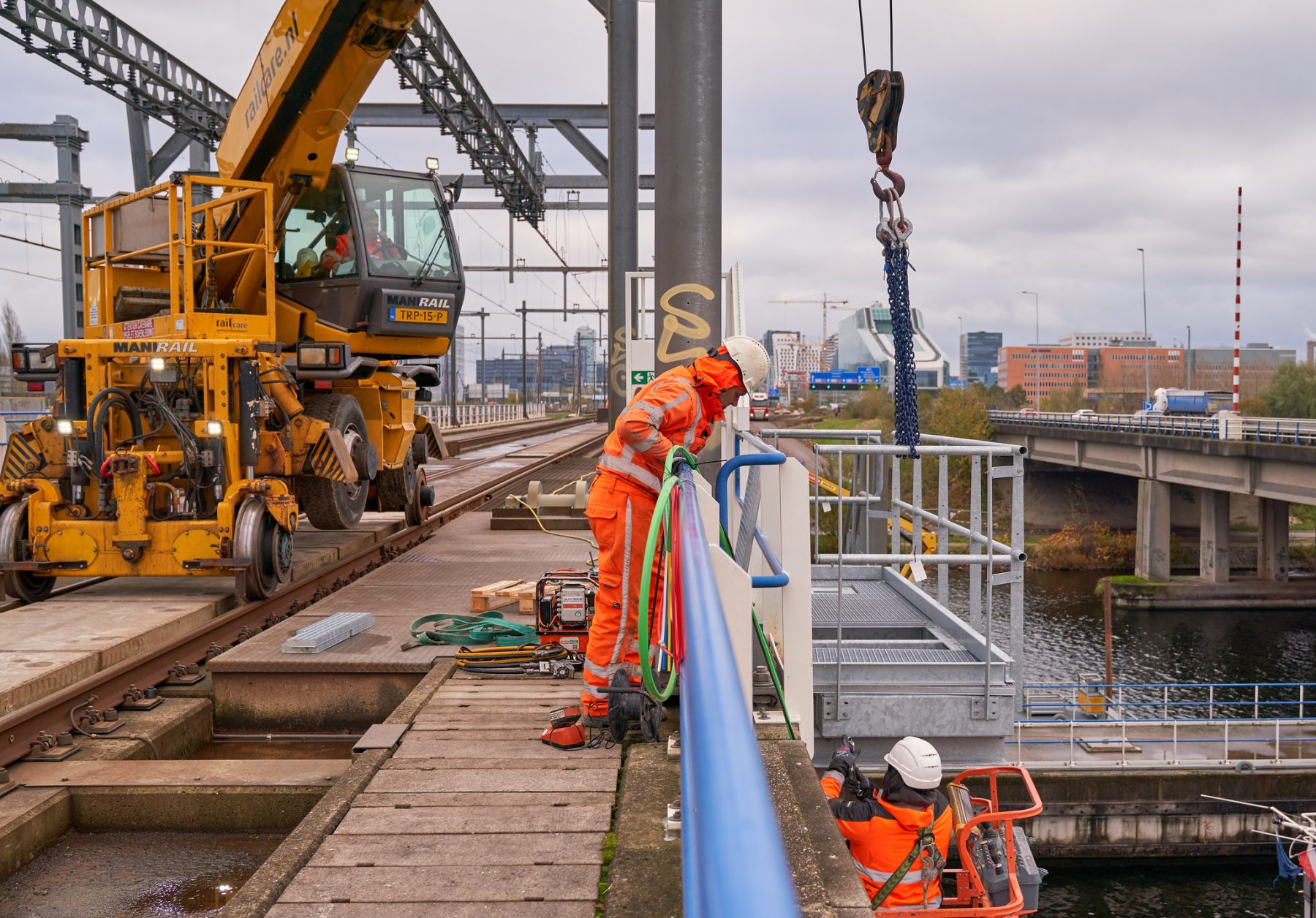 Next to both Benjamin Brittenstraat and Antonio Vivaldistraat, we also completed work with foundation piles, concrete and reinforcement. For the Brittenpassage we started by removing sections of the two railway platforms in order to install sheet piling and foundation piles for the future platform escalators/staircases. On the work site between the tracks, next to Antonio Vivaldistraat, the foundation piles were already in the ground underneath the railway tracks. To finish this work, we had to remove part of the railway tracks in certain places in order to fill the hollow piles with reinforcement and concrete. These piles will form part of the foundation that will ultimately support the roof of the Vivaldipassage.

Work site between the metro tracks 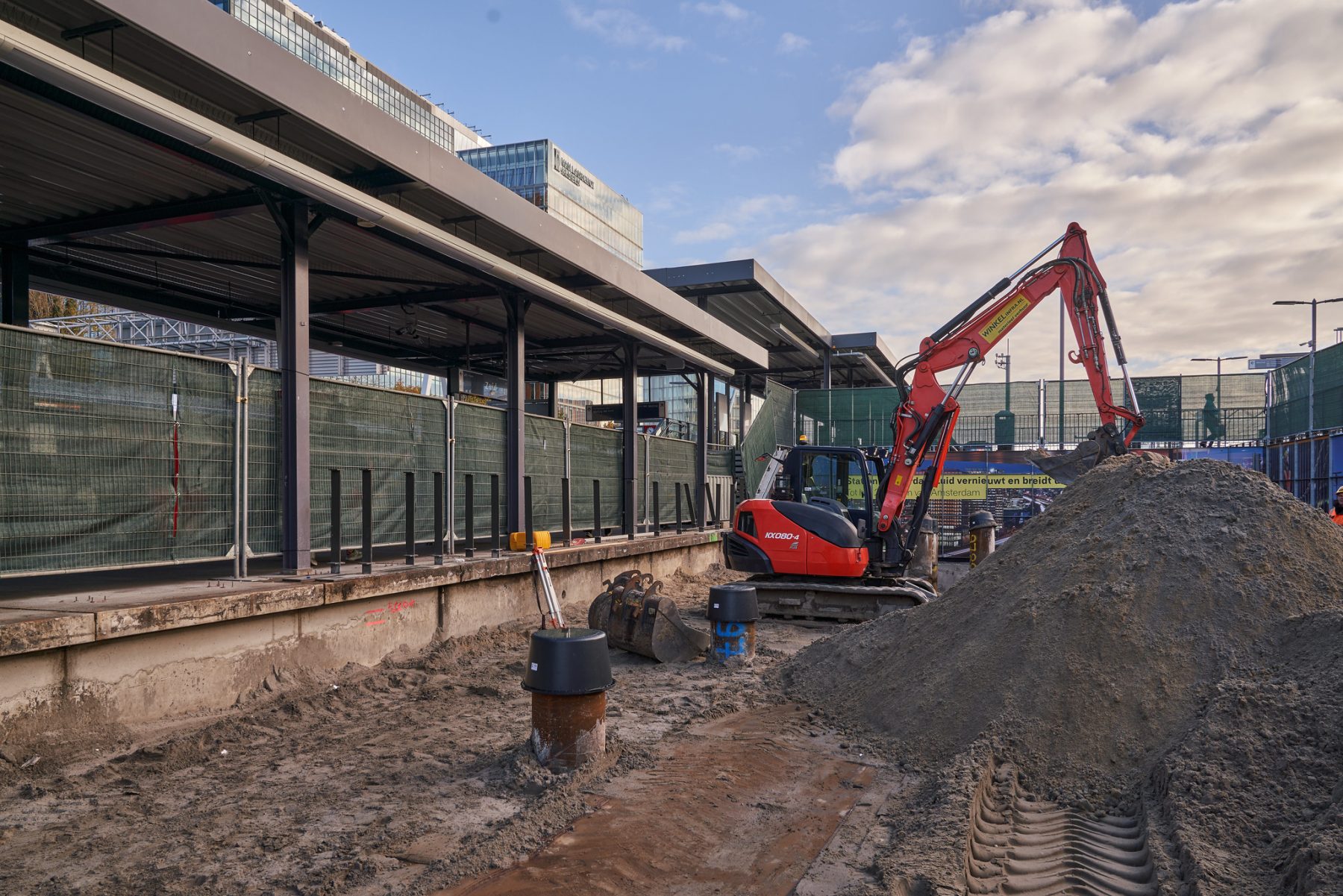 The piles to support the platform escalators/staircases 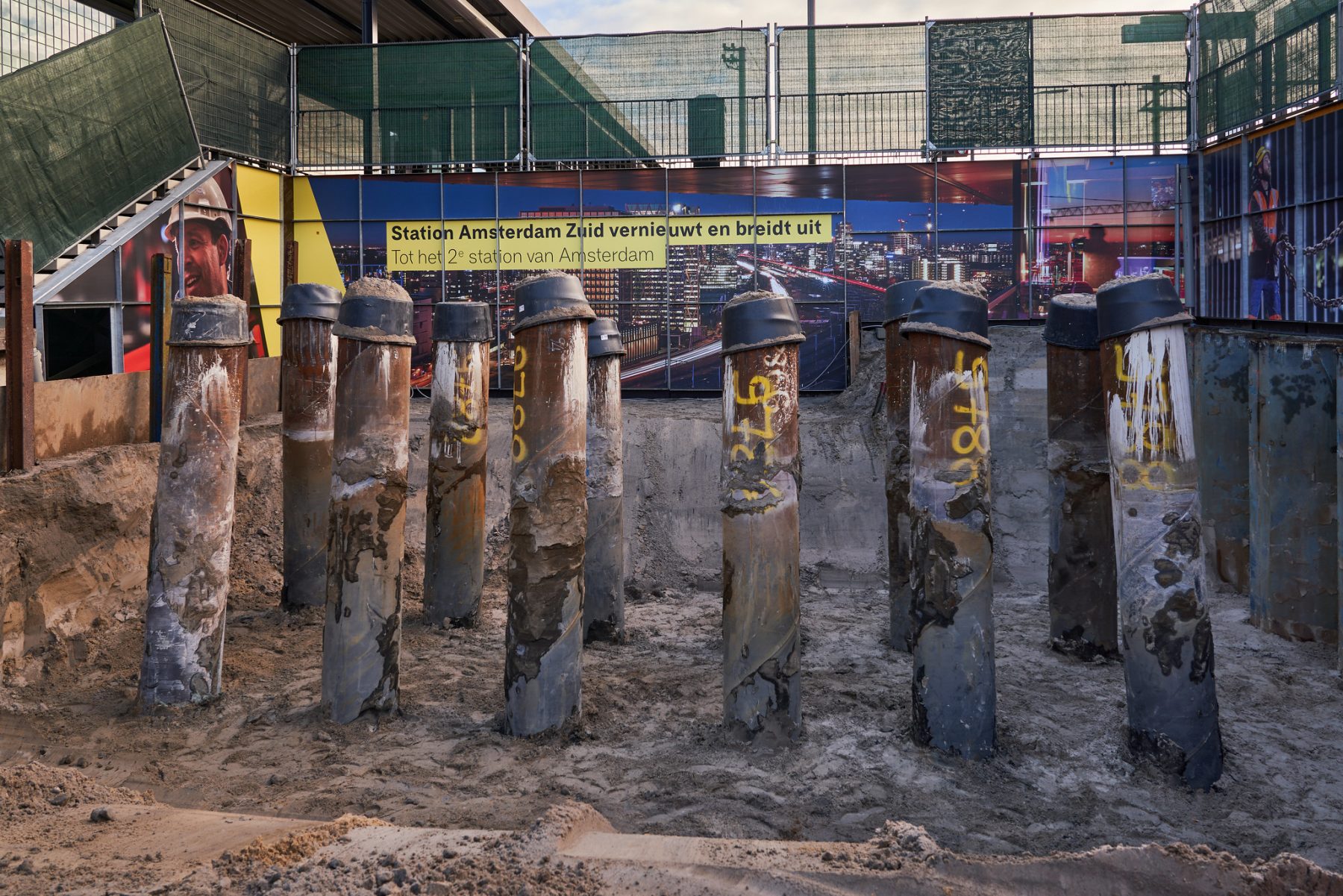 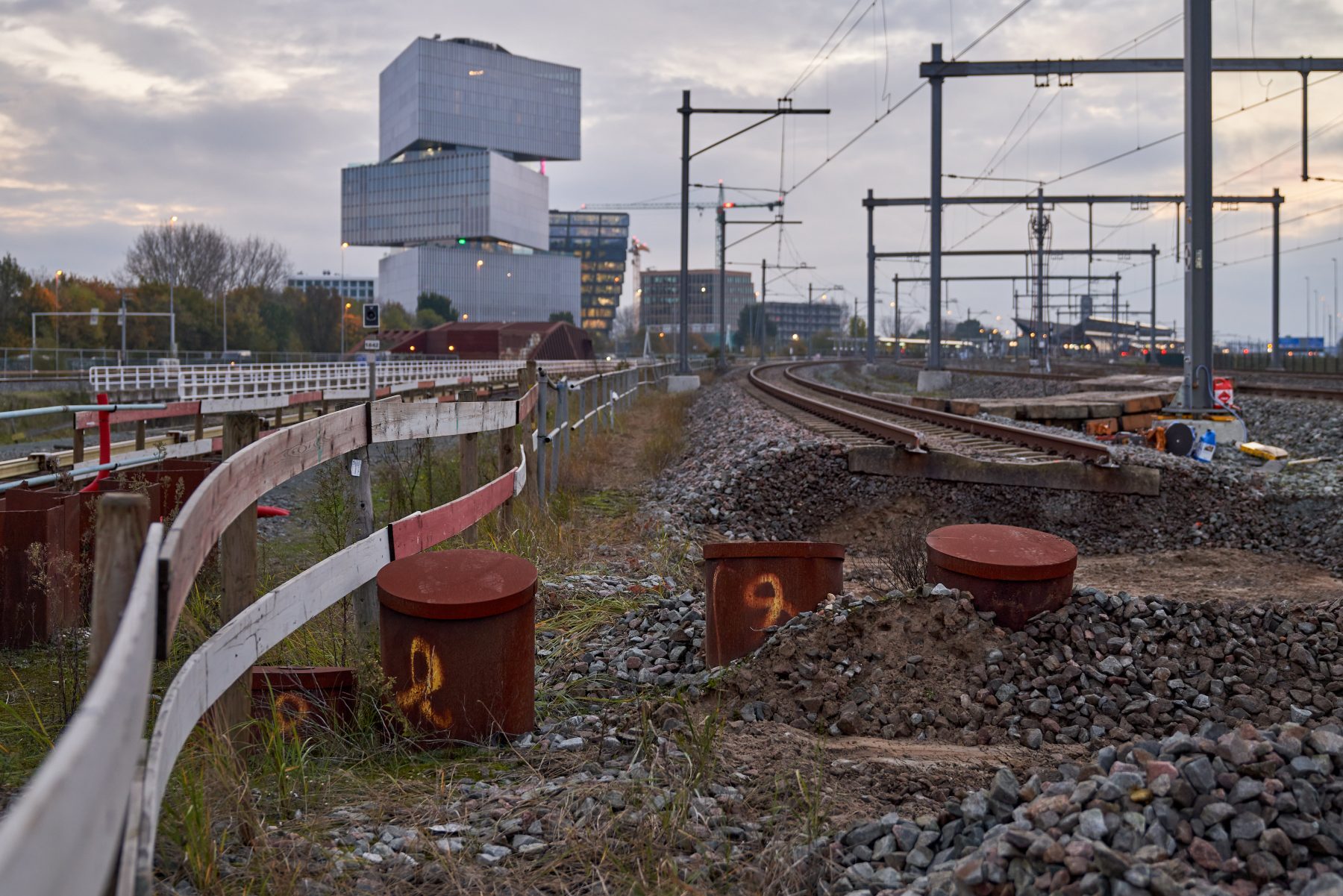 The piles are finished with reinforcement steel and concrete 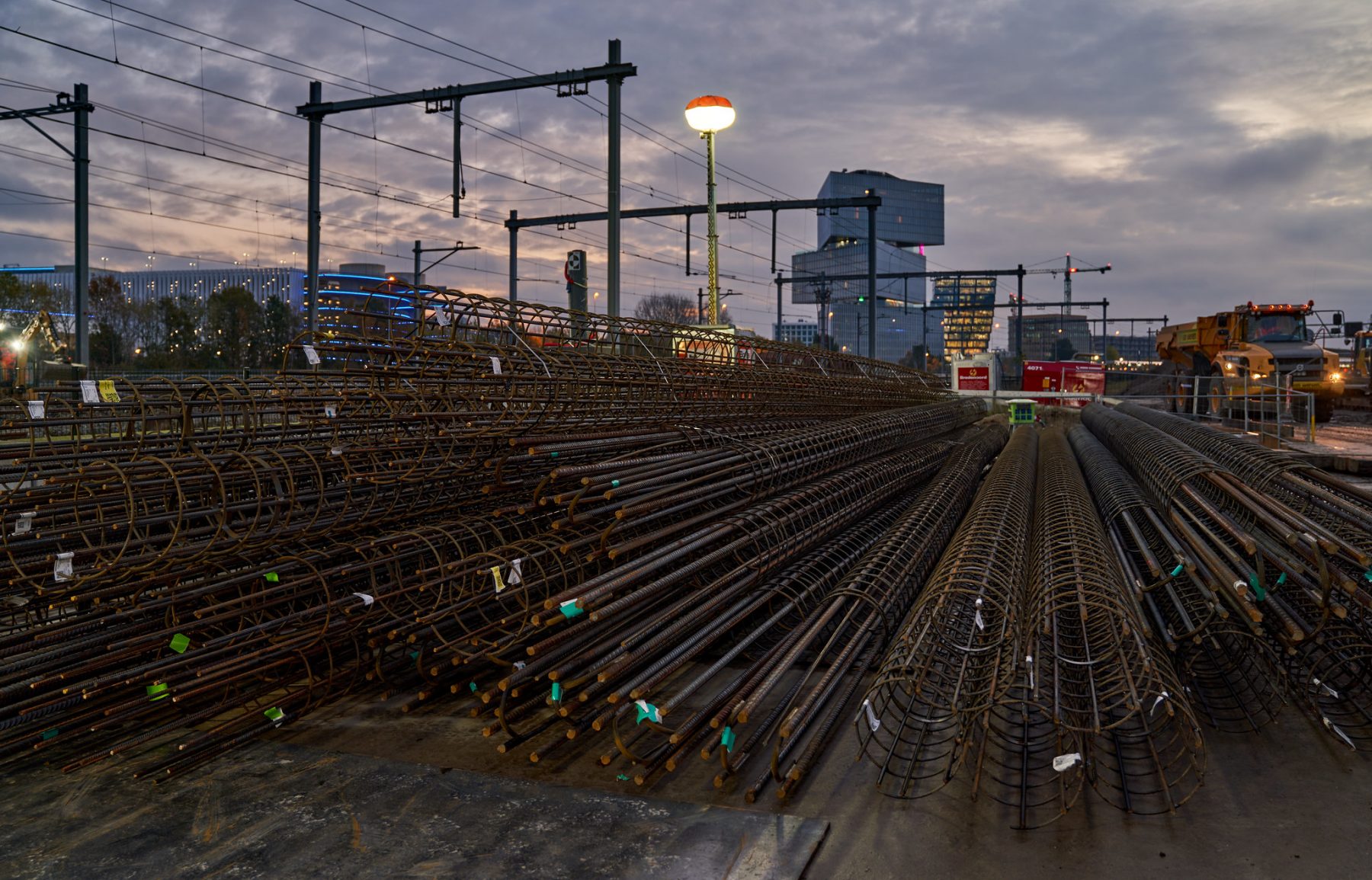 Part of the metro platform is temporarily removed 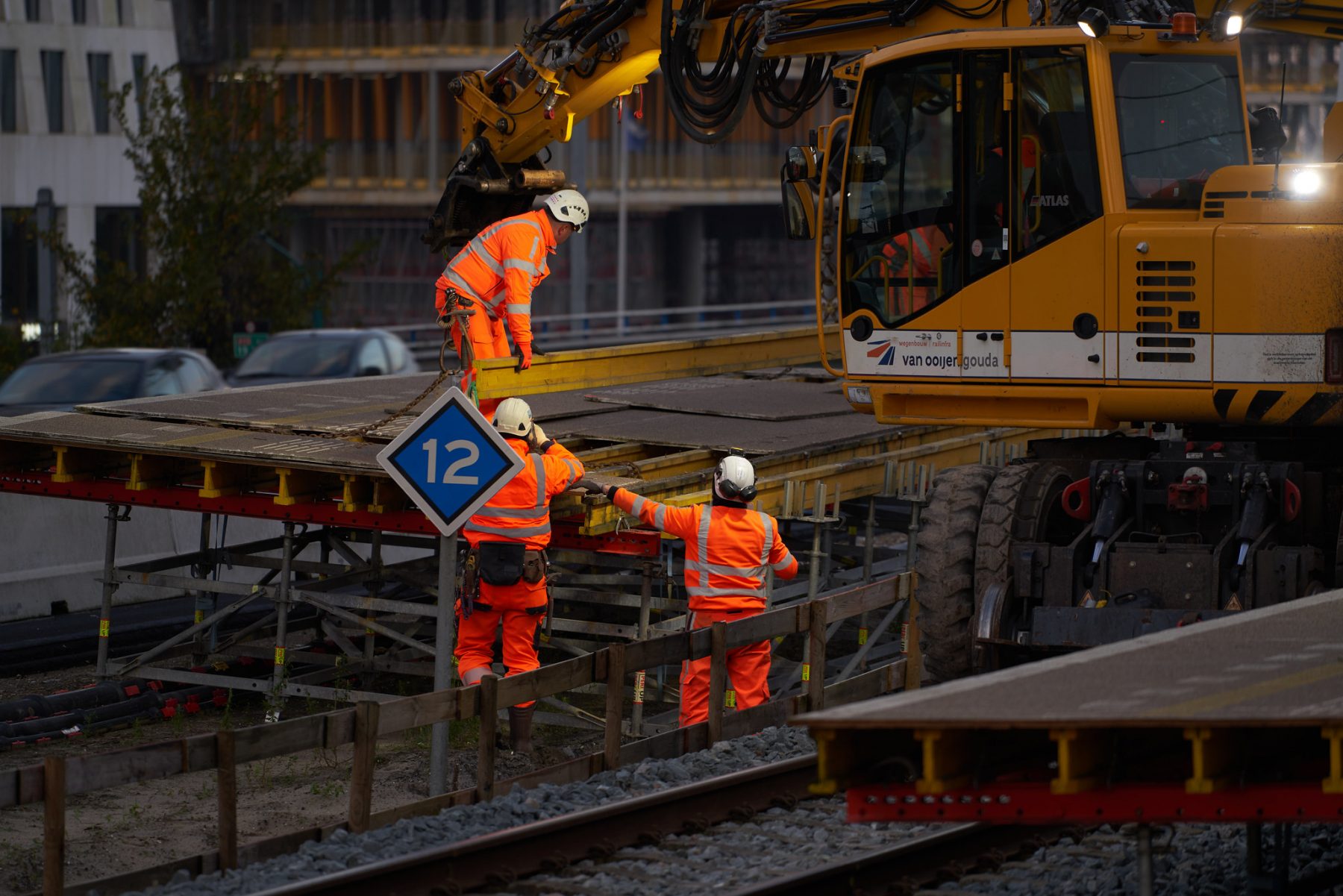 Marcel Steinbach
In certain places, the track itself needs to move 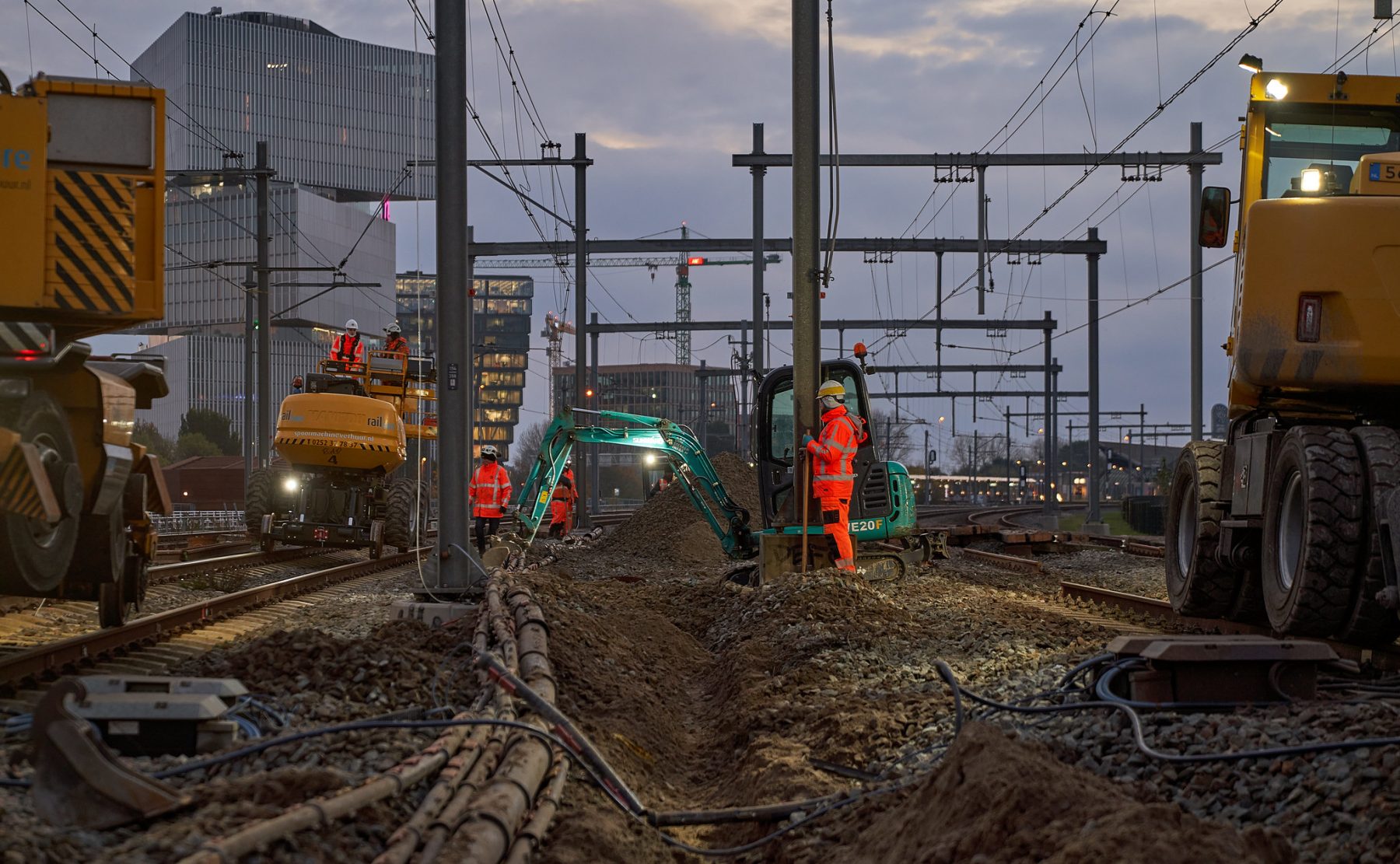 Within the space of two weeks, ProRail has positioned several new railway switches between Amstelveenseweg and Parnassusweg. The switches (also called points) will make it possible for increased train traffic via Amsterdam Zuid in the future. In certain cases, it was even necessary to move tracks on the west side of the station slightly, before using a tamping machine to straighten them up again.

The track is welded together again 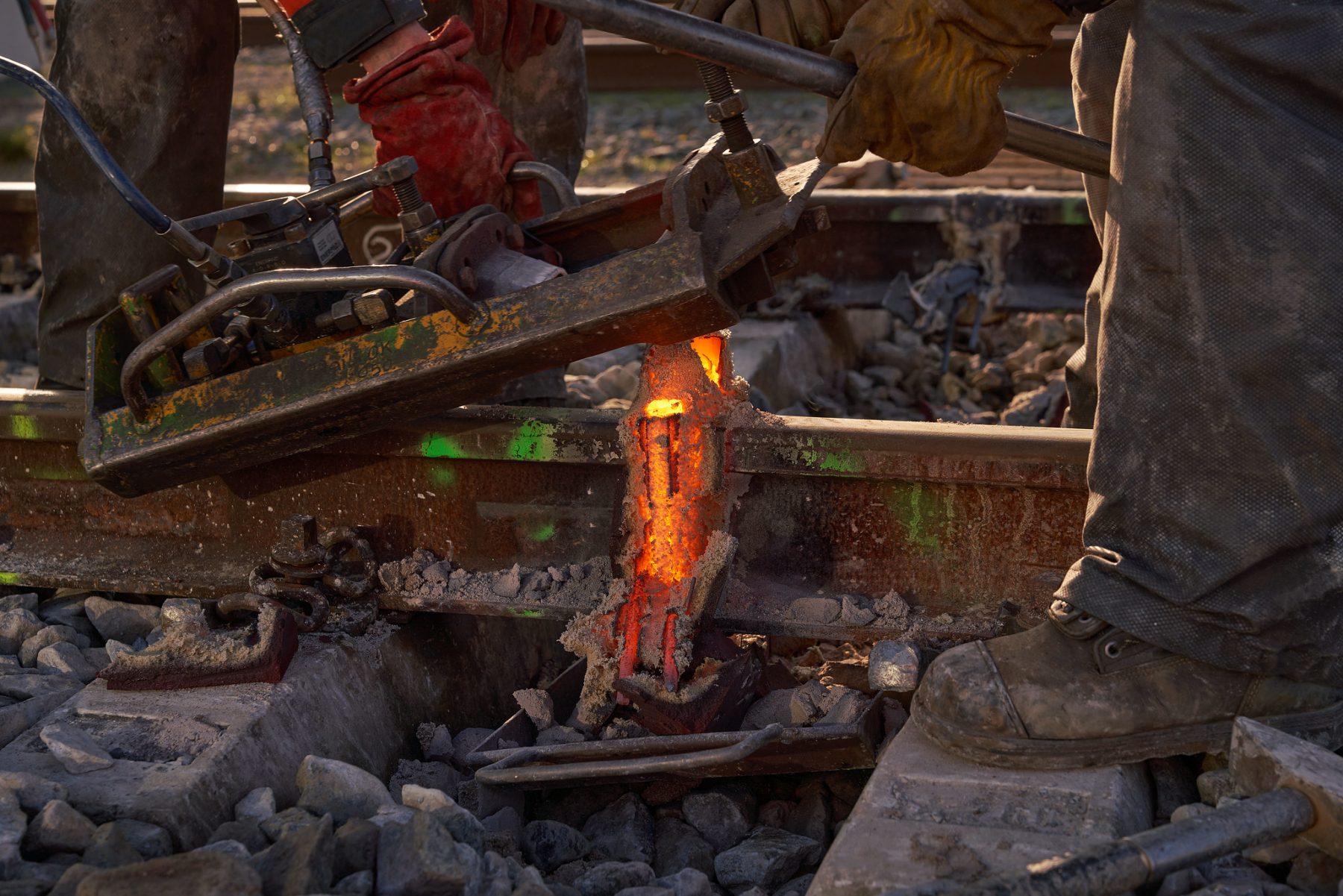 A reservoir to catch the surplus iron 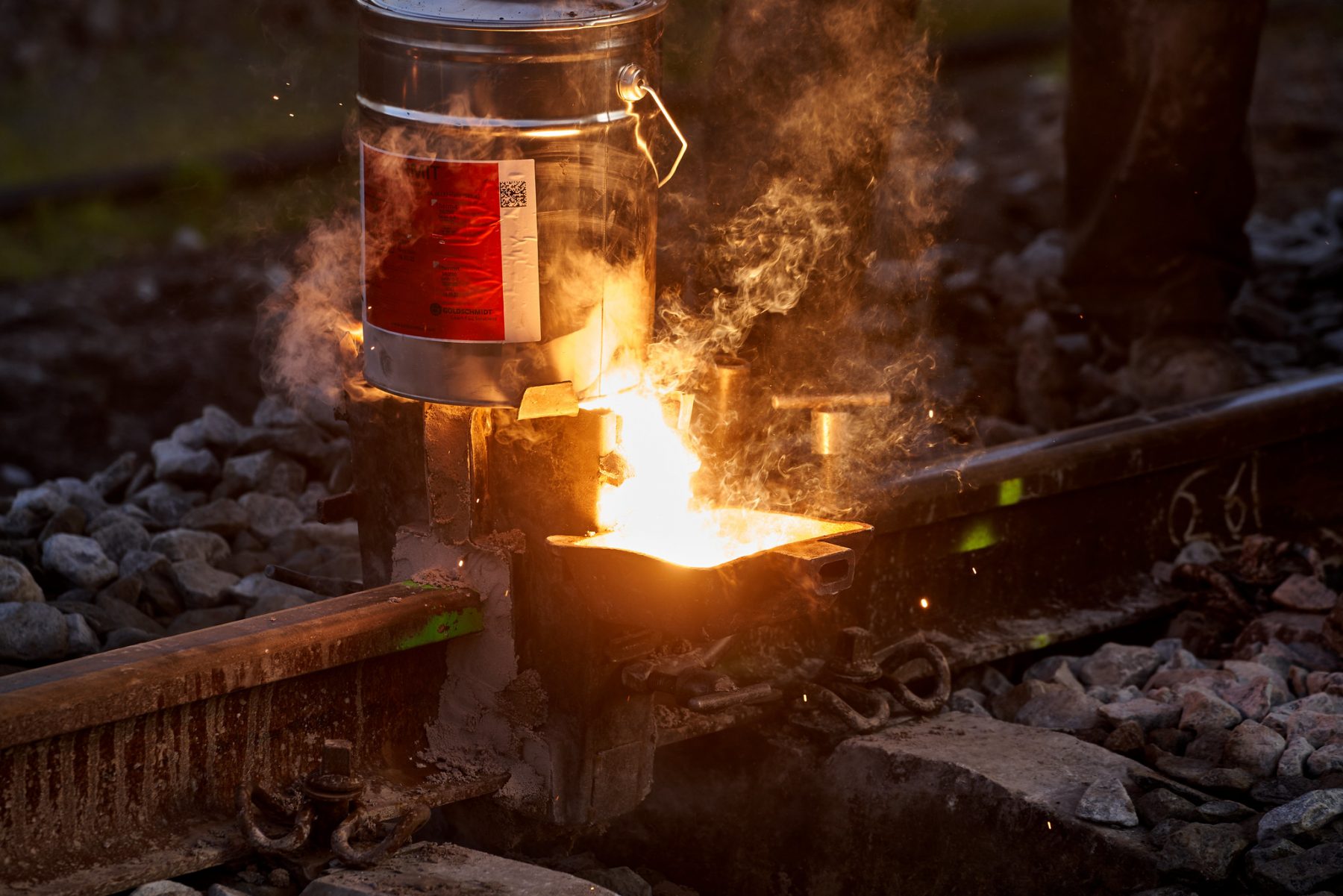 After welding, comes the smoothing 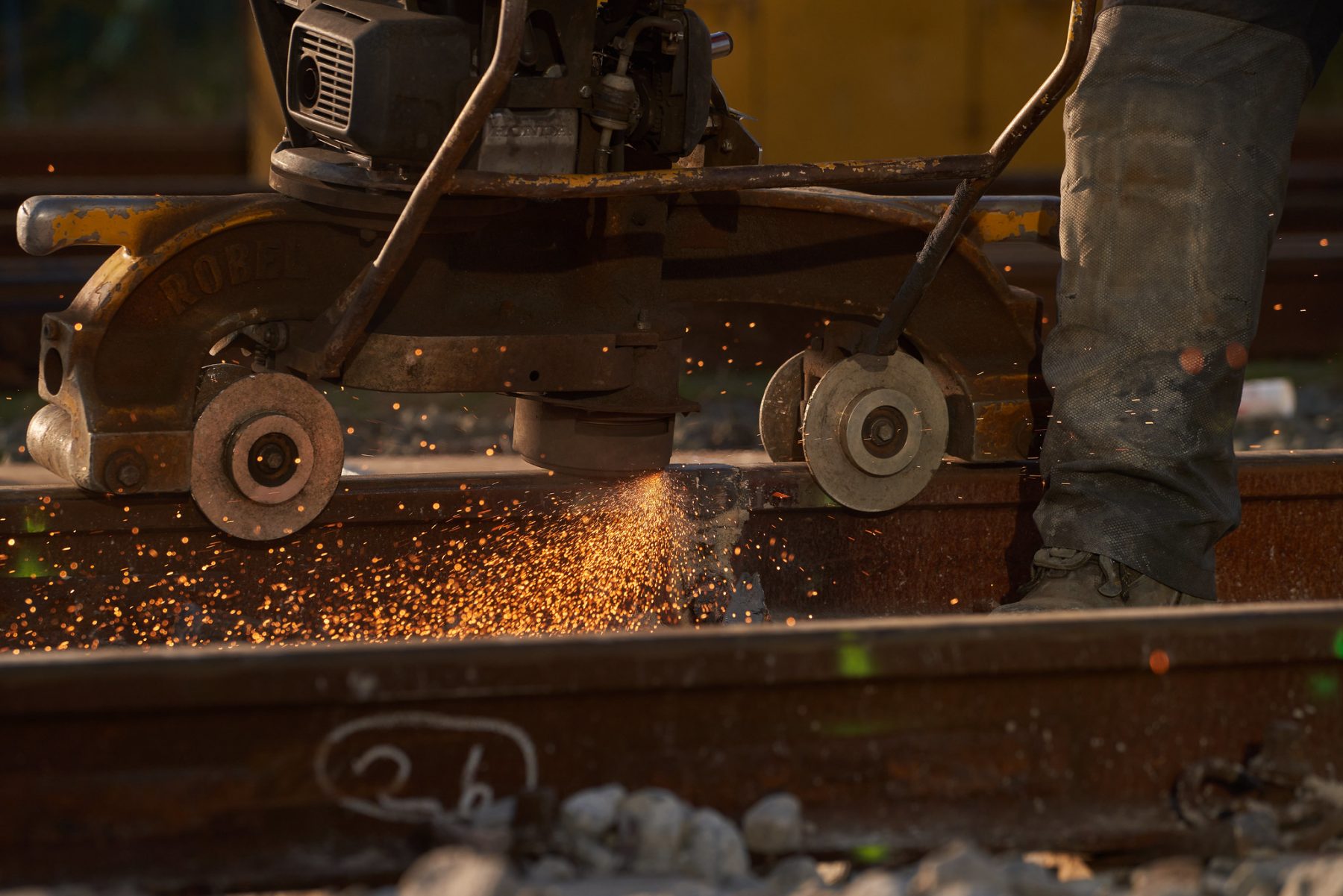 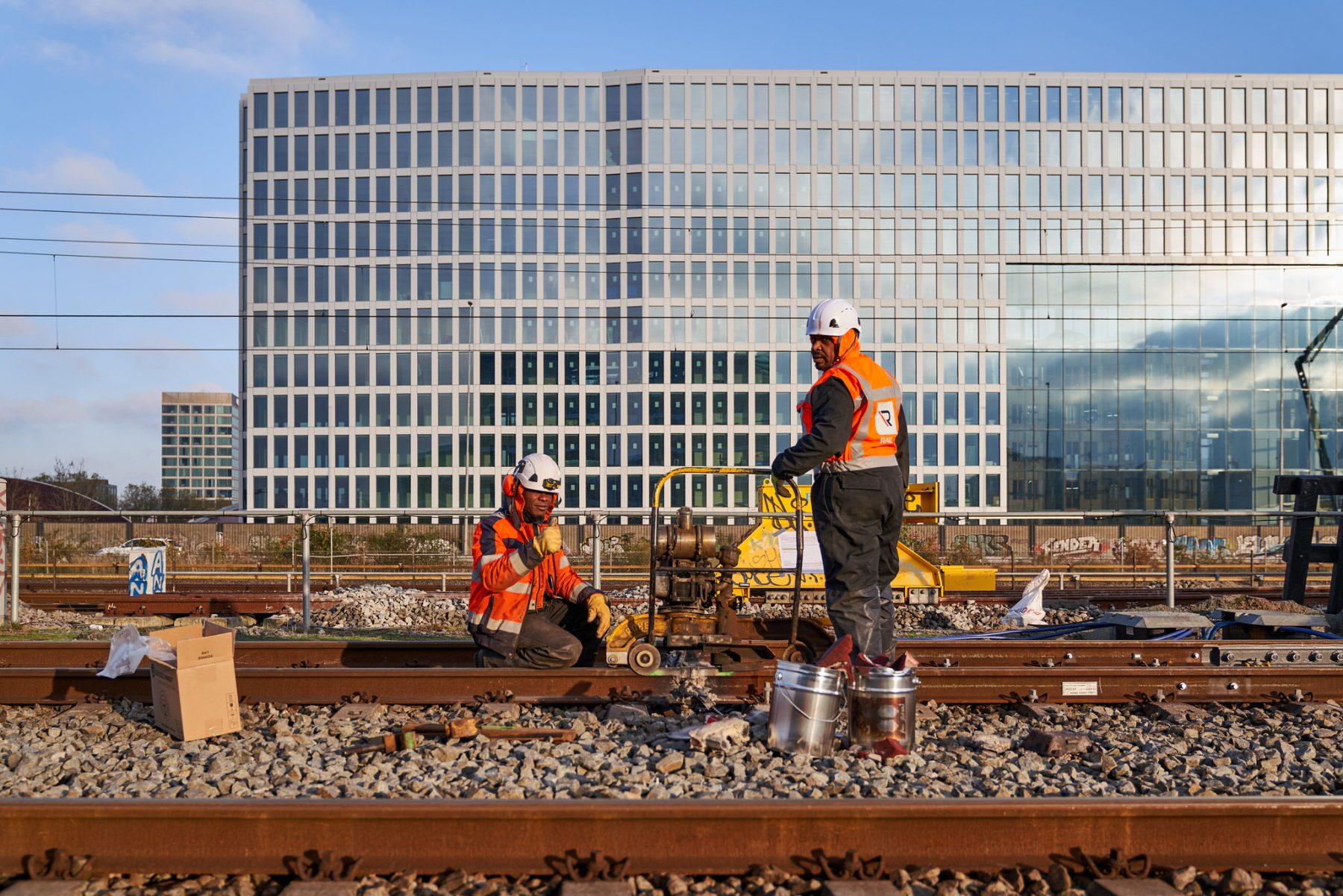 A tamping machine is brought to the track... 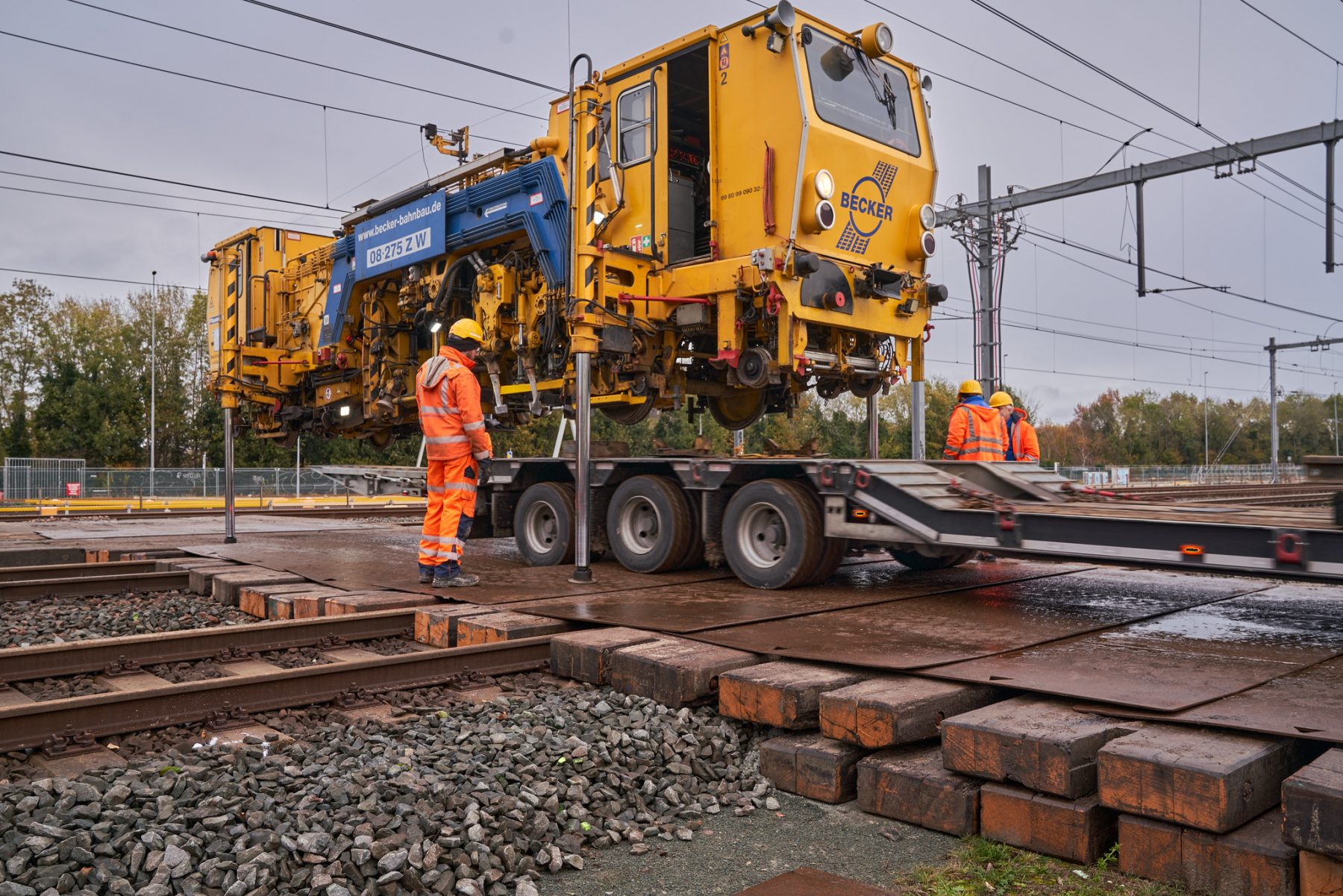 Marcel Steinbach
...and straightens the track up again 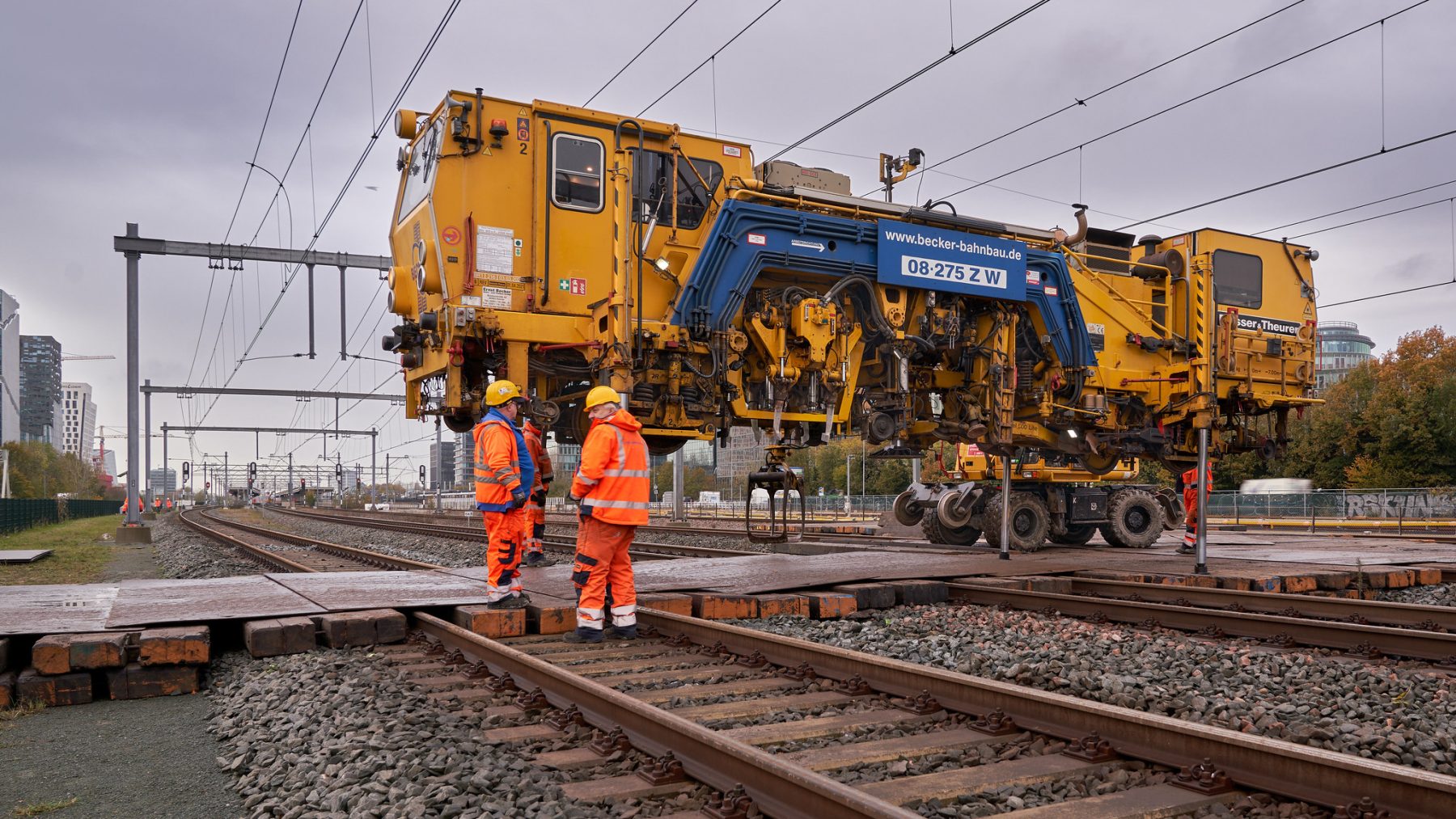 The regeneration of the De Nieuwe Meer interchange is part of the Zuidasdok project, one of the Netherlands’ largest infrastructure projects. Zuidasdok will improve accessibility for Zuidas and the northern part of the Randstad. We are renovating and increasing the size of Amsterdam Zuid station, diverting the A10 Zuid underground in the central area of Zuidas and widening the A10 Zuid in both directions from 4 to 6 lanes.