Amsterdam Zuid station will soon be expanded to include two new tracks and a new platform. This is in response to the substantial rise in the number of train passengers in the Amsterdam region. 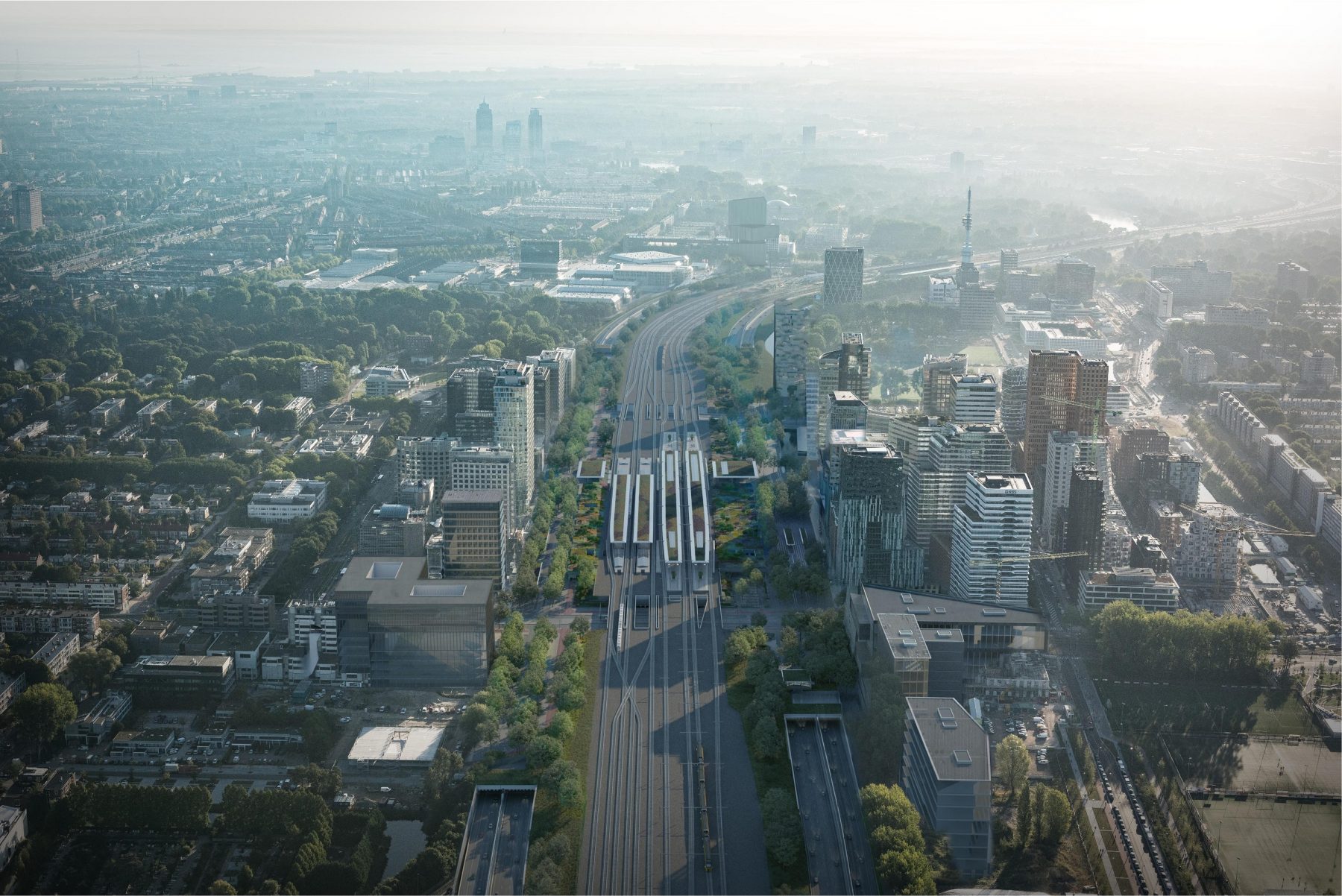 To ensure effective regulation of international rail traffic, Amsterdam Zuid station will require not only extra tracks and an extra platform on the south side, but also a turning facility (a track on which trains can turn around) to the east of the station, a service unit to provide cleaning and catering services to international trains and extra station facilities for international passengers.

Now the go-ahead has been given, the parties concerned have a great deal of issues to examine. For example, research must be conducted into the most efficient and effective way to realize this expansion, taking into account all pros and cons not only for the project, but also the surrounding area. For example, investigation will be conducted into how to make the design optimally compatible with the neighbourhood around it. This exploratory research will commence in 2018 and conclude in 2019. Investigation will then be conducted into whether the expansion project should be executed following the completion of Zuidasdok (2028) or whether it should be integrated into this project. Both the central and regional government have expressed their desire to complete the expansion of Amsterdam Zuid station before 2030.

Of course, the rail expansion did not come as a complete surprise. As far back as the early planning stages, the Zuidasdok project reserved space on the south side of the station, effectively barring any construction from being planned in this area. This development was also anticipated during the tendering process, as well as at the end of 2017 when the decision was made to make extra adjustments to the station in preparation for the construction of new tracks.