After an 11-day closure, motorists were once more driving on a fresh layer of asphalt across the A10 Zuid on the morning of Wednesday, 3 August 2022. There is no longer any sign that these major works even happened. A complex job has been completed with pride. 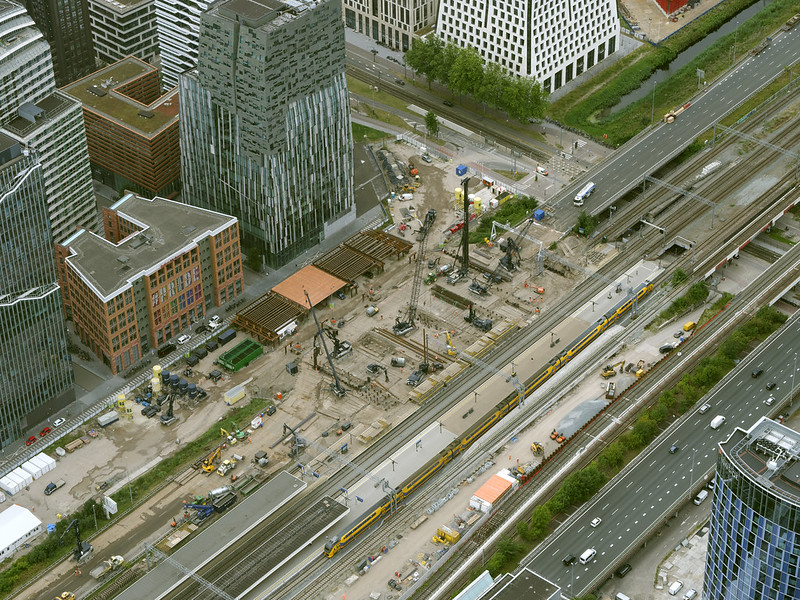 The A10 was cleared for reopening at 03:27. Less than half an hour later, the first, possibly unsuspecting, motorists were driving across a fresh layer of asphalt that had been laid less than 24 hours before. With railway tracks 1 and 2 back in their position, normal train services were also able to resume on Wednesday morning. 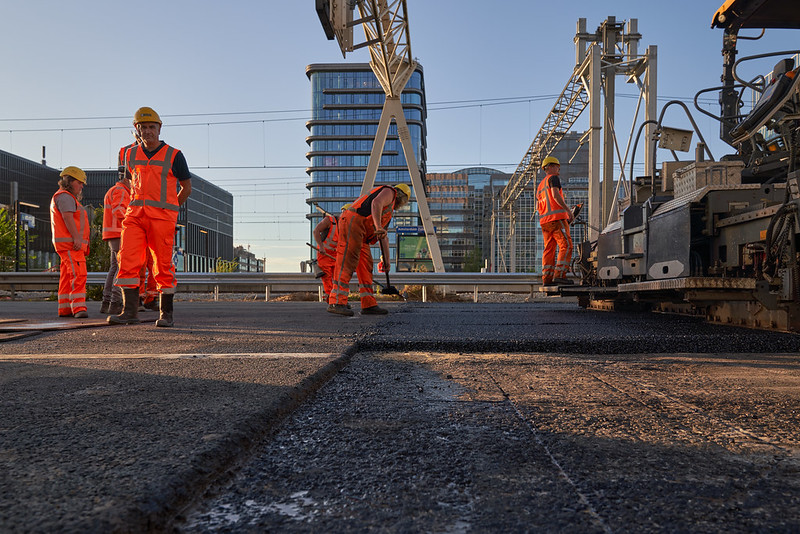 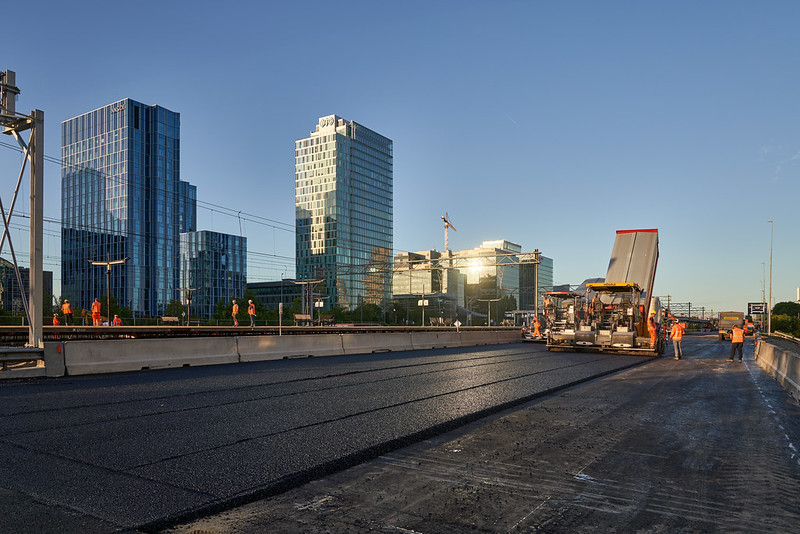 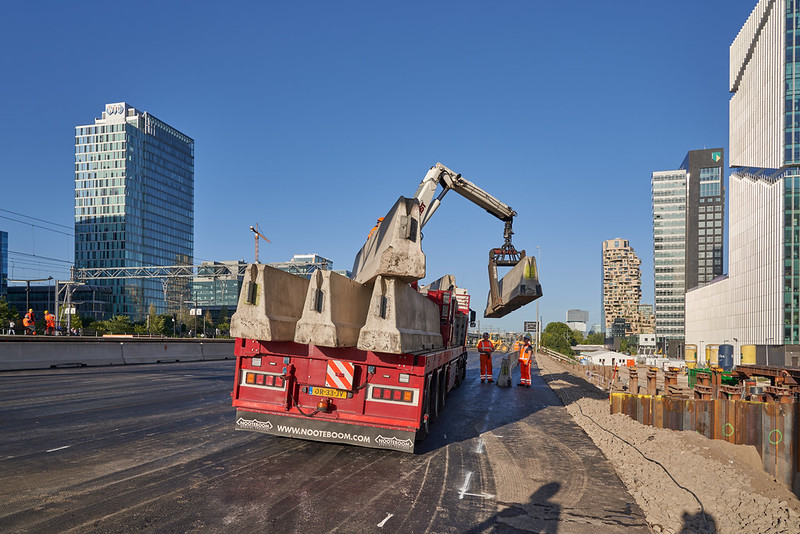 Putting the railway tracks back in place 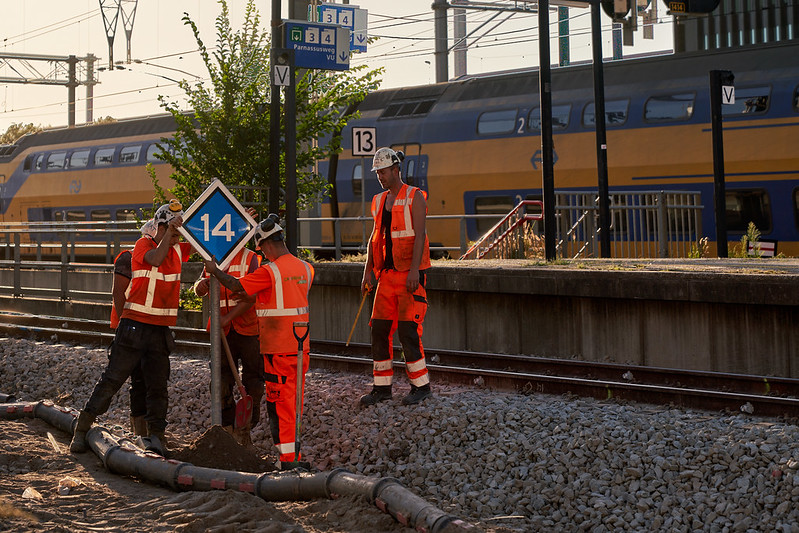 There was only limited disruption on the diversion routes. From the Badhoevedorp interchange, drivers were diverted via the A9 and the A5, leading to an extra journey time of around 30 minutes, when we had actually expected it to be an hour. It was only on Tuesday, 25 July that delays reached one hour as a result of a series of accidents. Fortunately, breakdown companies were on standby, rapidly solving any issues.

Eleven days without the A10 Zuid
Marcel Steinbach 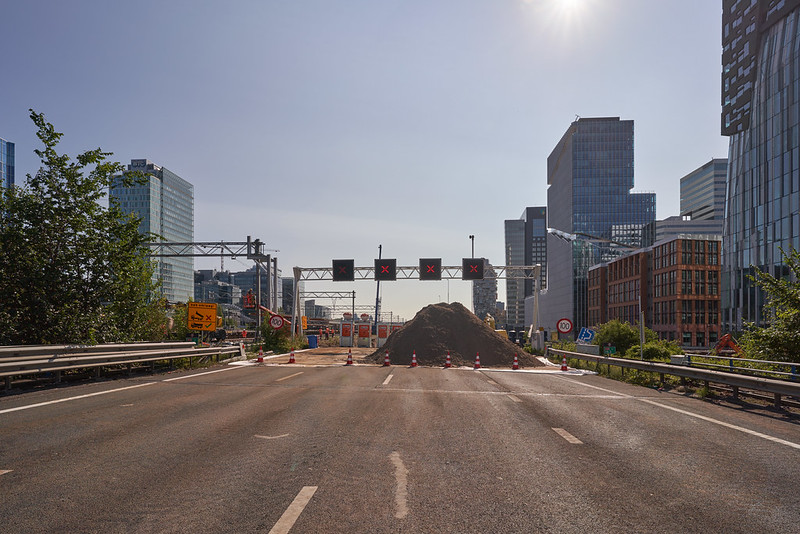 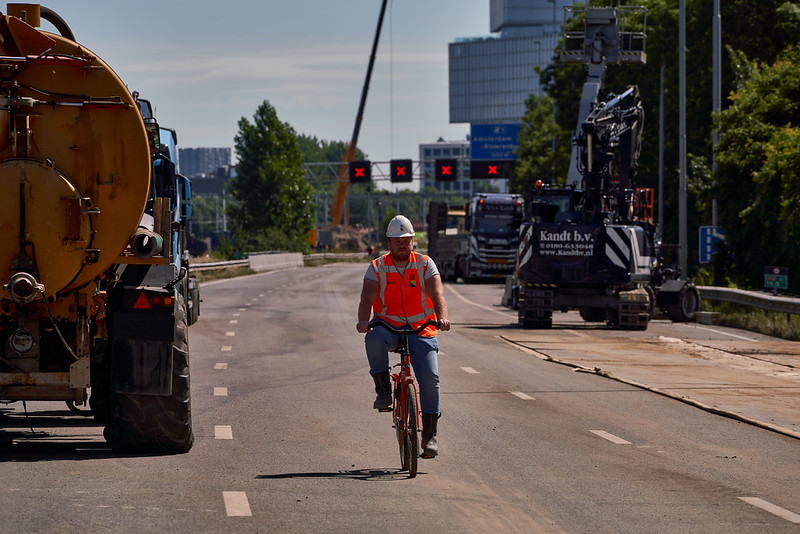 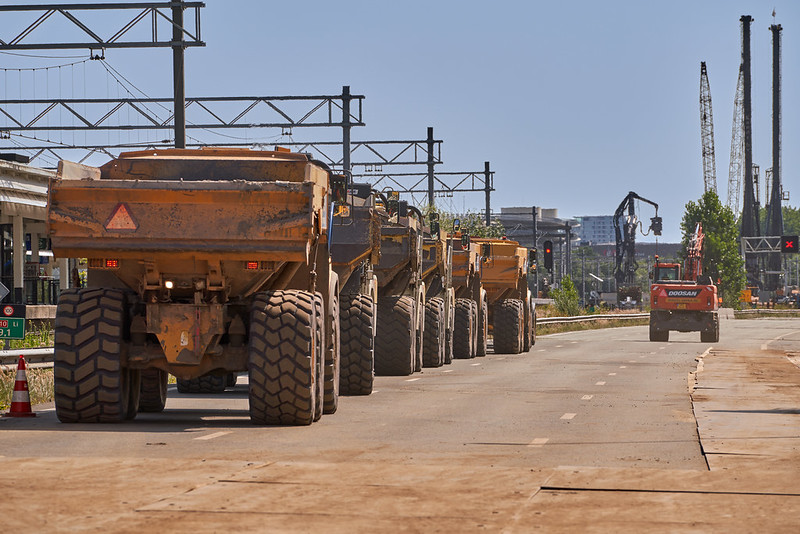 From 25 July until 3 August, this part of the A10, next to Amsterdam Zuid station, was one big building site. We removed the asphalt and took two railway tracks out of service. And all of this was achieved to make it possible to rapidly insert dozens of foundation piles, vibro-drive 80 sheet piles into the ground and build four gigantic abutments, as part of the new Brittenpassage. A mammoth task that involved quite a few challenges. 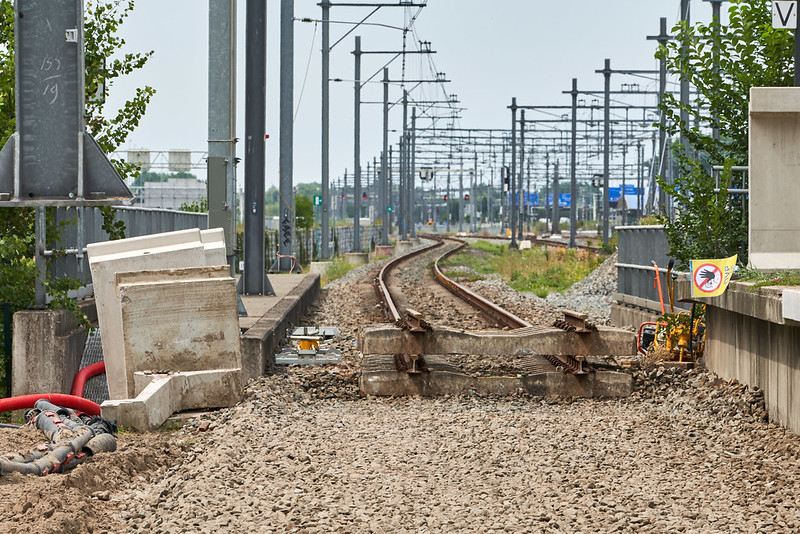 In the night of 22 July, we removed the asphalt 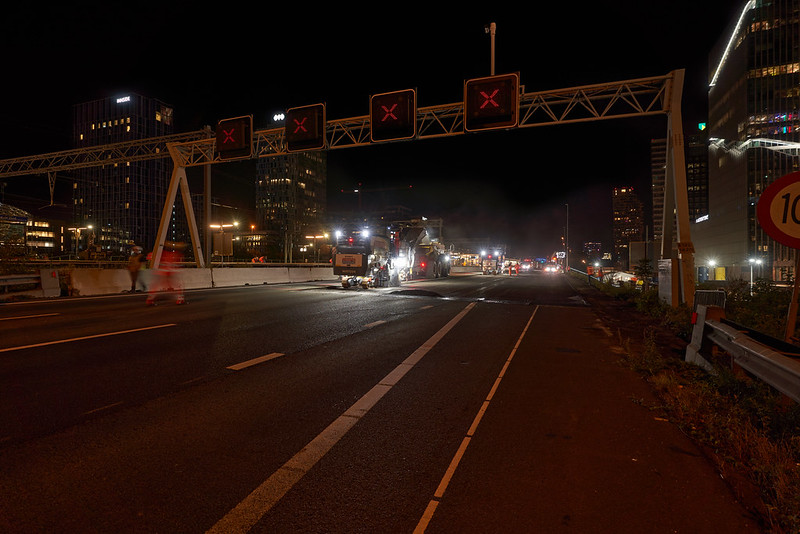 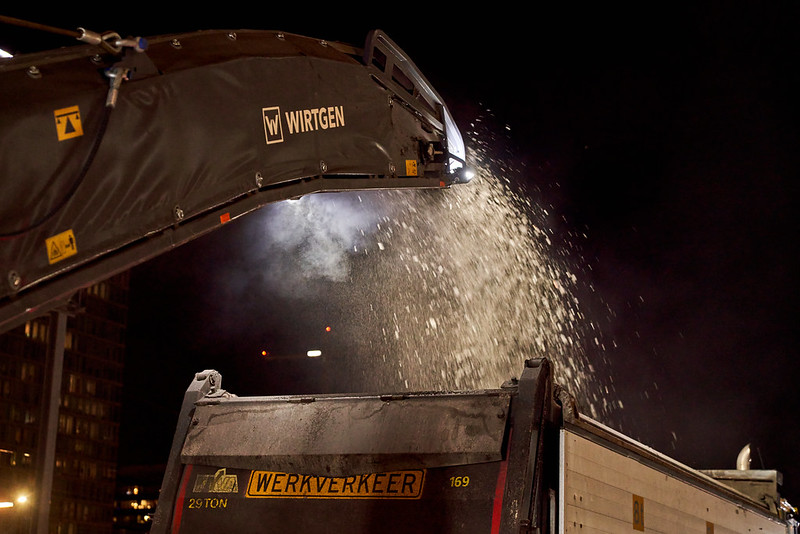 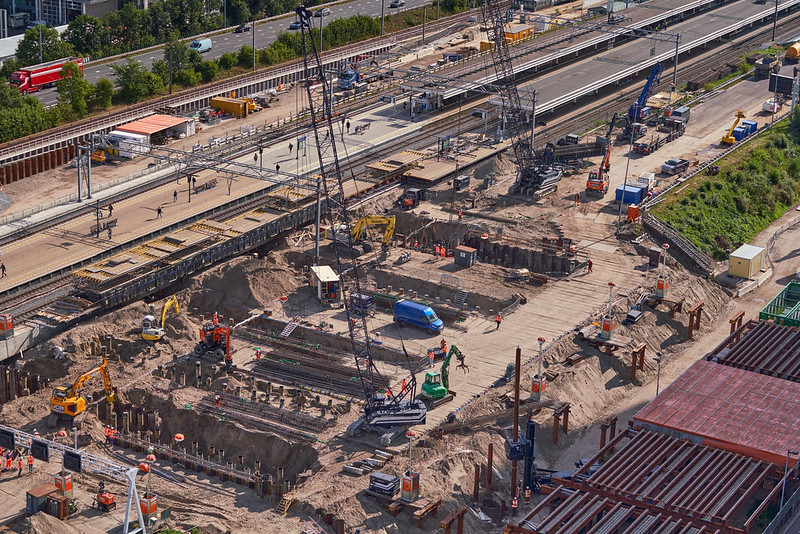 On Saturday, 23 July, the Nieuw Zuid construction consortium began pre-drilling the sheet piling and inserting the foundation piles. On Sunday, we began actually inserting the 80 box piles – a process that went more smoothly than expected and where there was only limited noise nuisance. In the days after that, we reinforced the foundation piles before burning them down to the right size and pouring in concrete. On top of these piles, we lifted up huge reinforcement cages (steel structures) later that week in order to fill them with concrete. These abutments will support the roof sections of the Brittenpassage. And that’s where the excitement started. 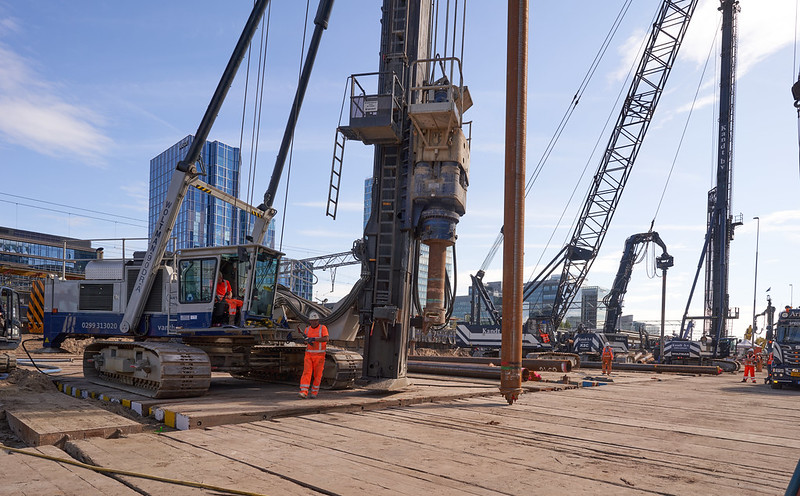 Reinforcement for the foundation piles 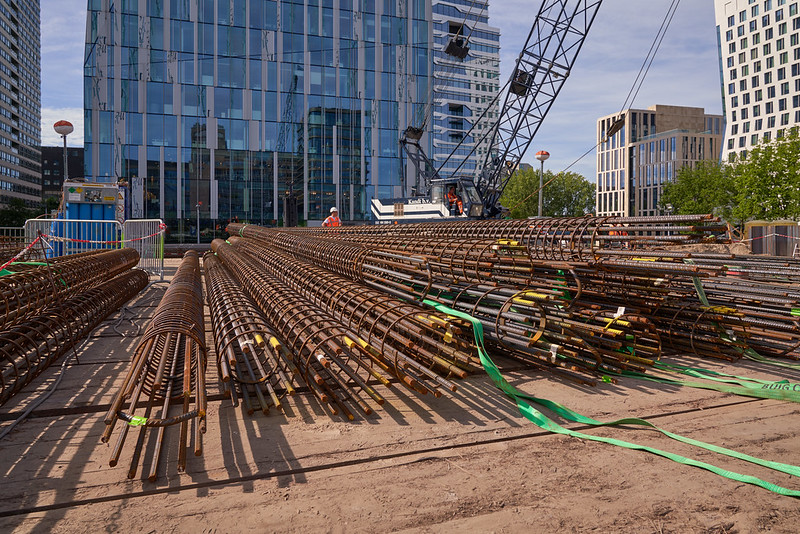 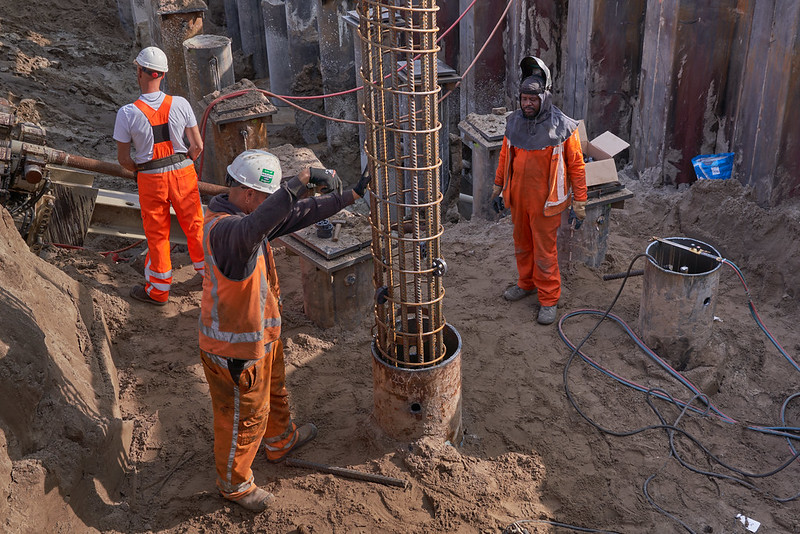 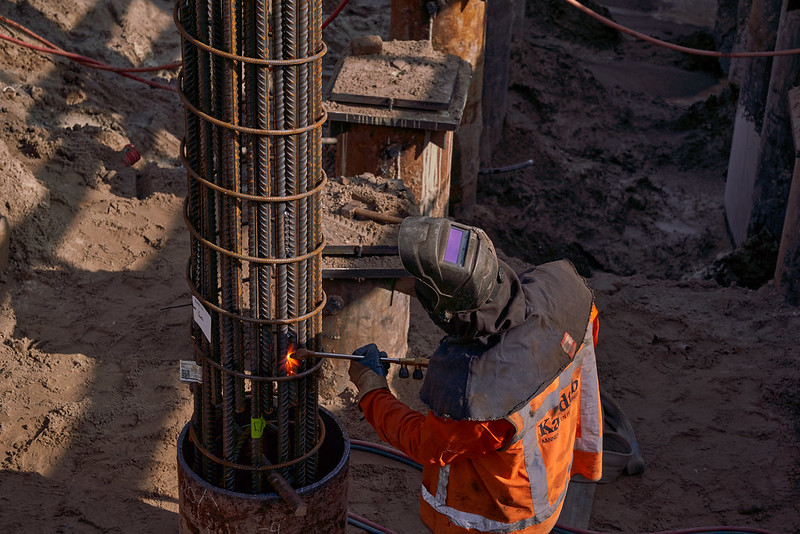 The reinforcement cage comes on top of the piles 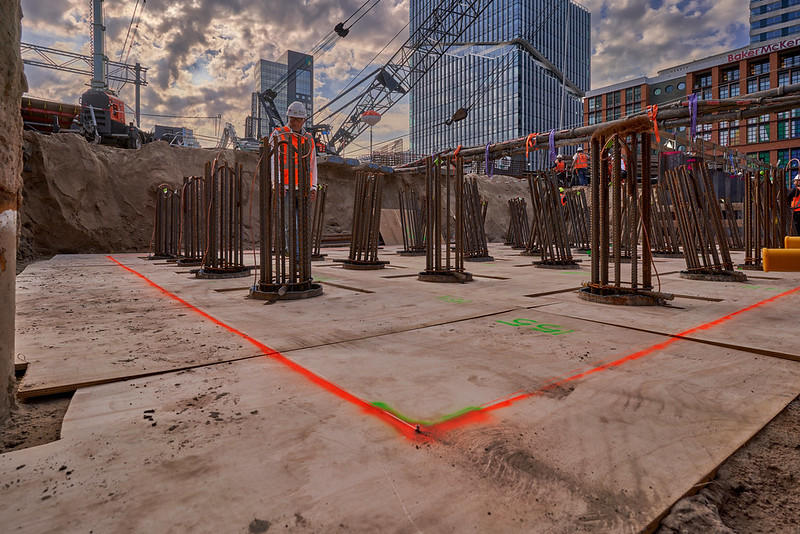 Midway through the week, it appeared that we were behind schedule. This was primarily caused by limited space on the construction site. There was a constant flow of workers, materials and machinery to be seen in this very limited area. Manoeuvring vehicles in situations like that is an art in itself. Minor hold-ups soon added up, leading to delays of several hours. Then there was the further issue of several key figures on the construction site falling ill with coronavirus. The finishing work on the abutments appeared to be under threat, but thanks to a new schedule and concerted efforts, it all proved possible in the end. On the morning of Monday, 2 August, we filled the fourth and final abutment with concrete. 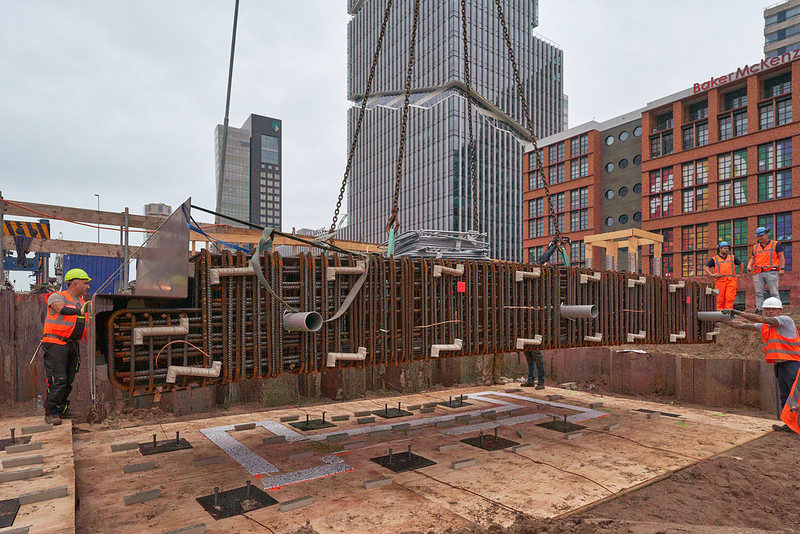 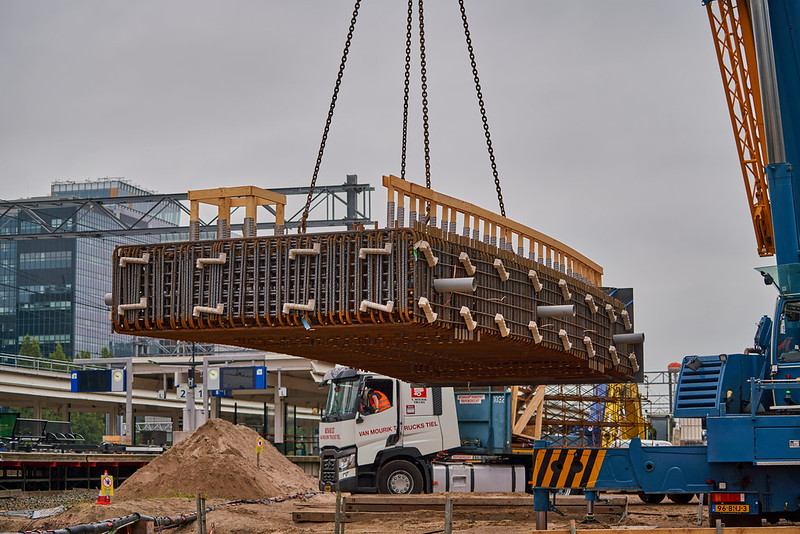 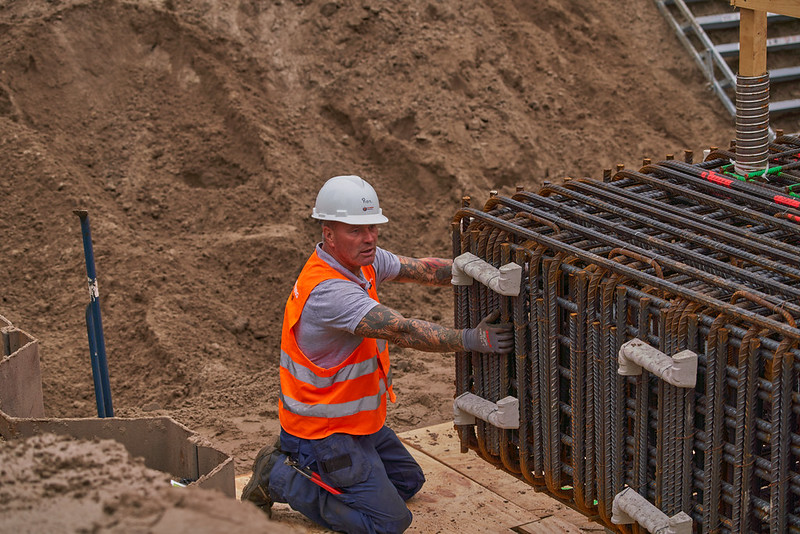 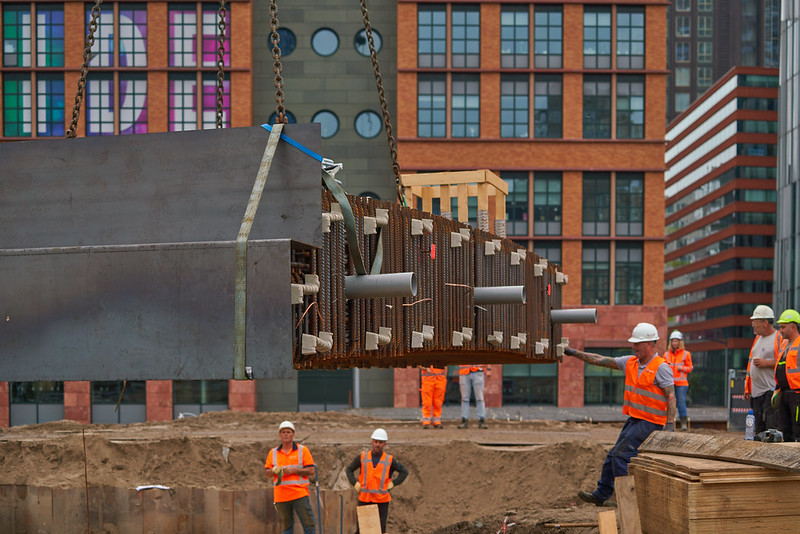 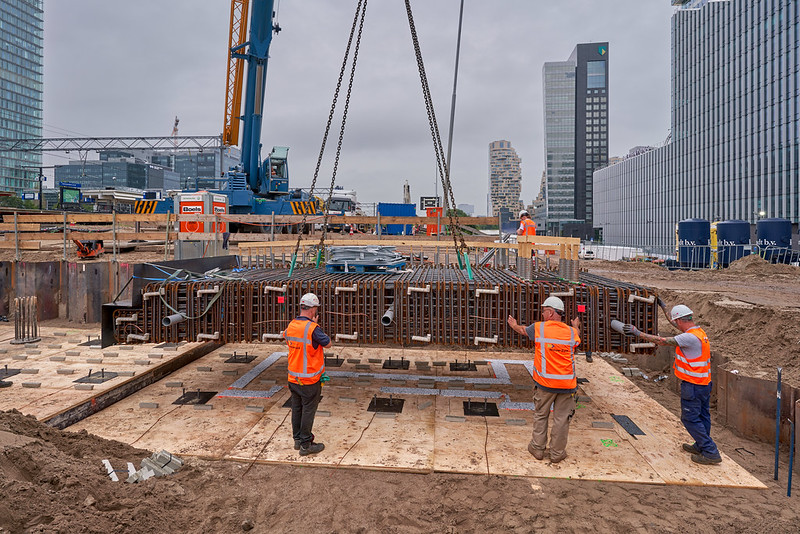 Putting it all back again

In the meantime, we were already putting the railway platform and tracks back into position. When the final abutment had hardened, we were able to start dismantling the final section of the construction site and lay a fresh layer of asphalt. On the webcam, the very first cars could be seen driving over it in the early morning. Not long after, the first trains also started to appear on the reinstated tracks.