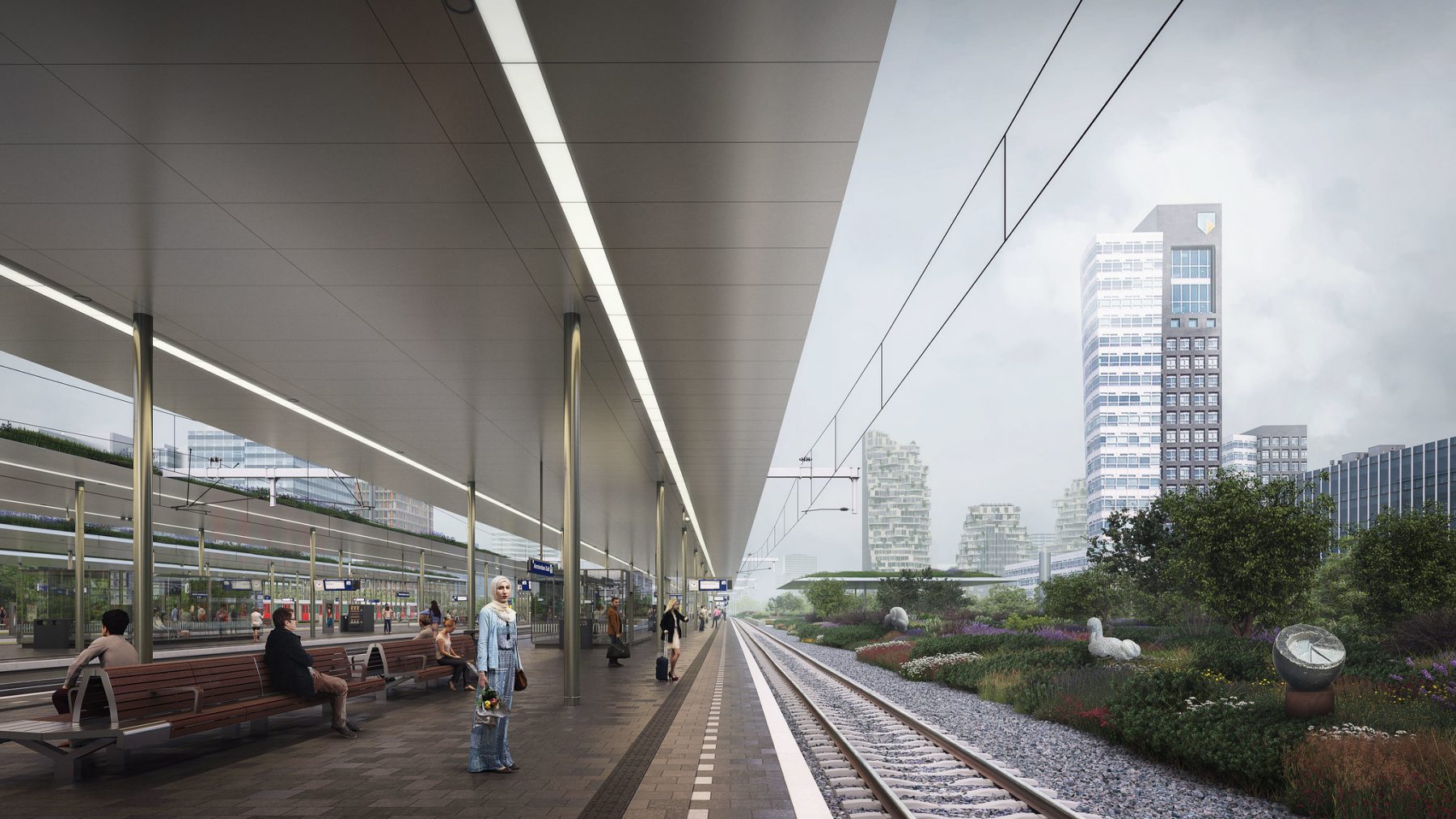 All PT under one roof

Amsterdam Zuid station is the fastest growing station of the Netherlands and is well on its way of becoming the second largest station of Amsterdam. To absorb the present and increasing number of passengers, we are expanding the station. For the time being, the station is still sandwiched between the lanes of the A10 South motorway, but shortly, space will be created when it is tunnelled. 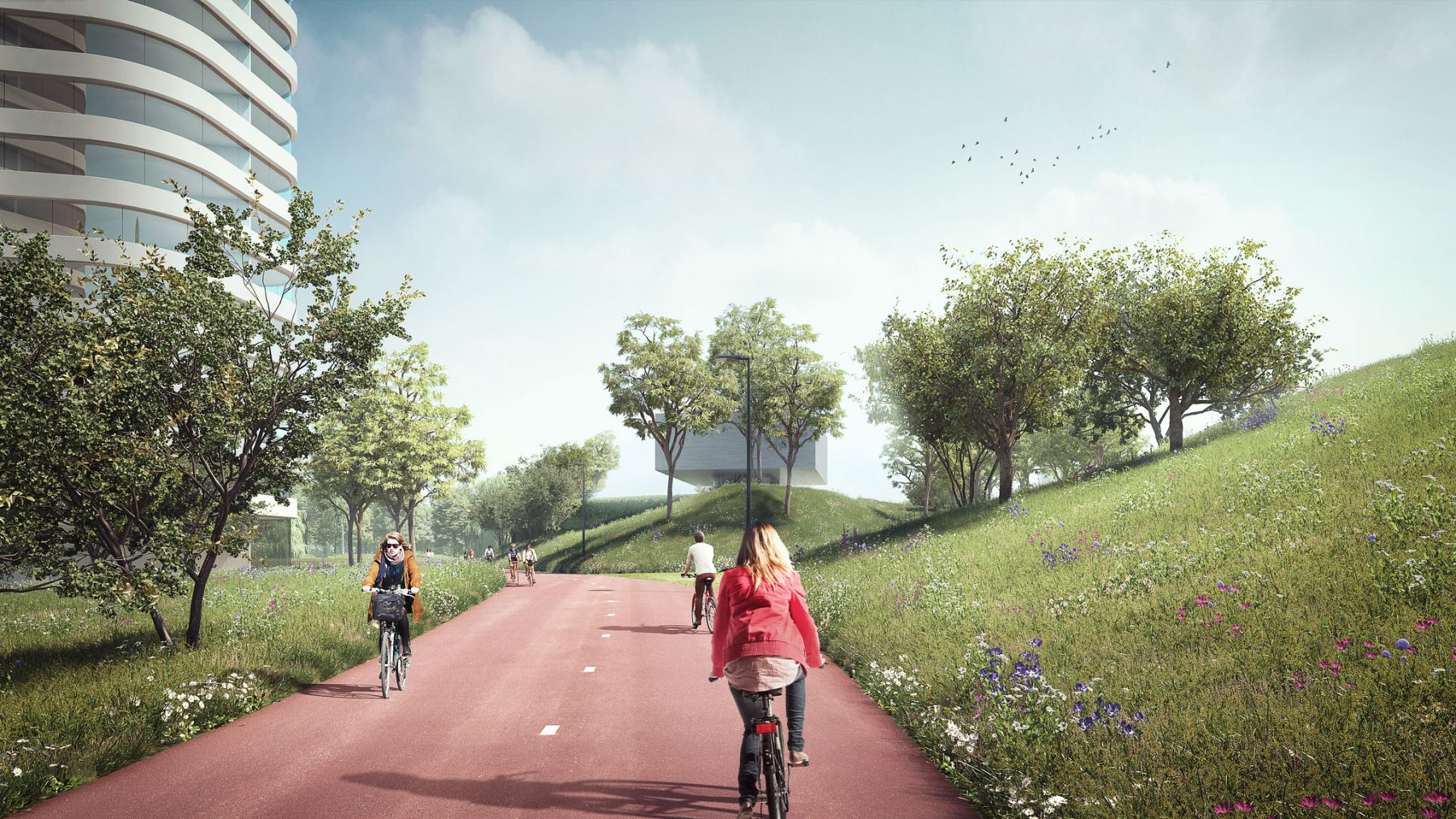 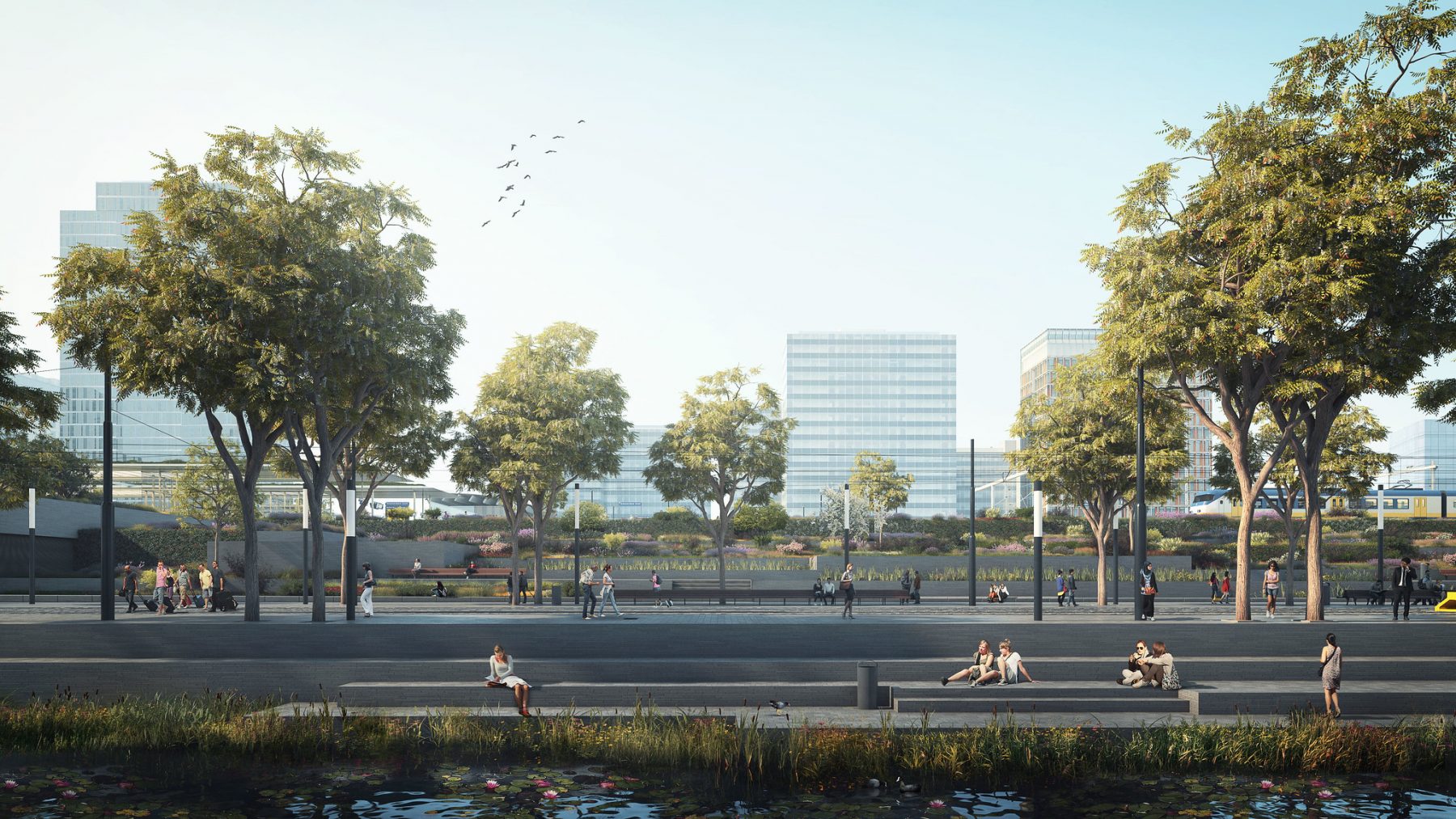 A high-quality transport junction where train, metro, and bus come together – that is the prospect for the Amsterdam Zuid station. All the public transport will soon be at a short distance of each other. This paves the way for a fast and comfortable change for passengers. The metros of the North/South line and the trams of the Amstel line will have their starting and terminal point here. In addition to the regular trains, in the future high-speed trains may also call at the station. On the south side of the Amsterdam Zuid station, space was reserved for an extra platform and a 5th and 6th track.

Soon, the tram and bus stops, the taxis and the kiss & ride zone where passengers are picked up and dropped off will be just outside the station. We are widening the present station entrance, the Minervapassage, and a second entrance will be added: the Brittenpassage. The station area will have a wide range of shops and facilities.

By tunnelling the A10 South motorway in the heart of Zuidas, no less than 120,000 m2 of space is freed up, comparable to 24 football pitches. The public space surrounding the station will have a new layout with squares and walking and cycling routes. There will be ample attention for green areas. The tunnelling of the motorway improves the air quality in the centre area of Zuidas and results in less noise pollution. 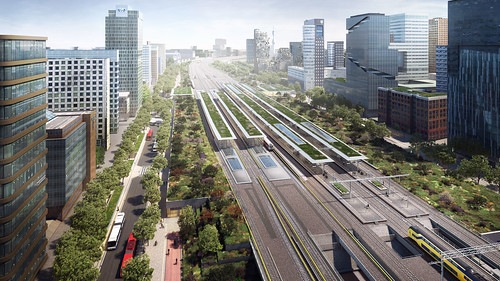 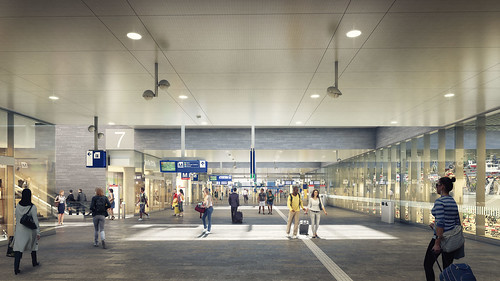 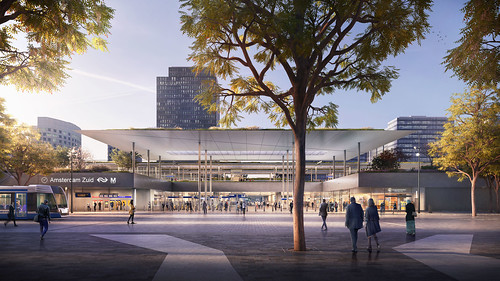 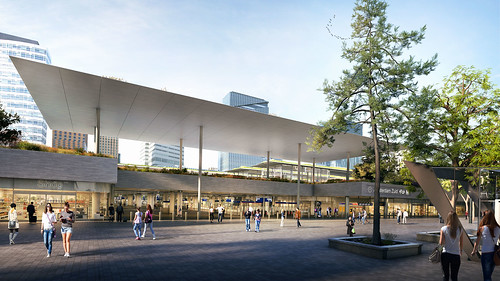 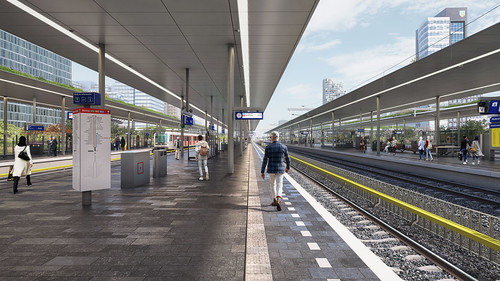 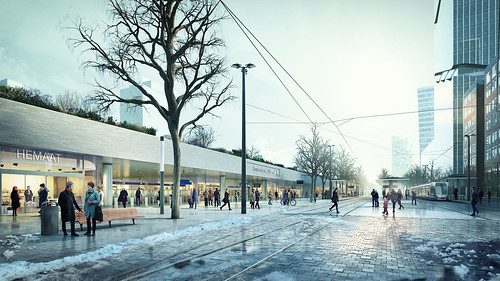 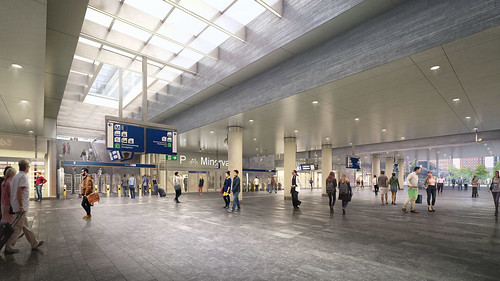 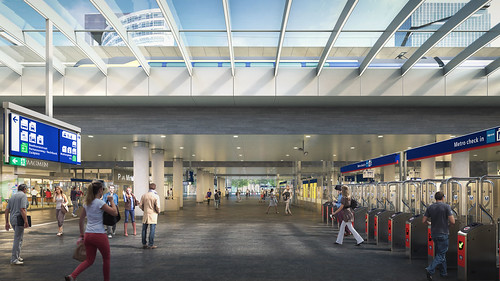 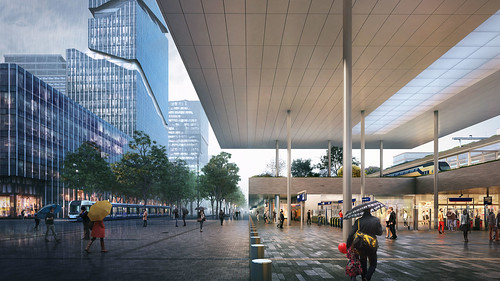 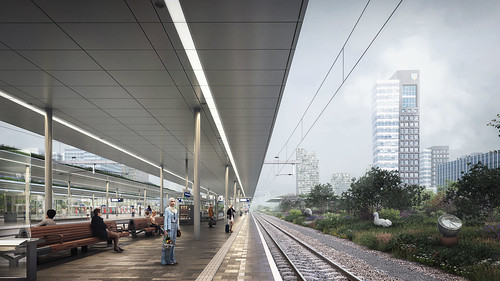 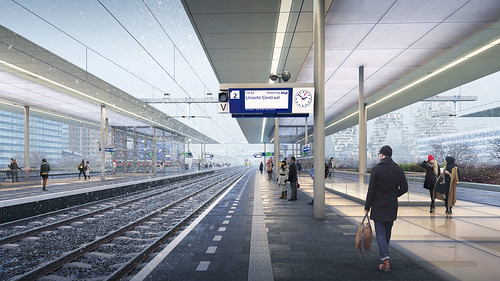 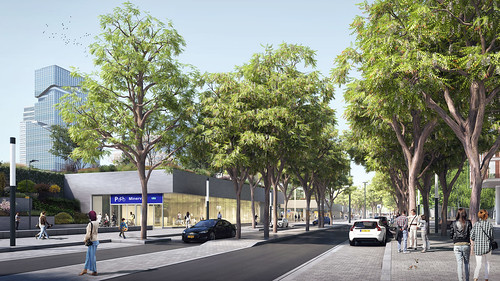 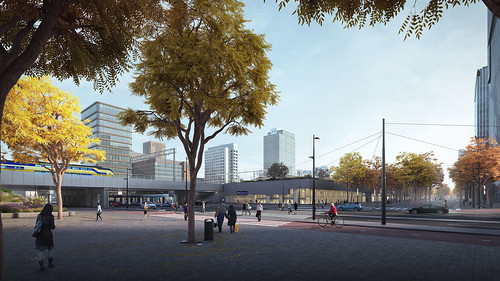 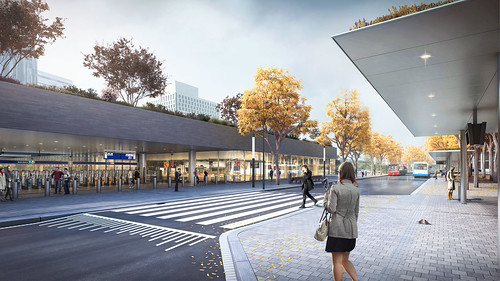 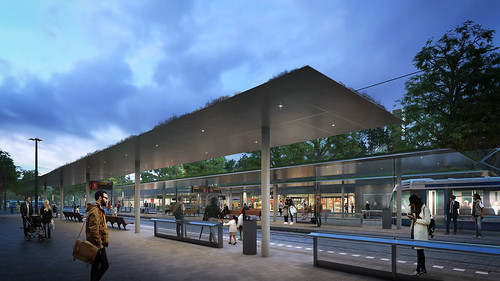 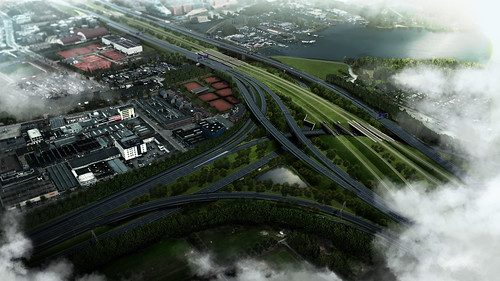 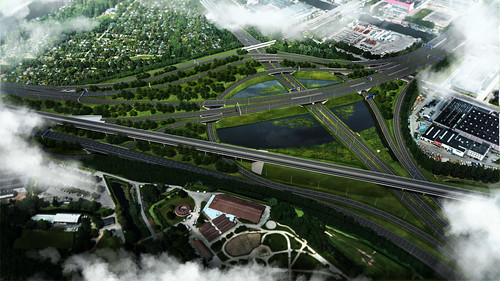 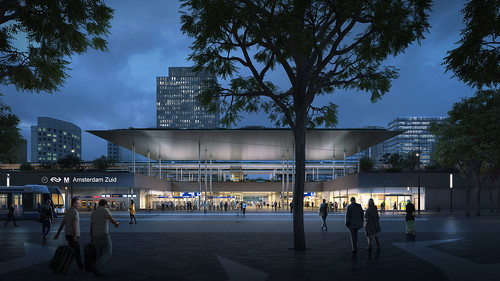 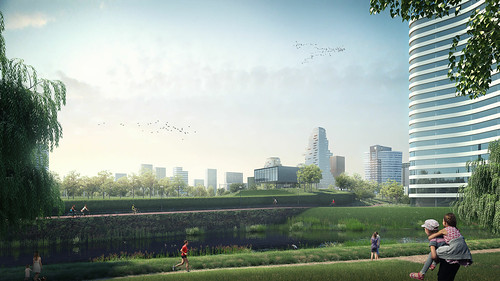 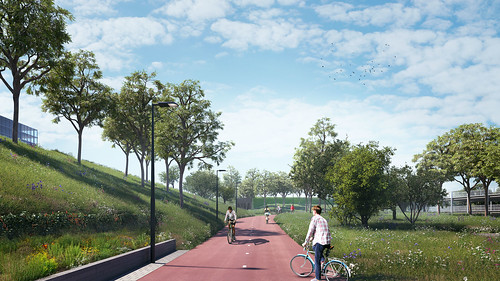 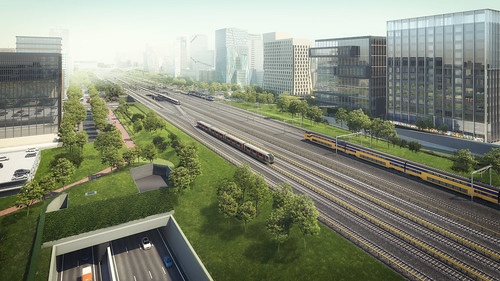 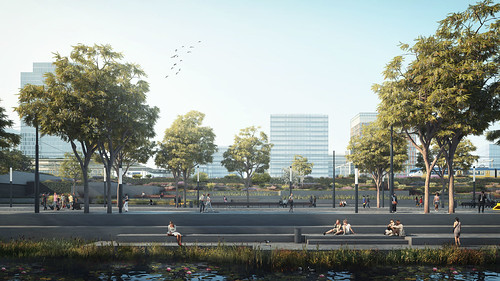 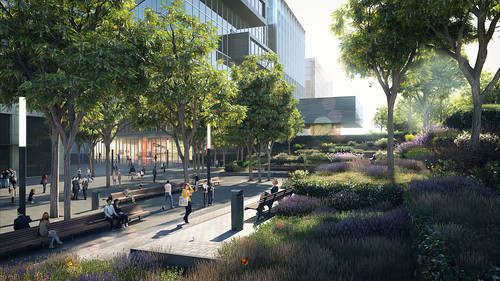 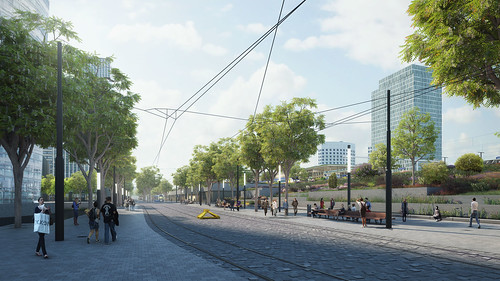 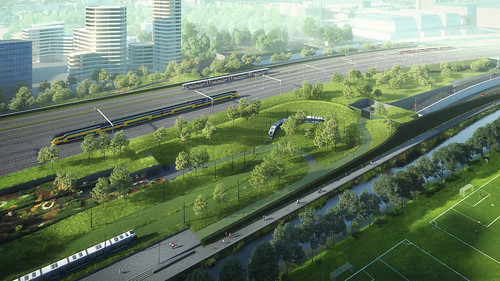