Gyms and sports facilities are enthusiastically opening their doors again after a long period of closure. There are quite a few of them in Zuidas, but so far, they are not as busy as they could be, so they are looking for creative ways to get people who live or work locally moving again. 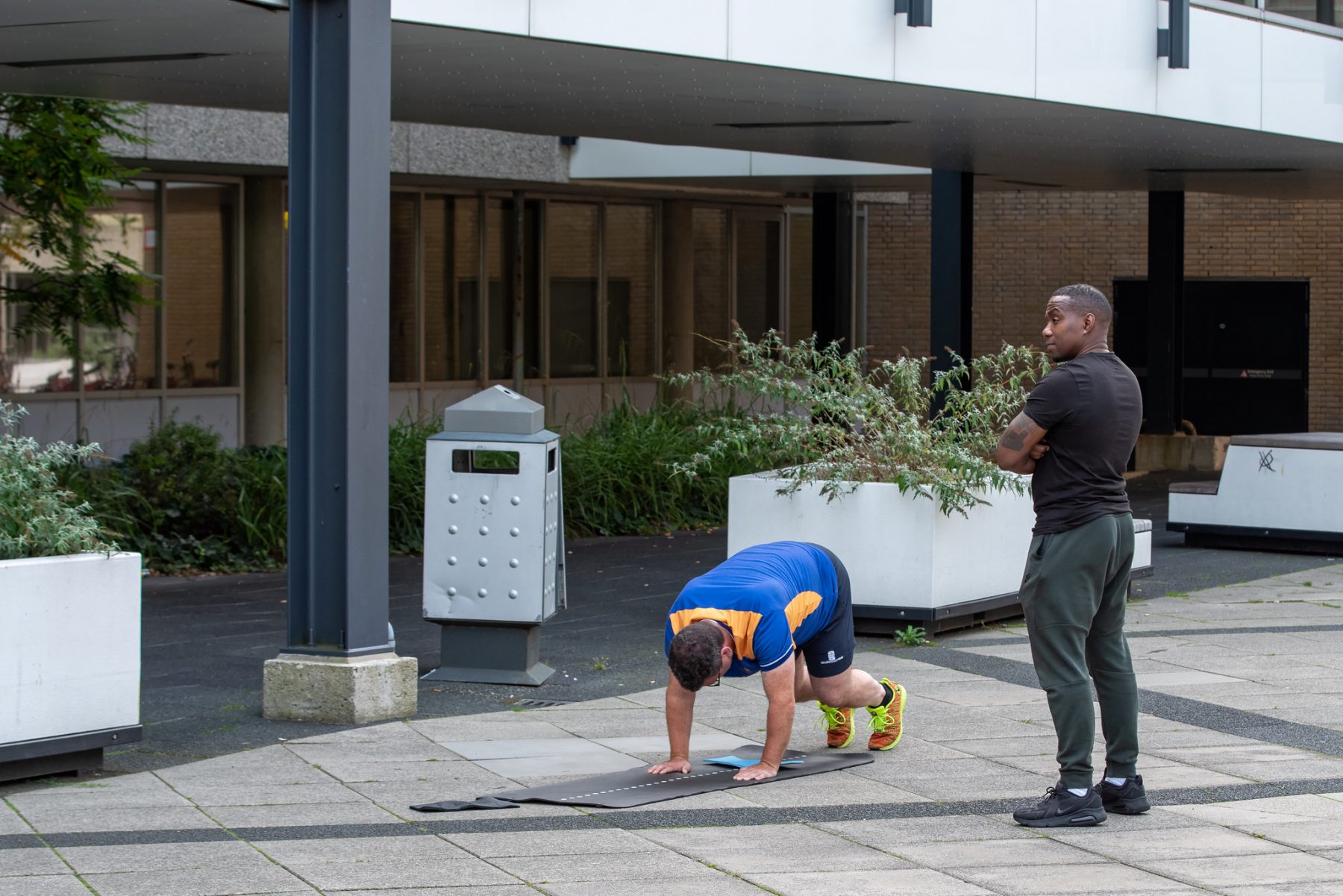 You might have thought that after the lockdown, people would be flocking back to the gyms en masse. But actually, it is remarkably quiet in the sports facilities in Zuidas – especially the gyms. ‘Of course we hoped that our members would come rushing back, but so far that’s not what we’re seeing’, says Leron Keurentjes, manager of Clubsportive. The gym has made many deals with companies in Zuidas, so that their staff can work out for an attractive rate. ‘But those people have all switched to working from home, of course, and that will remain the case for a while. So we’ve lost quite a few members.’

Except for those daily walks, it seems as if people exercised less during the lockdown. ‘Collectively, we’ve put on millions of extra kilos’, said acting Prime Minister Rutte at a recent press conference. But is that really the case? The figures vary quite a lot: research agency Ipsos calculated in January that a quarter of Dutch people had gained weight during the pandemic: an average of about 5.6 kilos. But the Nutrition Centre later adjusted that figure downwards to an average gain of 2.8 kilos. That is still quite a lot, though, and all the more reason for Keurentjes to find creative ways to get people back into the gym. For example, Clubsportive is now also targeting Zuidas residents. ‘We have a lot of contact with people who live locally, especially in the large apartment complexes. For example, we recently left goodie bags outside people’s doors in buildings such as The Gustav, containing some nice products items and special offers for residents.’ 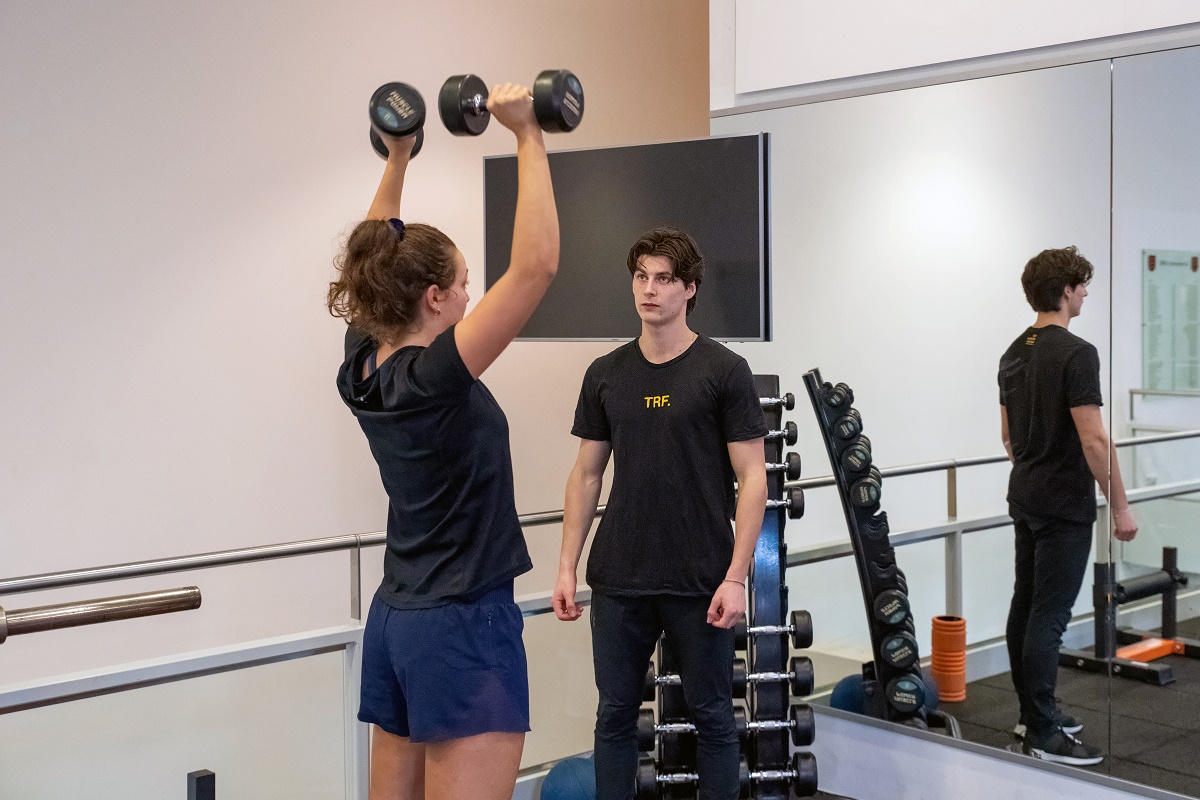 At the Vondelgym Zuid things are also less busy than they were. ‘But the people who have come back are really going for it. A lot of them are coming to work out six days in a row’, says Marije Boomsma, media and events manager at the gym. ‘That’s not really the best approach’, she adds right away. ‘We’re noticing that a lot of people need to work on improving their fitness again. Personally, I felt wiped out after my first workout, and I’ve heard stories from a lot of members about muscle pain and stiffness lasting a few days.’ But the Vondelgym has come up with a solution for that: the gym is distributing videos on social media channels with tips on how to start exercising sensibly again.

One sports facility in Zuidas that was allowed to stay open during the lockdown was Peakz Padel Club. That was because outdoor sport with just two people was still permitted. However, not many rounds were played because the best way to play padel is actually two against two. ‘As soon as that was possible again in March, the courts suddenly got about ten times busier’, says Maurits Wintermans of Peakz Padel. His club also relies on local companies based at Zuidas, and many of their employees are still working at home. But Wintermans actually sees an opportunity in this. ‘Many companies want to do something about their employee’s vitality right now.’ So Wintermans is approaching those companies with some special deals. ‘For example, they can rent a court at a set time every week for a period of three months or six months, so that their employees can come and play together. We’re also organizing a major tournament for the employees of Cushman & Wakefield, spread over several days. People are really enjoying meeting up again after such a long time, and working out together is certainly a part of that.’ 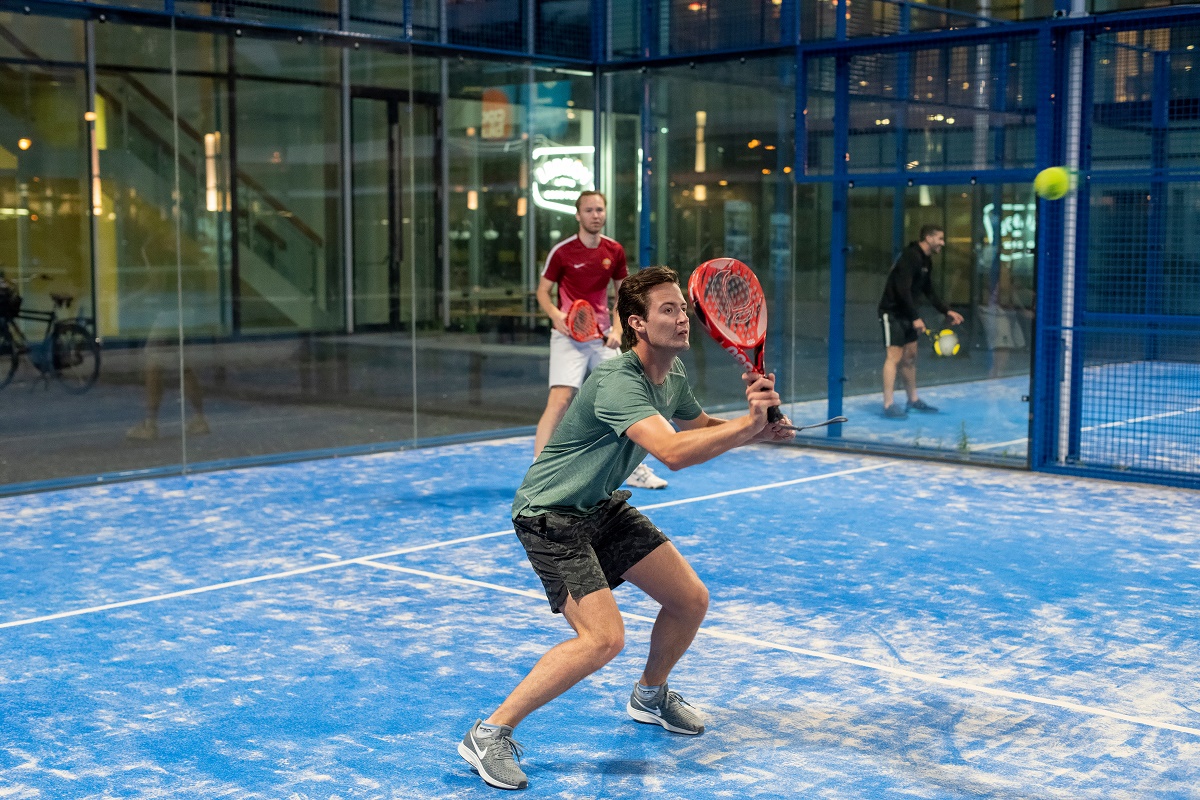 But it seems that not every sports facility in Zuidas is having to make an effort to get people exercising again. According to Rocycle Zuidas, their waiting list has never been fuller. ‘Whenever we add new lessons online, people snap them up in no time and we’re always fully booked’, says marketing manager Marte van Goudzwaard. It seems that Rocycle is extremely popular, but what is it exactly? ‘It’s a full-body workout. You spend most of the class on your bike and doing exercises like push ups. And you do it all in a darkened studio with mirrors and candlelight, to loud music. We call it a party on the bike.’

It took longer than was planned, but the green landscaping work started in Rosy Wertheimstraat in the week of 18 October 2021. This followed discussions with local residents who were given an opportunity to say how they wanted their street to be landscaped.
wonen-en
October 19, 2021

In the new courthouse at Parnassusweg 280, Liesbeth Schouten is exhibiting a series of paintings entitled Cityscapes until the end of December 2021. In her colourful, free-style impressions of the courthouse itself and other buildings in Zuidas, she creates a new and warm cityscape.
wonen-en
werken-en
October 18, 2021

Open day in Zuidas on 30 October

Building a new station for 250 passengers per day on a site the size of a postage stamp. Building housing for everyone. Making a neighbourhood greener. How do you do all of that? To find the answers to these and other questions, come along to the Open Day in Zuidas on 30 October 2021.
More posts