Three roof sections are now in place under the tracks for the new pedestrian passageway at Amsterdam Zuid station. The construction sites look neat and tidy, but appearances can be deceptive. By popular request, here is a preview of the next phases of the work. 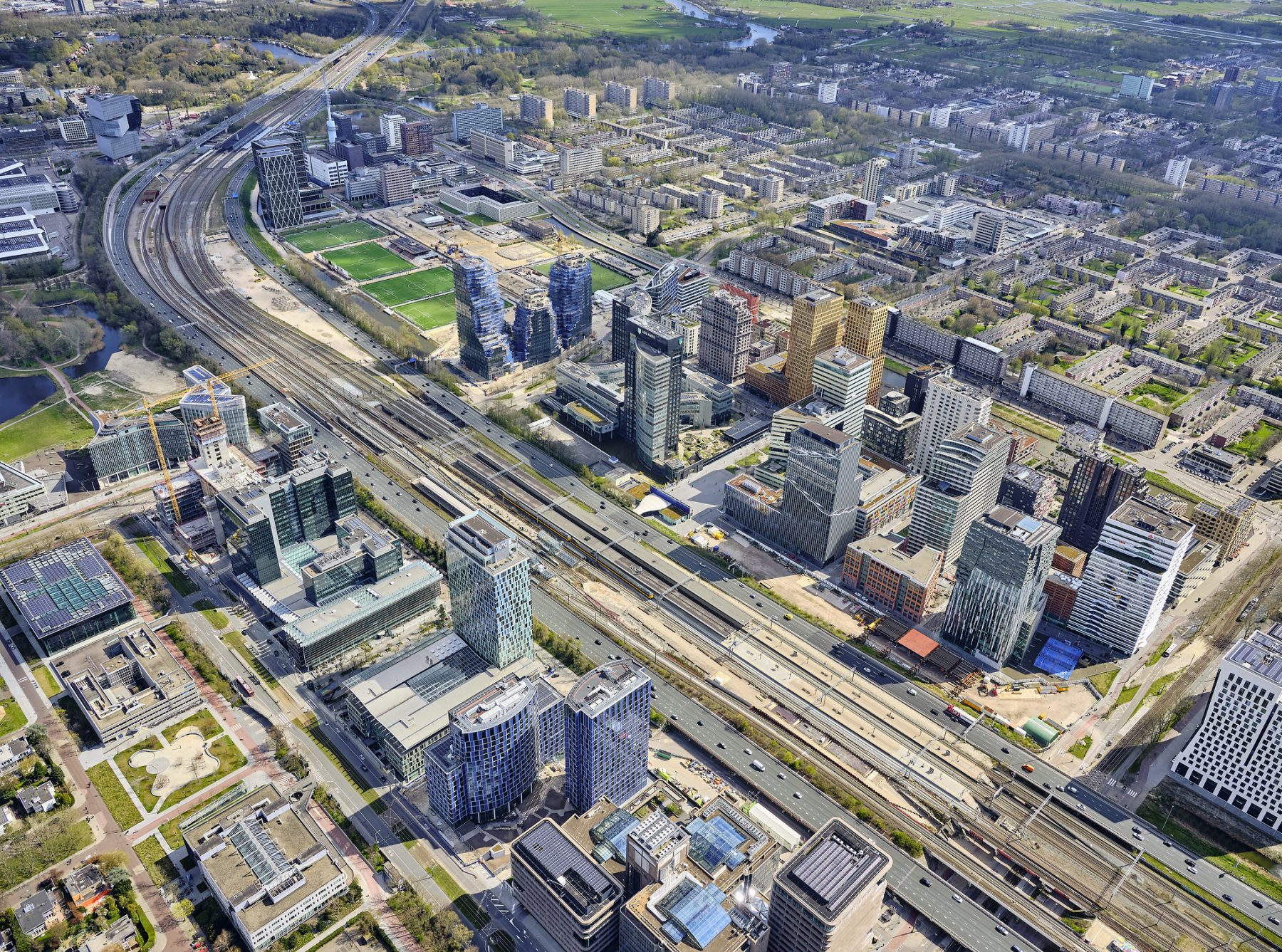 Travellers may not realize it yet, but significant steps have already been taken towards the construction of the second pedestrian passageway at Amsterdam Zuid station: the Brittenpassage. After the first huge roof section was put in place in November 2019, two more sections followed in August 2021. What are the next steps? In summary: first we need to create space, and then we will start construction work, using many kilometres of reinforcement cables and hundreds of cubic metres of concrete. Finally, we will slide the roof sections into place. Here we provide an overview of all the work that will take place up to and including 2023. Please note that this timetable is provisional and based on current information. We are currently reviewing the implementation plan together with the contracting consortium, Nieuw-Zuid. Nieuw-Zuid was awarded the contract for the renovation of Amsterdam Zuid station at the end of August 2021. Changes could still be made to this timetable.

We need a much larger area to work in than is currently available between the metro tracks. We will start to create that extra space in November 2021. Over the course of four weekends, we will install switches between the metro tracks: 13-14 November, 27-28 November, 4-5 December and 18-19 December. These switches between tracks will make it possible for metros to change from one track to another more flexibly, eliminating the need for a connecting track. That connecting track currently runs precisely over the work site. Limited metro traffic will be possible while this work is done. In the weekend of 27-28 November, the GVB will arrange replacement buses and trams.

As we have just described, by removing the connecting track, we will create more space to work in. In addition, we will also move the metro platforms and the tracks for the North/South line (line 52) approximately 20 metres towards Beethovenstraat – and actually partially across Beethovenstraat. This will create the space we need to modernize the station’s existing pedestrian passageway: the Minervapassage. And we are not just going to move the metro platforms, but we’ll also be raising them. The tracks need to be moved up, because the new Minervapassage will also be higher than it is at present. And because we will be raising the metro tracks, we also need to make the platforms higher. The railway tracks that run over the Minervapassage are already high enough, but the metro tracks are not – look carefully as you walk through the Minervapassage, and you will see this. We will carry out this work during the weekend of 21-22 May 2022 and 16-22 July 2022. 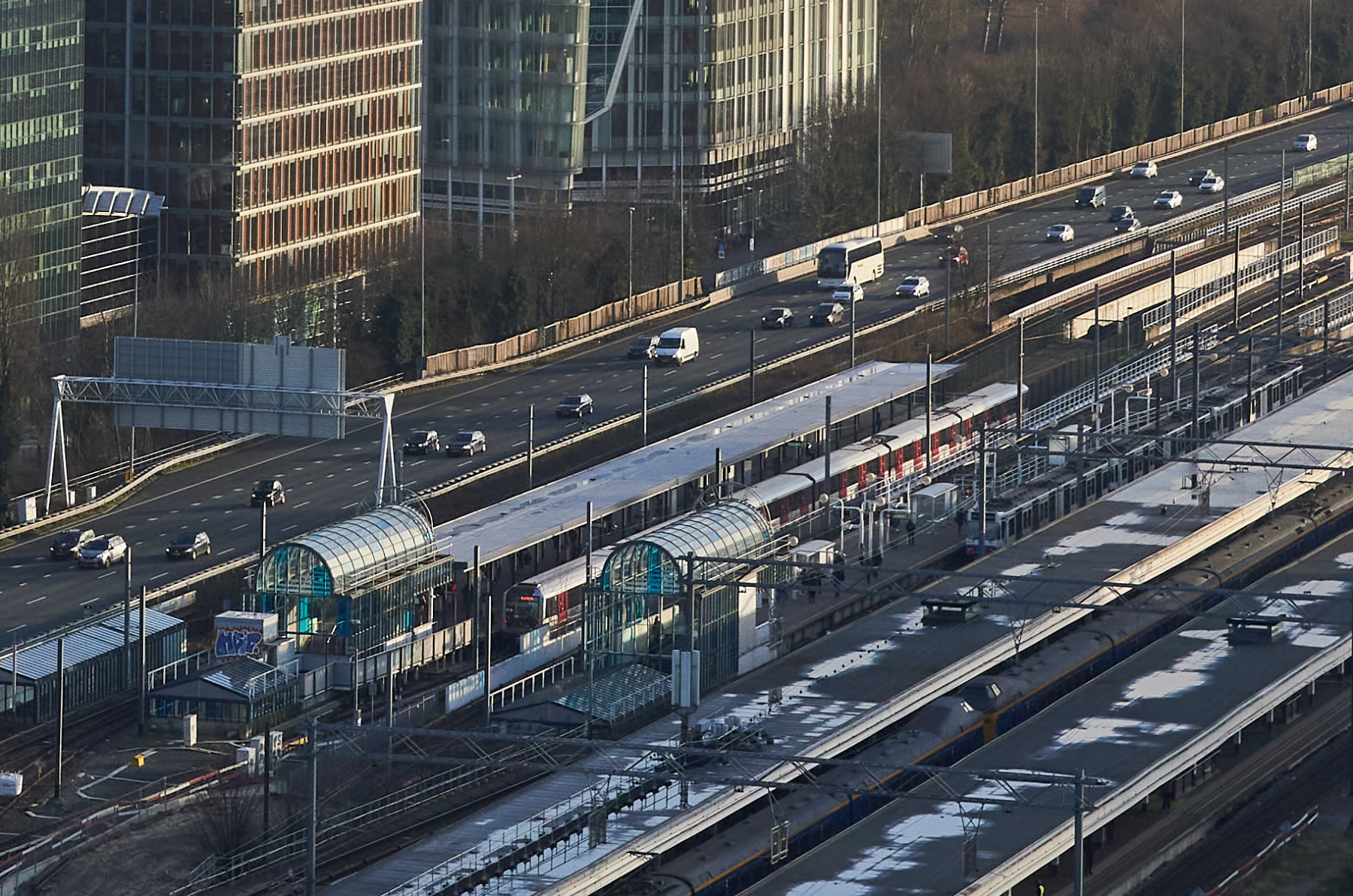 ...will be moved a little further from the Minervapassage 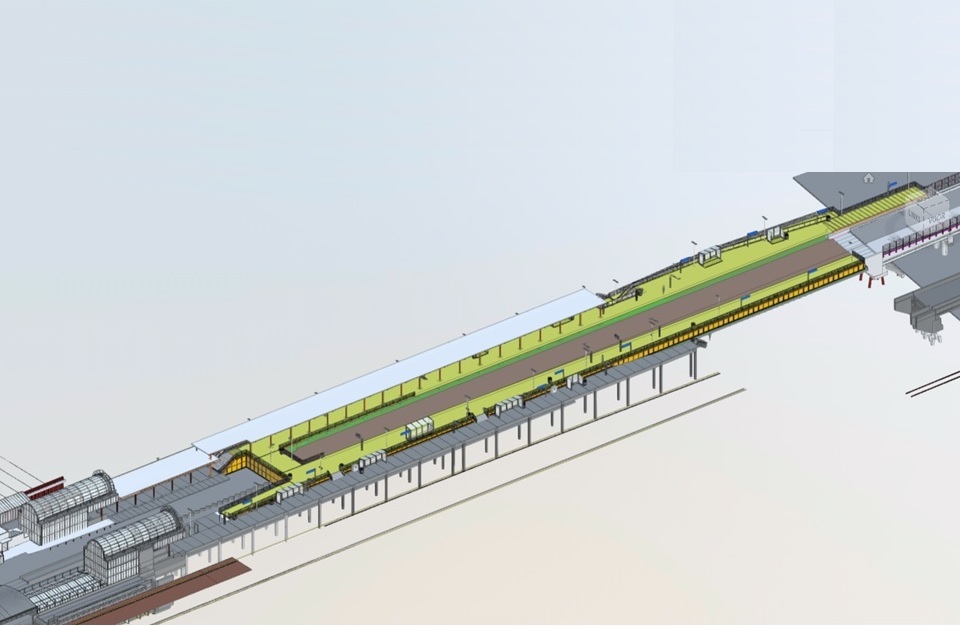 One platform will even 'float' above Beethovenstraat 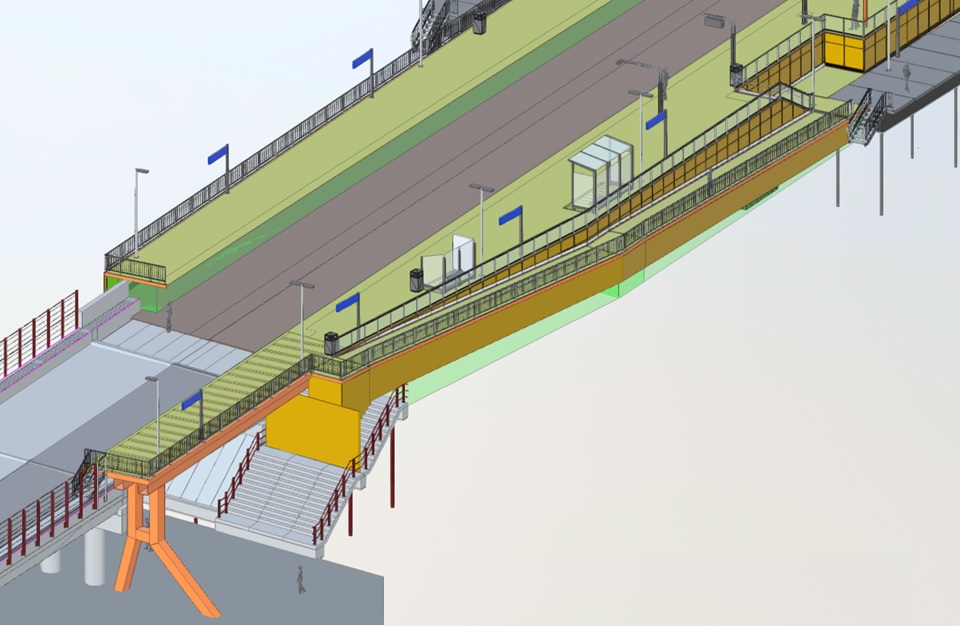 By this point, the working area between the metro tracks near the Brittenpassage will have been made large enough. This will be immediately followed by a very big job: from 23 July to 2 August 2022, we will work for 11 consecutive days to create the foundations for the roof sections over the Brittenpassage. This work will have major consequences for travellers. Train tracks 1 and 2 will be out of service and the southern carriageway of the A10 motorway will also be closed (i.e. heading towards the Amstel interchange). In the autumn of 2022, there will be more weekends when trains and metros will not run or there will be a limited service.

Starting in March 2023, we will construct a fifth roof section between the metro tracks for the new Minervapassage. This section will support metro track 1 (M1). This will be a major challenge because in order to place a new roof section at this location, we will need to demolish the existing roof section. We will also be working in a location where train and metro travellers are, for the first time, and there is bound to be considerable disruption.

Please note: the dates indicated are subject to change 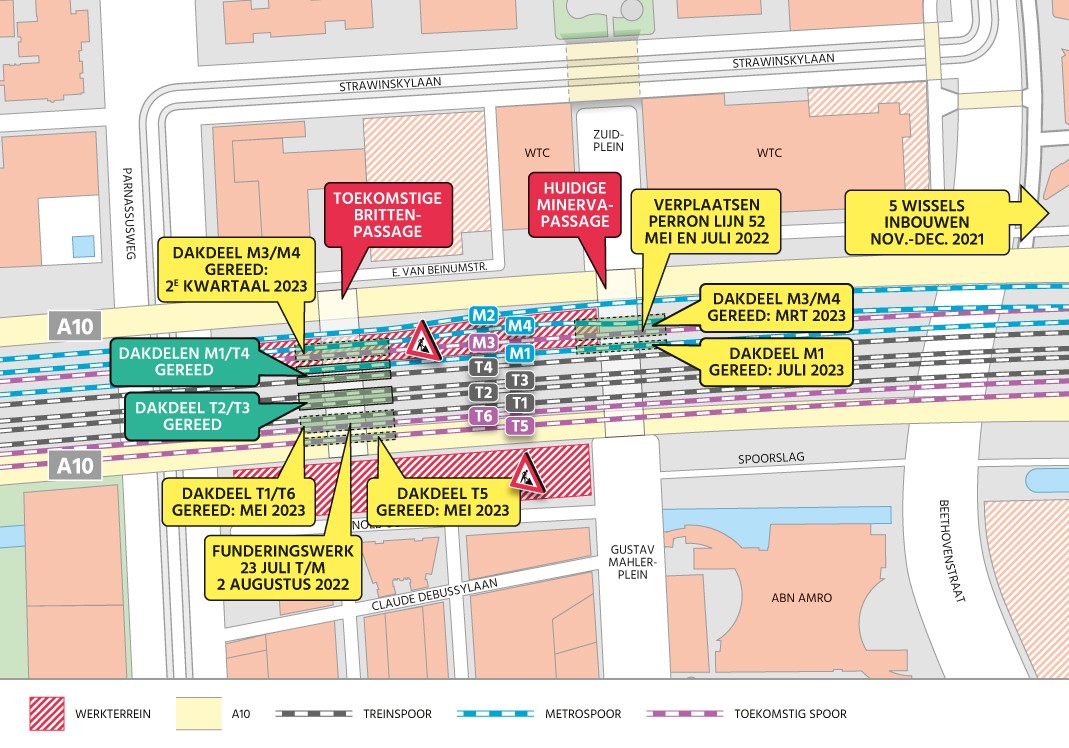 In the weekend of 18 and 19 December 2021, we installed the final two switches in the metro tracks. At the same time, 1,000 sq. m. of floor was replaced from the removable railway platform for tracks 1 and 2. The work went smoothly.
reizen-en
December 16, 2021

From 22 July until 3 August 2022, major traffic disruption is expected on the south side of Amsterdam. Throughout these 11 days, the A4 and A10 Zuid will be closed from the Badhoevedorp junction to the S109 RAI access road. This is because of works on Amsterdam Zuid station.
reizen-en
December 14, 2021

On 2 December 2021, the North Sea Canal Area Environmental Service (‘Omgevingsdienst Noordzeekanaalgebied’) granted the environmental permit for the renovation work on Amsterdam Zuid station. The permit will be open for consultation until 14 January 2022.
More posts