Off to the movies in Rialto VU on De Boelelaan

Since 12 November 2021, the lecture hall benches in the New University Building at De Boelelaan 1111 have been doubling up as a cinema in the evenings. The Rialto movie theatre is showcasing some of the best films for local residents, students, hospital staff and people working in Zuidas. 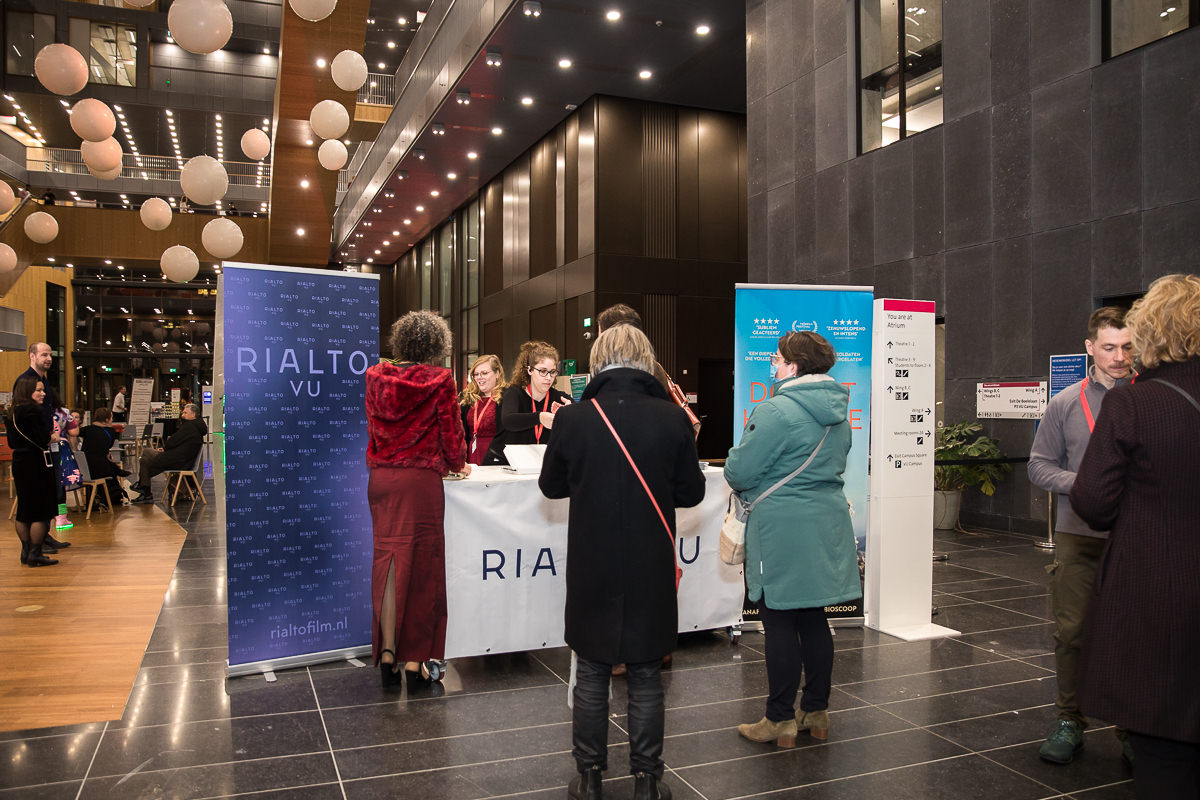 ‘My parents studied in this place, so it’s strange being here’, says Raymond Walravens (58), director of Rialto, pointing at the lecture hall benches behind him. This hall in the magnificent dark grey New University Building is filled with students by day, but will now be home to moviegoers in the evenings. This is Rialto’s second branch in Amsterdam. Seven days a week, in four brand-new cinema auditoria, the best European, non-Western and independent American films will be shown. The screens are huge, the sound perfect and the seats comfortable. ‘At last, a real cinema in Zuidas. For local residents, students, expats, staff from VU University, Amsterdam UMC and everyone working in Zuidas’, says Walravens. 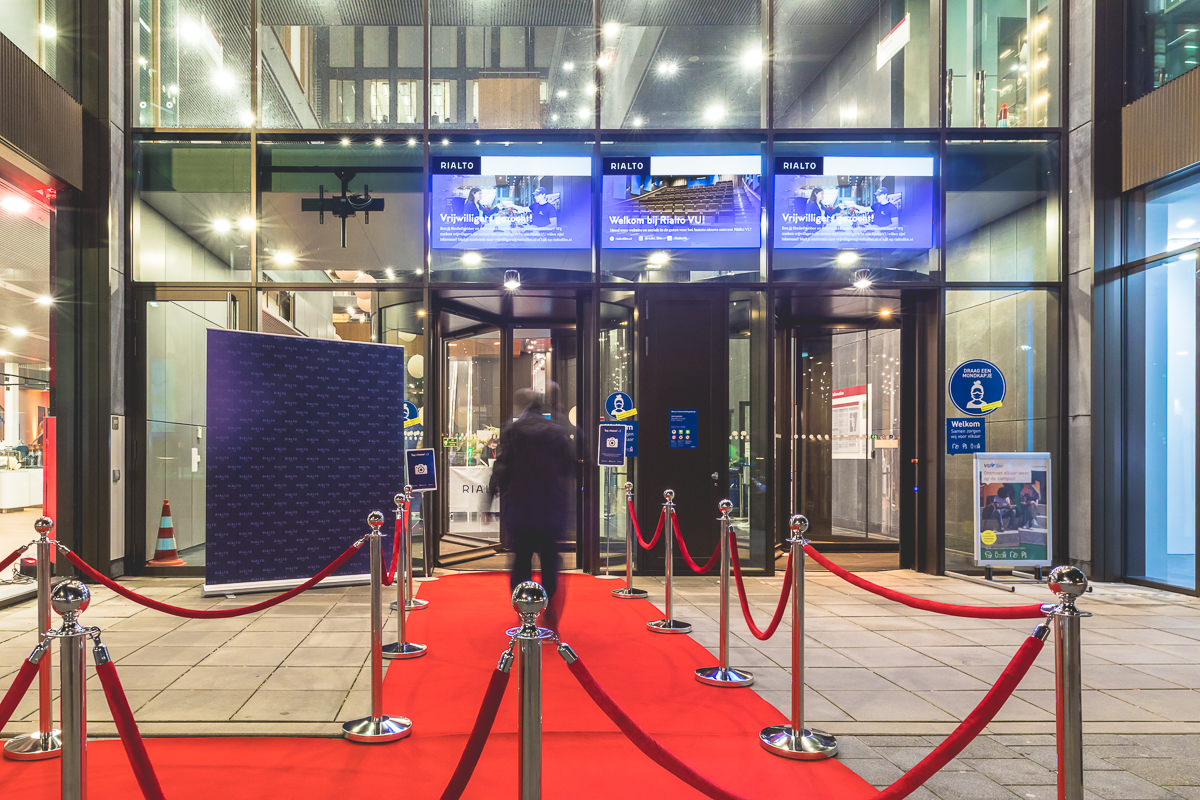 It took over a decade for the long-cherished wish of opening up a cultural hotspot here in Zuidas to become a reality. ‘It takes time to make good plans and put them in to action. And, of course, coronavirus also happened in the meantime.’ The new mini-lockdown almost threw a spanner in the works, but cinemas are fortunately still allowed to open. Walravens has been a die-hard Rialto fan all his life. In 1980, he started as a volunteer in the local Rialto Cinnabar in Ceintuurbaan. He was so fascinated by the world of quality films that he left secondary school to devote his life to film full-time. ‘I watch an average of 400 films every year. It never gets boring.’ 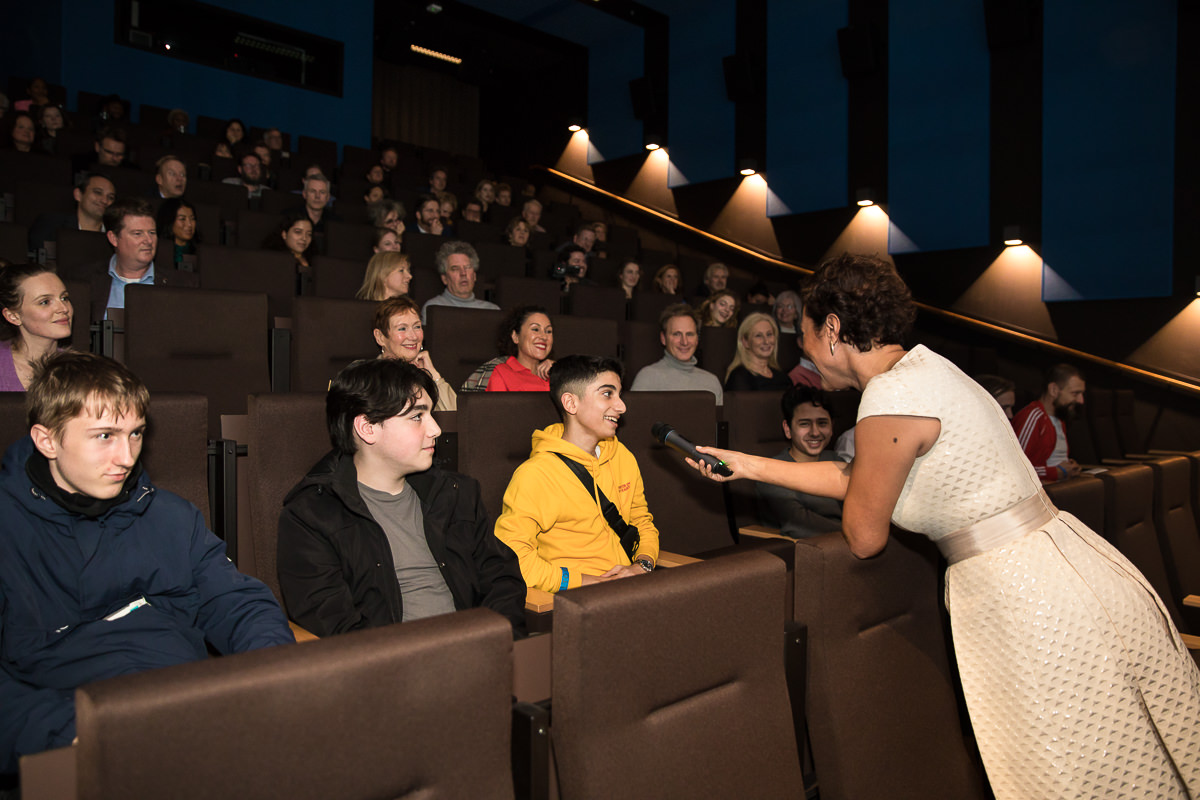 One of the guests is Karin van Gilst (57), Rialto’s brand-new Supervisory Board Chair. She tells me that she goes to the cinema at least twice a week, and preferably to the Rialto, her favourite movie house for years. She lives close to De Boelelaan. ‘This neighbourhood, which used to be bleak and draughty, is really changing. There’s a lovely Thursday market in Gershwinplein and in Kapel & Convict, in nearby Beatrixpark, there’s going to be the Conservatorium, complete with concert hall. I’ve also heard some good stories about the various skybars in Zuidas. The neighbourhood is increasingly coming to life.’ 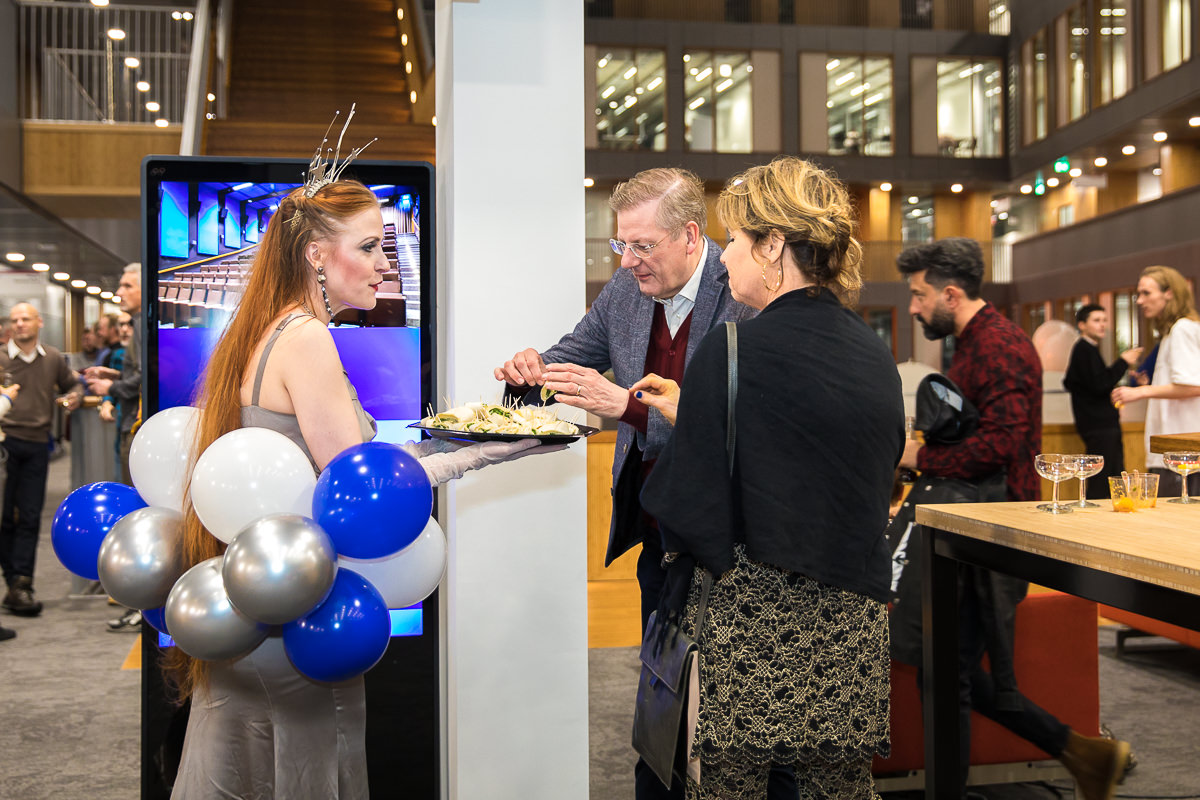 In addition to Rialto, VU Griffioen culture centre will also be using the lecture halls. After more than fifty years, the theatre is swapping Uilenstede for this new location. Its programme is huge and extremely varied. It features more than 150 performances, ranging from big names like Youp van ‘t Hek and Ellen ten Damme, to up-and-coming talents like Anne Neuteboom and Andries Tunru. Griffioen also regularly organises cultural events, including cabaret festivals, theatre dinners, pub quizzes and culture festivals. In the red building nearby, the Education Institute for Care and Welfare (OZW), there are over 70 courses running, for all levels. There are dance lessons, including salsa, urban dance, Afro mix and ballet, as well as lessons in guitar, acting, writing, painting, photography and mindfulness.

On the corner of the New University Building, there is also a new culture venue: VU Art Science Gallery. The gallery focuses on cross-pollination between art and science. The first exhibition is called 0 Starting from Zero and features artworks and installations inspired by the number zero. For this exhibition, the gallery is collaborating with Studio Topia, an EU-funded art and science project focusing on sustainability and The Zero Project, a foundation that promotes research into the invention of the number zero. 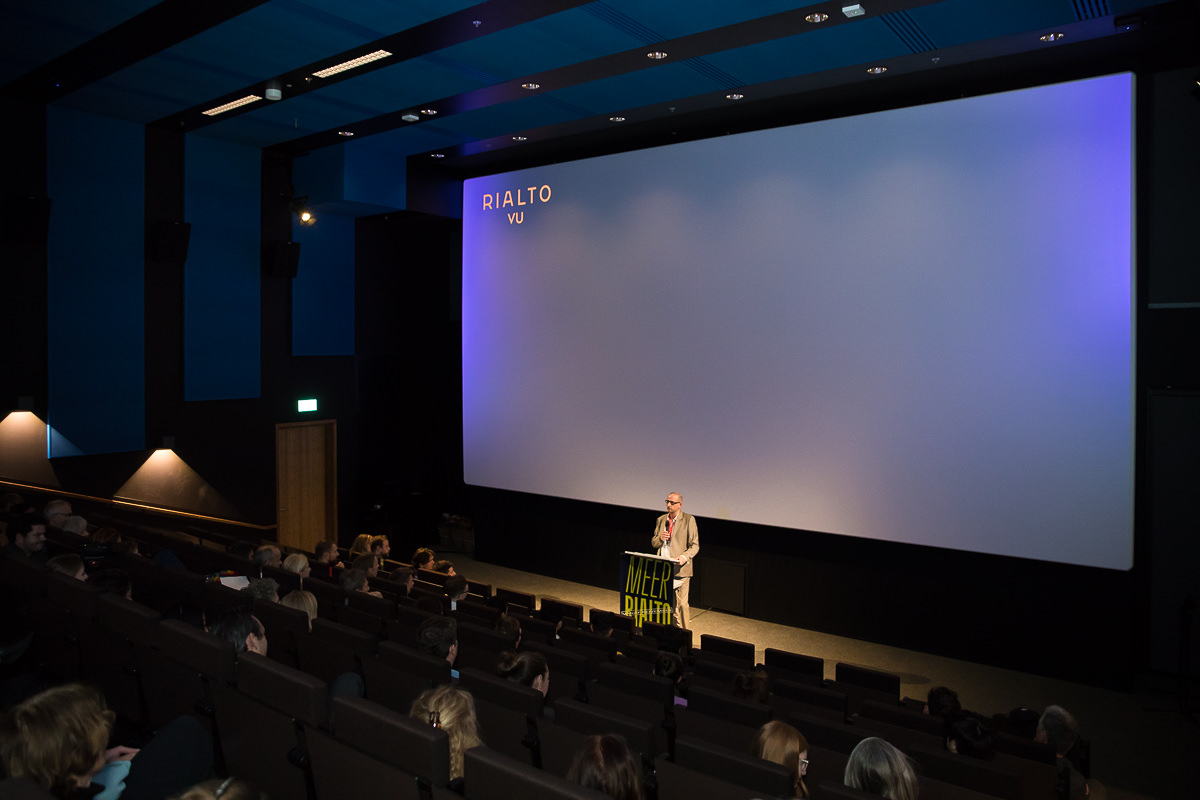 Anyone needing to recover from all of this culture can pay a visit to the newly-opened Bar Boele, based on the ground floor of the New University Building. Despite the smart setting, the bar feels quite traditionally Dutch inside. Its aim is to become the living room of De Boelelaan. The menu includes wines, local beers and a range of snacks. There is also a small stage, ensuring that the cultural experience can continue. It will be competition for the grand café The Basket; this campus café will also be relocating to the New University Building next summer. There will be a new park in the location of the existing café.

Work starts on the construction of 101 ‘The Newton’ apartments

Construction work started on the apartment complex ‘The Newton’ on 22 November 2021. The building will accommodate 101 modern, energy-efficient free-market rental apartments. They will be located in Kop Zuidas, the most easterly neighbourhood of Zuidas.
wonen-en
werken-en
November 13, 2021

From start to finish: Valley in images

Valley is now virtually complete. Developer EDGE and the Valley construction consortium have successfully built a multifunctional building that will give Zuidas a new look. Hundreds of construction workers have spent around three and a half years working on it. Below is a visual retrospective.
wonen-en
November 8, 2021

The monumental courthouse in Parnassusweg will soon be home to a museum of modern art. What do the local residents think of it? At a meeting held on 25 October 2021, most people took a positive view, although there were some critical questions.
More posts