Above all else, 2022 was the year when funding for the Zuidasdok project was finalized. But of course, it was also a year when we just kept on building. Many new homes were completed and work continued on the major upgrade at Amsterdam Zuid station. Preparations also began on the renovation of the motorway interchange at De Nieuwe Meer. 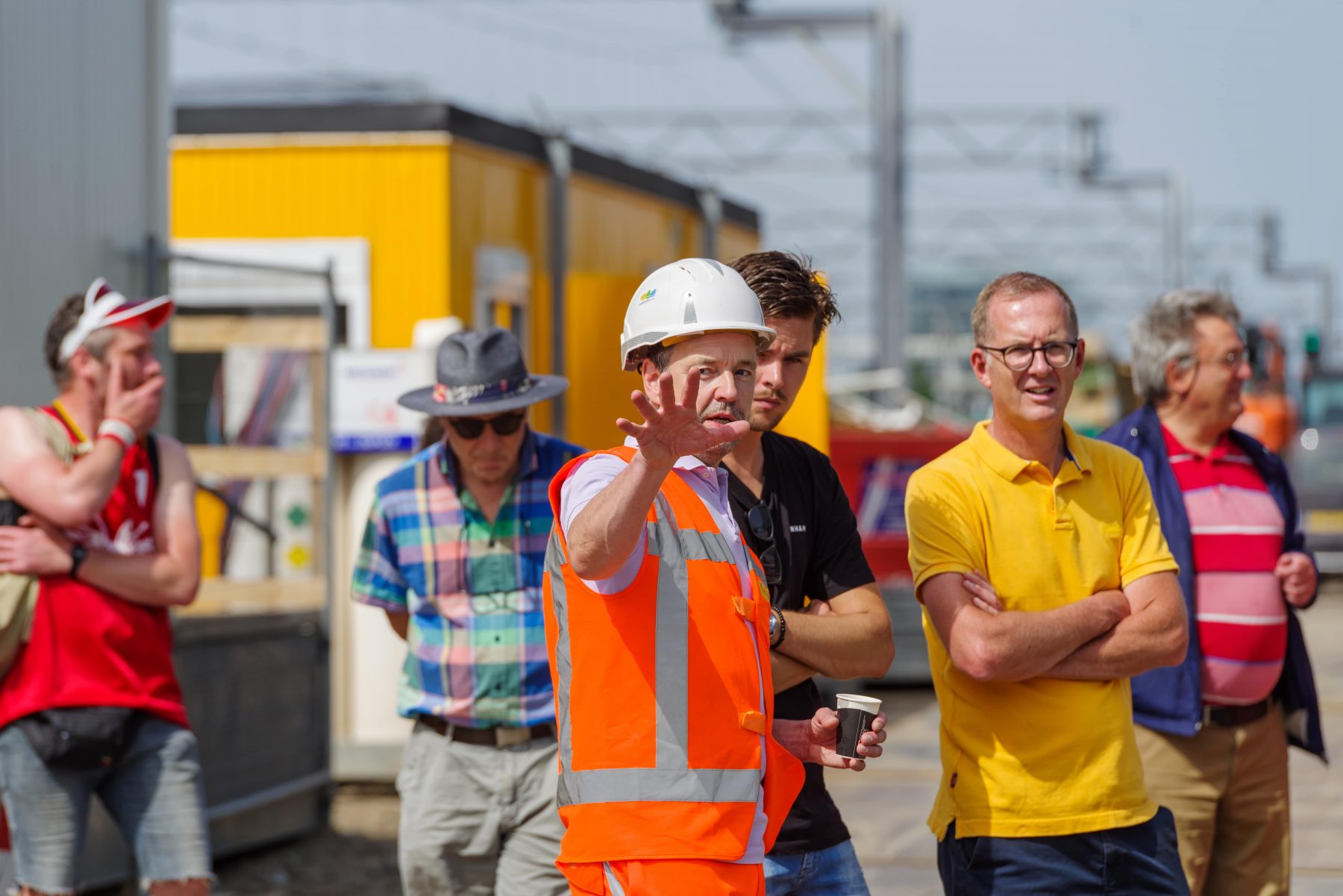 The most important news came in November: thanks to agreements on funding for the Zuidasdok project, not only can work on Amsterdam Zuid station go ahead, but also the new tunnels for the A10 motorway as it passes Amsterdam Zuid, as well as the widening of the motorway from four lanes to six lanes in each direction (enabling local traffic to be separated from through traffic). That includes a new motorway interchange at Nieuwe Meer. The funding agreement also includes the construction of a fifth and sixth platform at Amsterdam Zuid station, specifically for international trains. As a package, all this will make a significant contribution to improving the accessibility of the Amsterdam Metropolitan Area.

Work on the Metro

Fortunately, funding had already been secured for the upgrade to Amsterdam Zuid station. Since 2019, we have been working on a second passenger underpass at the station, which will be called the Brittenpassage. Work on that continued last year, but another important job was preparing for the upgrade to the existing Minervapassage. In mid-July, metro line 52 (the North/South line) stopped running for a week. The work involved the Minervapassage, which runs underneath the metro tracks. In the future, the underpass will be much higher and wider than it is now. The tracks for line 52 had to be raised so that later the roof of the underpass can be made higher and wider. Raising the tracks also meant that we had to raise the platform too, of course. In the weekend of 4 and 5 June, we raised the platform roof, and at the same time we shifted the metro platform for line 52 up towards Beethovenstraat. That was necessary in order to create a space to work between the metro tracks. The space needed to be large enough to work on both the Minervapassage and the new Brittenpassage. By 23 July, the job was finished and travellers were able to use the metro again, but there is a lot more work to do over the next few years. We will also need to raise the metro tracks for lines 50 and 51. And once the Brittenpassage is completed in 2027, everything will change again and we will move the metro platforms to their final location, right between the existing Minervapassage and the new Brittenpassage. 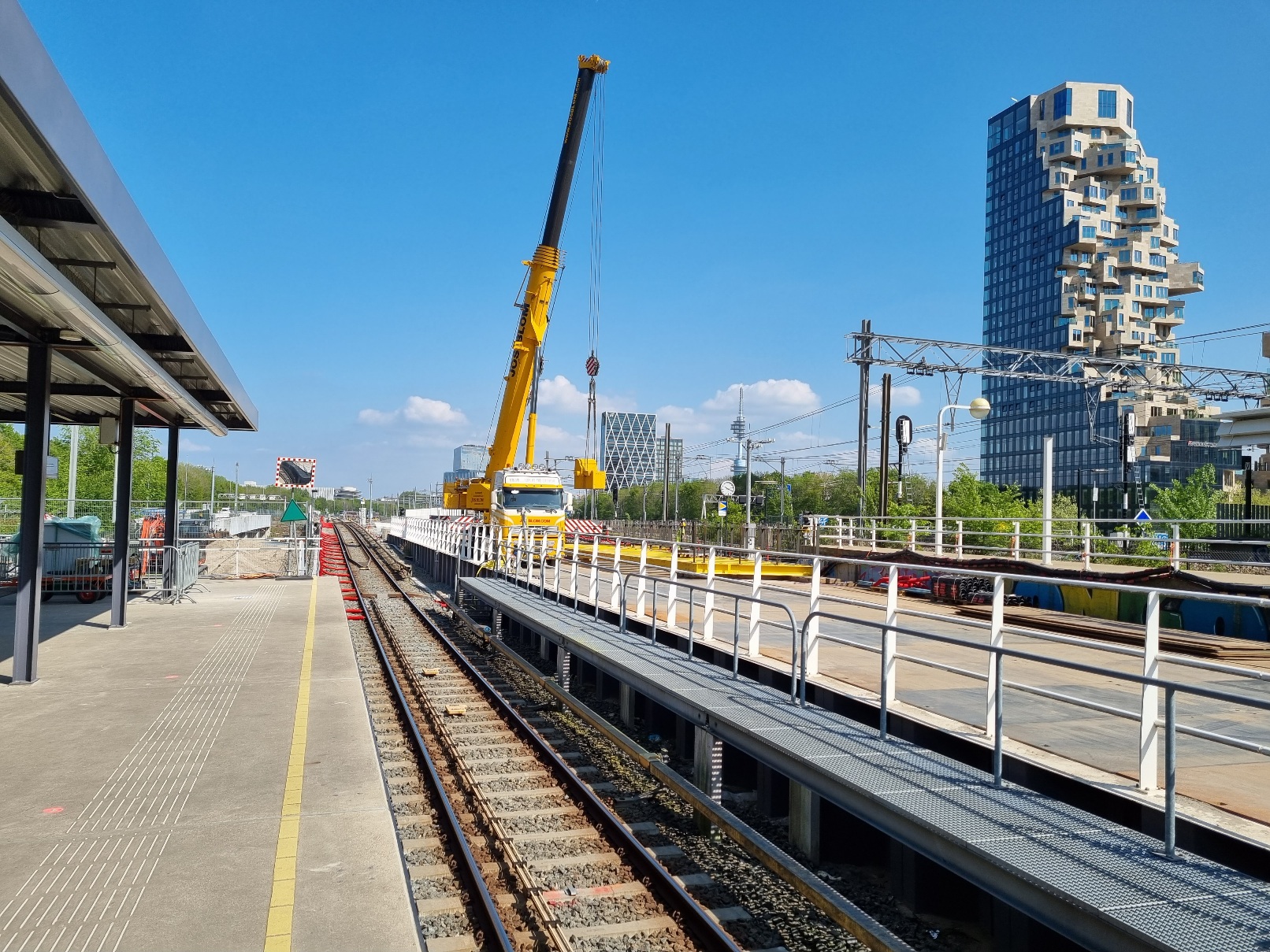 Marcel Steinbach
The platform roof is lifted up 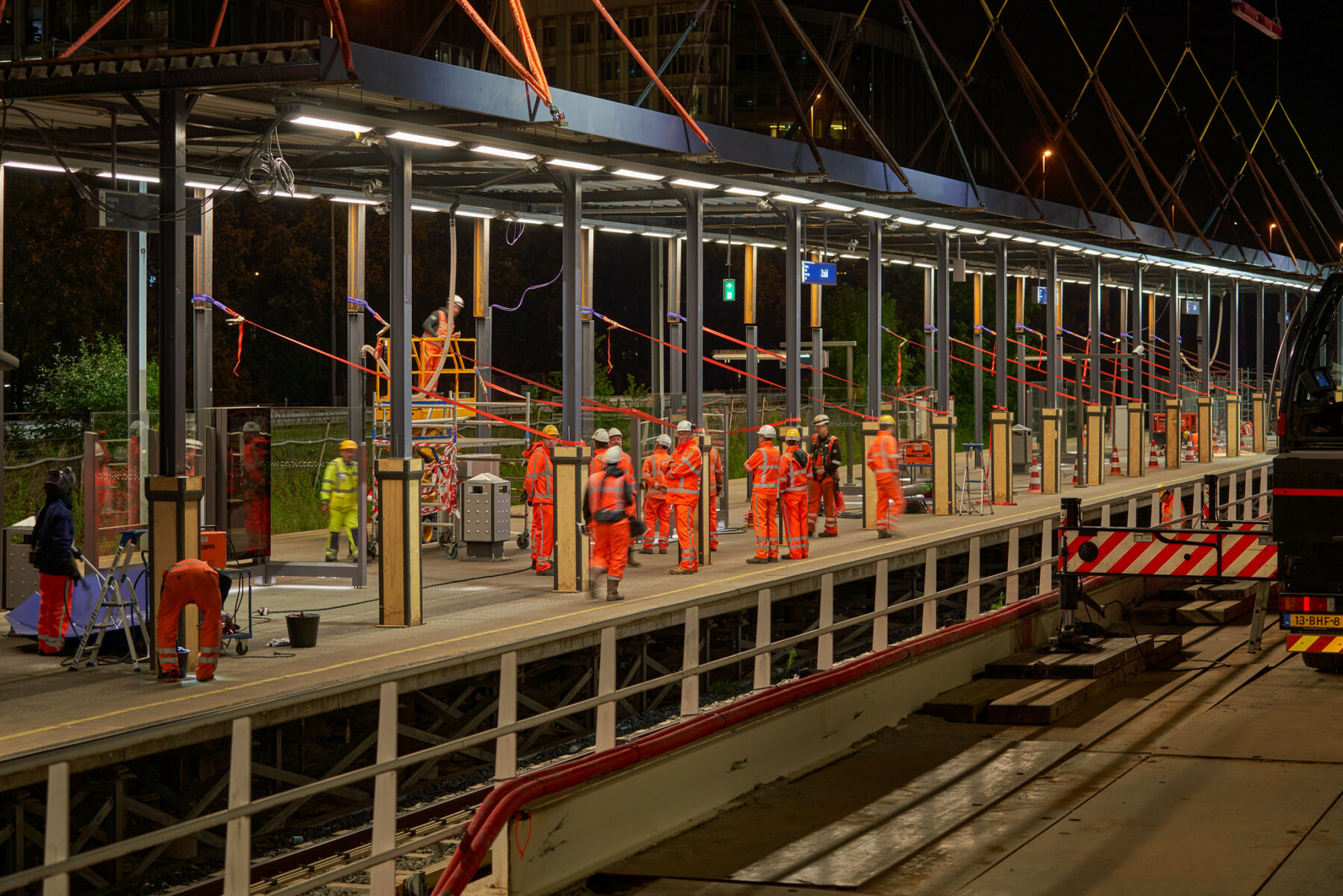 Marcel Steinbach
Concrete being poured for the higher metro platforms 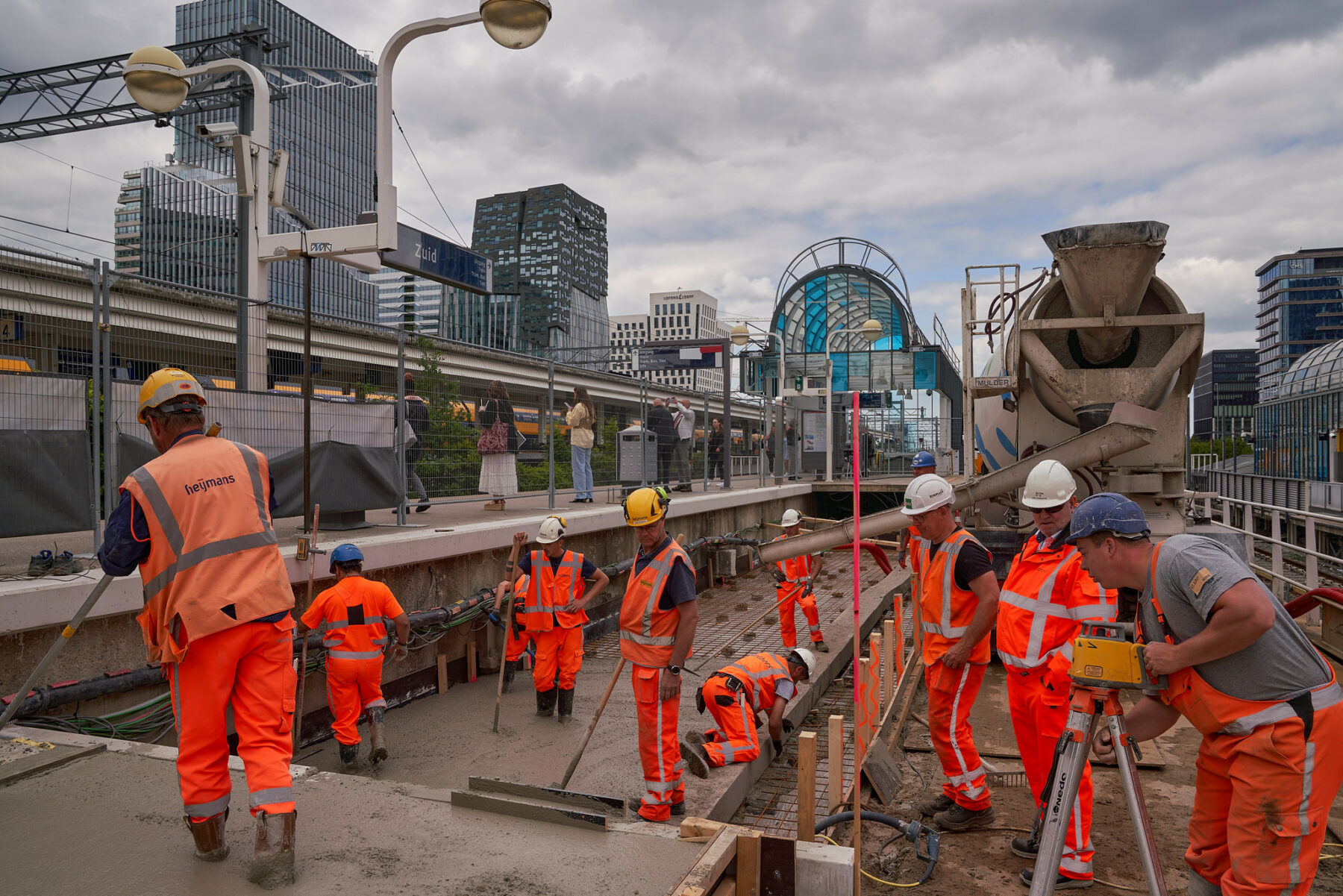 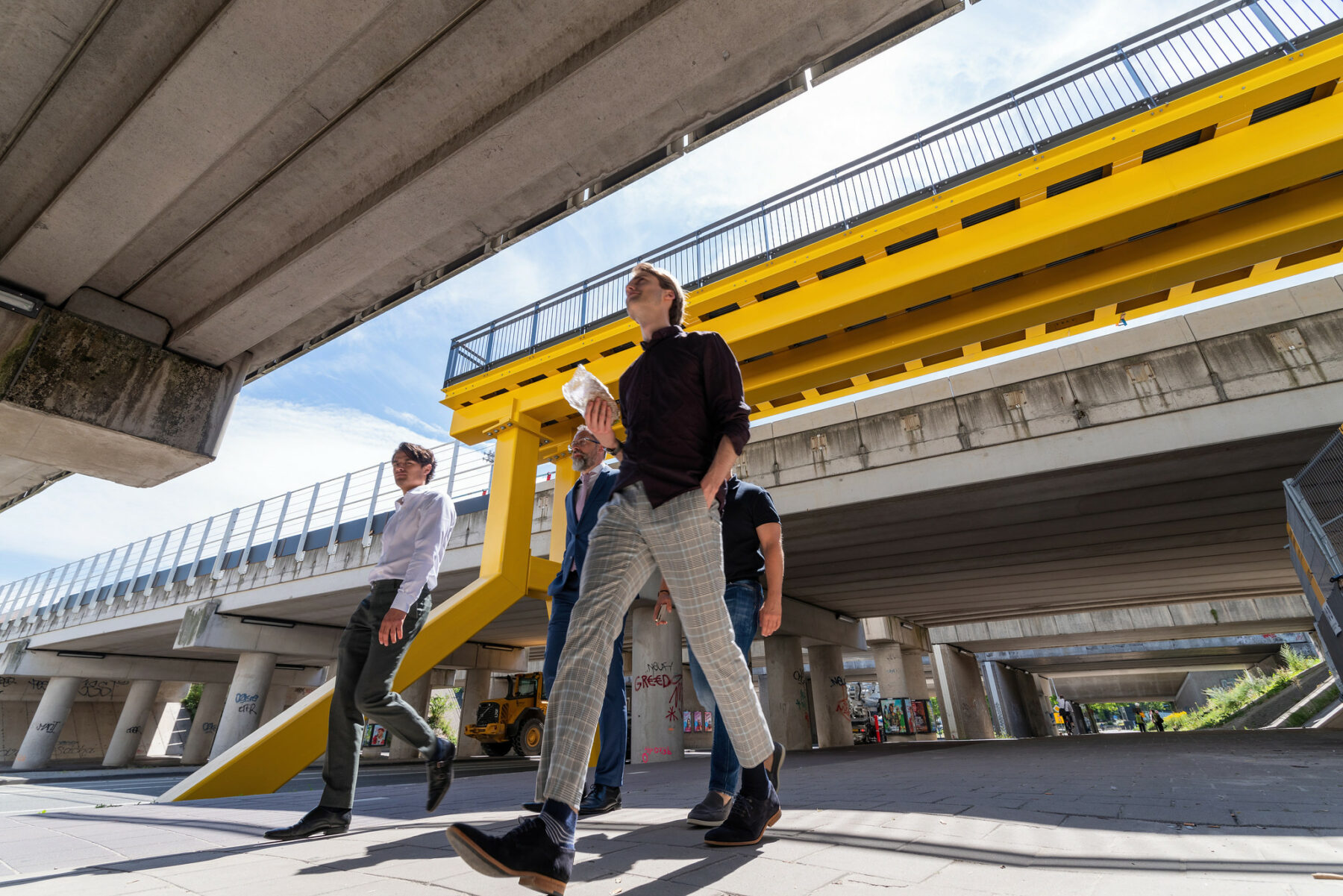 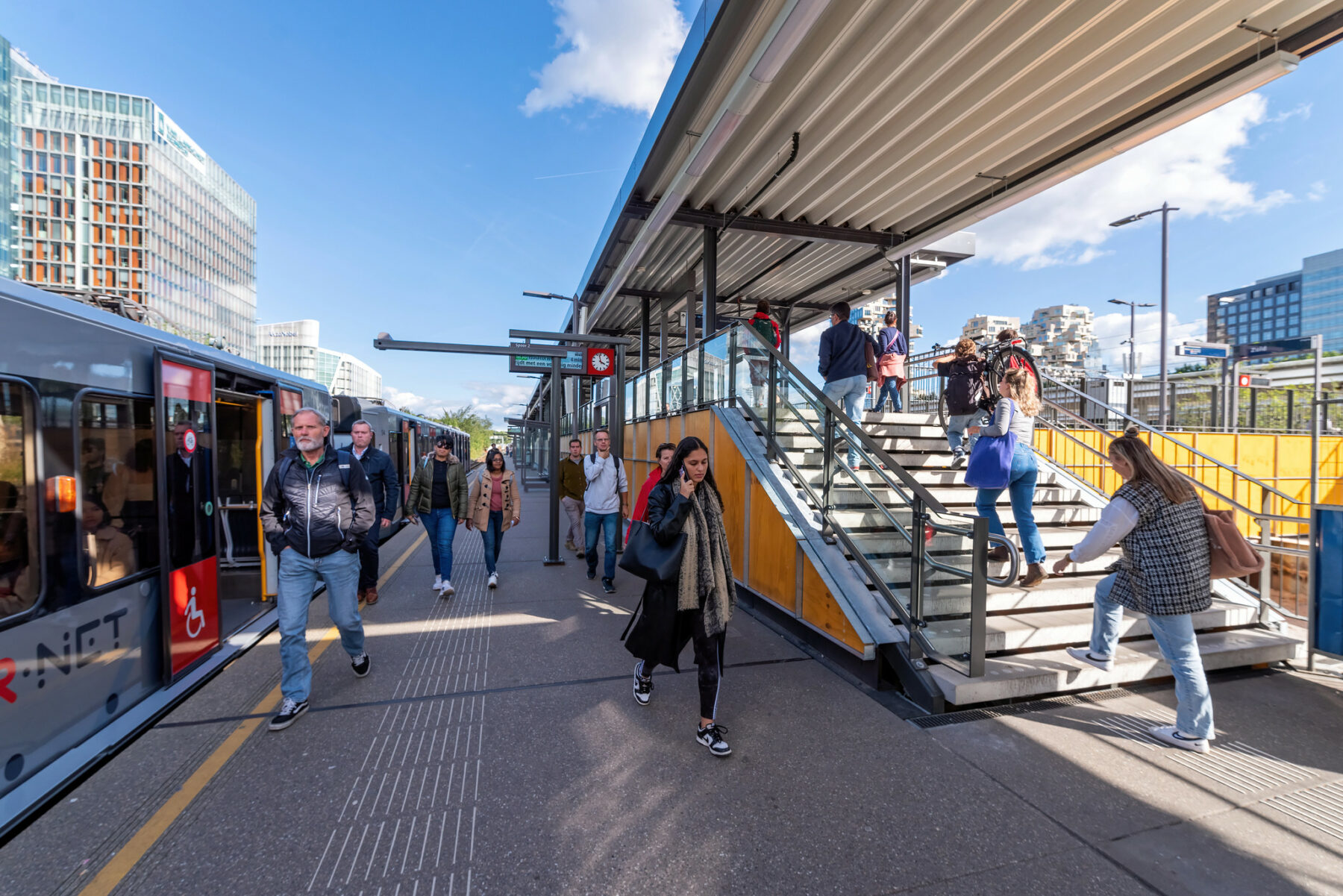 Following the work on Metro line 52, the southern section of the A10 towards Utrecht had to close for 11 days in a row. Starting on the evening of Friday 22 July, we had to excavate the dyke along the top of which the motorway runs, over a distance of about a hundred meters. We also had to remove two train tracks. There was no other option, because we had to install the foundations for the Brittenpassage, which will be the second passenger underpass in the new-look Amsterdam Zuid station. The work went smoothly right from the start and was completed by the early morning of 3 August when the motorway was reopened. We are now busy constructing the new roof sections for the Brittenpassage, which will be put into place on the foundations in 2023.

Marcel Steinbach
The A10 motorway was closed for 11 days 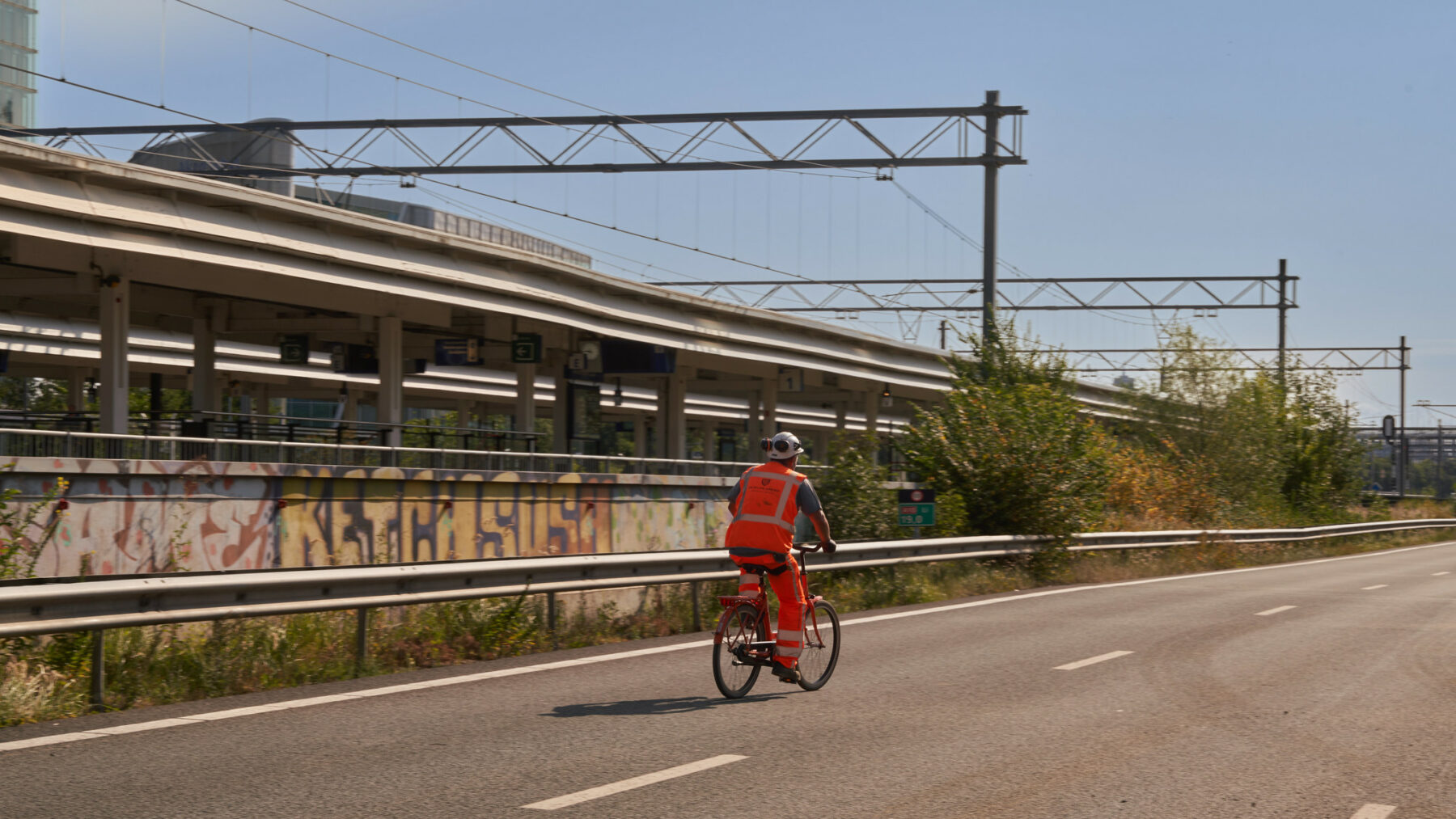 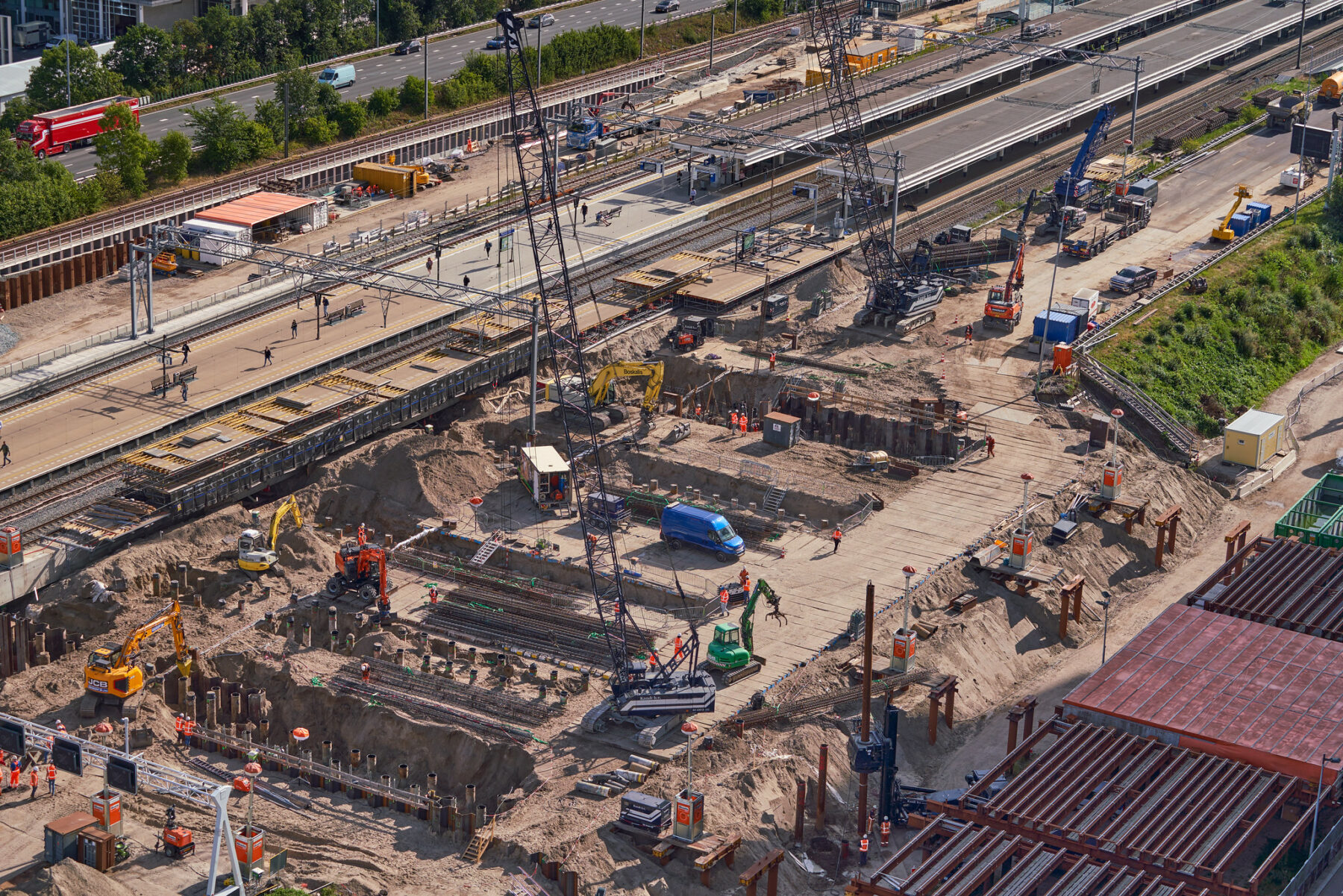 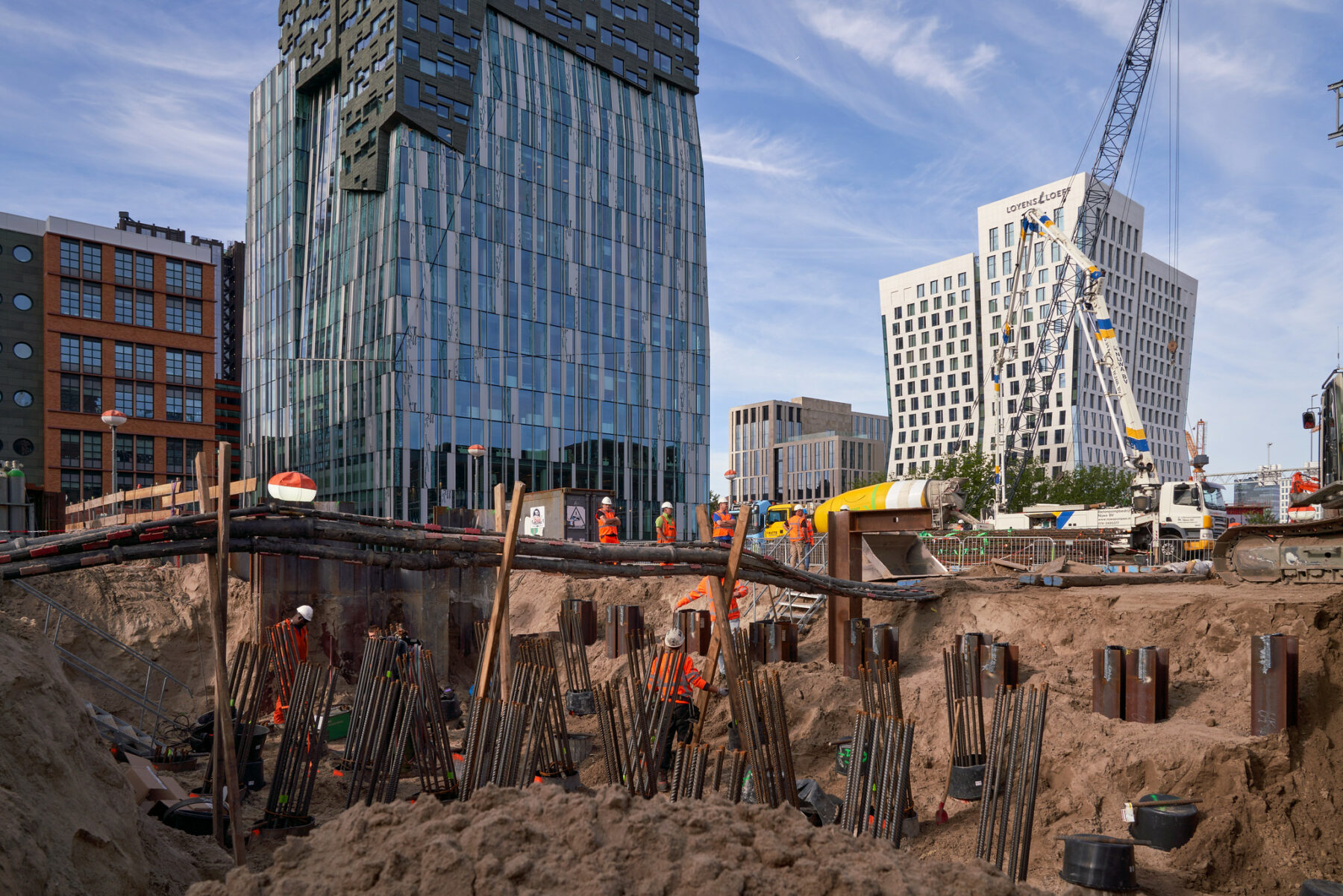 Marcel Steinbach
Dozens of piles were driven into the ground 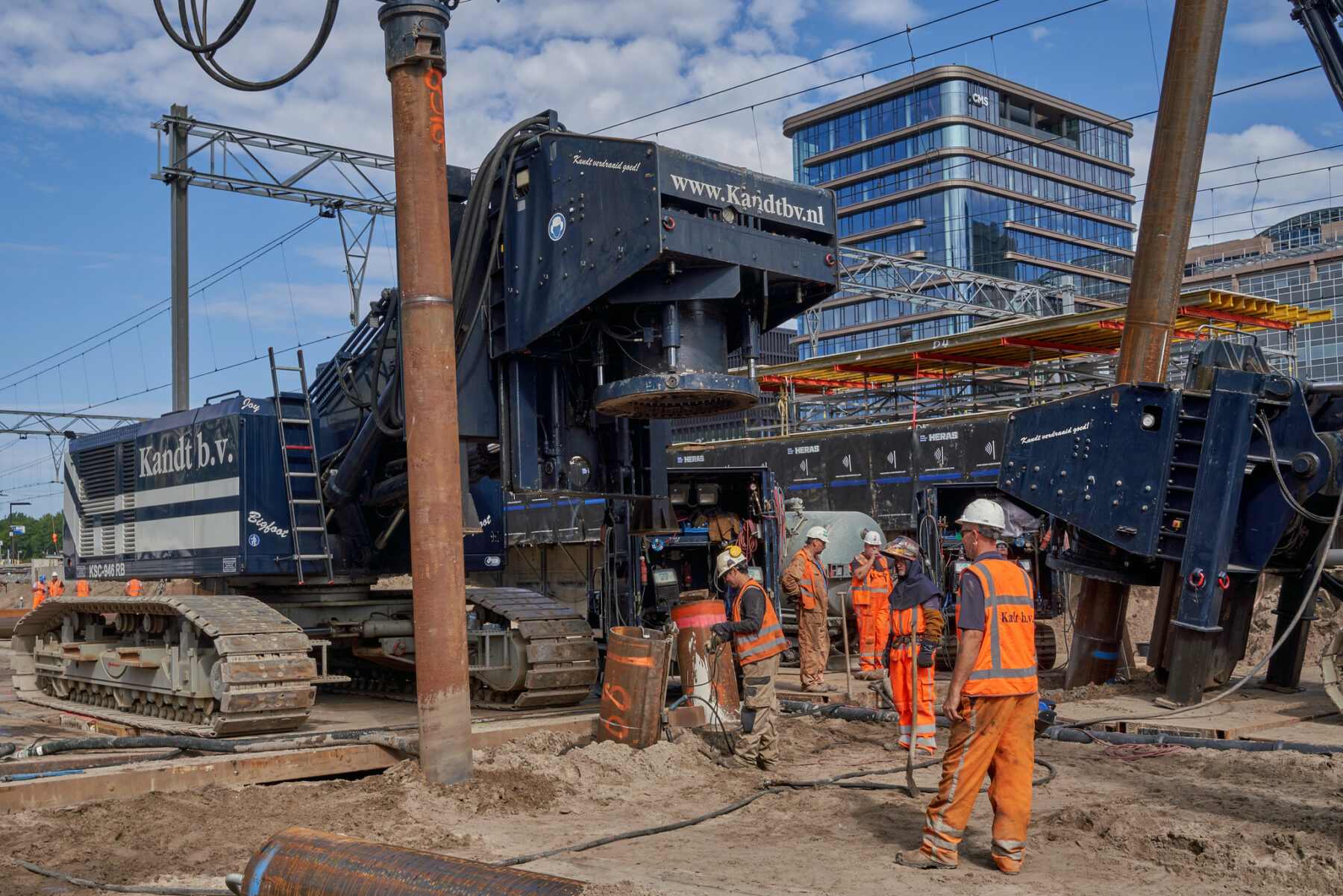 Marcel Steinbach
When all the work was done, time for a new road surface for the A10 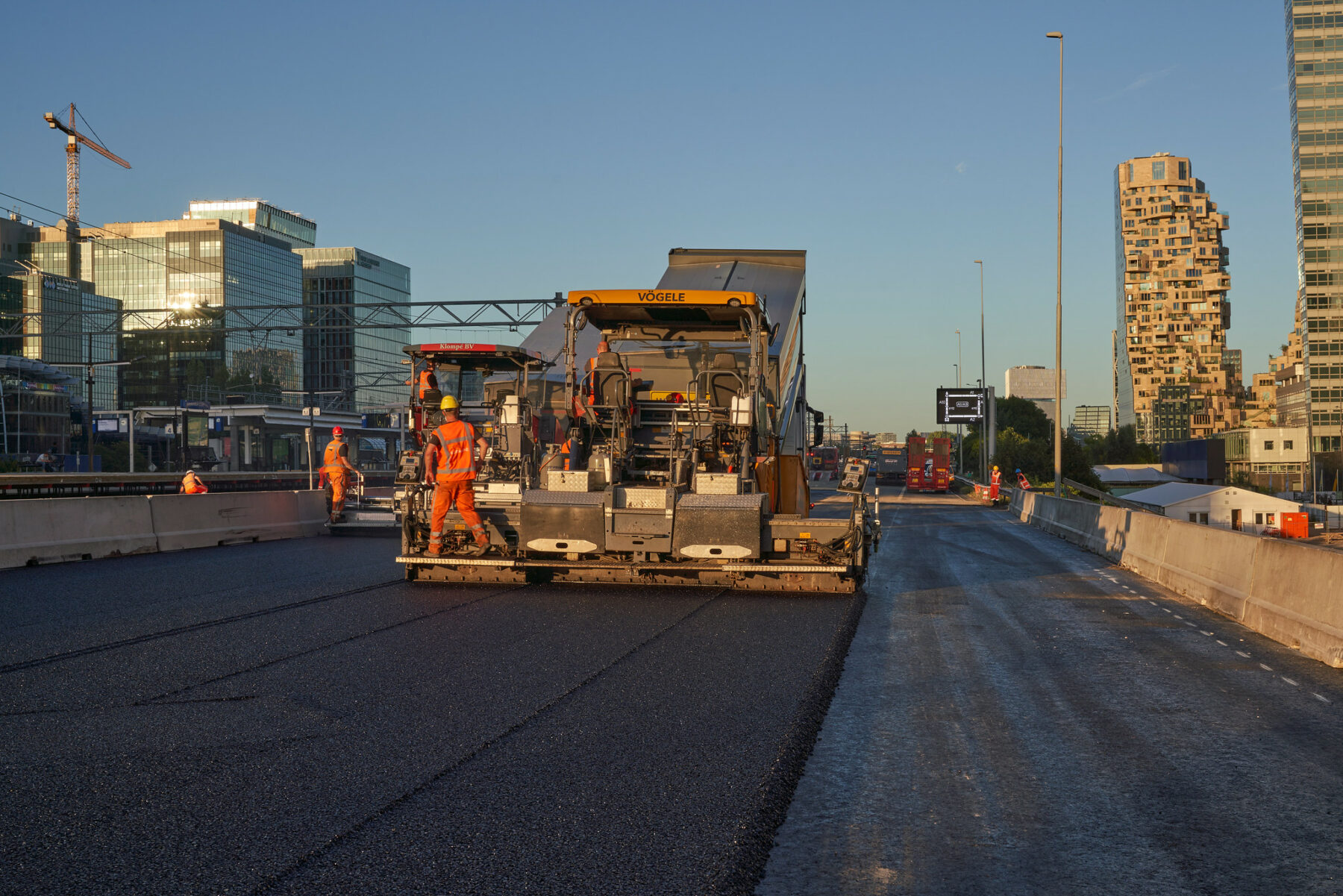 In 2022, preparatory work also began for the renovation of the motorway interchange at De Nieuwe Meer. In April, EQUANS was contracted to relocate the control building for the bridges over the Schinkel. In Luchtvaartstraat, we removed cables and pipes from the embankment of the A10 so that a new flyover can be built there. The control towers for the bridges over the Schinkel will also need to be moved due to the upgrade to the motorway along this stretch. In November, when ProRail was working on the rail tracks for other reasons, we took the opportunity to install cameras on the Schinkelbrug bridge, and to complete other work. Previously, traffic controllers always had a clear view of the traffic on the bridge from the control towers, but due to the construction of more bridges, these control towers need to be removed and traffic will be monitored remotely. All this work was done ahead of the redesign of the entire De Nieuwe Meer interchange, which contractors will start to carry out soon. In November, this huge project was awarded to the TriAX consortium.

While Zuidasdok is all about improving transport links in the northern edge of the Randstad, Zuidas is continuing to create a new district of Amsterdam where many people can live and even more people work. The new homes came thick and fast in 2022. In March, we announced the first homes in the new Ravel district: Tic-Tac-Toe, 75 family homes in the medium-rental sector. In May, real estate developer Breevast announced plans for two residential complexes at Beatrixpark, that will provide 196 homes for the owner-occupier and medium-rental sectors. In December, we reported that KondorWessels had won the contract to build another 94 private sector homes at Beatrixpark, as part of the nature-inclusive Habitat Royale project. And to top it all off, we announced that Eigen Haard will build 180 social rental and senior housing units in the Fred. Roeskestraat, where the British School Amsterdam used to be located. 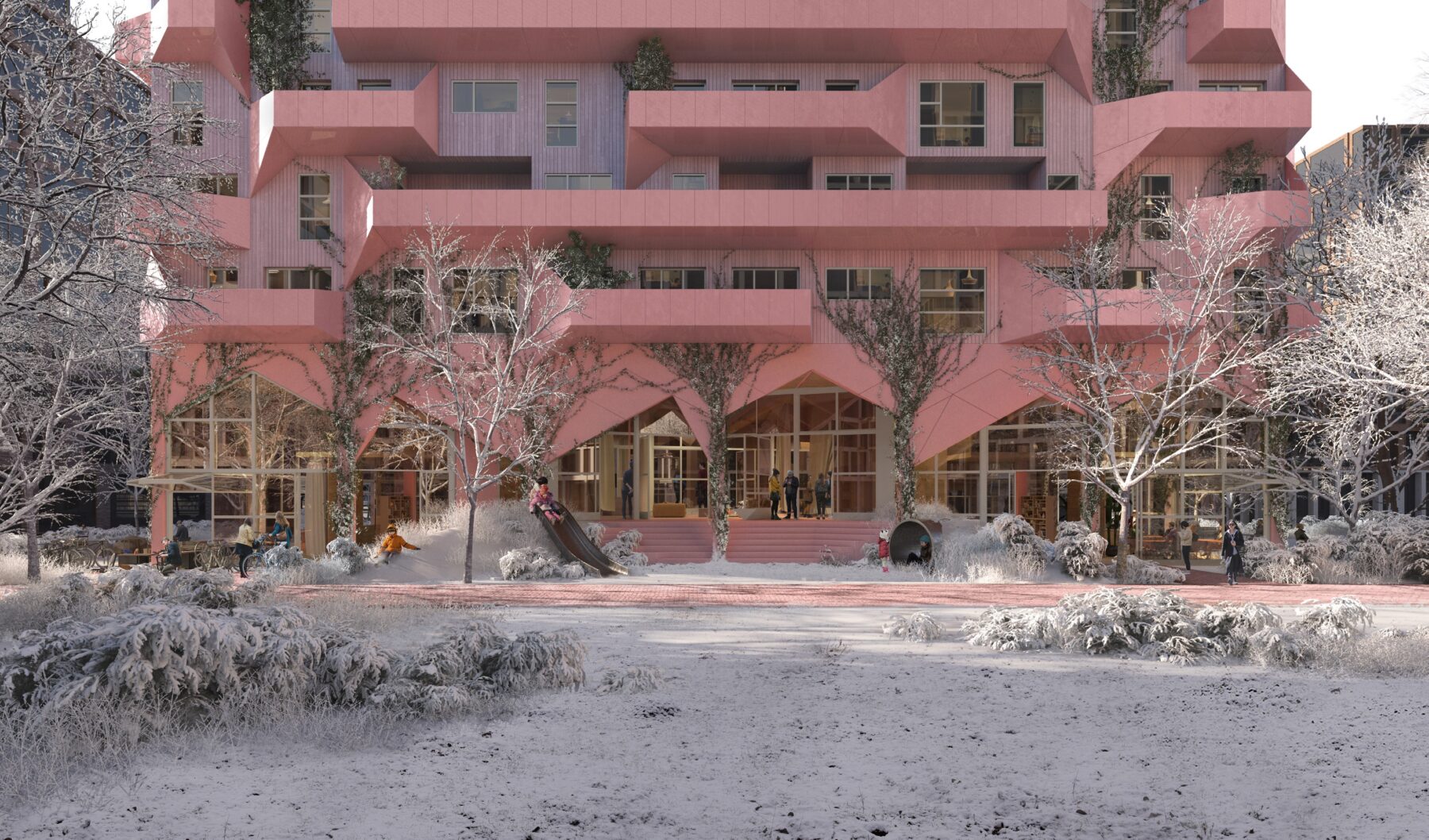 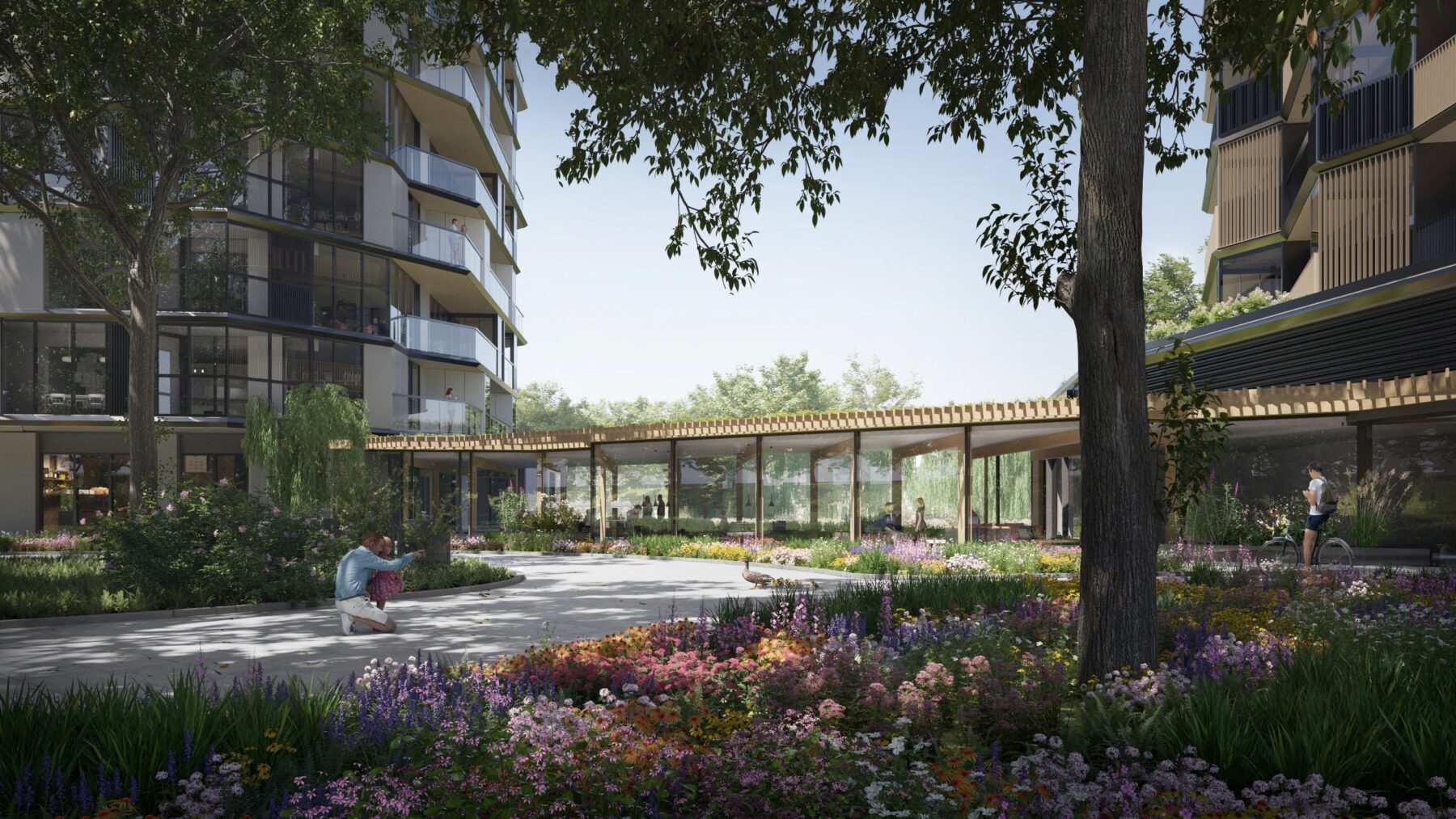 Not only did we announce plenty of new housing projects, we also continued working on existing projects, of course. In the Kenniskwartier neighbourhood, The Pulse of Amsterdam rose up from the ground, an enormous complex which, in addition to homes and offices, will also include cinemas, shops and an urban forest. Behind it, the construction of Stepstone, the largest social housing project in Zuidas to date, continued at full speed. In Kop Zuidas, the easternmost area of Zuidas, Crossover is being built, another multifunctional building that will include social rental homes for first-time buyers and new residents. In addition, work on the The Newton also gained momentum, which will provide 101 owner-occupier apartments. 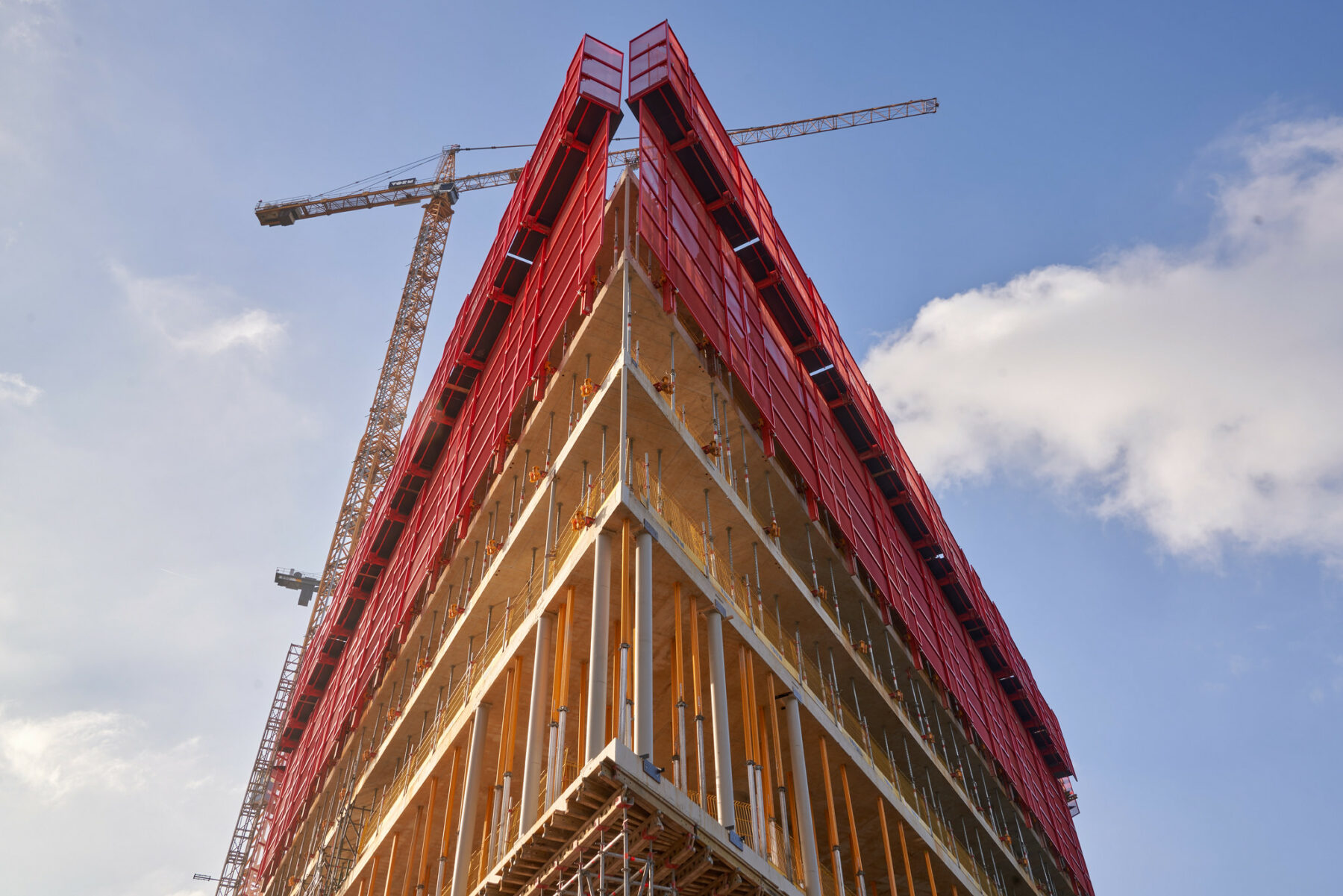 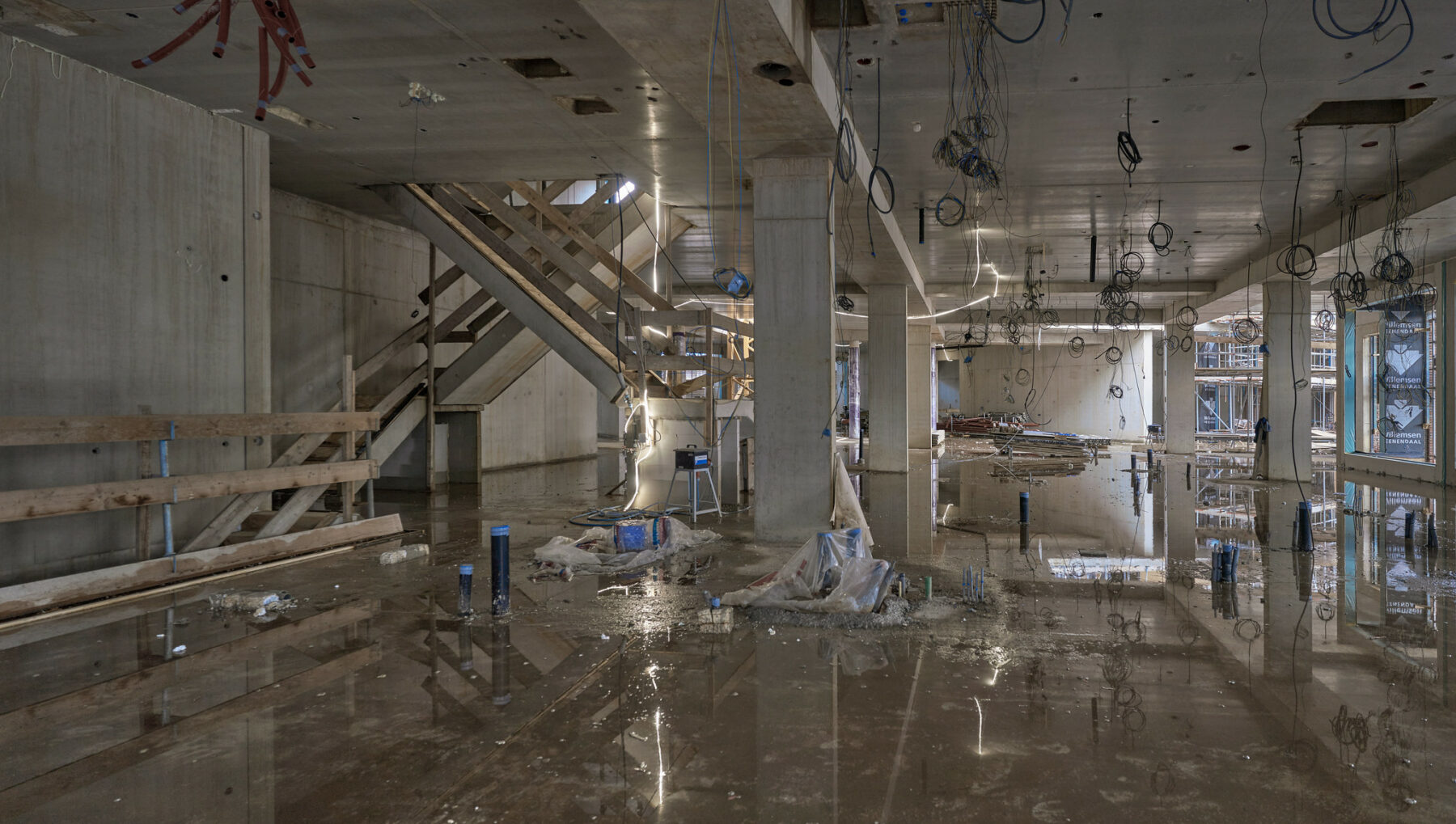 Two longer-term projects approached completion in 2022. We were able to announce the completion of Tripolis-Park, a huge complex next to the A10 motorway which includes two of the three Tripolis towers (which have protected status). The Edge Stadium on Fred. Roeskestraat and Tower Ten of the WTC have almost been completed too. Construction continued on PI59 and the Strawinskyhuis, both in Prinses Irenestraat. The Vrije Universiteit Amsterdam began building the ADORE Research & Diagnostics Centre and also continued work on its Research Building on De Boelelaan. 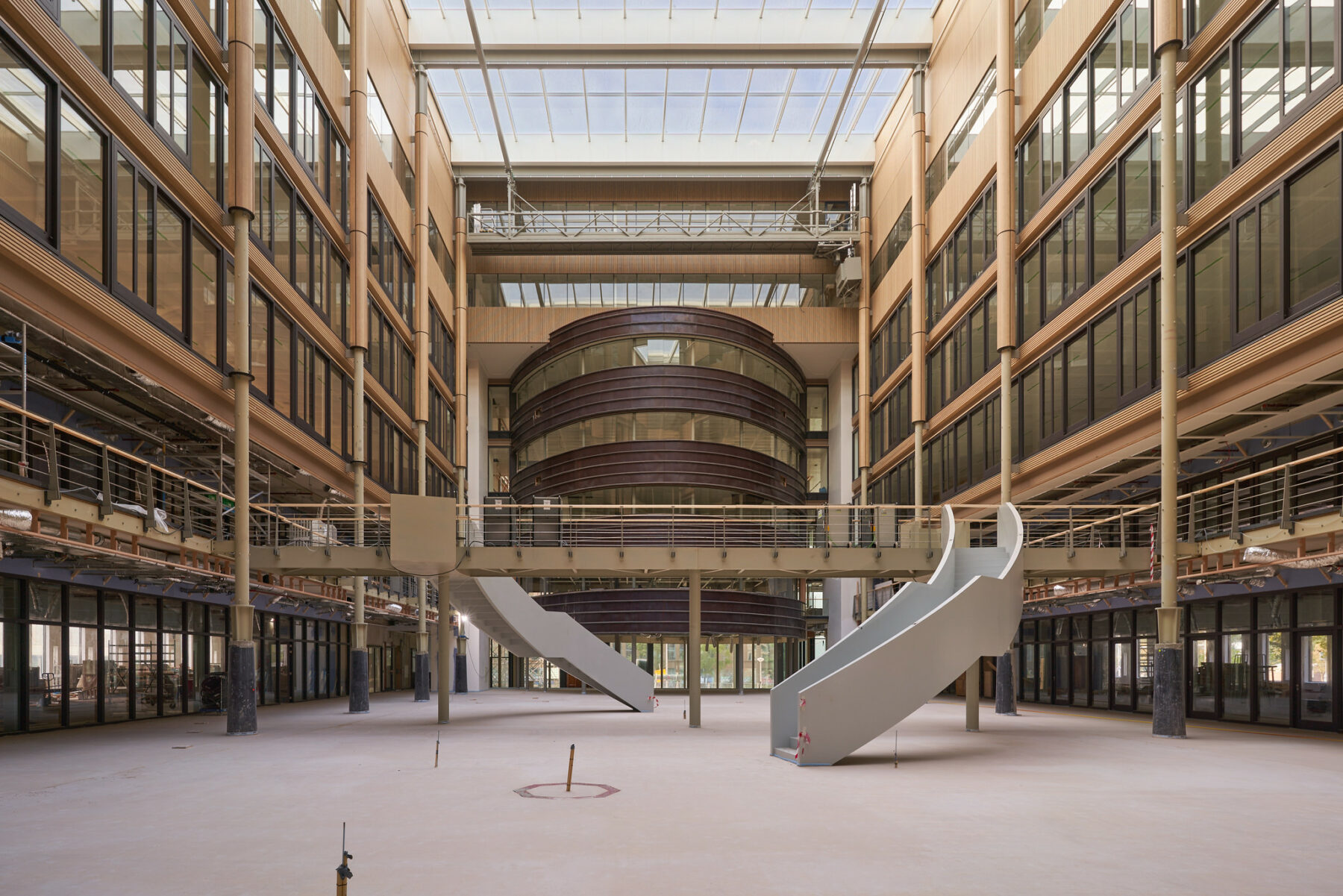 Tower Ten at the WTC is almost ready 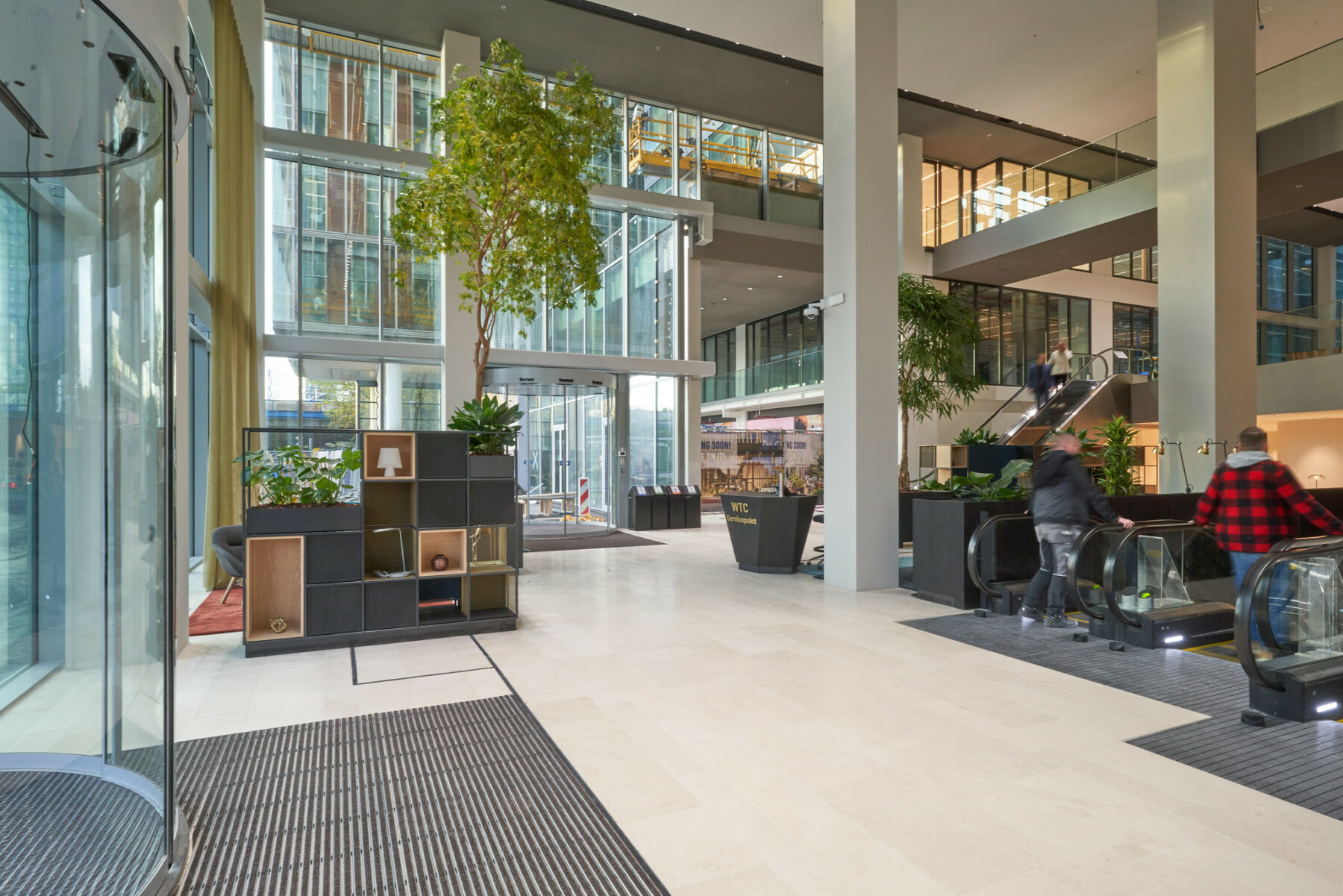 Marcel Steinbach
Strawinskyhuis, with a view of the Postcode Lottery building, June 2022 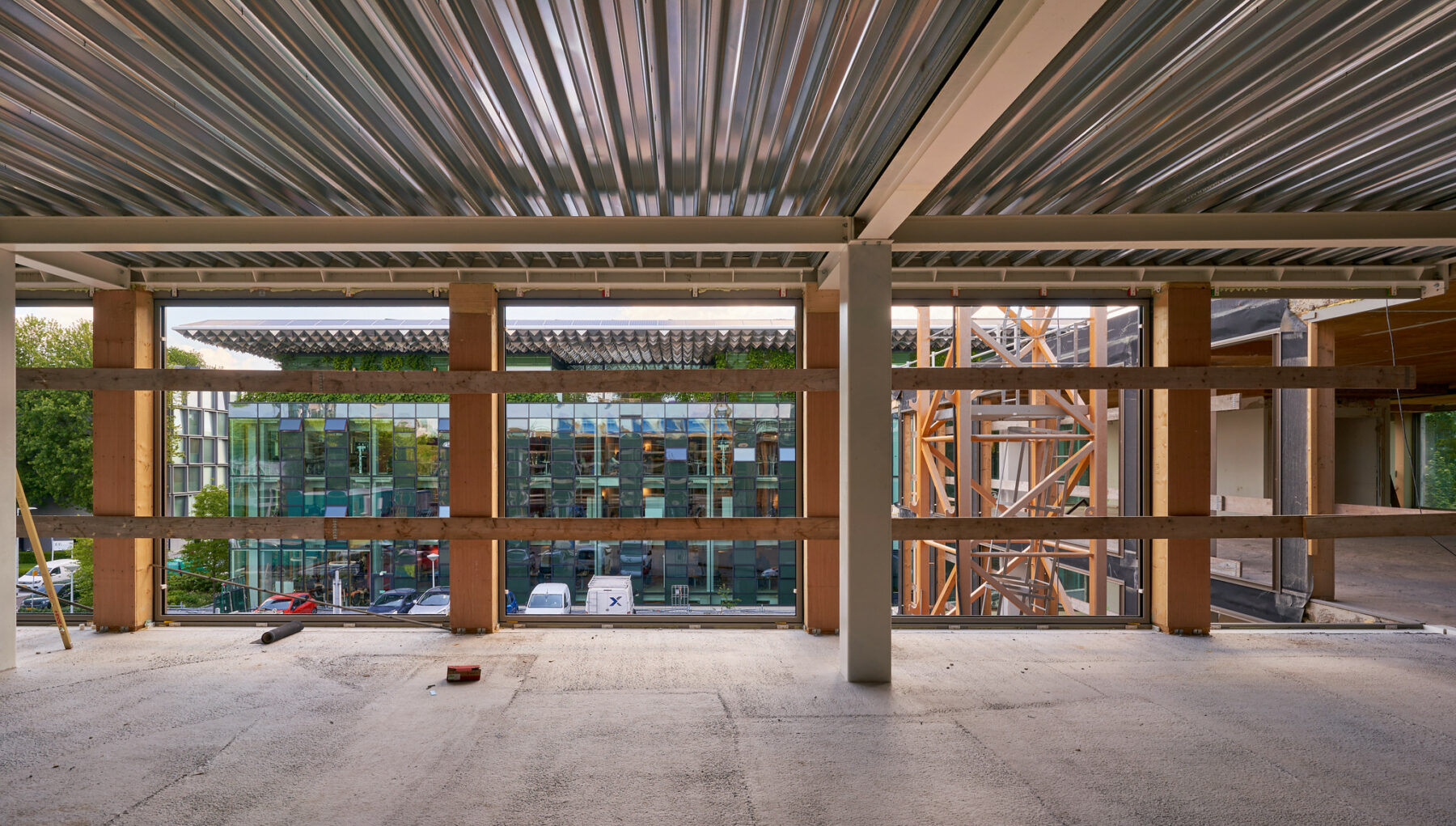 Marcel Steinbach
The Research Building is topped out, June 2022. 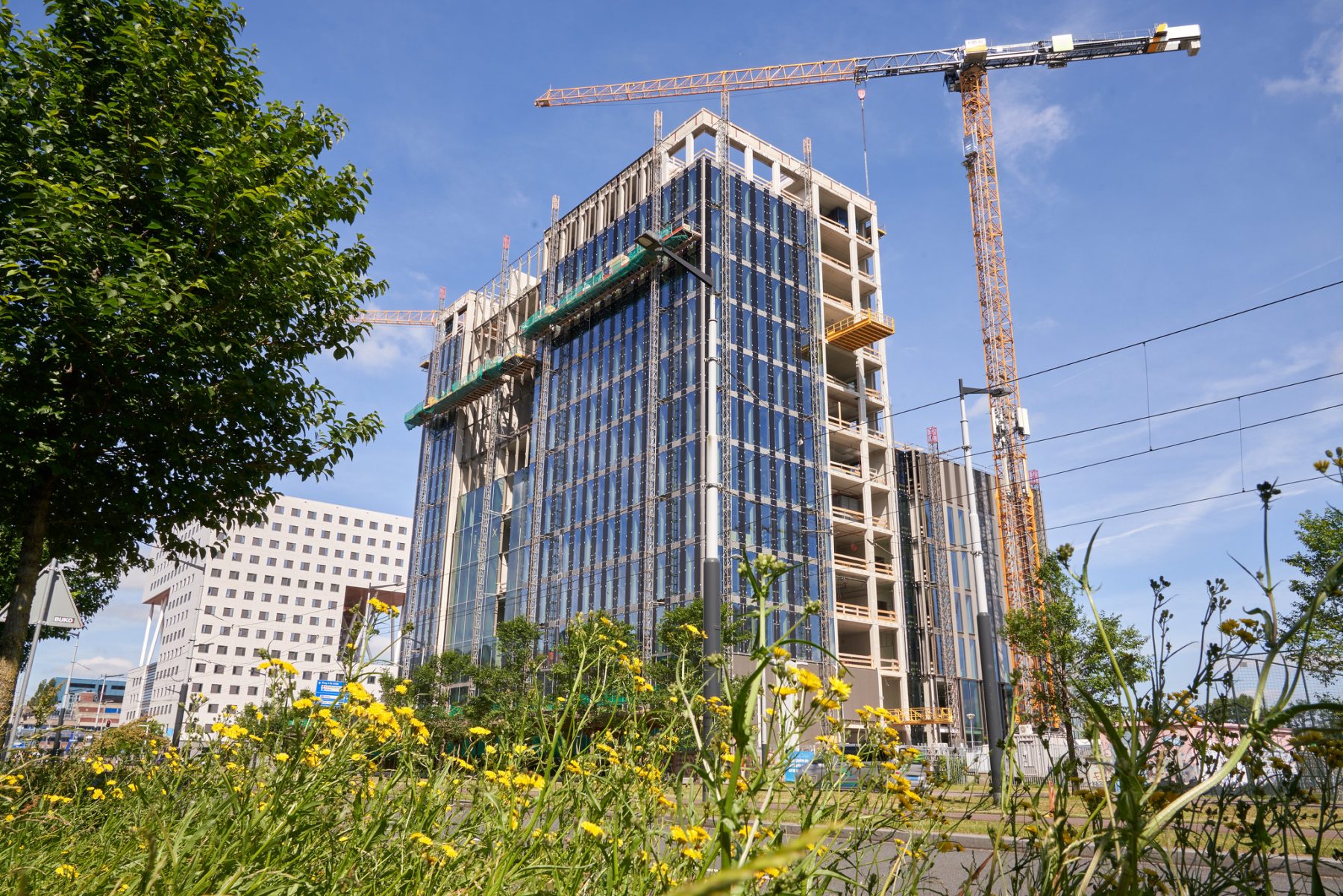 Not everything went perfectly though. At the start of the year, for example, we reported that the construction of approximately 500 homes on the site where the Sportshallen Zuid sports complex is currently located will take longer than expected. In April, it became apparent for the first time that uncertainty around construction costs is taking its toll: the Executive Board of the Amsterdam School of the Arts cancelled its plans to establish an annex of the Conservatorium van Amsterdam in Kapel & Convict, in the Beatrixpark. And the new city council decided not to go ahead with the OBA NEXT public library in Zuidas, but in Amsterdam Zuidoost instead, despite the fact that the plans were already at an advanced stage.

So much to celebrate

Fortunately, there was plenty to celebrate too. First of all, the arrival of a museum for contemporary art in the former courthouse building (part of which is a protected monument) started to look a lot more certain. And after a long period of consultation and implementation, we were finally able to open the local park on Europaplein in November. We also made some excitement for ourselves. On a swelteringly hot Dutch Building Day, visitors from far and wide were entertained by a large number of guided tours. And right in the middle of summer we got together again on Mahlerplein for the Zuidas Summer Shack. The aim was not only to give people information about all the construction activities, but also get them involved in other ways – dancing, taking photography lessons and painting sections of the A10. In September, there was a free open-air concert, also in Mahlerplein, with music by female composers.

Jan Vonk
A museum for contemporary art will be housed here 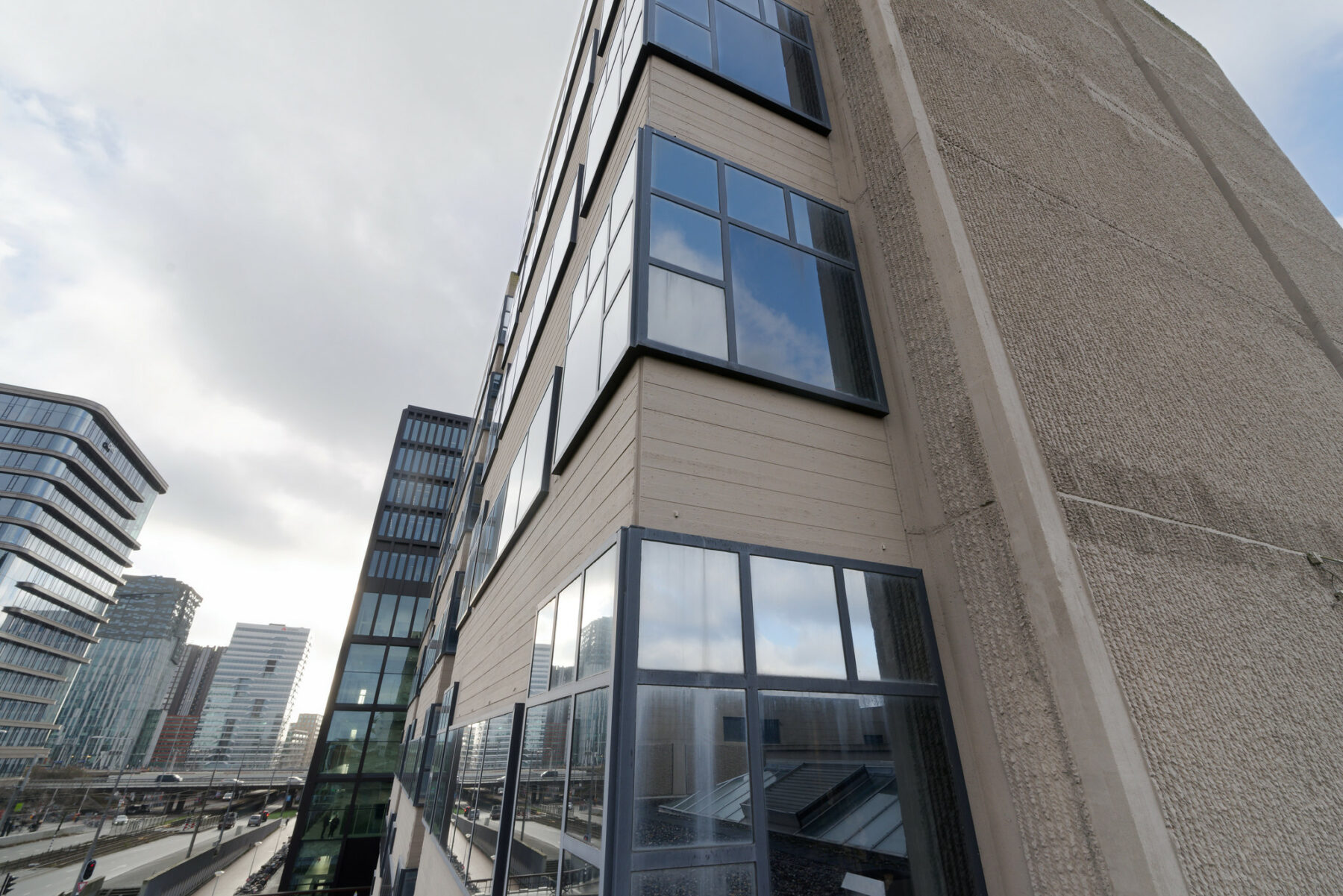 Marcel Steinbach
Lots to do at the Zuidas Summer Shack All in all, 2022 was a busy year, and 2023 will be even busier. Would you like to find out about what’s in the pipeline? Then why not visit our information centre in the WTC? We haven’t had the chance to tell people yet, but our wonderful scale model has been completely updated and the rest of the information centre is also undergoing a metamorphosis. So why not drop by in 2023? You can be sure of a warm welcome!